This is one of my favourite places in New Zealand. No, in the world. It has everything. You want to party? There are over 150 bars and restaurants that want your cash money. You want to shop? Fill your bags with souvenirs to take home to your grandma. You want to throw yourself off high things without dying (hopefully)? Queenstown has bungy jumps and canyon swings galore. Save a lot of time and dollars for this town, you’ll need it.

Another beautiful lake surrounded by mountains. You can relax on the beach or find yourself a barbeque. Go for a swim or take a vintage steamship cruise on the TSS Earnslaw. Walk around the lake for views that change with each bend, from the hill of the deer settlement that was the location of Rohan in the Lord of the Rings, to the cobble-stoned streets of the town itself lined with shops and bars. 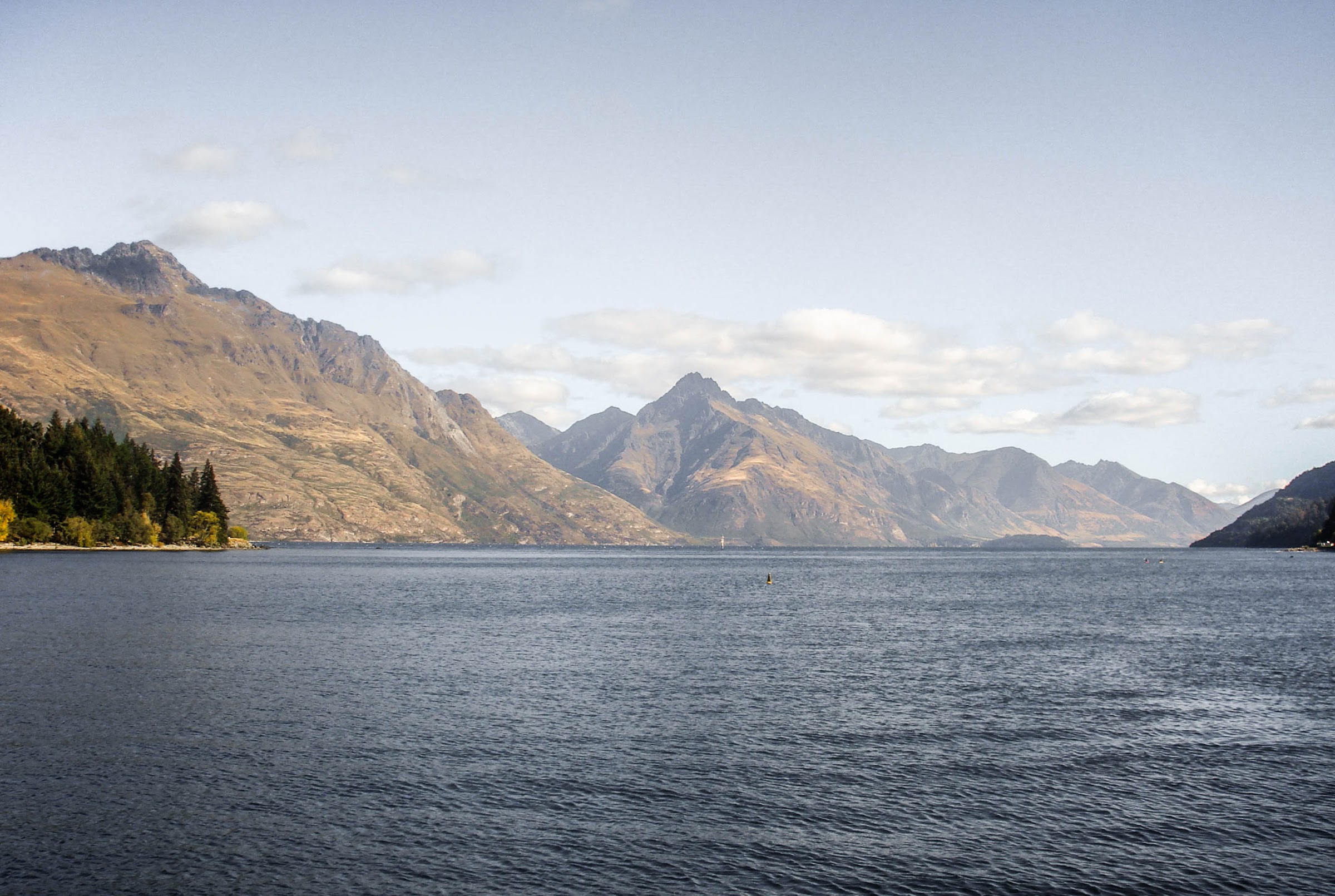 This has to be the most popular activity in Queenstown. You can’t come here without throwing yourself of some high up structure tied to an elastic band.

You can be dunked into the river at the Kawarau Bridge, the world’s first bungy, at only 43 meters high. This was my choice, it almost made me cry, and I even did it tandem so I wouldn’t have to make myself jump. There is nothing reassuring about having some dude wrap a towel around your ankles followed by some Velcro. That is it. I am not exaggerating. Literally, towel and Velcro holding my skinny ankles and tiny feet in place.

You can choose to jump however you like at the Ledge Bungy which sits on a hill 400m above the village and lake. Run and jump, see how many times you can flip, ride a bike off the edge, whatever you want. And why not? If there’s a chance you’re gonna die, might as well go out in style.

If you’re totally insane you can choose to throw yourself from a cable car 134 meters above a rocky canyon on the Nevis Bungy. I’ve done higher than this now, and I can’t wait to conquer old fears and do this if I ever get the chance. 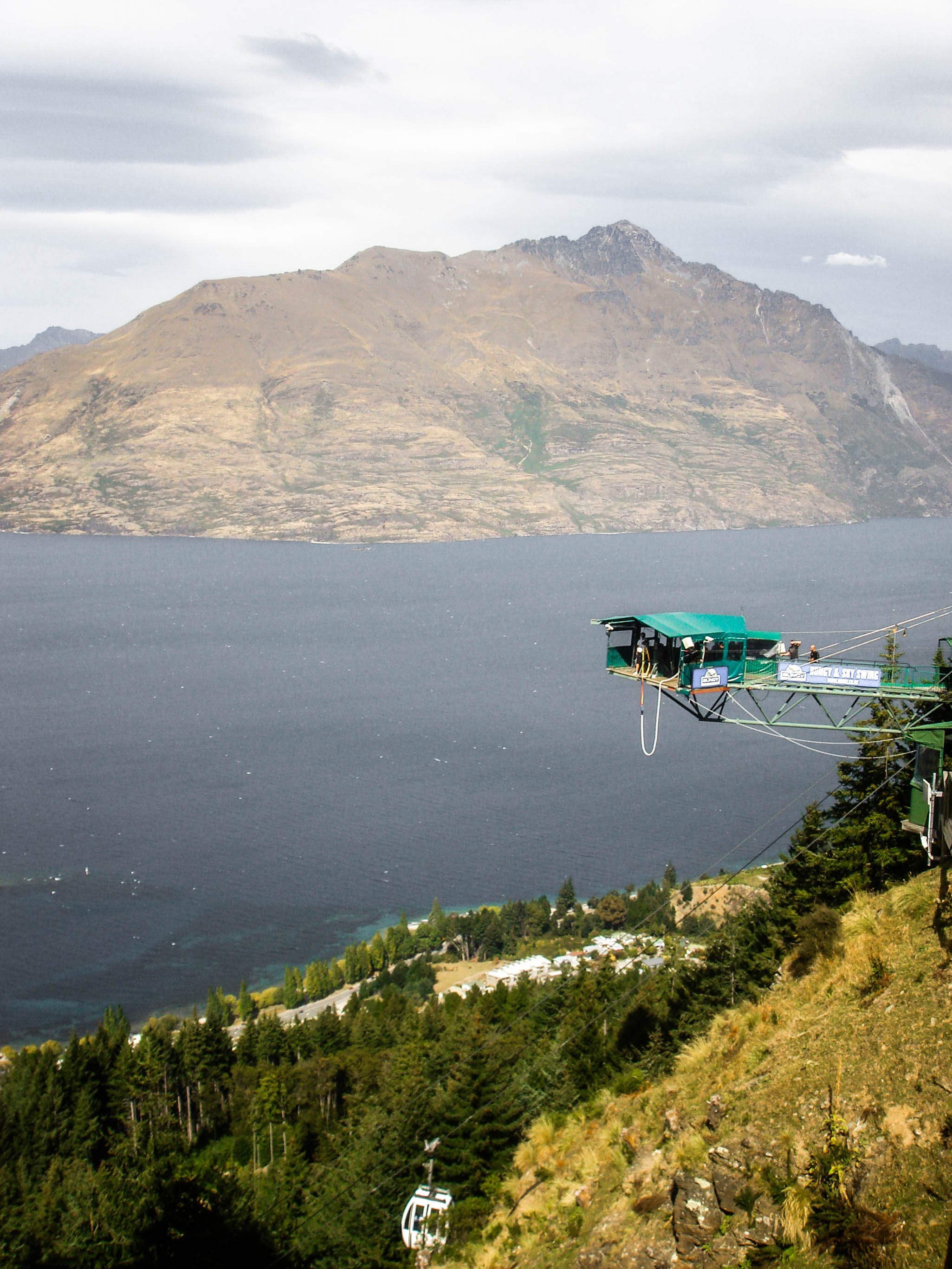 You can choose from the Nevis Swing, 160 meters above the same canyon as their bungee jump, or the Ledge Swing, because why not? Or you can choose my personal favourite, the Shotover Canyon Swing. Another extremely high thing to fall off of. I happened to do this one four times.

It’s 109 meters above the Shotover River and they have a list of different jumps you can try from face first ‘muff diving’ to falling in the ‘Chair of Death’, where you are literally tied to a garden chair and made to rock off backward like you used to in school, except this time you actually fall – for 60 meters – before being swung out over the river towards the other side of the canyon. It’s unreal. 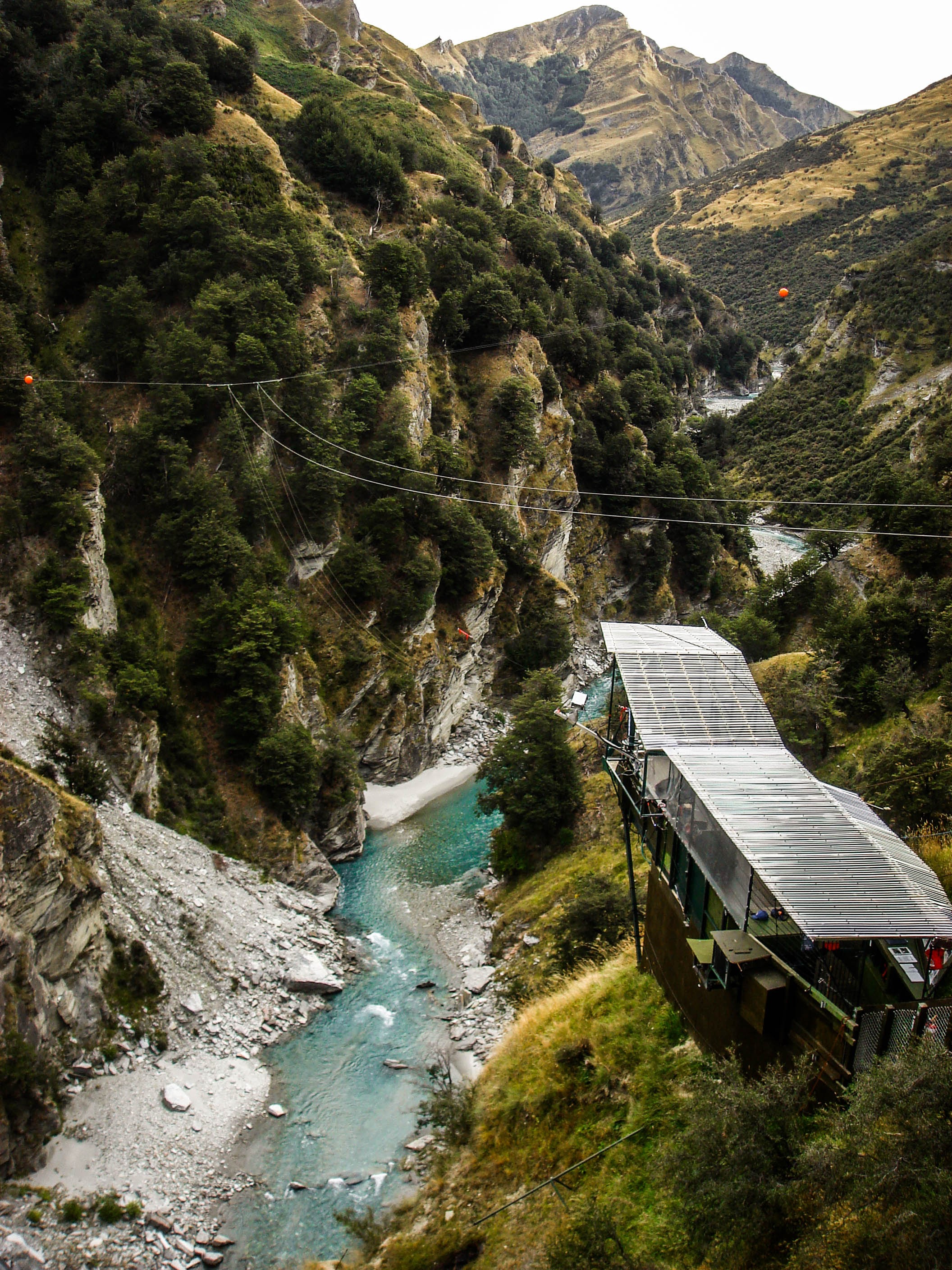 No, not some guys mid-life crisis. This is a hill in Queenstown with a whole bunch of fun on it. You ride the Skyline Gondola 450 meters above the town with fantastic views of Lake Wakatipu and the surrounding Remarkables mountain range. Also Rohan for all you Lord of the Rings fans. From way up here you can hit the Skyline Luge track, where you race tiny plastic carts down concrete tracks with nothing but gravity pulling you down. It’s fun until someone takes a corner too fast, rolls their cart, and looses some skin. Grab lunch with a view at the Stratosfare Restaurant & Bar. There’s also walking tracks and mountain bike trails, stargazing tours at night, and of course, the Ledge Bungy. 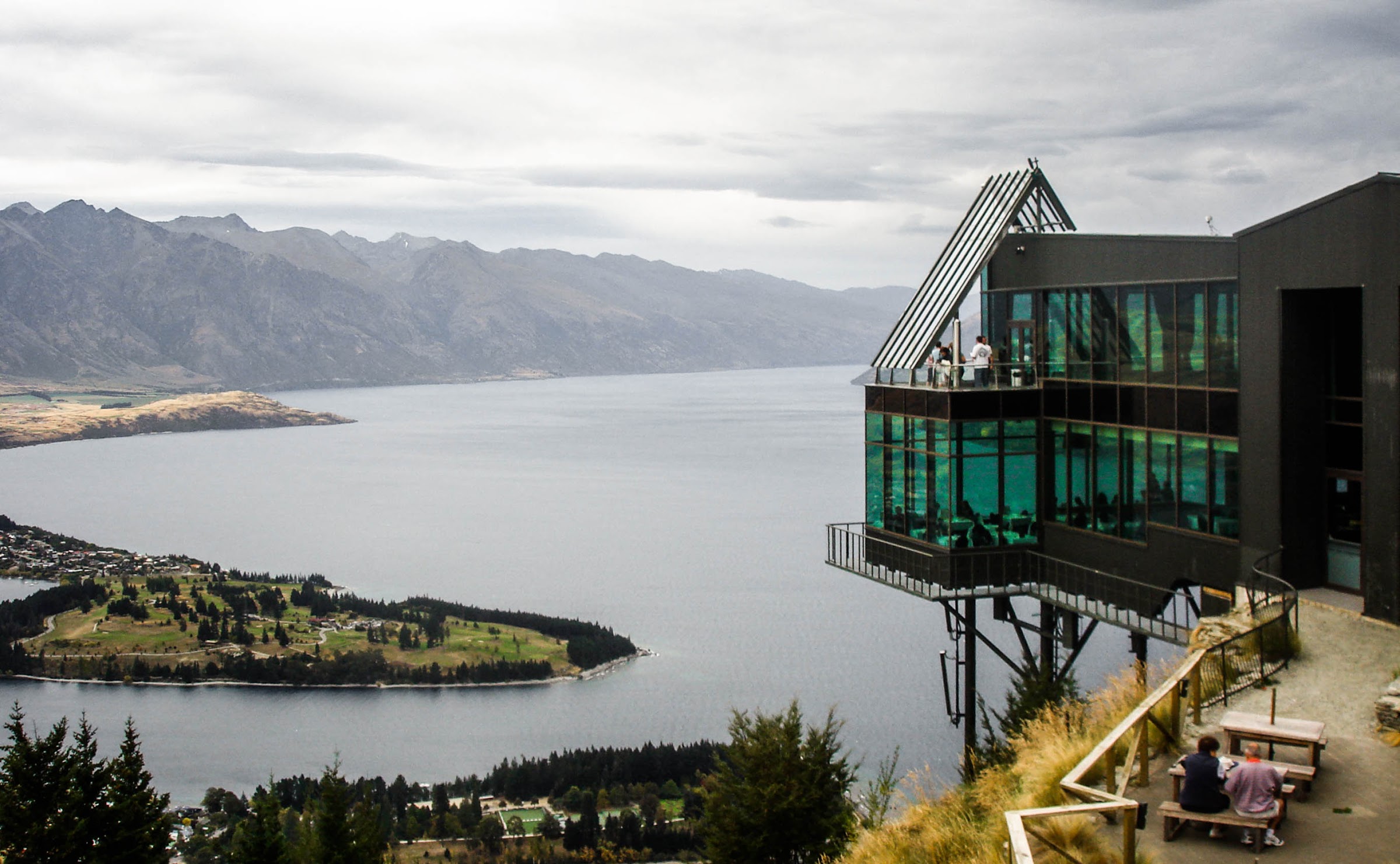 It’s a beautiful little park that is big enough to spend an afternoon wandering aimlessly around in, riding a bike, chilling by the lake having a barbeque and a few beers, or reading a book by yourself if you need to get away. It’s also home to possibly the only free activity in Queenstown, Disc Golf. A full 18 basket course, it will either be the most fun you can have with a frisbee or you will end up trying to injure someone on purpose with it. The aim of the game is to throw the disc into the corresponding basket avoiding trees, people and the ponds. 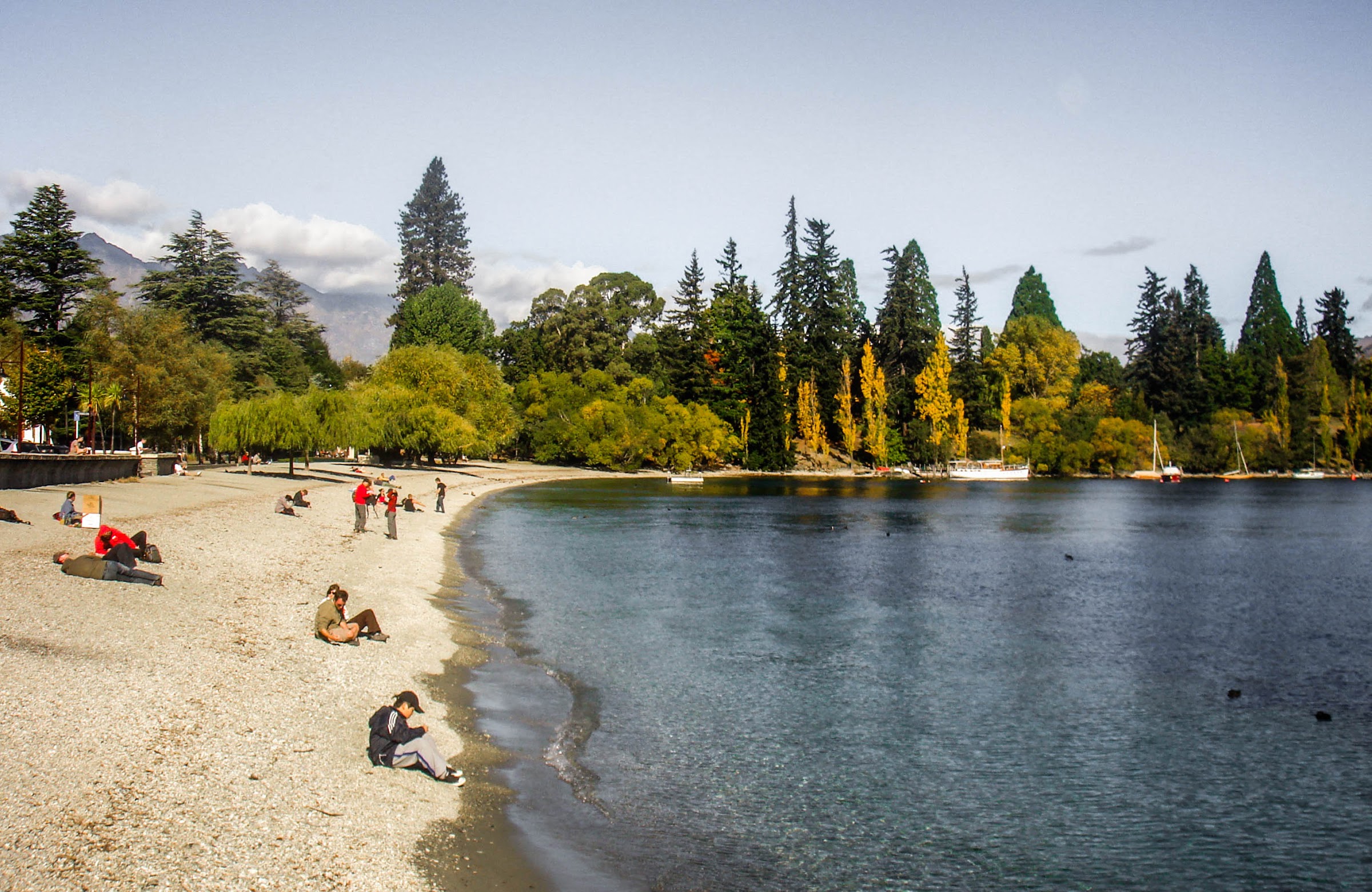 Another insane activity that was recommended for strong swimmers only, so naturally I ignored this very sound advice and went for it anyway, almost drowning in the process. Basically, it’s Grade III and IV rapids (depending on the time of year) on a bodyboard. Who needs a boat? Not these guys. They kit you out in wetsuits and helmets (because you wouldn’t want to hit your head while drowning) and spend a few minutes teaching you your new survival skills.

You rip down the rapids trying to keep your shit together enough to swim in the right direction and not panic when a mini-whirlpool pulls you under because you can’t fight it. Once you make it through alive you relax in the slow part of the river before being dragged behind on a jet-ski to the playground. Cliff jumps, slides, and swings, it’s the best part of the tour! 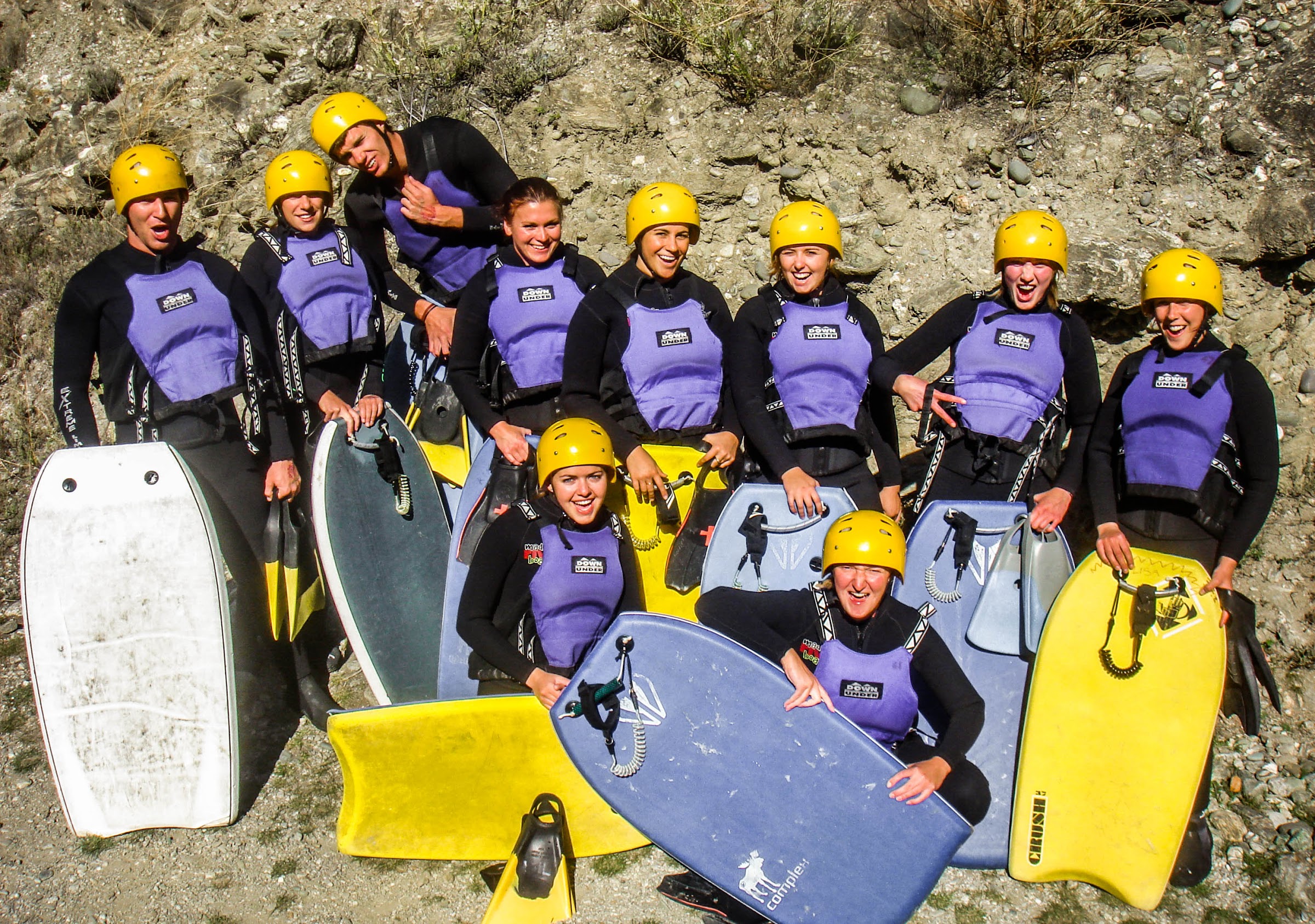 It’s only slightly cheaper than hitting the hills in Wanaka but you’ve got the benefit of being in Queenstown. You have two options, Coronet Peak or the slightly higher elevation of The Remarkables.

The views are incredible, there is something for everyone (even if you’re a total wimp like I was at the time) and they did night skiing while I was there which is always a good adventure, especially when it’s a whiteout. Who needs to be able to see anything when they’re falling gracefully down a mountain? Rent your gear, pack a few beers and hit the slopes. 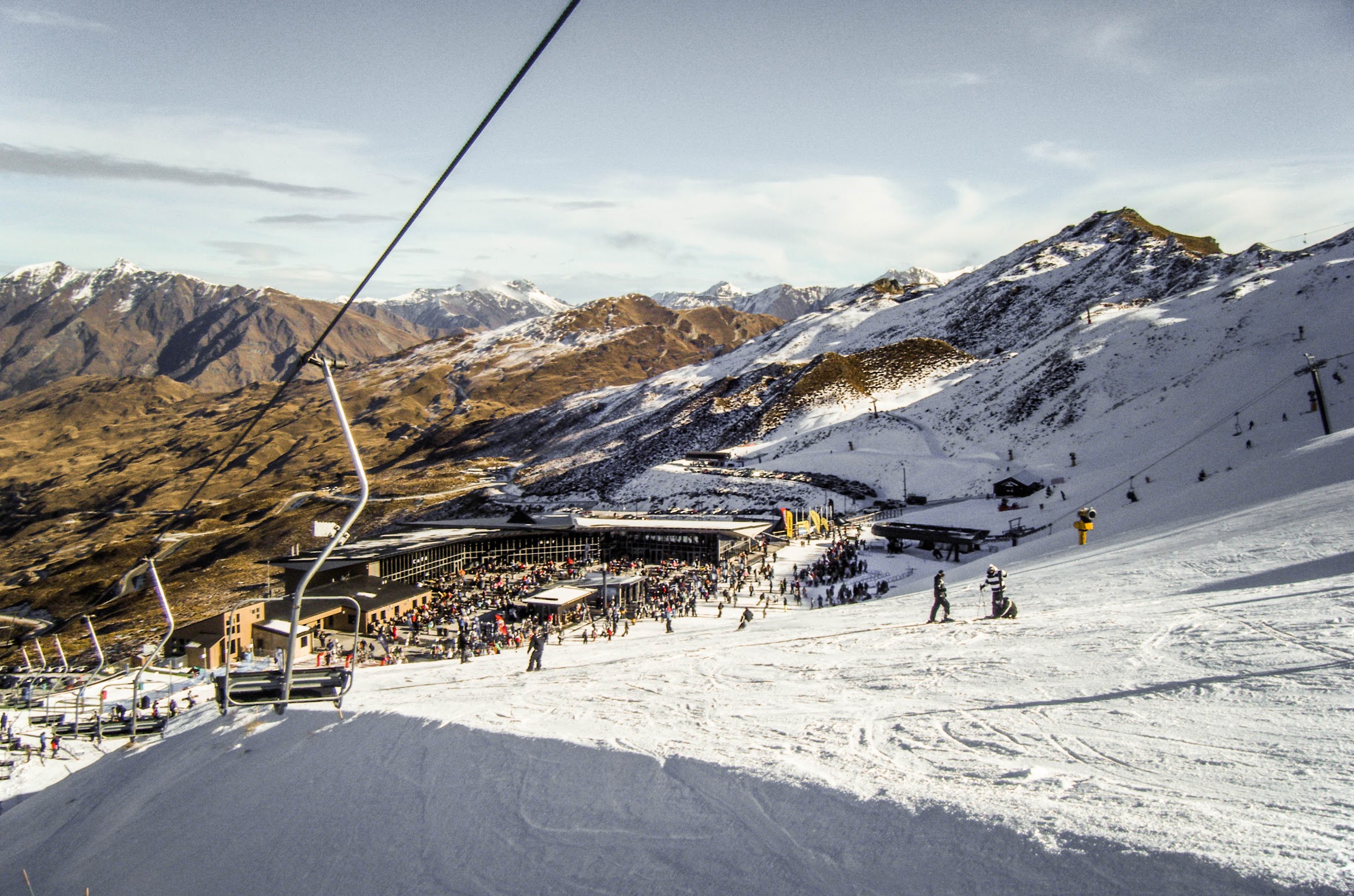 There are literally a million other bigger, crazier things to do in Queenstown if you have the time, money and guts to do them. You can also relax on the beach, hike around the lake or find a quiet cafe to relax in. This town has it all. Including the coolest mini-golf course I’ve ever played! 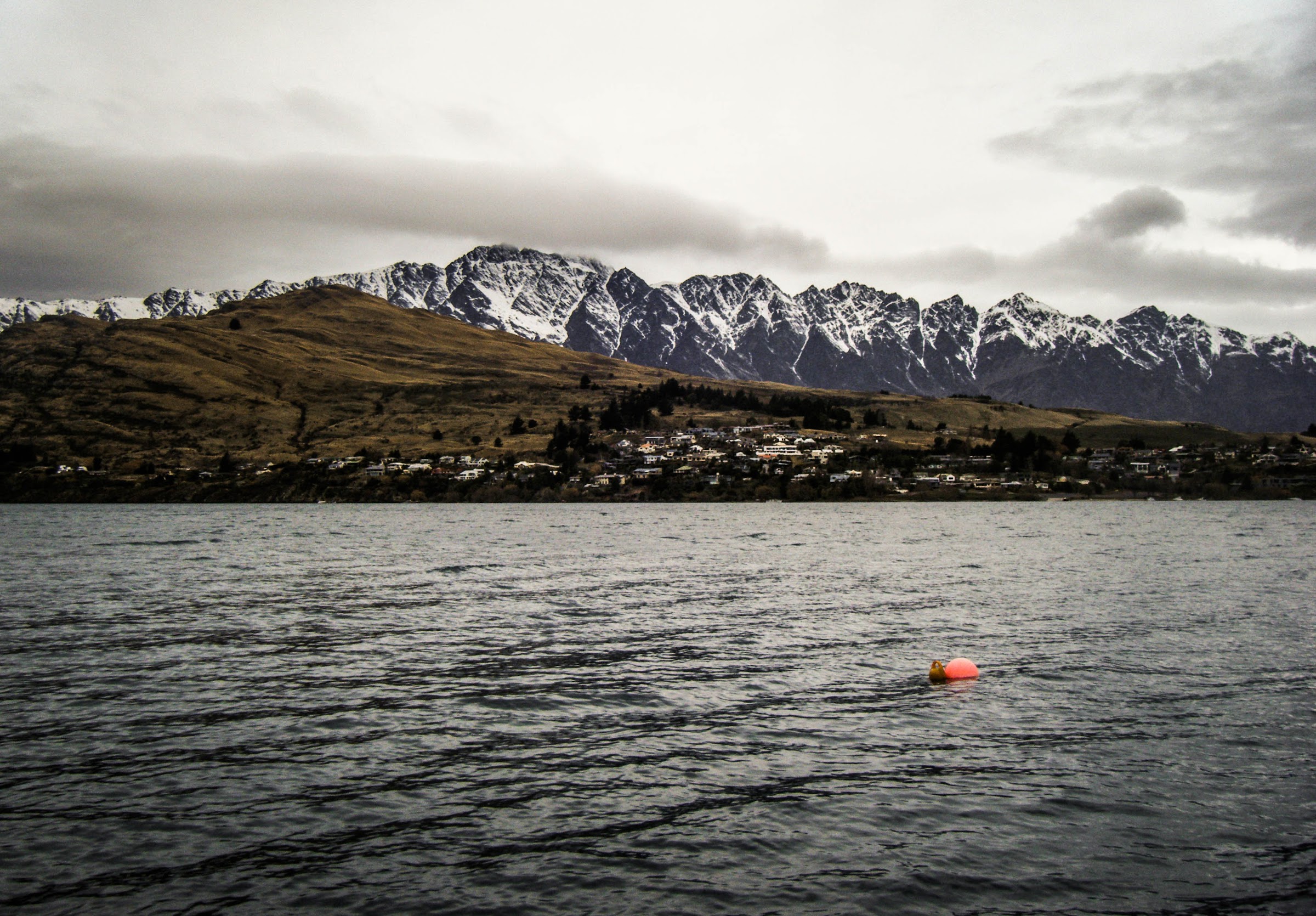 One thought on “Things to do in Queenstown”