After arriving home from my first solo round-the-world trip I gave myself two weeks to unpack, say hello to friends and family, pack my snowboard bag and hit the road again. This time for the snowy mountains of Verbier near the French border of Switzerland. I had no job, no plan, not even a return flight. Just a couch to crash on and my first snowboard to ride on.

The first thing you should know about Switzerland is that it’s very expensive. By some miracle, I had money left in my account after my round-the-world adventure so I wasn’t under a huge amount of pressure to find a job in Verbier, but if I got one I could have done a lot more here.

As it was, I resorted to eating pasta every day, pre-drinking at home before nights out, only buying the cheaper lift pass for the lower slopes of the mountains and only on the blue-bird or powder days. If you’re on a budget think about staying down in Le Châble, just 10 minutes down the very windy mountain road, you can take the gondola while it’s open and hitchhike safely when it’s closed. 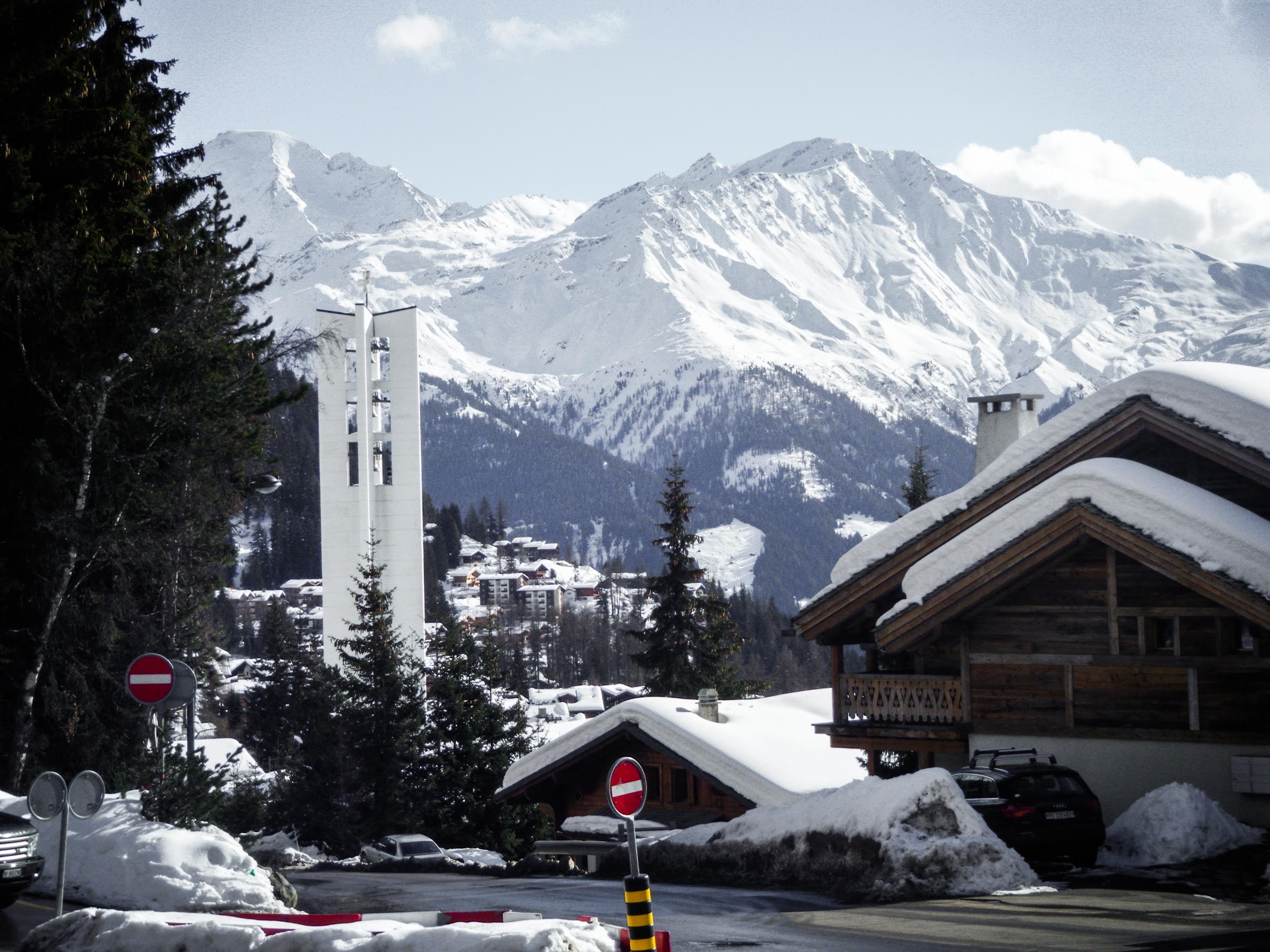 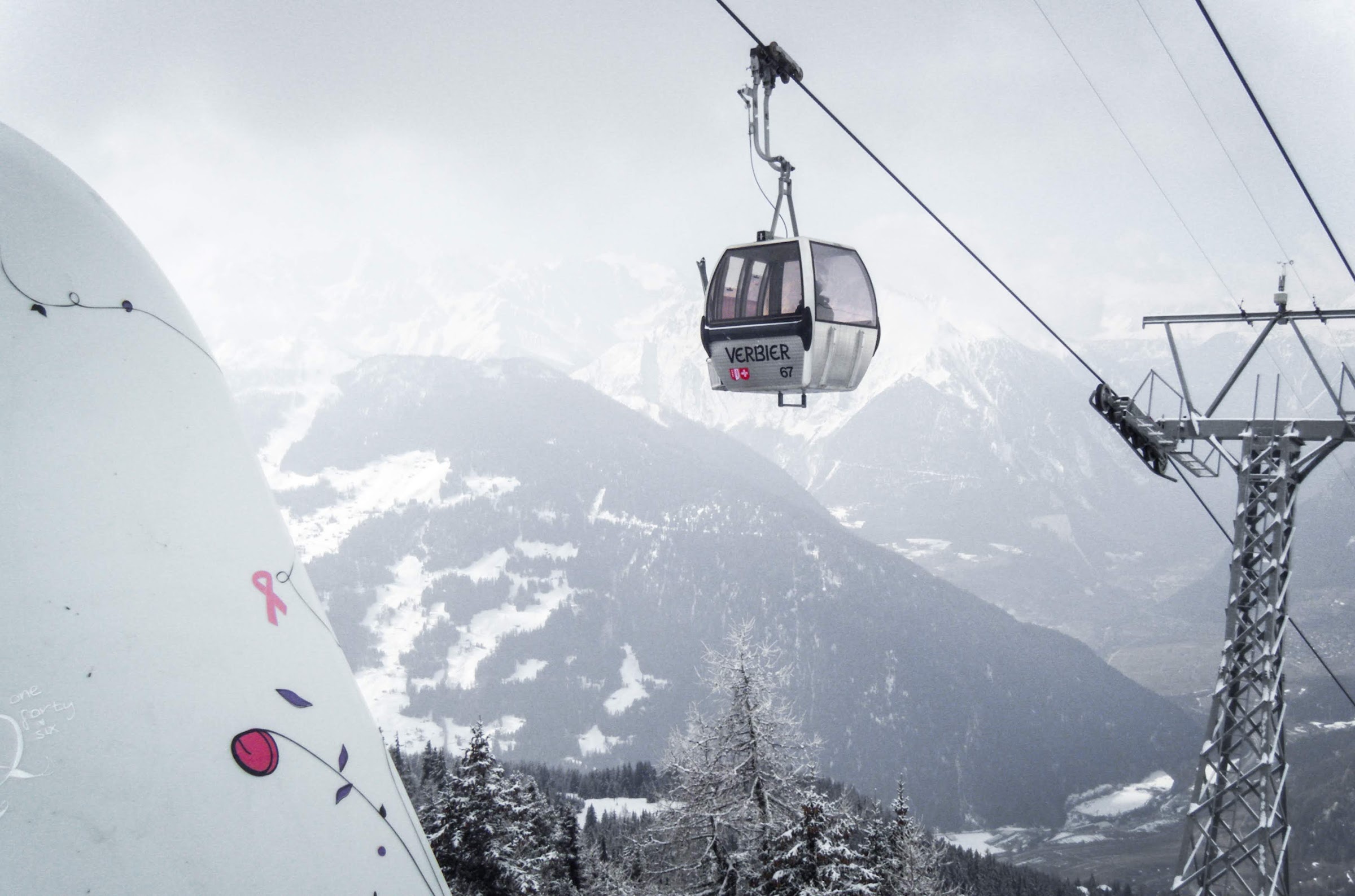 All of the snow

The second thing you need to know is how huge this place is. The ski area is vast, spanning over four valleys conveniently called 4 Vallées, made up of four sections: Medran, Les Savoleyres, Mont Fort and Bruson.

It would take you hours to ride from one side of the resort to the other, and it would take days to ride all 92 ski lifts and 412km of marked pistes. It’s also known as one of the best off-piste resorts in the world, making it easy to escape the crowds and find that fresh powder.

There are 5 resorts you can visit during your time here; Verbier, La Tzoumaz, Nendaz, Veysonnaz and Thyon. Each little town has its own charm. I stayed in Verbier, the ‘international’ resort. Busy streets full of shops, bars, and cafes. It’s very upmarket, with expensive chalets and restaurants that cater to the rich, but if you know where to go you don’t have to blow all your cash in one night. 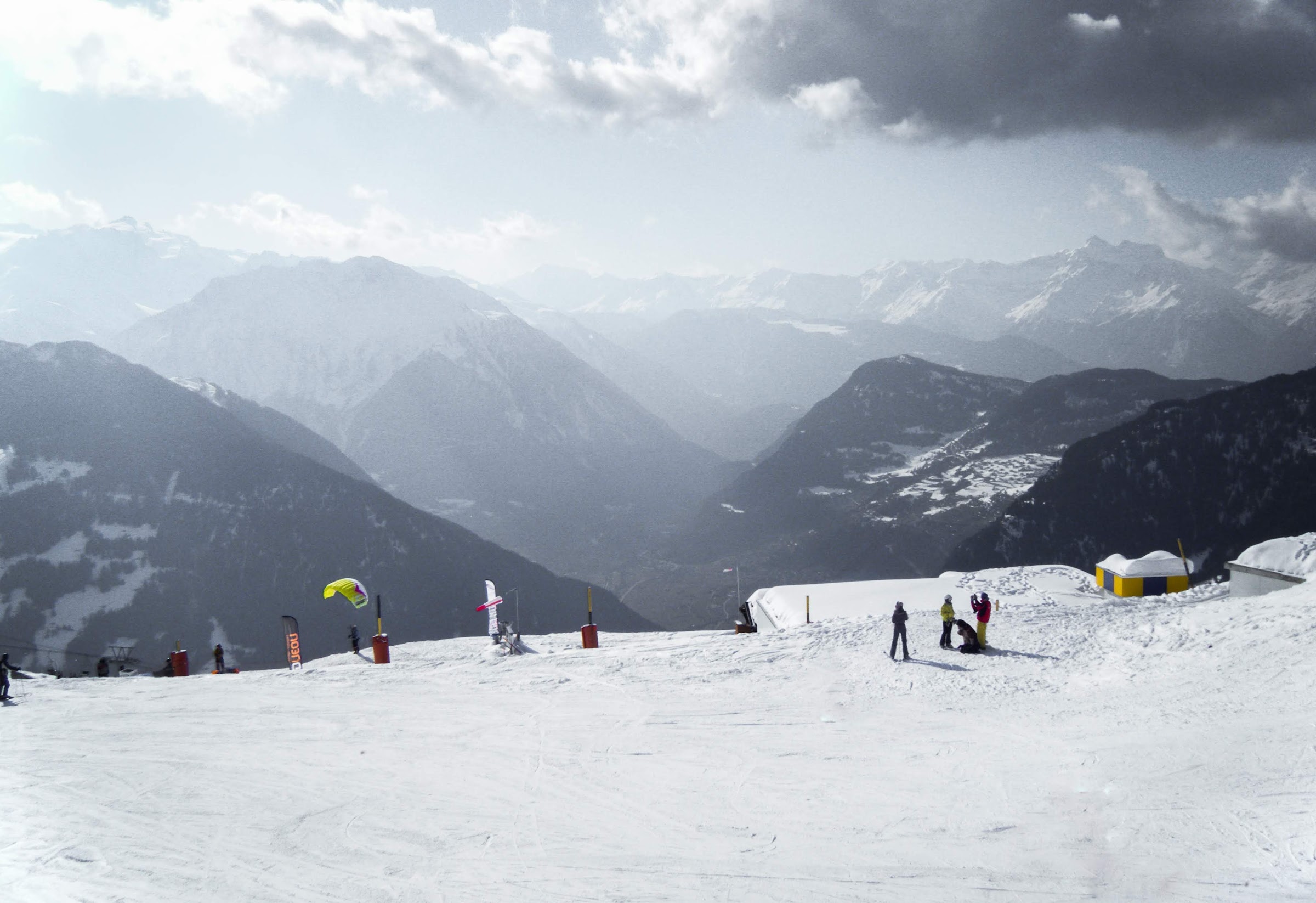 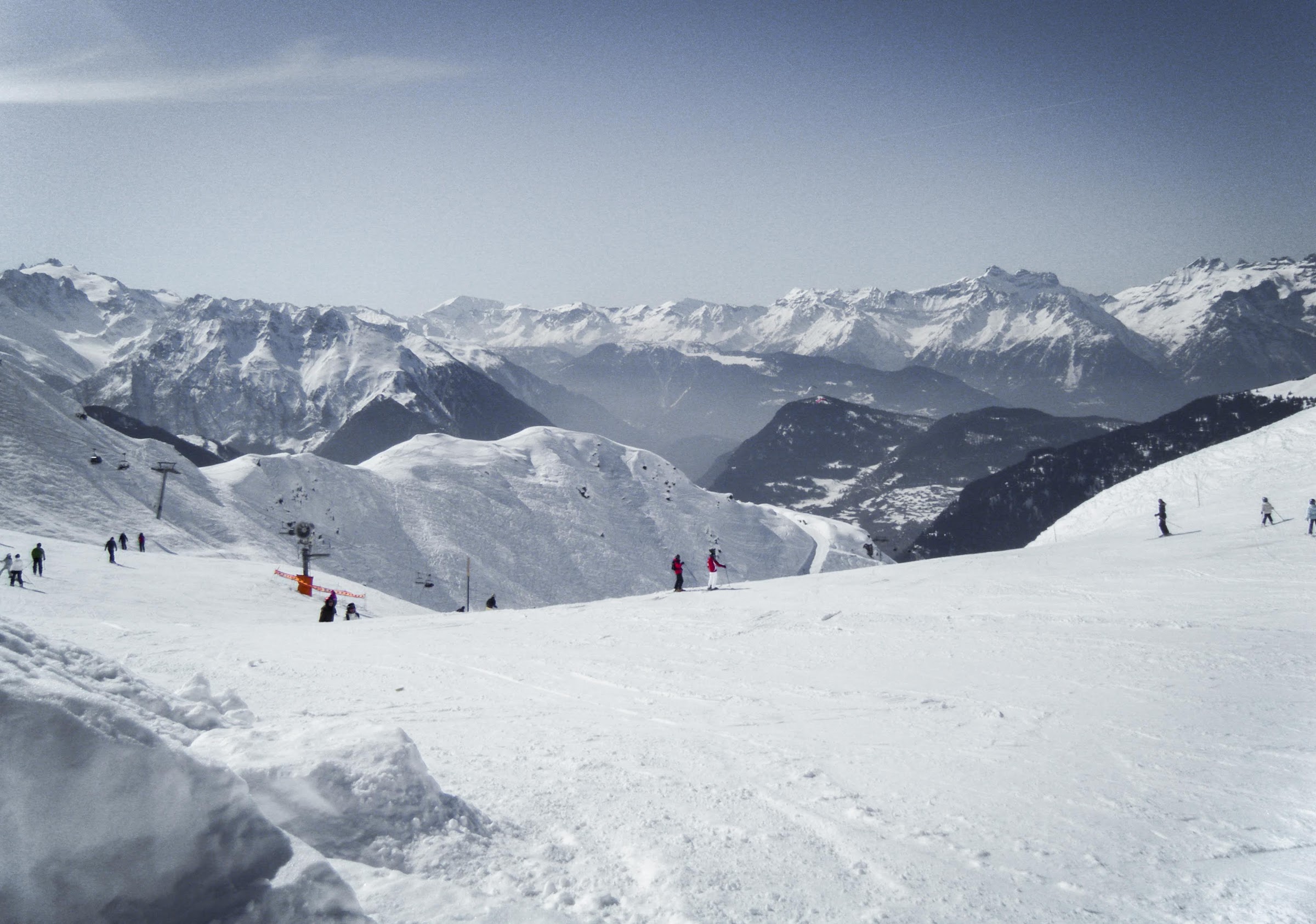 Europeans know how to après. At the end of a hard day skiing or snowboarding make your way to the very top of the highest peak and take a seat on the incredible panoramic terrace of Igloo Mont Fort. There are another 10 or so bars and restaurants on the way down the mountain, be sure to make a stop at Olympique and my personal favourite, Bar 1936.

If you’re still standing by the time you reach the village you will probably end up dancing on tables in your ski boots pausing only to take part in a ski shot. The beauty of starting so early? Finishing so early. You’ll be in bed before 10pm and feeling fresh the next morning! 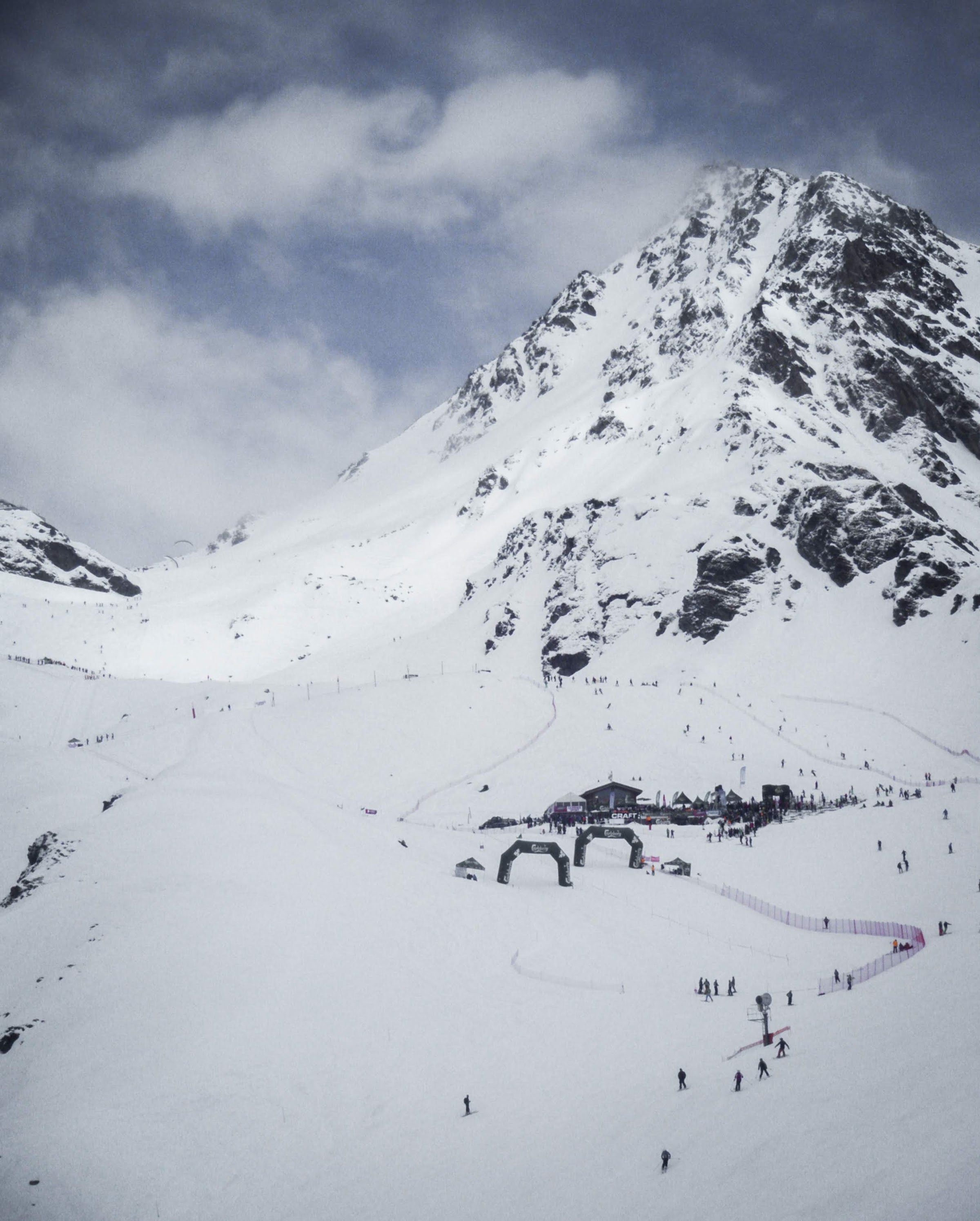 We were lucky enough to watch the pro riders compete in the Nissan Xtreme competition, and Xavier De La Roux walk away as the Freeride World Champion. Verbier and the surrounding resorts are hosts to a number of competitions throughout the winter. It’s incredible to watch these riders push themselves harder and harder each year to compete for first place and that big cash prize. 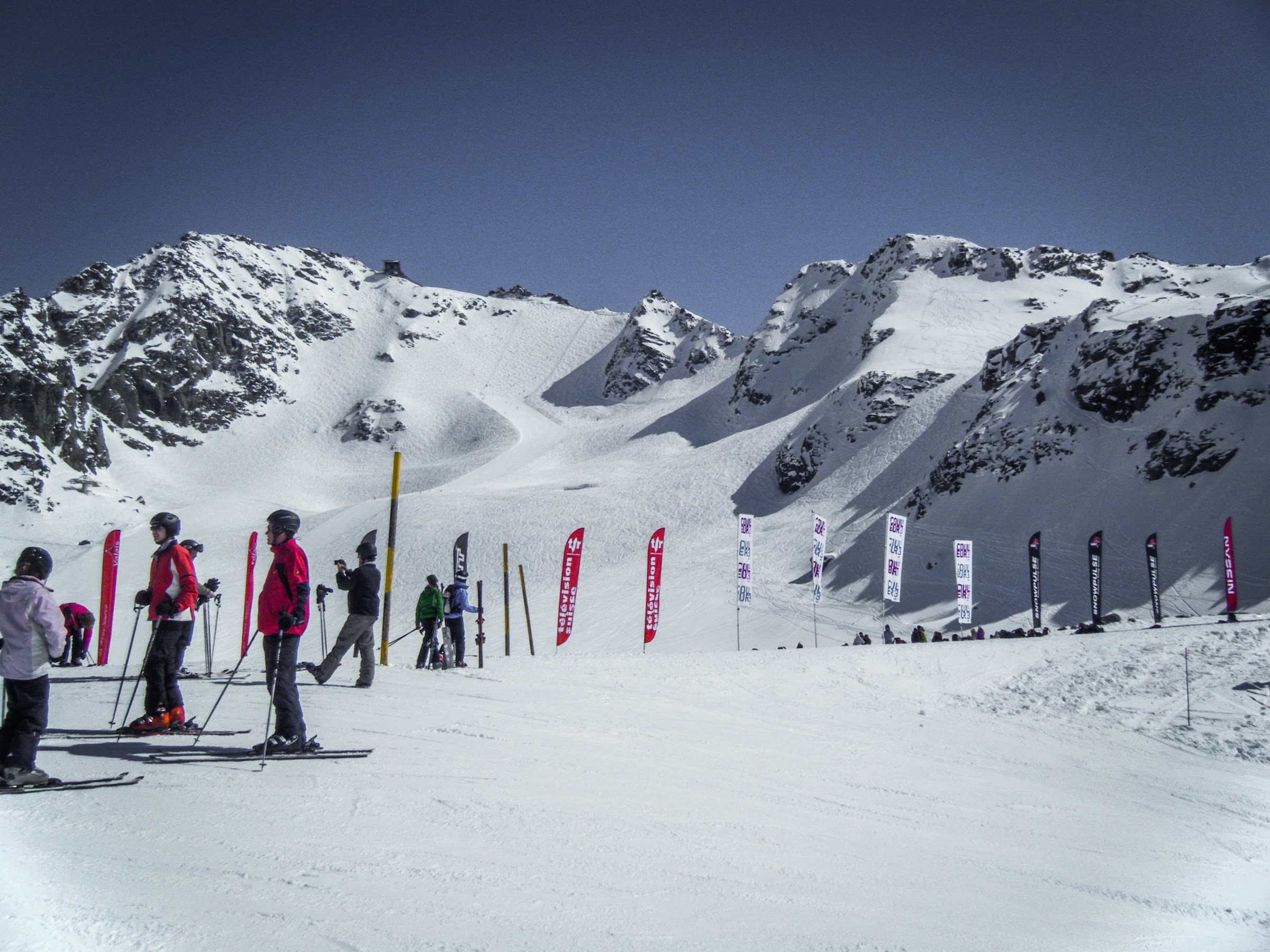 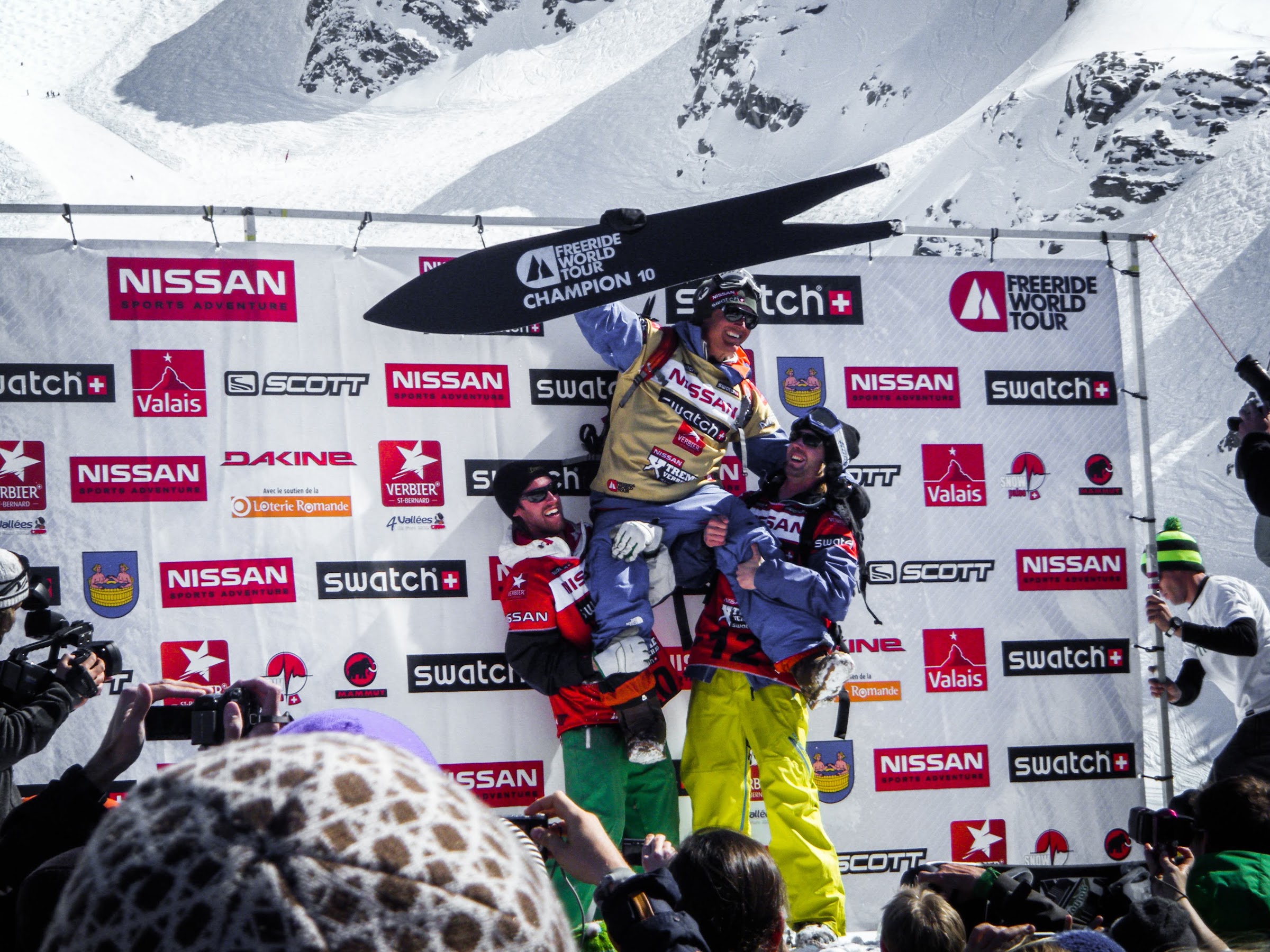 A short drive through the mountains and over the border into France brought us to the picturesque ski town of Chamonix just in time for another competition, the Boss des Bosses, ‘Europe’s biggest inter-resort moguls contest’.

Watch Swiss and French resorts battle it out for gold on this killer mogul field while you drink so much beer you can’t remember which snowboard is yours. The best part was the entire crowd racing to the bottom of the mountain at the end of the day, all drunk and ready for the after-party. 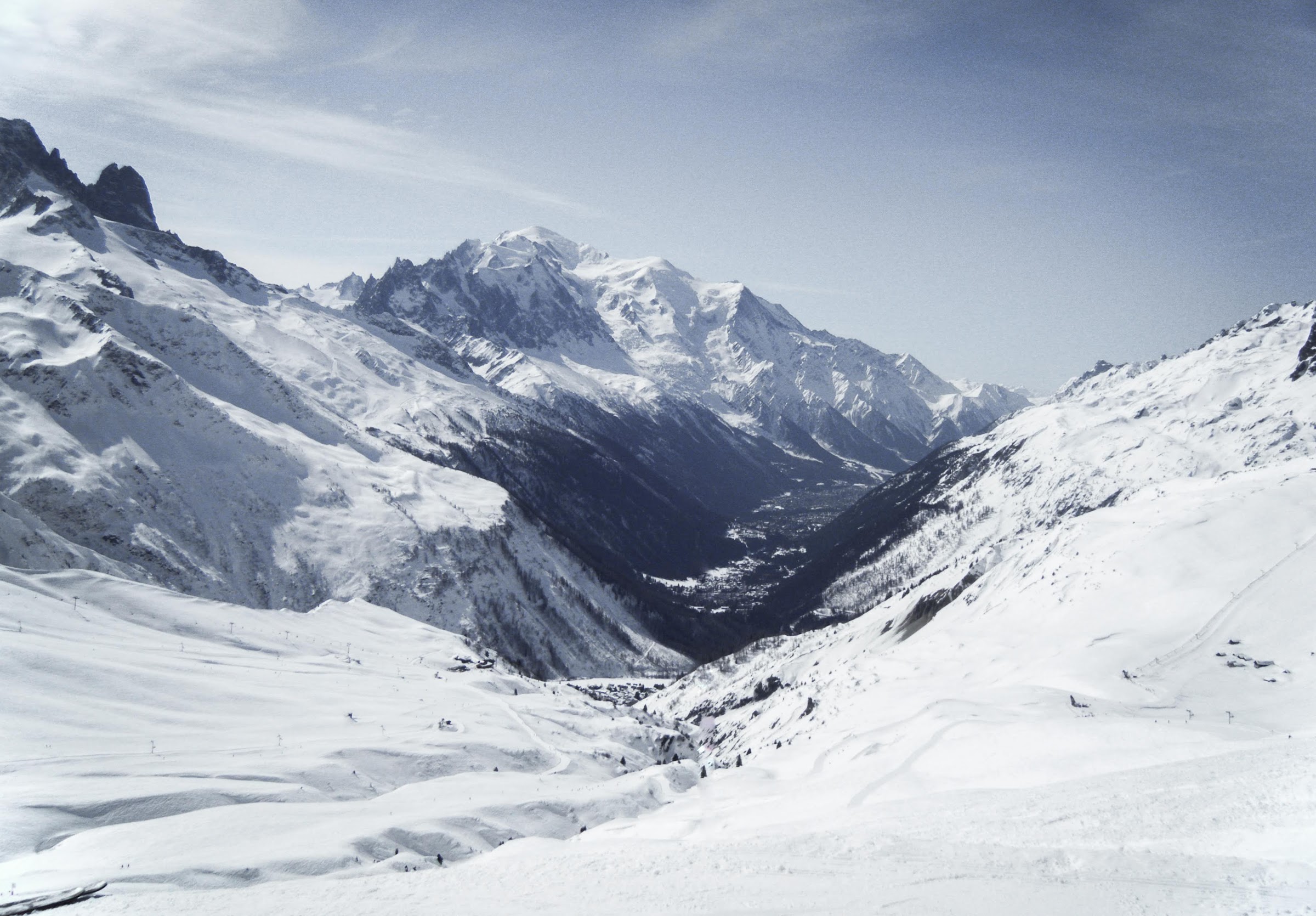 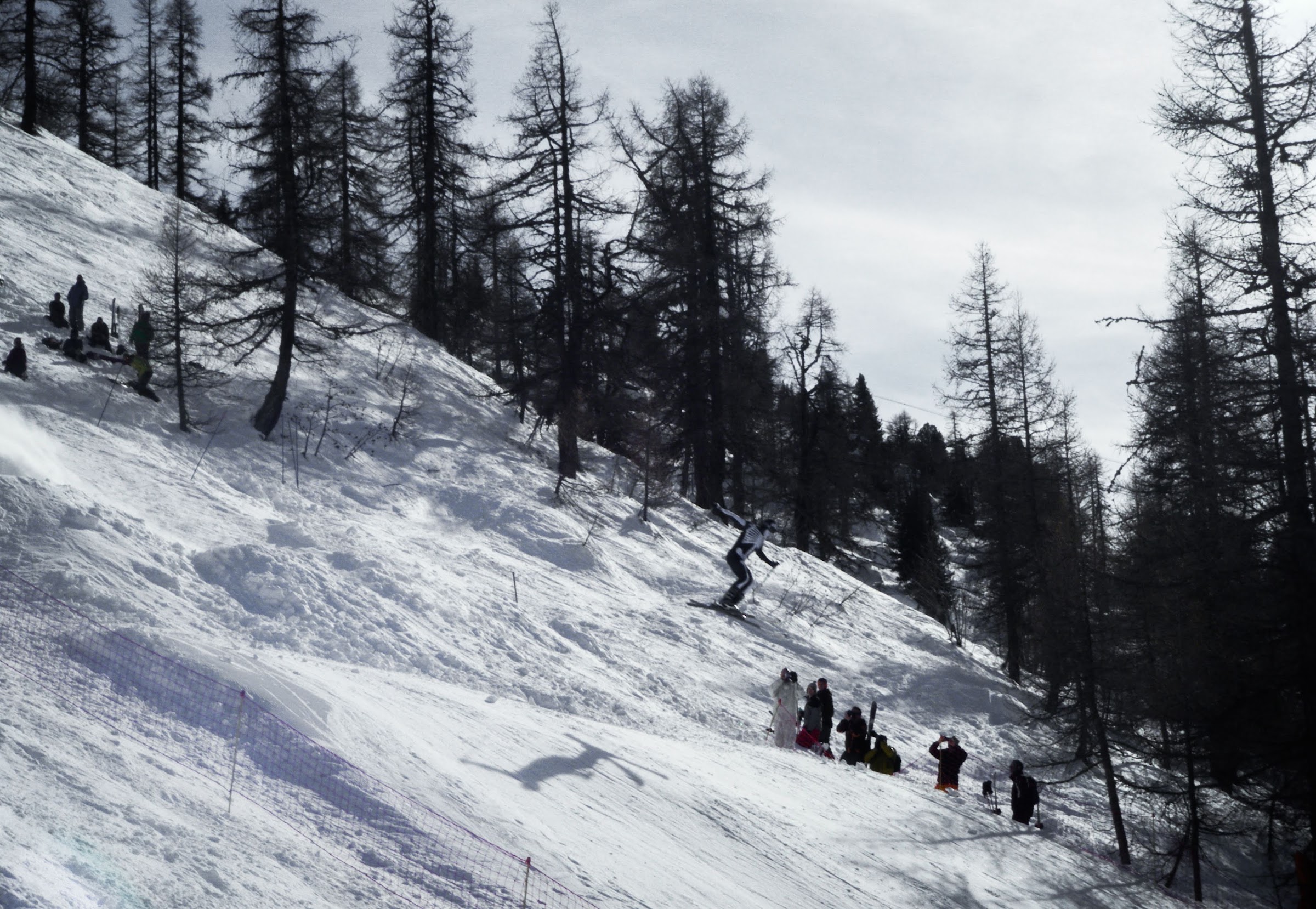 Martigny is a beautiful town a short drive from Verbier and Le Châble. You can explore the castle, meet the locals and taste some proper Swiss food in the form of a cheese fondue served with chunks of meat and bread.

The highlight is a trip to the Museum of St Bernards. You can learn how these dogs became a part of the Swiss mountain culture and you may even be lucky enough to meet one or two of the local residents. 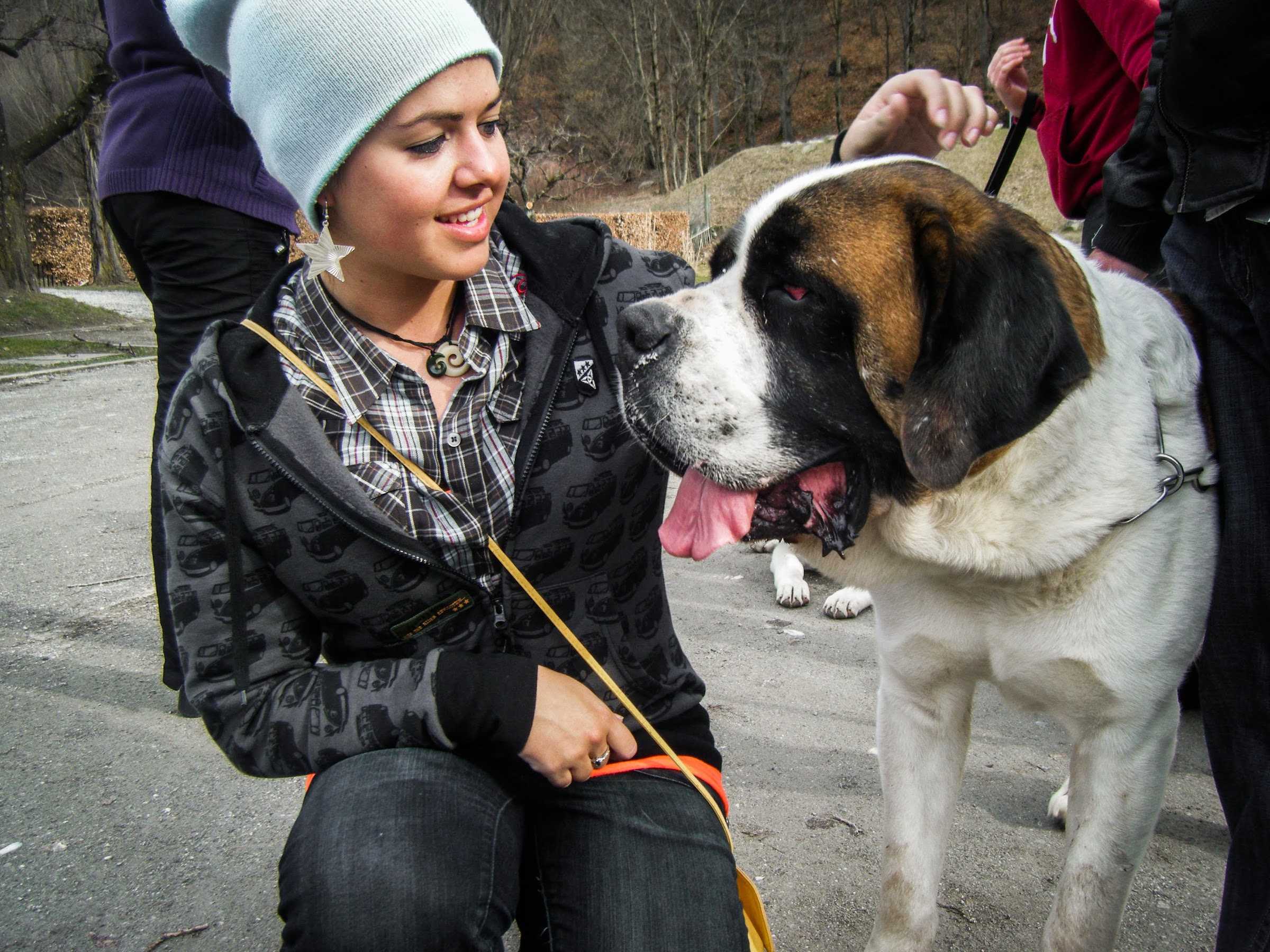 Even more picturesque is the town of Montreux on the shores of Lake Geneva. Wander the cobbled streets, eat some fantastic food in one of the many restaurants overlooking the lake and enjoy the sunset over the mountains with a cocktail in hand.

Make sure you stop and take a photo with the 3-meter statue of Freddie Mercury, a memorial of the former Queen singer, close to his home and recording studios. In the words of the man himself, “I won’t be a rock star. I will be a legend”. 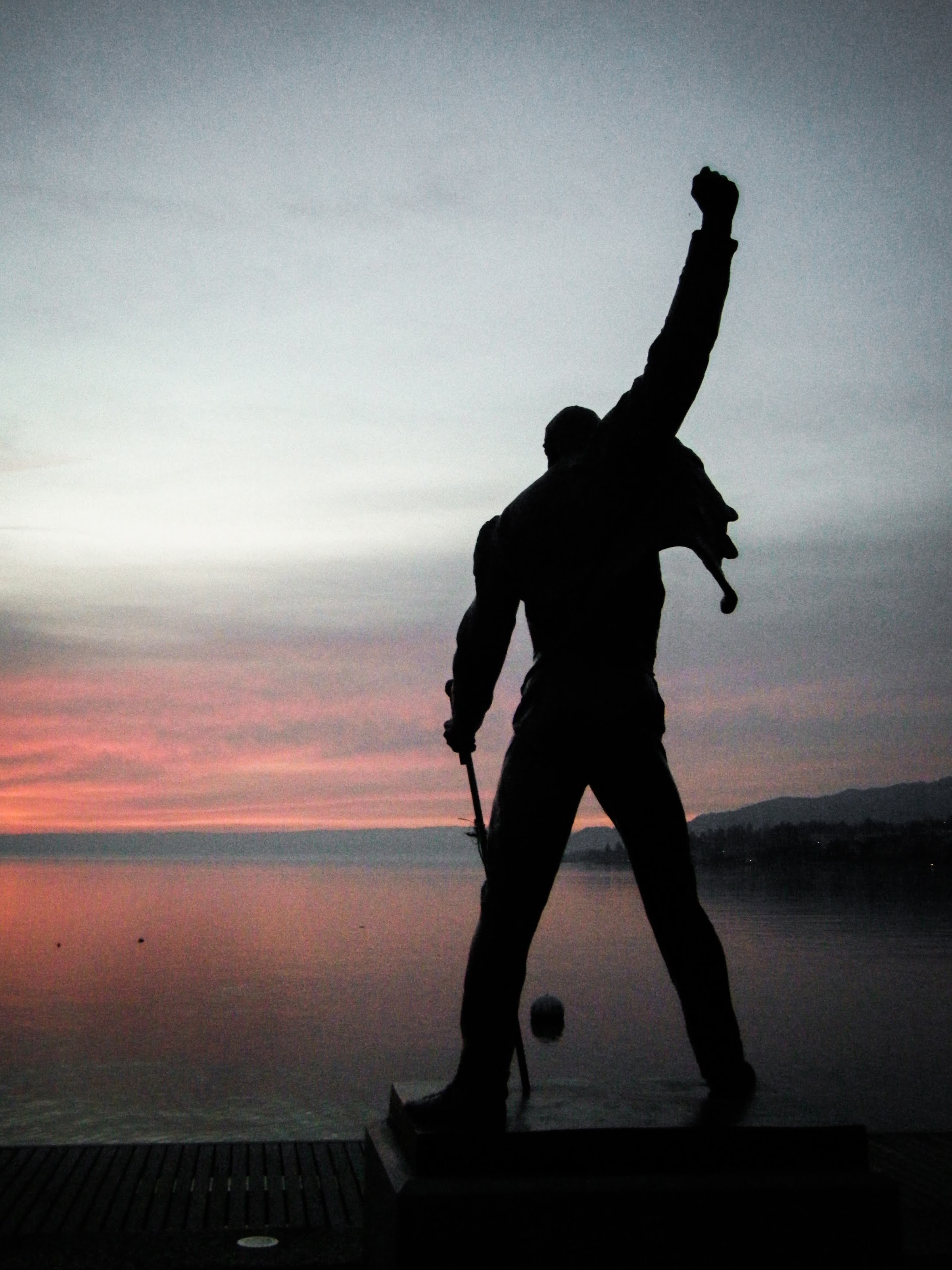 One thought on “Snowboarding in Verbier, Switzerland”