Dhaka is a hectic city full of traffic jams, overwhelming crowds and a lot of stares. There are over 17 million people that live here and you can tell as soon as you leave the airport. But once you start to explore the backroads and riverways you’ll start to notice its charm hidden behind the gritty first impression.

The first thing I noticed about Dhaka is the smog. The pollution from this overly crowded city was so thick I didn’t realise my plane was touching down until we hit the runway. We never really saw the sun, only a glow through the whiteness, and sunsets made the entire sky turn beautiful shades of pink.

The second thing I noticed was the craziness of it all. This chaotic city is the 10th largest in the world with a population of 18 million and counting. As you hit the roads it feels as if all 18 million of these people own some form of transport, and driving here is the scariest thing I’ve ever done. Just beep and you’ll be fine, right?

The third thing was the staring. I was stared at on the plane, as I was leaving the airport, from people passing by the car. Each time we ventured out of the house we were stared at. The further away from Dhaka we got the bigger the crowds were that stared at us, silently watching or taking their phones out to snap a photo. It was unnerving and I didn’t handle it very well, but once you get over this you realise the locals are all very friendly and helpful. 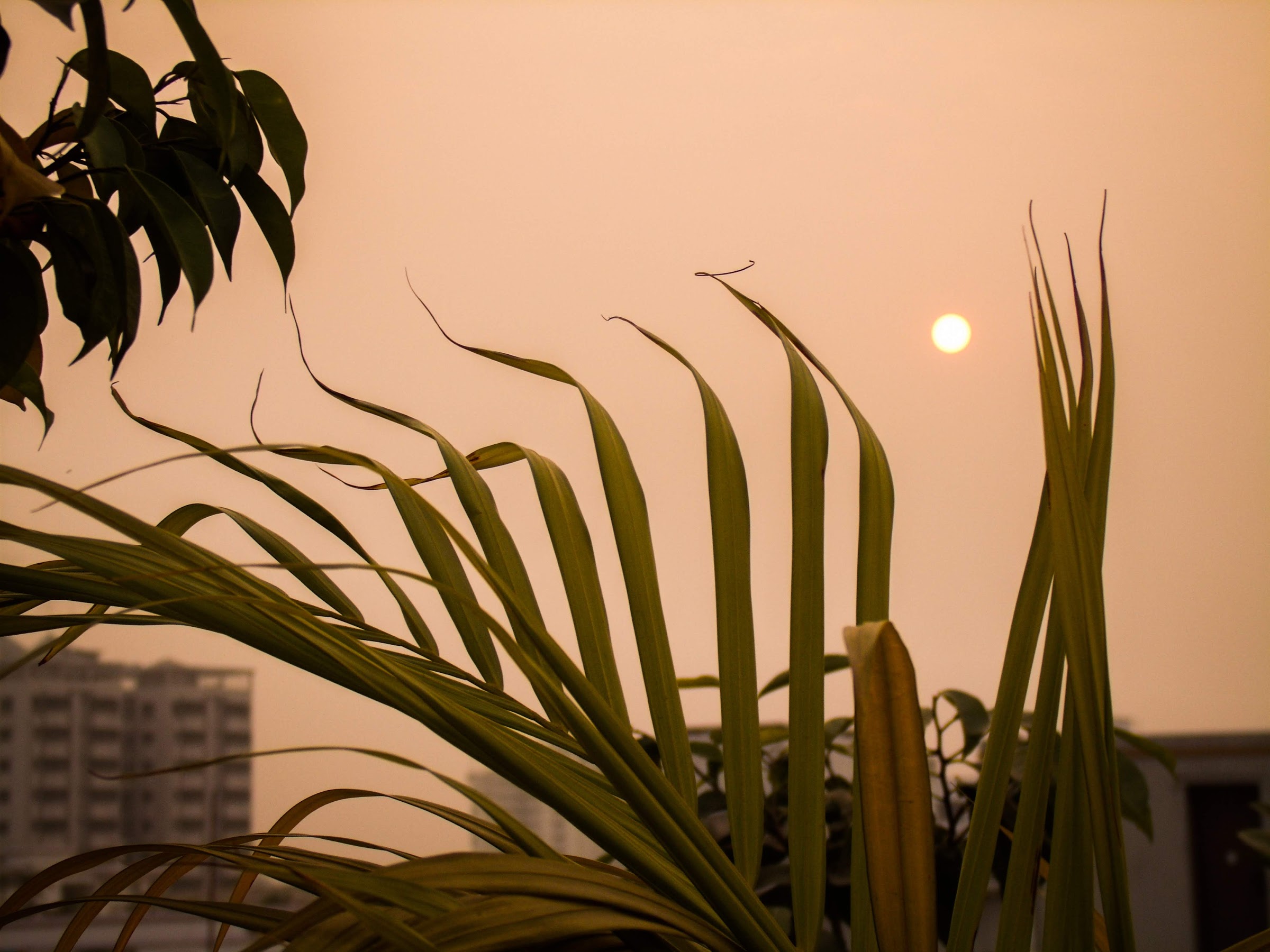 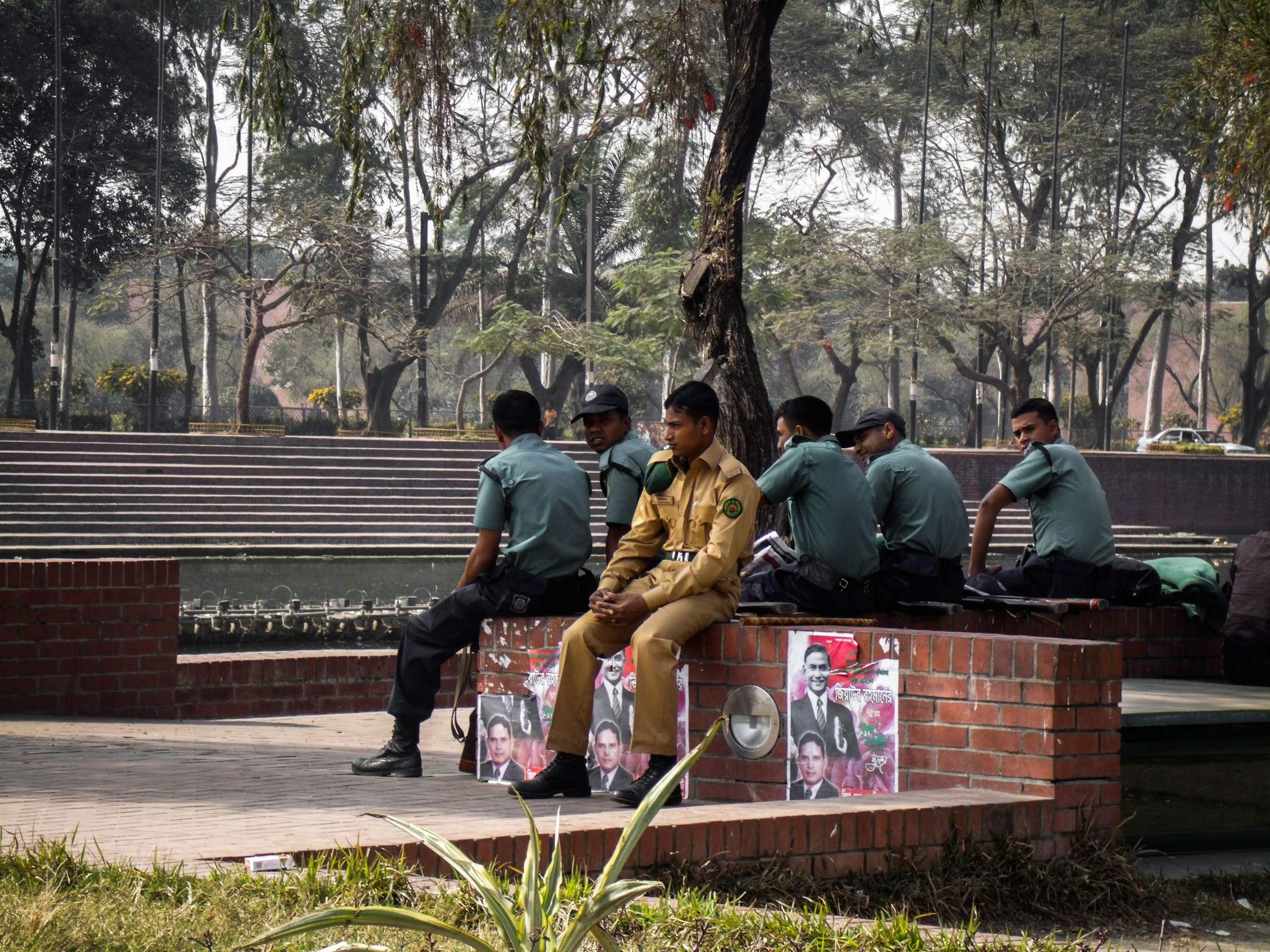 As you venture out into the city there are some incredible markets and artisan shops selling locally made products. You can find hand-printed fabrics, old antiques and spices alongside knock off t-shirts and some tasty street food. Explore the massive New Market with the locals while they shop for everything under one roof. 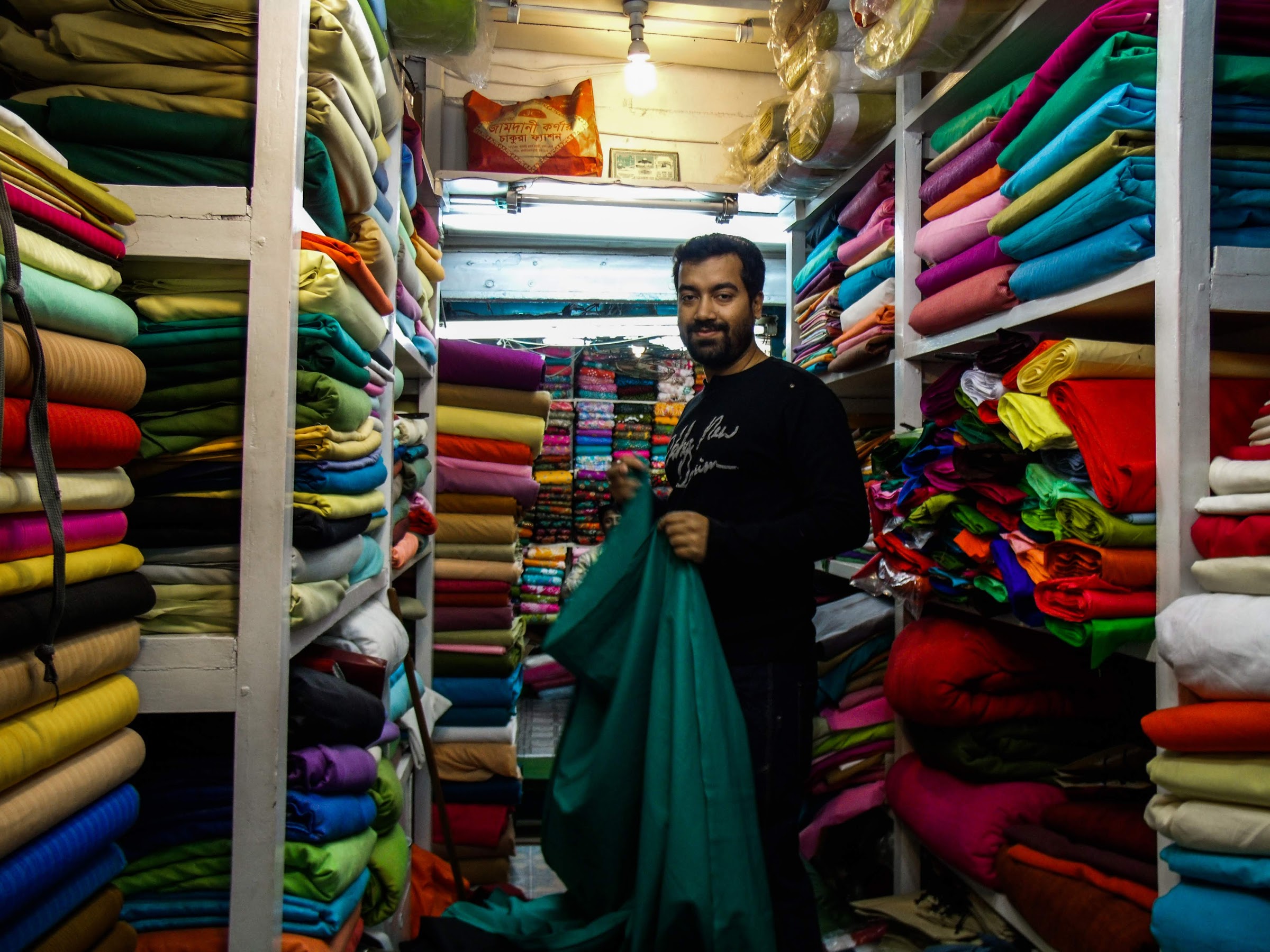 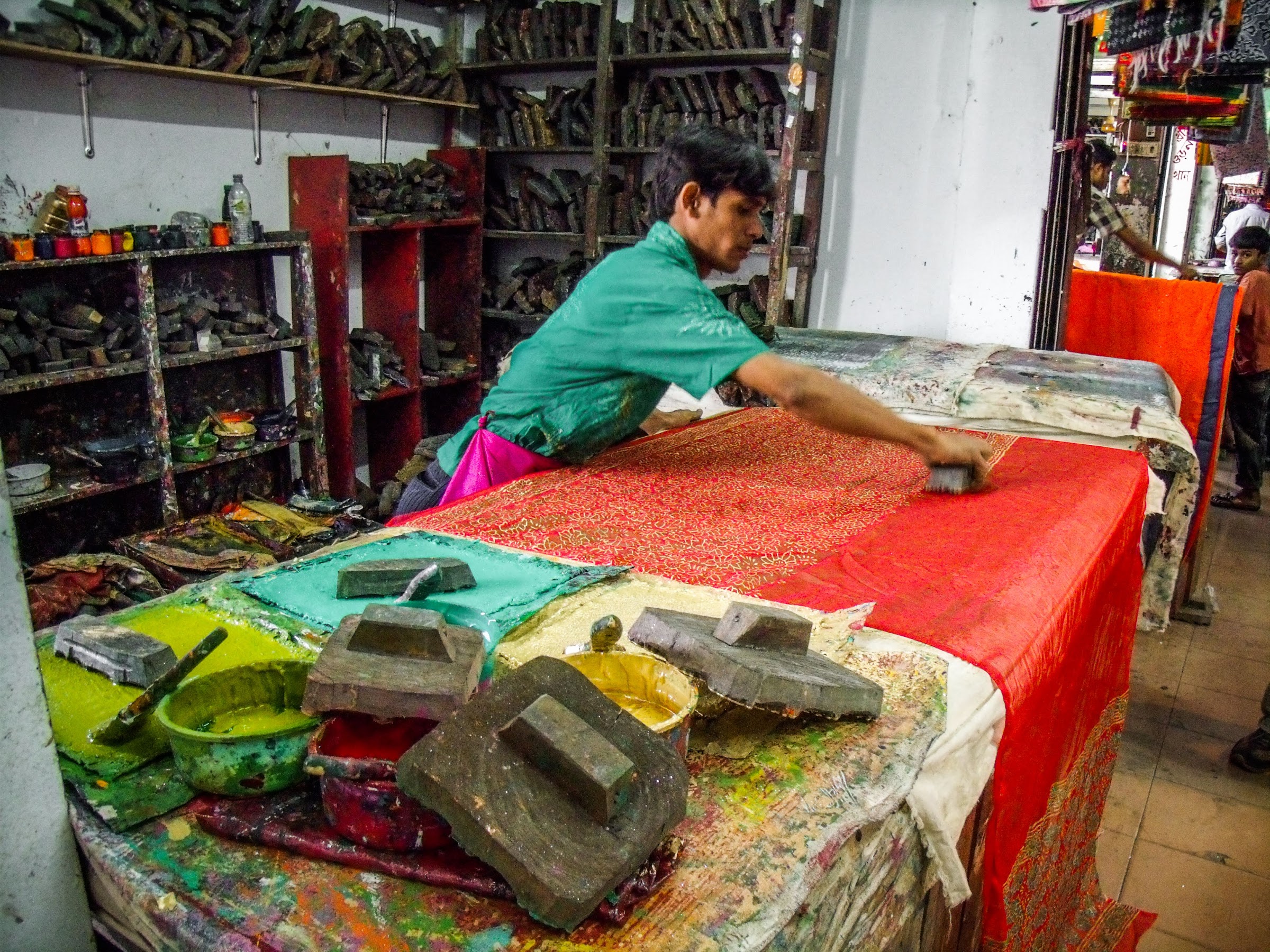 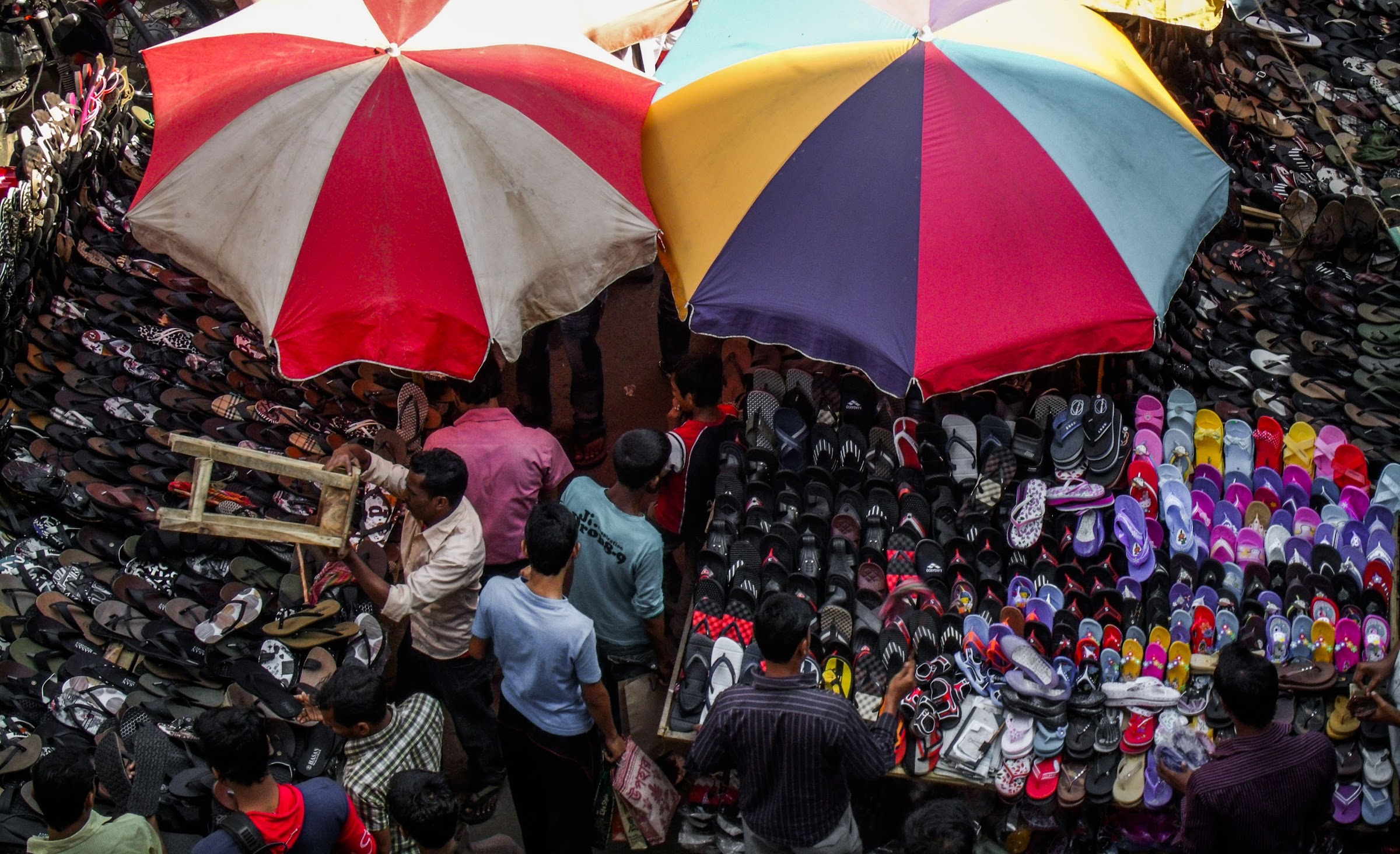 Known locally as the Ahsan Manzil, this huge pink complex on the banks of the Buringanja River used to be the residential palace and seat of the Dhaka Nawab family who reigned over Dhaka for a century. It slowly fell into disrepair before being made into the Dhaka National Museum, an interesting look into the history of the building, the city, and the country. 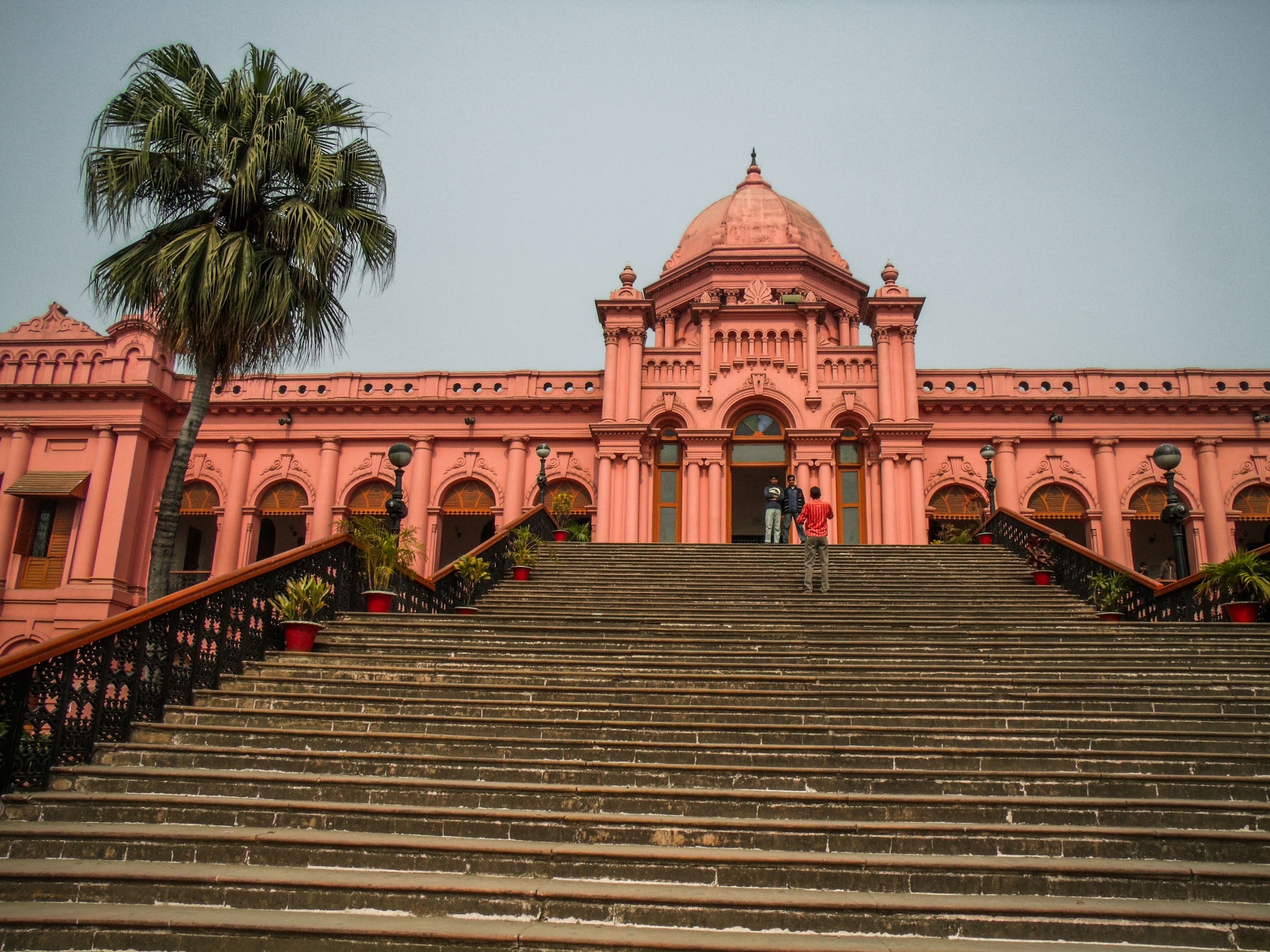 You can visit the formidable building of the National Assembly Hall, also known as Jatiyo Sangshad Bhaban, cross the bridge that spans Crescent Lake and see the mausoleum of former president Ziaur Rahman. It’s a nice place to spend a sunny afternoon people-watching. 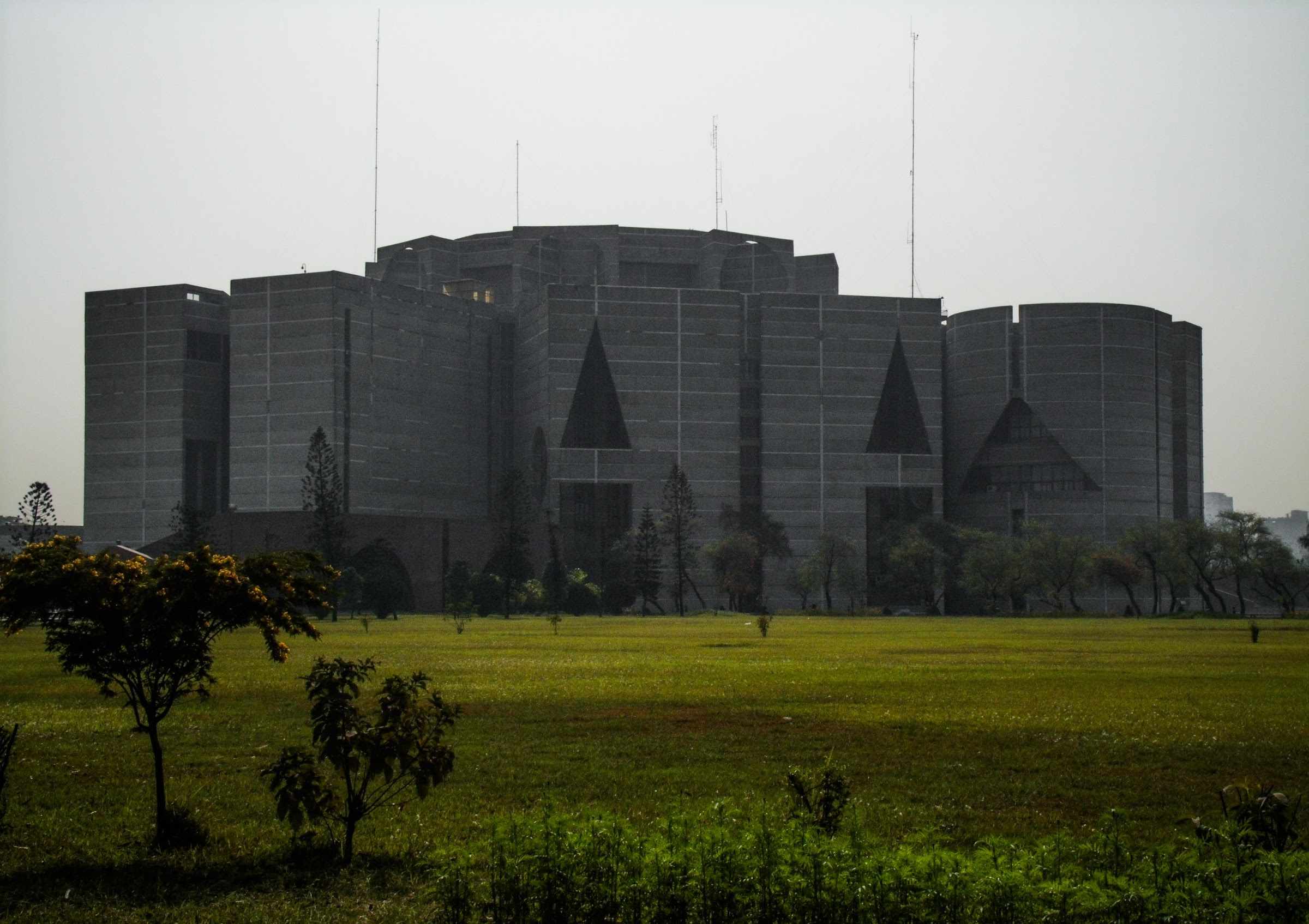 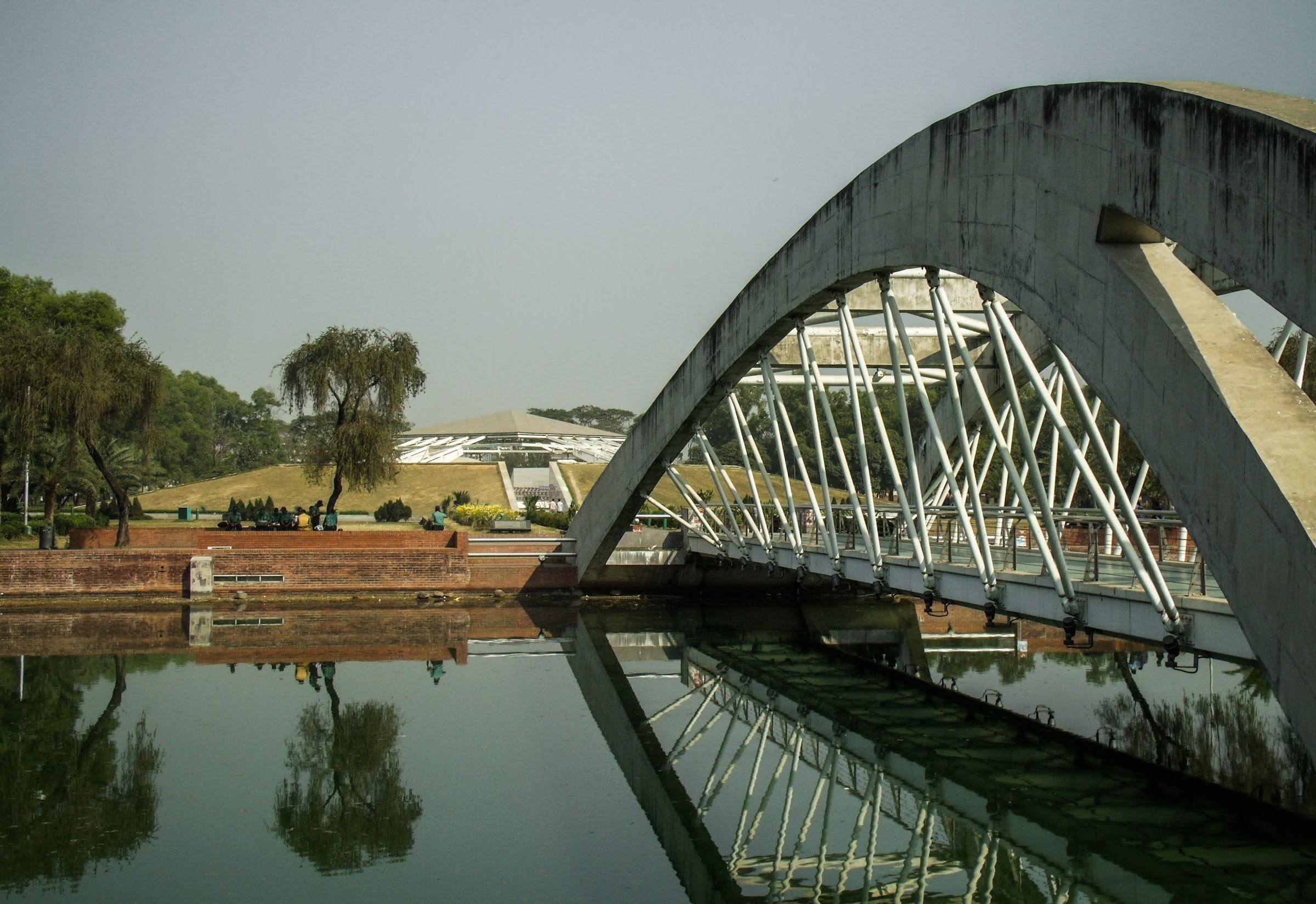 Get amongst the locals

Ride a tuk-tuk, eat some street food, get a henna tattoo, catch a game of cricket, or just watch the locals go about their daily lives. I love people-watching, and they have a different way of living over there that make for some amazing photo opportunities but remember to ask before you start taking photos of people. 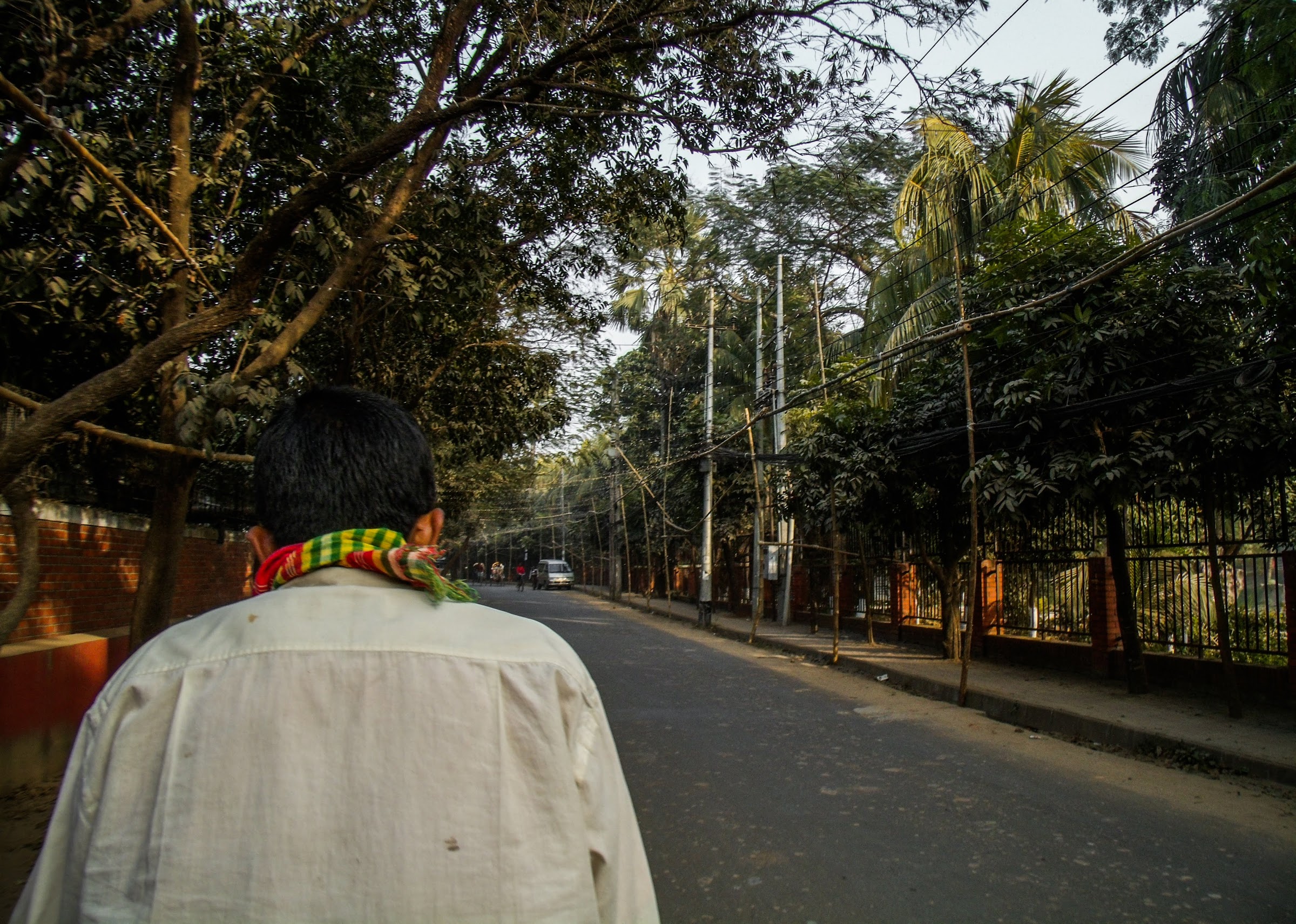 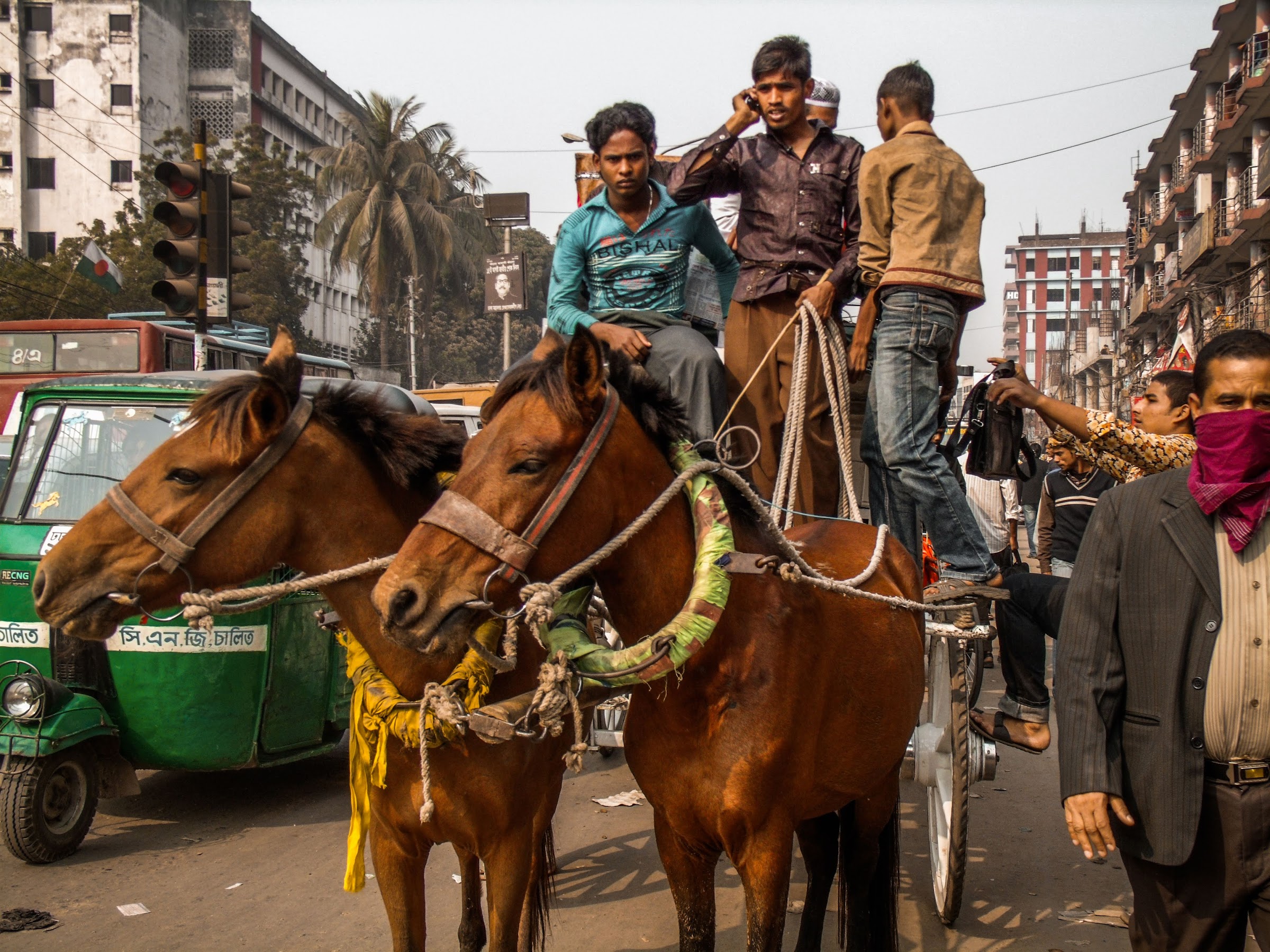 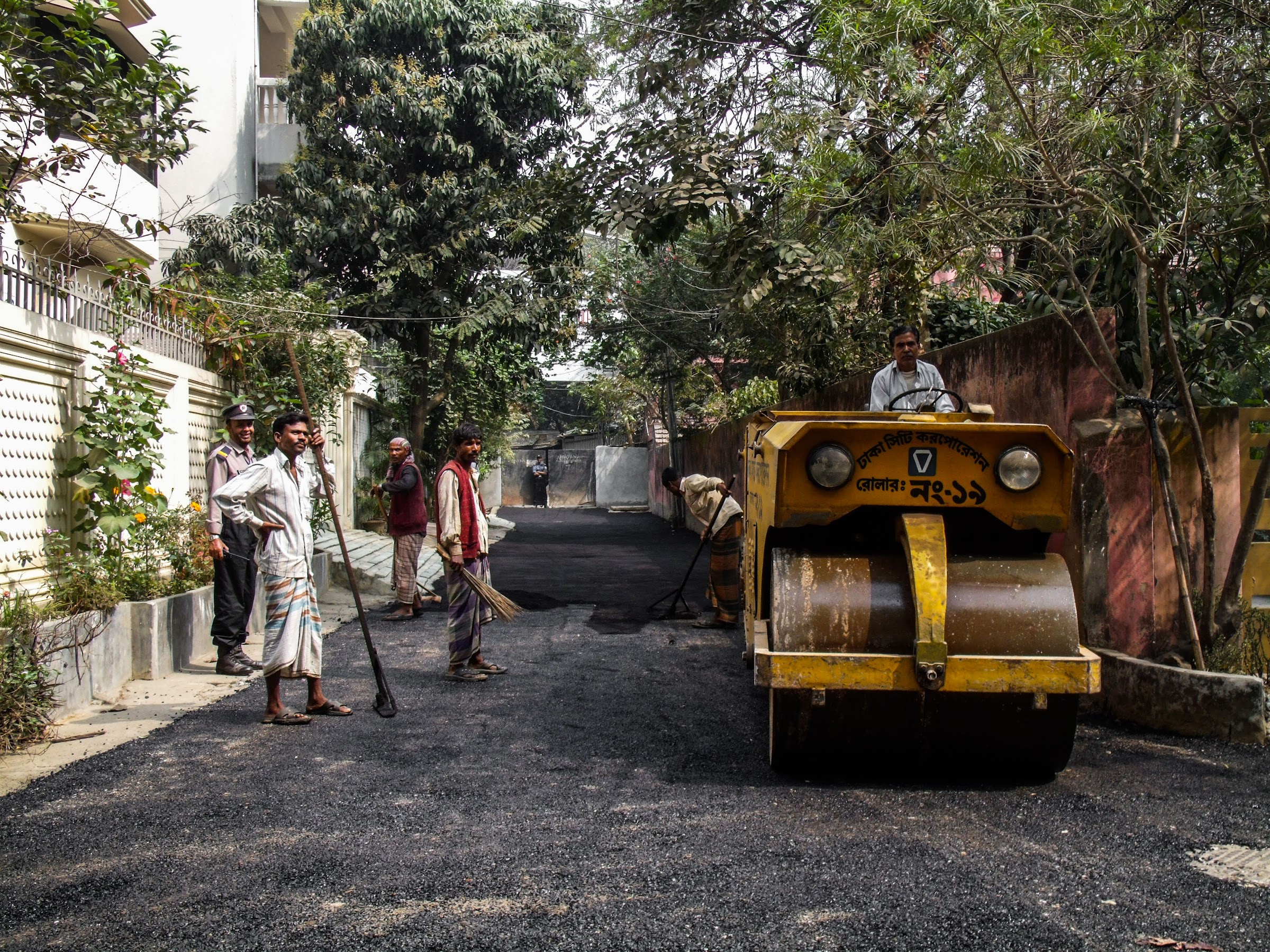 6 thoughts on “Welcome to Dhaka, Bangladesh”