We were up at 6am, riding a tuk-tuk through the chaos to get to the bus station. After eying all the battered and dented buses we were directed in the right direction of ours, complete with a smashed windscreen and a few huge scrapes along each side. It seems like nothing when you see how they drive. We spent hours swerving between and around people, bikes, tuk-tuks, cars, trucks and other coaches, hurtling along at top speed while driving mostly into oncoming traffic. Heart-stopping to say the least. 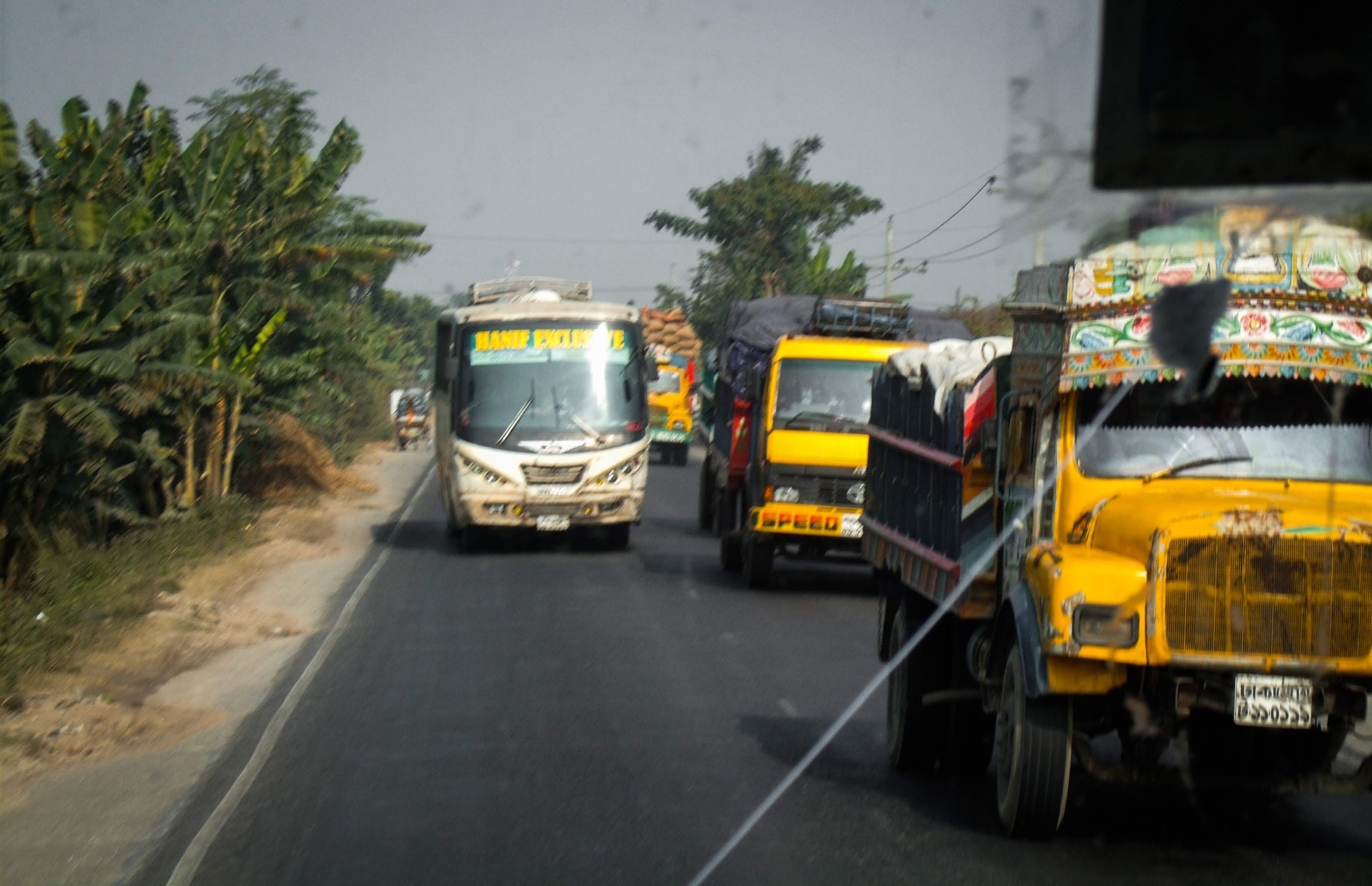 A lovely man who spoke very good English helped us a lot that day, and when we arrived in Rangpur he invited us to his apartment for tea and biscuits. He and his driver took us to a hotel, the Hotel Shah Amanat, and arranged to pick us up in the morning for a tour.

After a traumatic first night for me outside the comfort of Dhaka we were up early for breakfast. We were picked up and driven around the town, taken to Carmichaels Collage and to the fantastic Tajhat Palace to explore for a few hours. After a stop at his office for lunch, he drove us to the bus station and put us on a bus to our next destination. Such a good experience getting to know the locals! 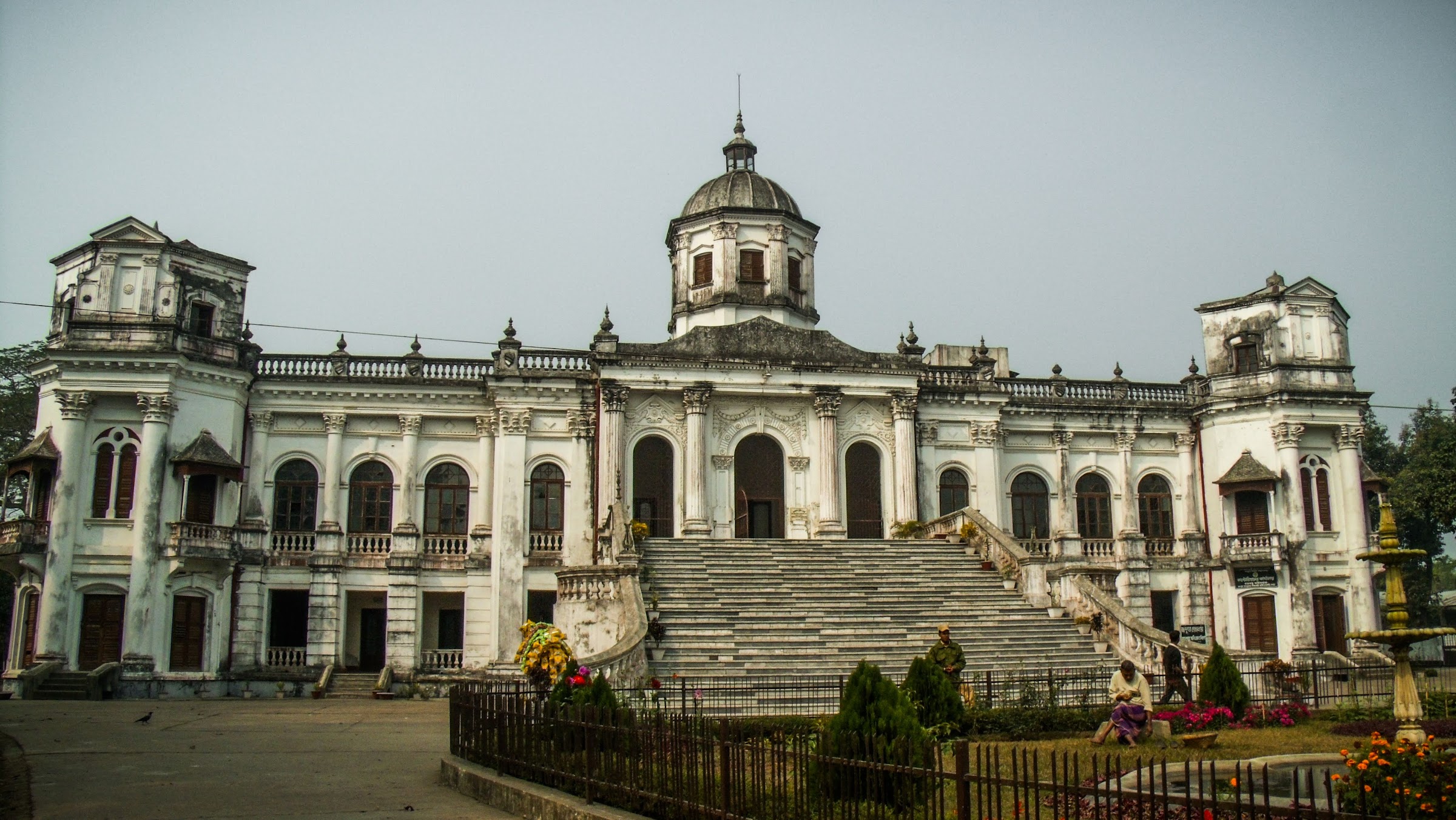 Our bus to Dinajpur didn’t feel as scary because we sat near the back, what you can’t see won’t hurt you, right? We checked in to the Hotel Al-Rashid, walked around town getting lost and eating ‘chop’, egg and potato fried together, my new favourite. We watched the sunset from the roof garden and had an early night. 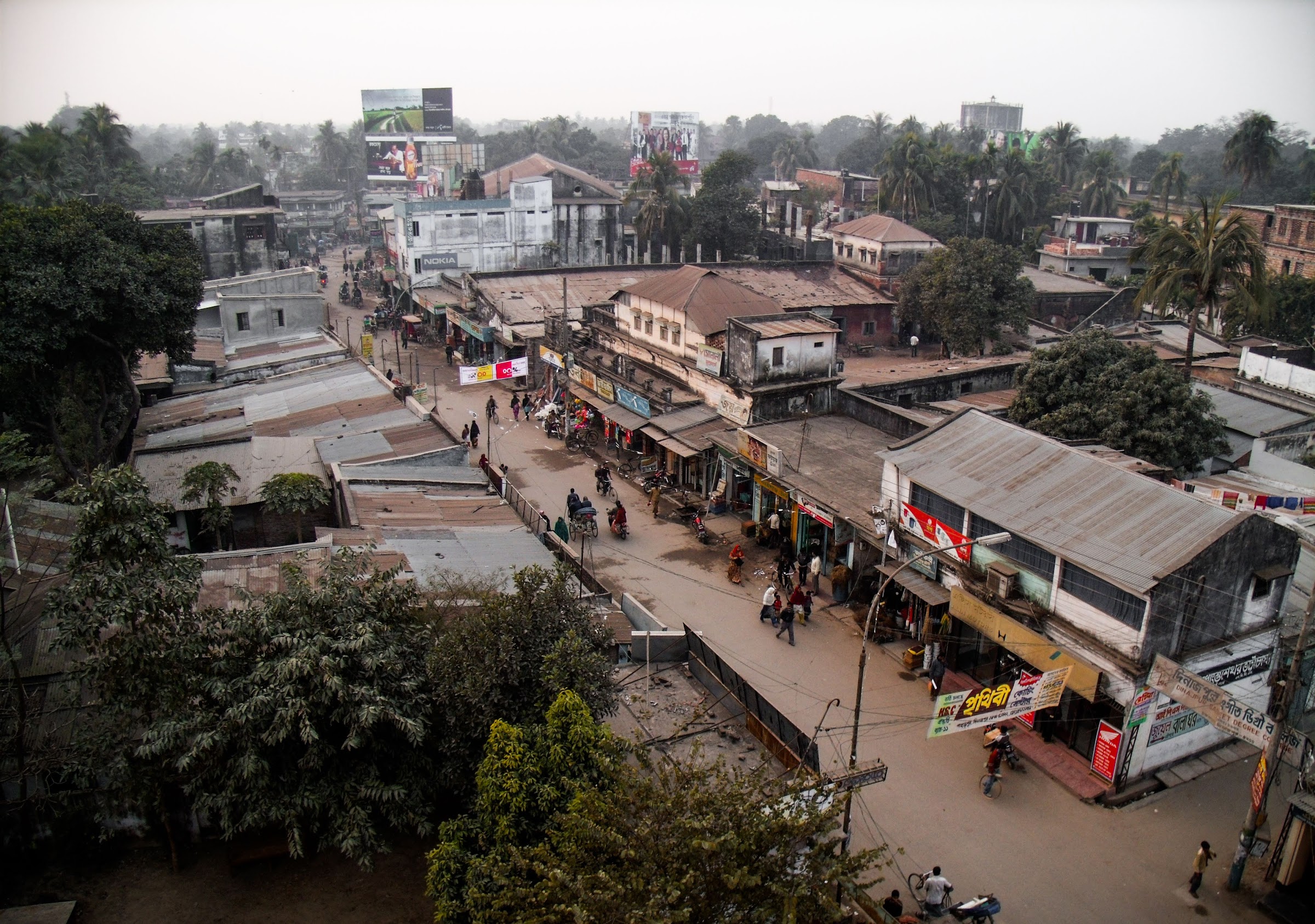 From Dinajpur we caught a short bus to the middle of nowhere, walked down a dusty road, crossing rivers and passing through rustic villages to the impressive Kantanagar Temple. This intricately carved temple is a work of art, and it was one of the highlights of the trip. It’s definitely worth seeing if you ever make it to this part of the country. 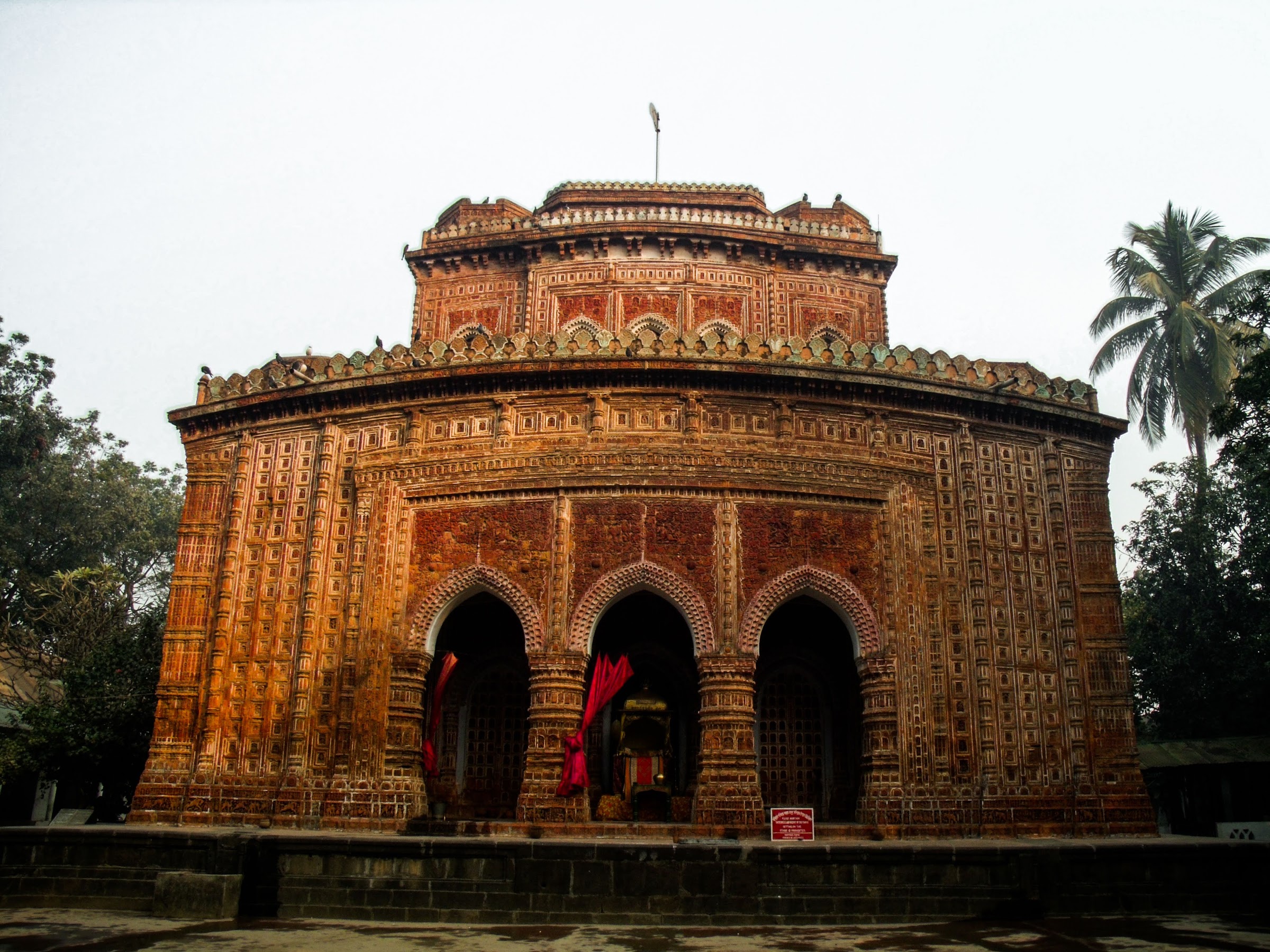 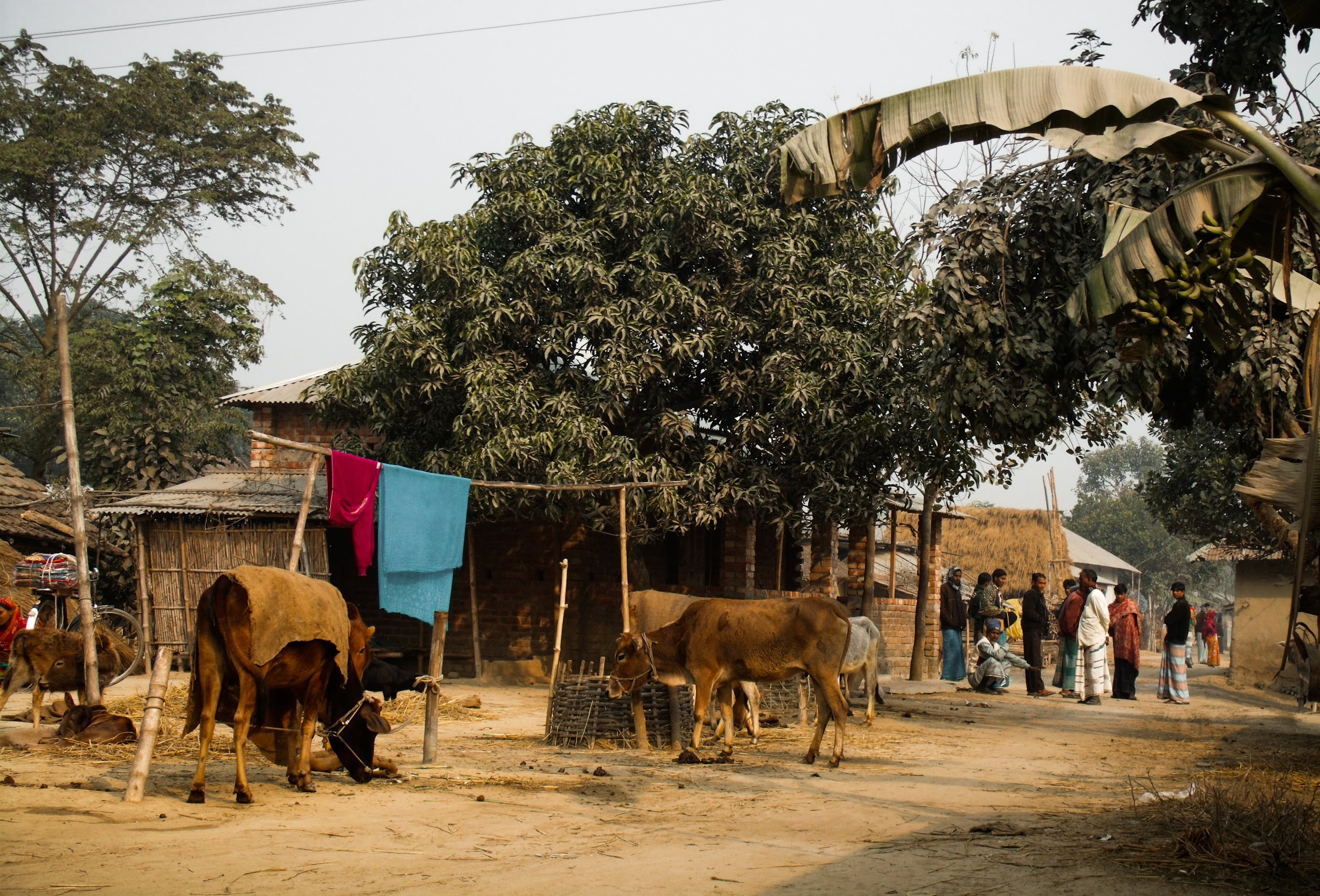 The ruins of the Somapuri Vihara at Parharpur is a UNESCO World Heritage Site and is worthy of its title. It was once the largest Buddhist monastery south of the Himalayas and dates back to the 8th century.

We were very lucky here, after we had the afternoon to explore they allowed us to spend the night in the original research center, we were cooked dinner and ate by torch light when the power went out. We were given a private, moonlit tour through the grounds to appreciate it’s splendor without the crowds. Such an incredible site to explore when you have the chance to learn the history behind it. 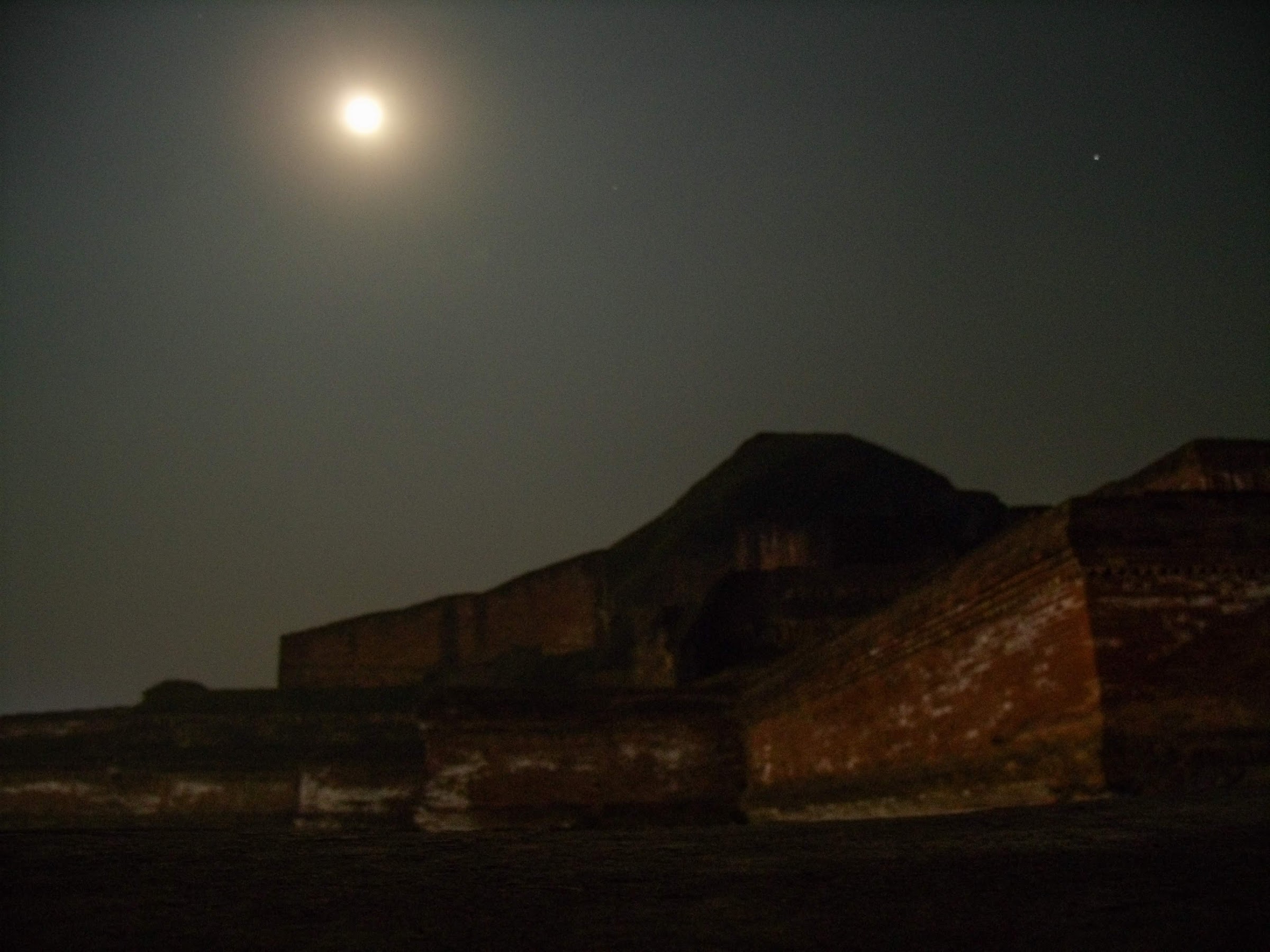 Getting to Natore was pretty eventful. We were up very early to ride through the fog for a long time in a rickshaw to catch a bus to Akkelpur where we had to wait for a train. When folks heard we were English they ran to get the one person who could speak it, a lovely Doctor who took us to his house to introduce us to his family and his wife made us the best roti and egg I’ve ever had. He helped us buy tickets for the right train and went on his way, leaving us to hordes of people staring at us silently.

When we arrived in Natore we rode to the Natore Rajbari to explore the lakes and temples surrounding the beautiful palace. It was a late bus back to Dhaka, thankfully we made it back in one piece, very grateful for a clean bed and bathroom! 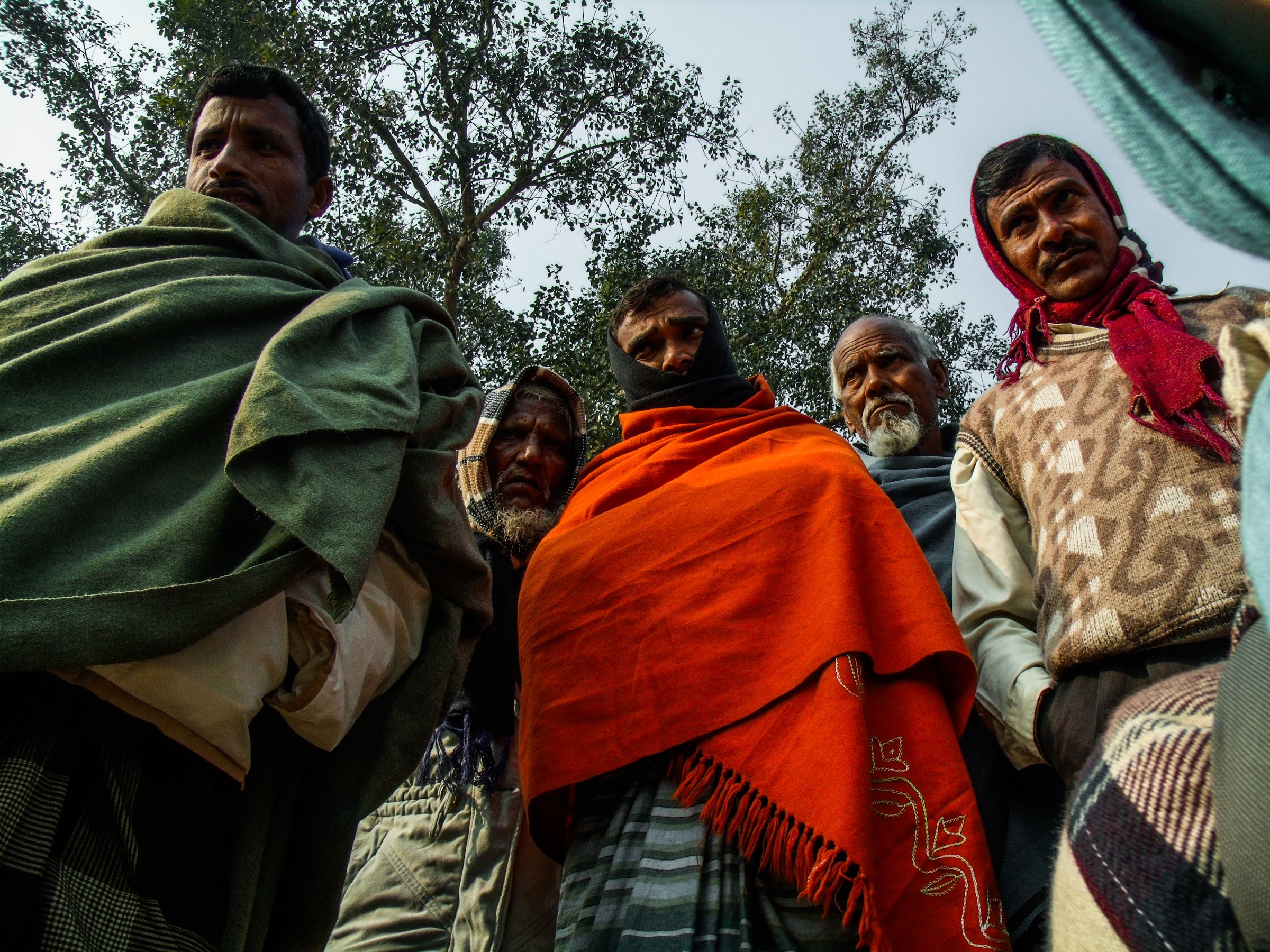 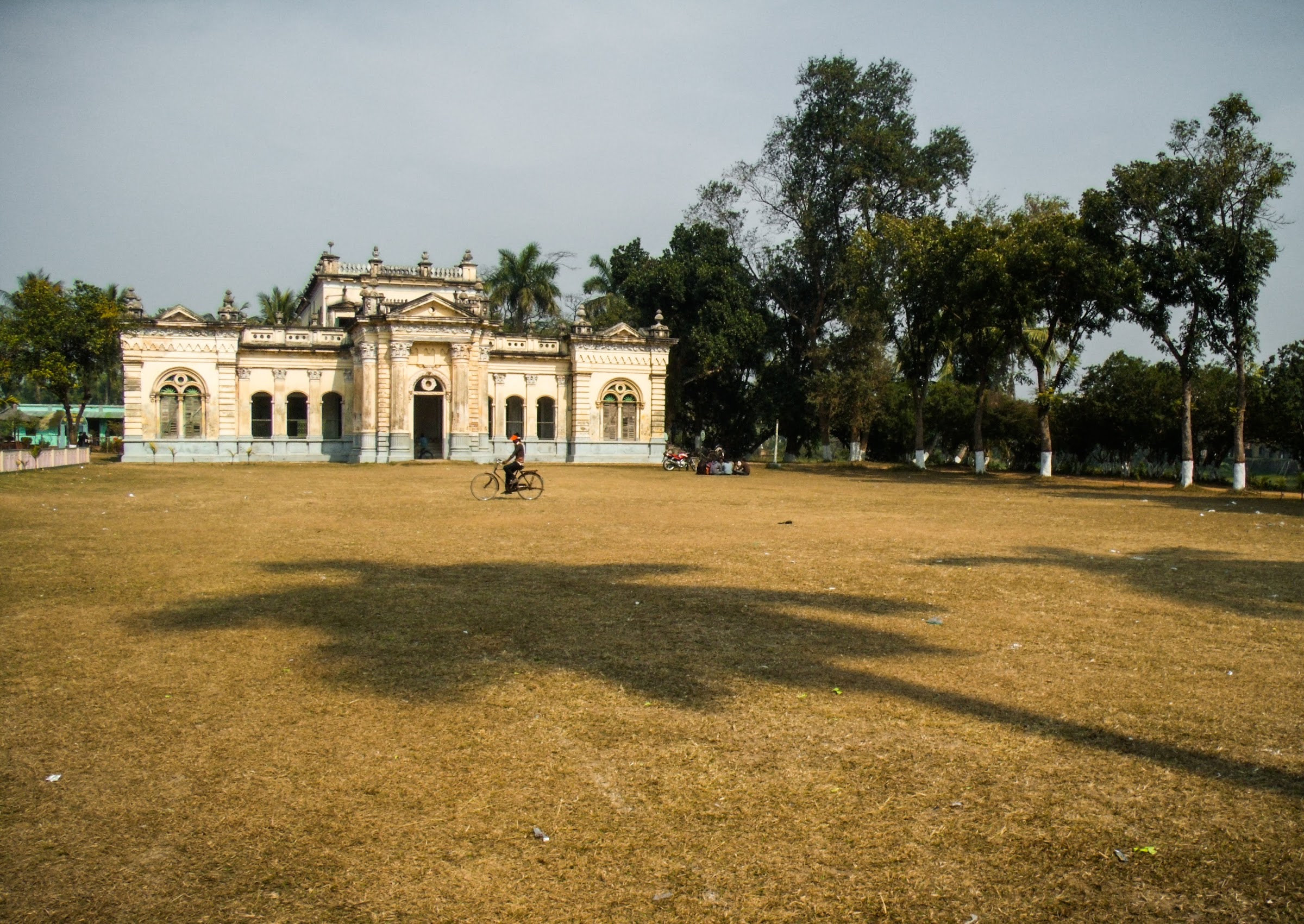