When you think of Bangladesh you wouldn’t think of the beach, but it turns out that Bangladesh is home to the world’s longest uninterrupted stretch of sand which is almost completely deserted except for the busy town of Cox’s Bazar. Here we found our first part of the country that really caters to tourists.

After the usual early start, we were off to the train station again around 7am with a private car and driver courtesy of the school my dad worked for. Here’s my first tip, don’t rely on the train time tables.

We waited. And waited. And we waited. For four hours. Our train was four hours late to arrive. The highlight was watching a group of kids running around the train tracks and climbing to some ridiculous heights for a photo, no fear! 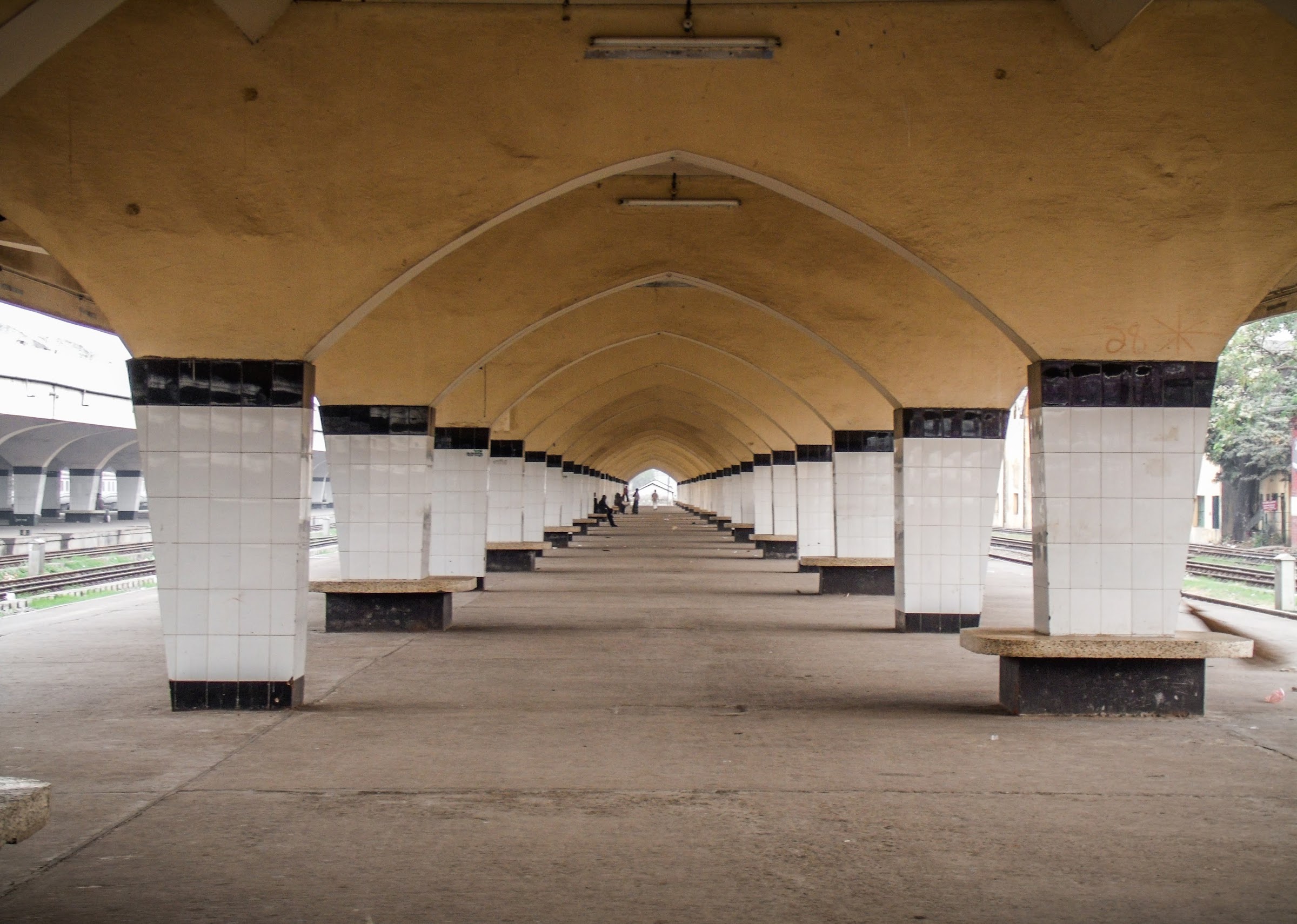 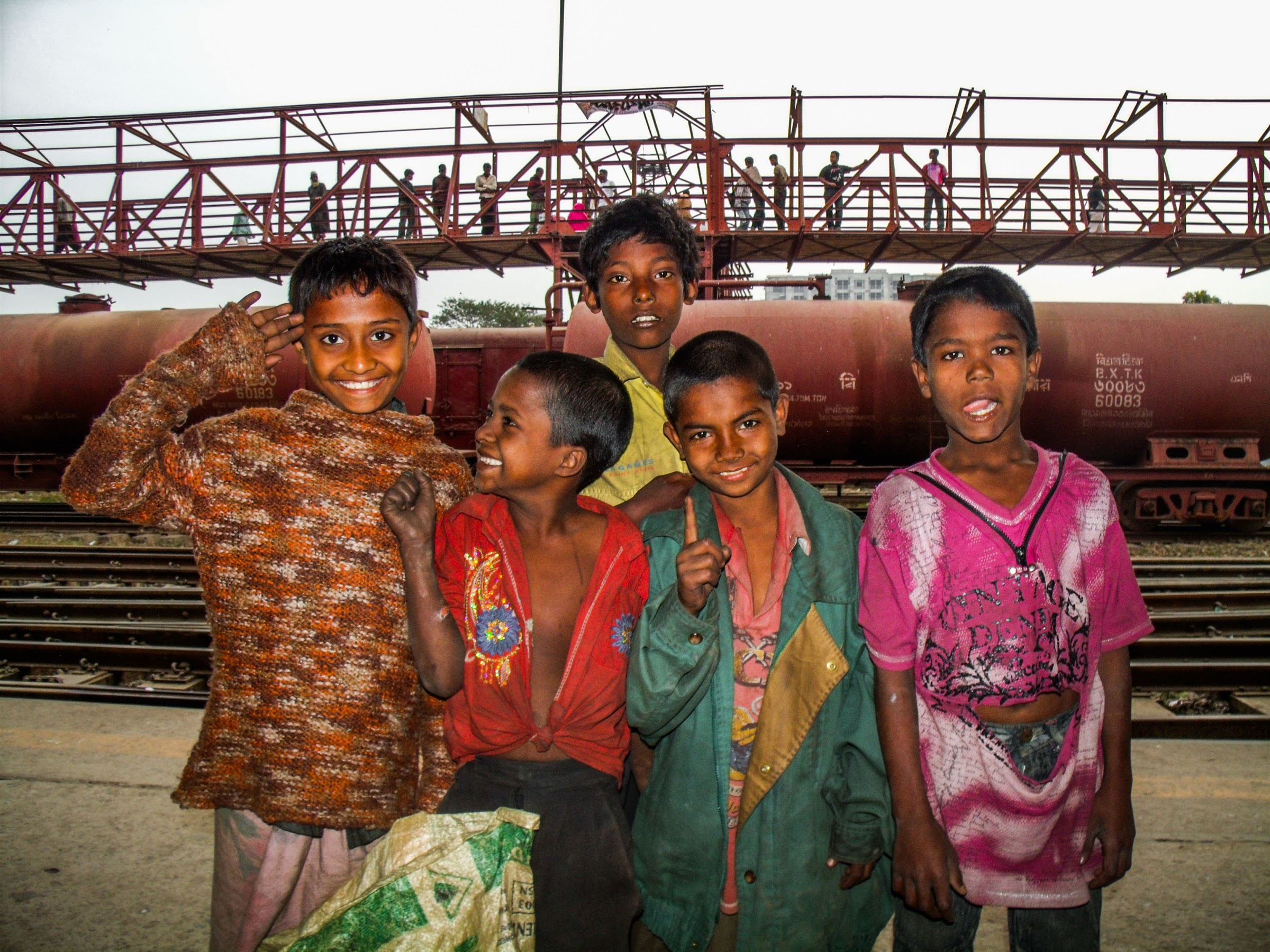 An overly friendly young man helped us into the correct carriage and sat with us in the main cabin. He then proceeded to take photos of my face, asked if I had a boyfriend, how much I loved and missed him and what my favourite everything was. Super creepy.

We bailed and hid in our sleeper cabin, which made no difference as people would still walk in to take a look at the foreigners. It was the longest train ride I’ve ever been on, we took an hour to leave Dhaka, stopped at every station along the way and didn’t arrive until after midnight, hungry and very grumpy. 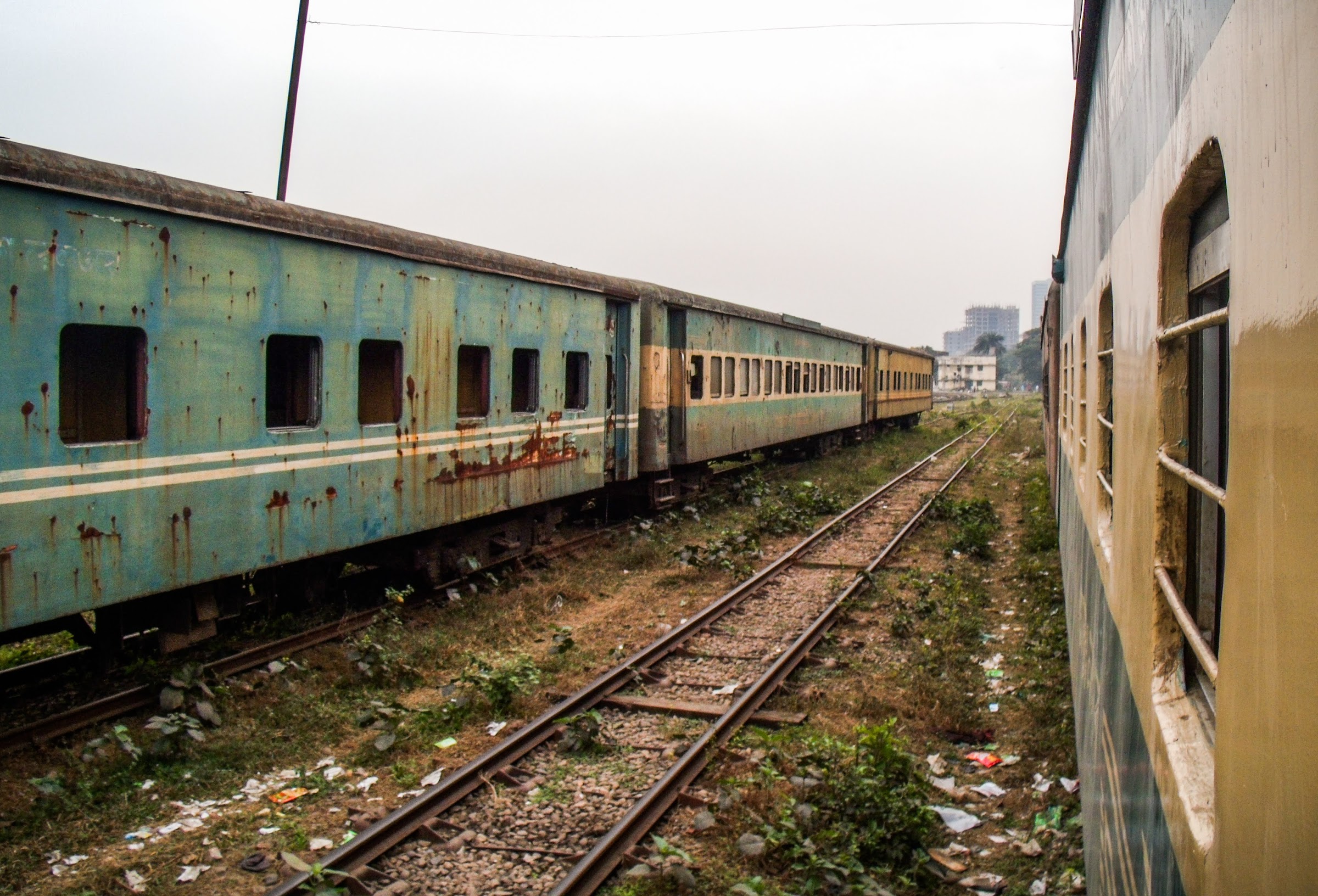 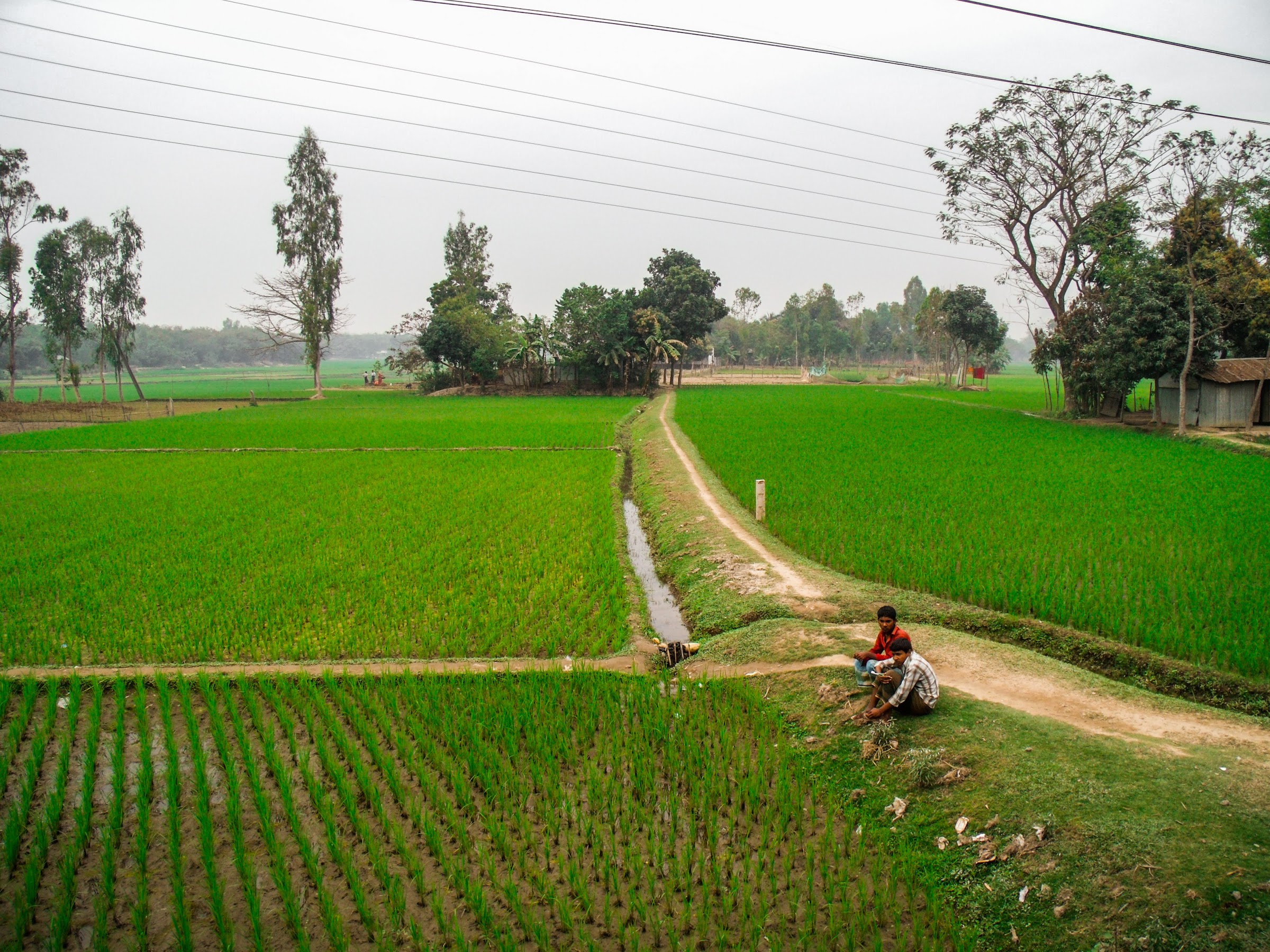 Once we arrived at our final station a kind stranger offered to drive us the two and a half hours to Cox’s Bazar with him and his family. Three hours later we arrived at his house in the middle of nowhere, got the van stuck in the sand and spent the following hour trying to get it back out with the help of his entire family.

After a struggle, we were free and back on the road, en route to our hotel, which was easily the nicest place we stayed at in the whole country, no competition. We checked in with no major problems and fell straight to sleep after a long and eventful day.

We spent our entire first full day on the beach and it was b-e-a-utiful. The sand stretches on for as far as the eye can see. The area around Cox’s Bazar is lined with restaurants on stilts, rows of sun loungers and colourful umbrellas, hordes of people swim in one are of the ocean all fully clothed.

If you’re ever Bangladesh be respectful and keep yourself covered up too, however strange you might think it is. 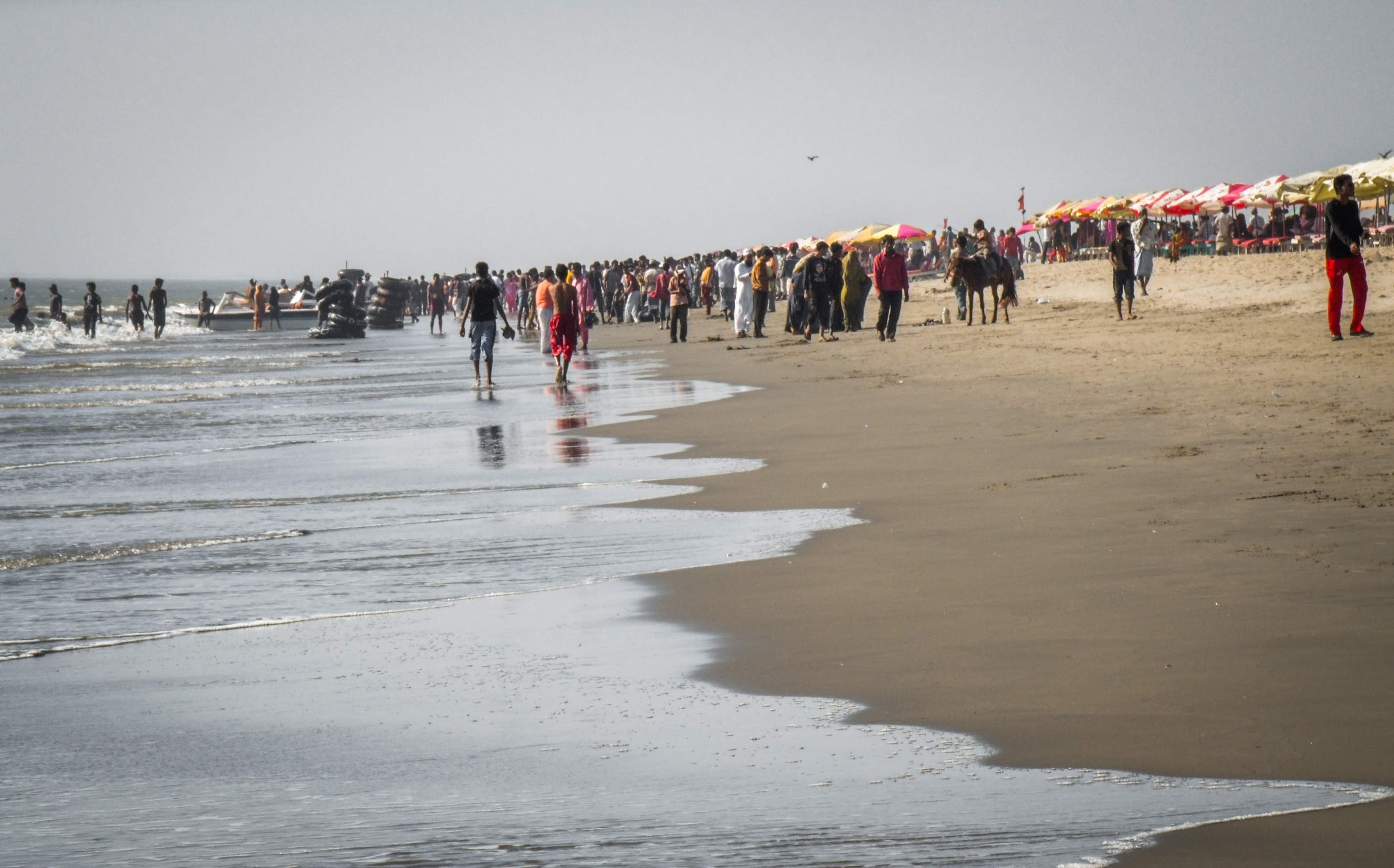 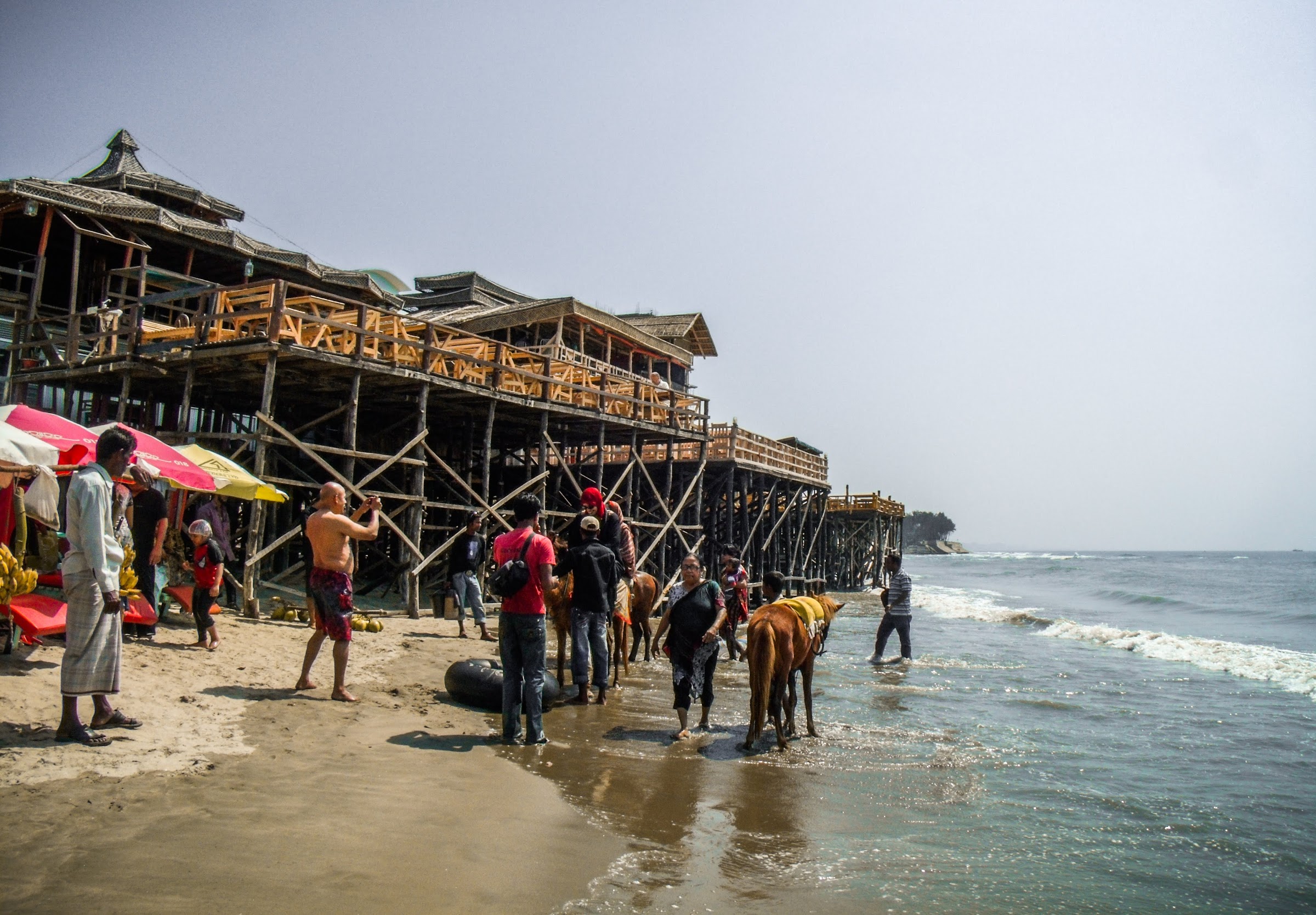 We hopped on a tuk-tuk and found a deserted section of beach and managed to have a short swim in the sea before we had a crowd of spectators. We walked along the sand for hours watching the Mayan fisherman and admiring their beautiful wooden fishing boats.

They were very friendly and told us how they had snuck into the country to earn money for their families back home in Myanmar. We rode another tuk-tuk back to town and had dinner in one of the restaurants on stilts, watching the sunset. 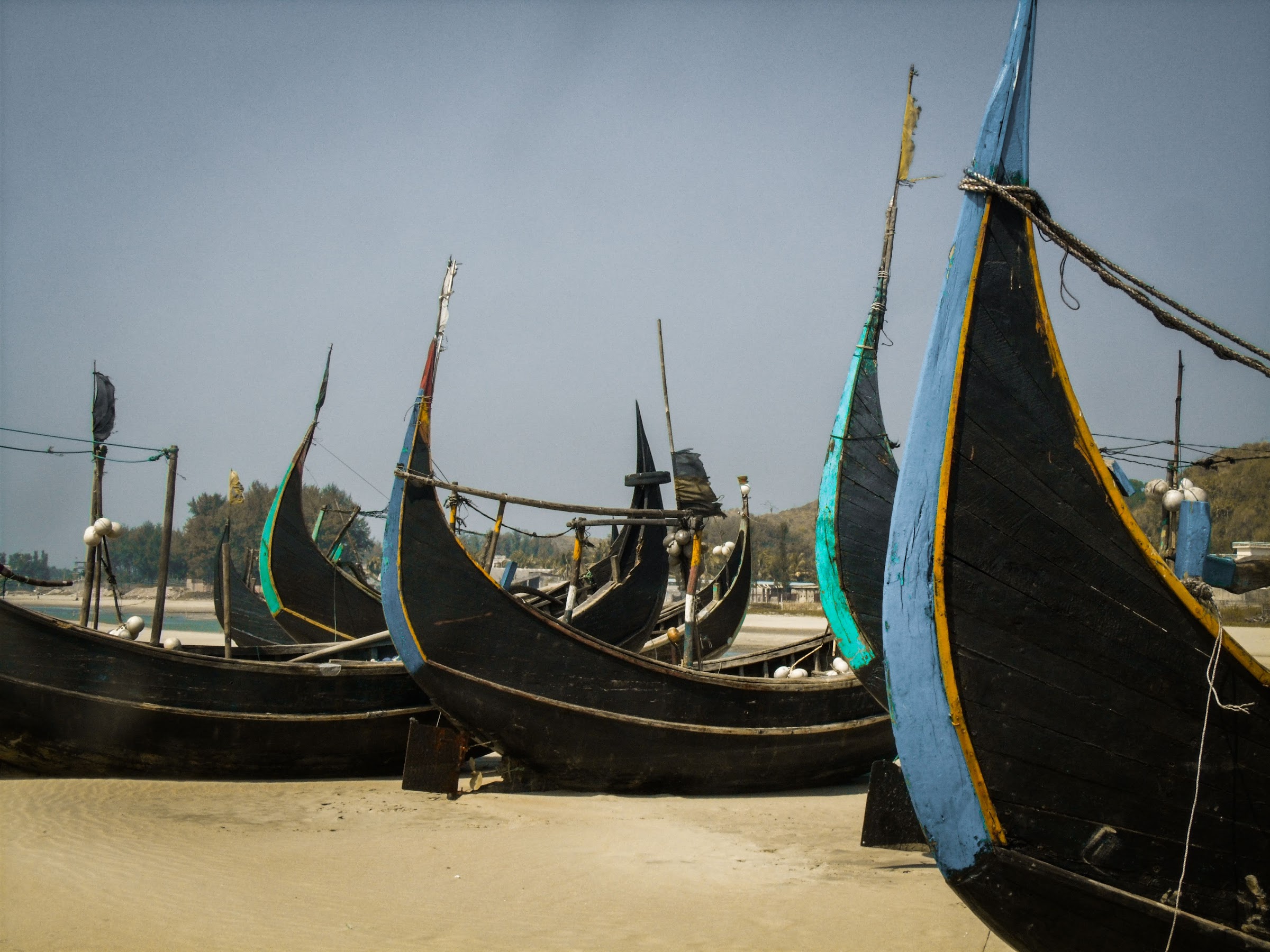 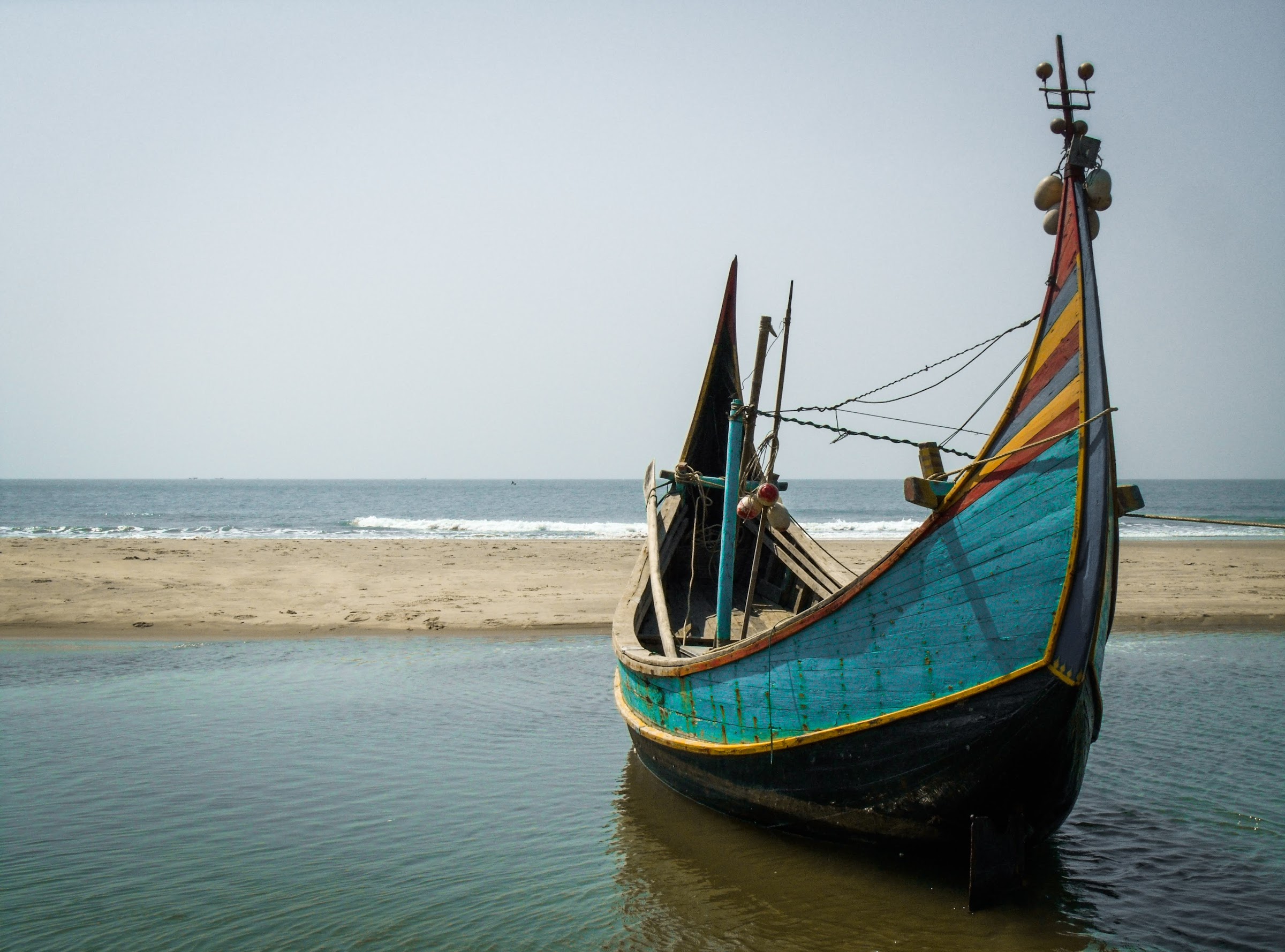 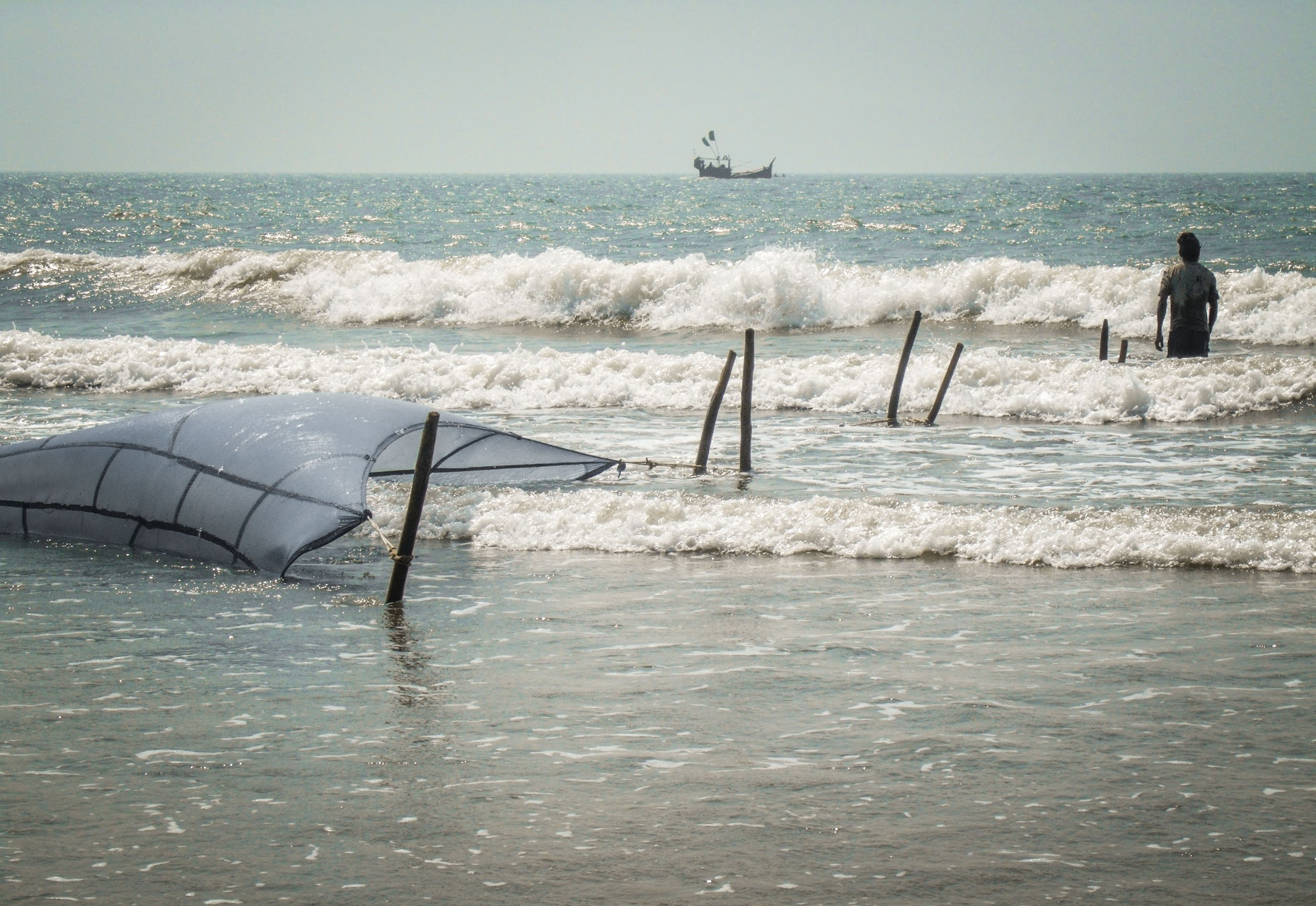 After a surprisingly long tuk-tuk ride from our hotel, we arrived at the white sands of Inani Beach. It seemed to be another popular spot for Bangladeshi tourists, and it was amazing to see the groups of women walking along the sand in their brightly coloured saris.

Dad got talking to a group of kids and they persuaded us to pay them to take us out on their fishing boat. It was rough and windy but a fun experience to get out on the water. 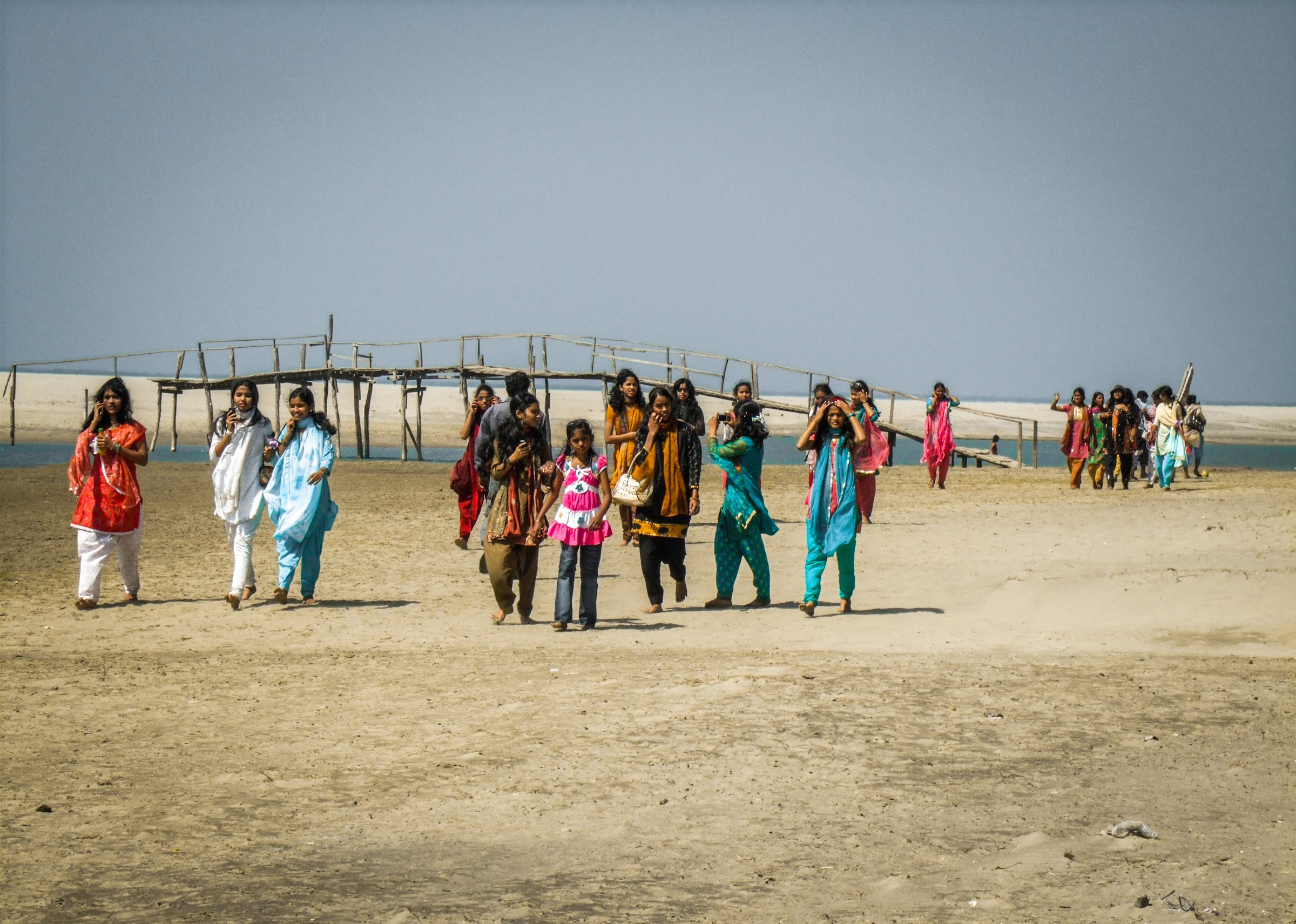 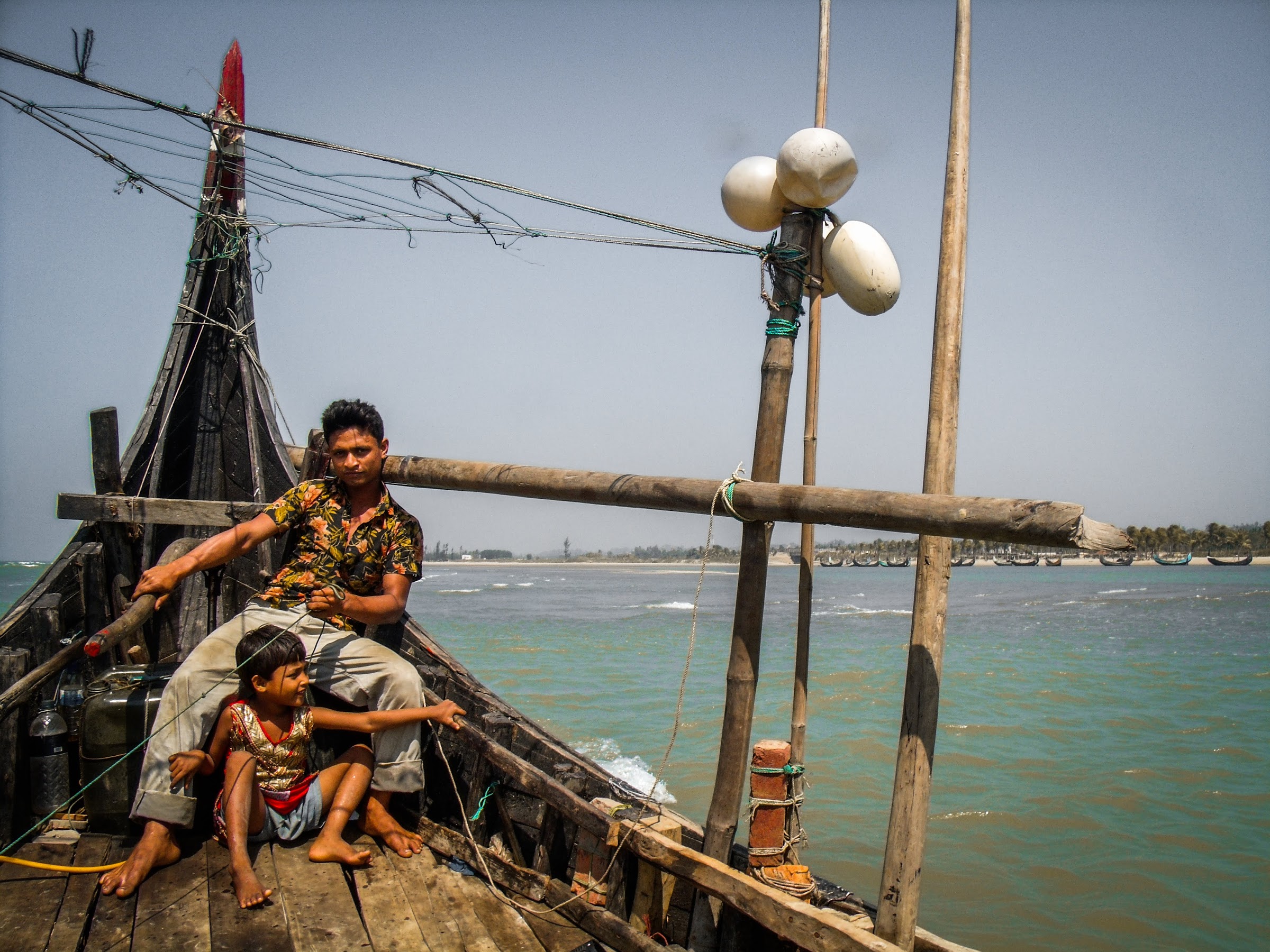 We made our way back to the restaurants on stilts for a bite to eat while watching our last sunset over the ocean before catching our bus to Chittagong. We were too late to catch the train to Dhaka so we checked into the Golden Hotel, spent the evening on the roof garden overlooking the once-again bustling streets of a Bangladeshi city, and were up early to catch our train back to the big smoke of Dhaka. 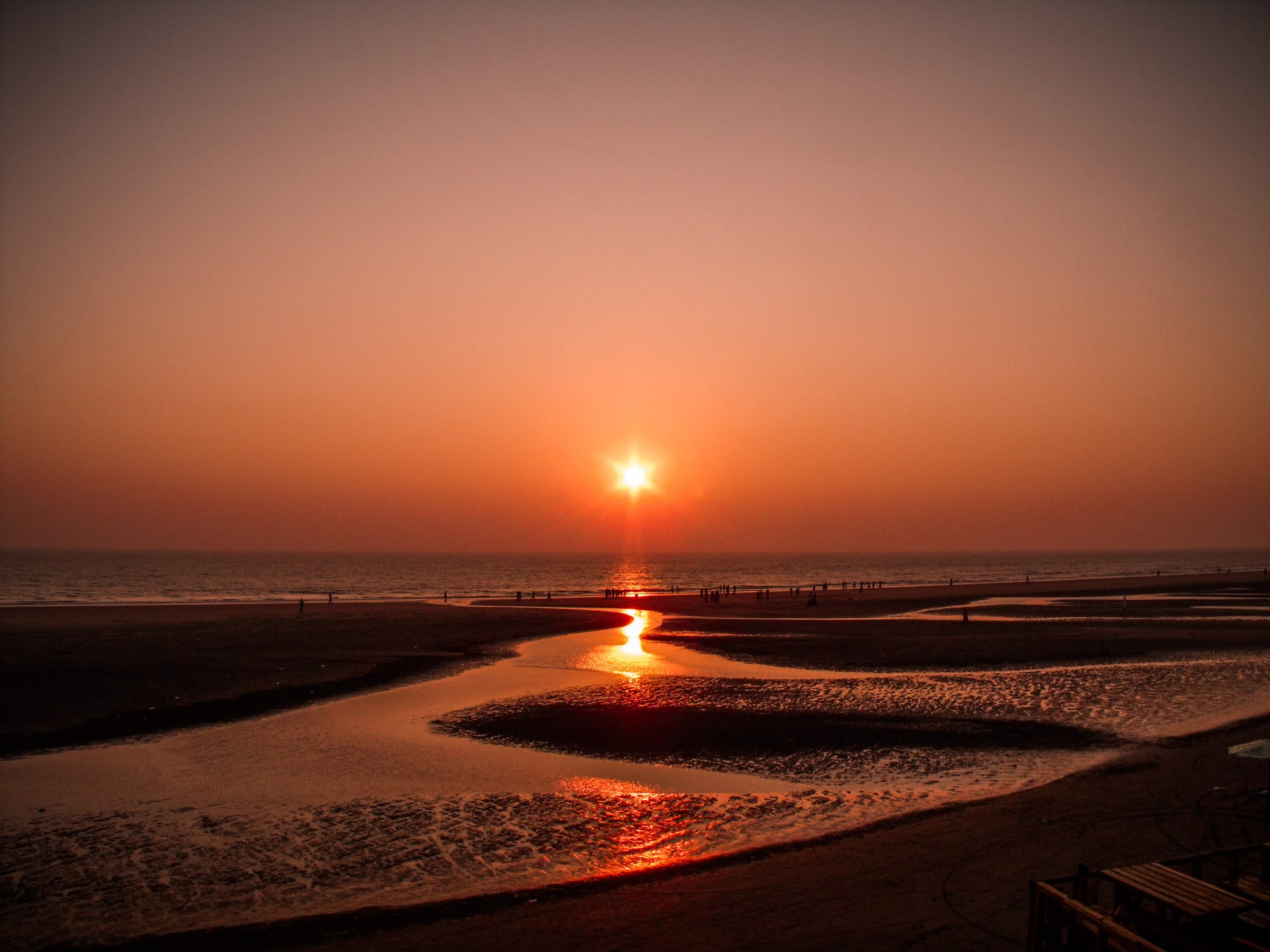