Our fourth and final trip out of Dhaka and into the ever-changing landscapes of Bangladesh was to the southwest corner, home to the Bengal tigers and mangrove forests of the Sundarbans.

We were back on the bus for this trip, and halfway through our journey to Khulna we arrived at the banks of the huge Padma river and were loaded onto a ferry to cross to the other side. I do not understand how some of them stay afloat with the weight they carry. We arrived late into Khulna and found a hotel to hide away in after a delicious dinner of rice, dhal, and curry. 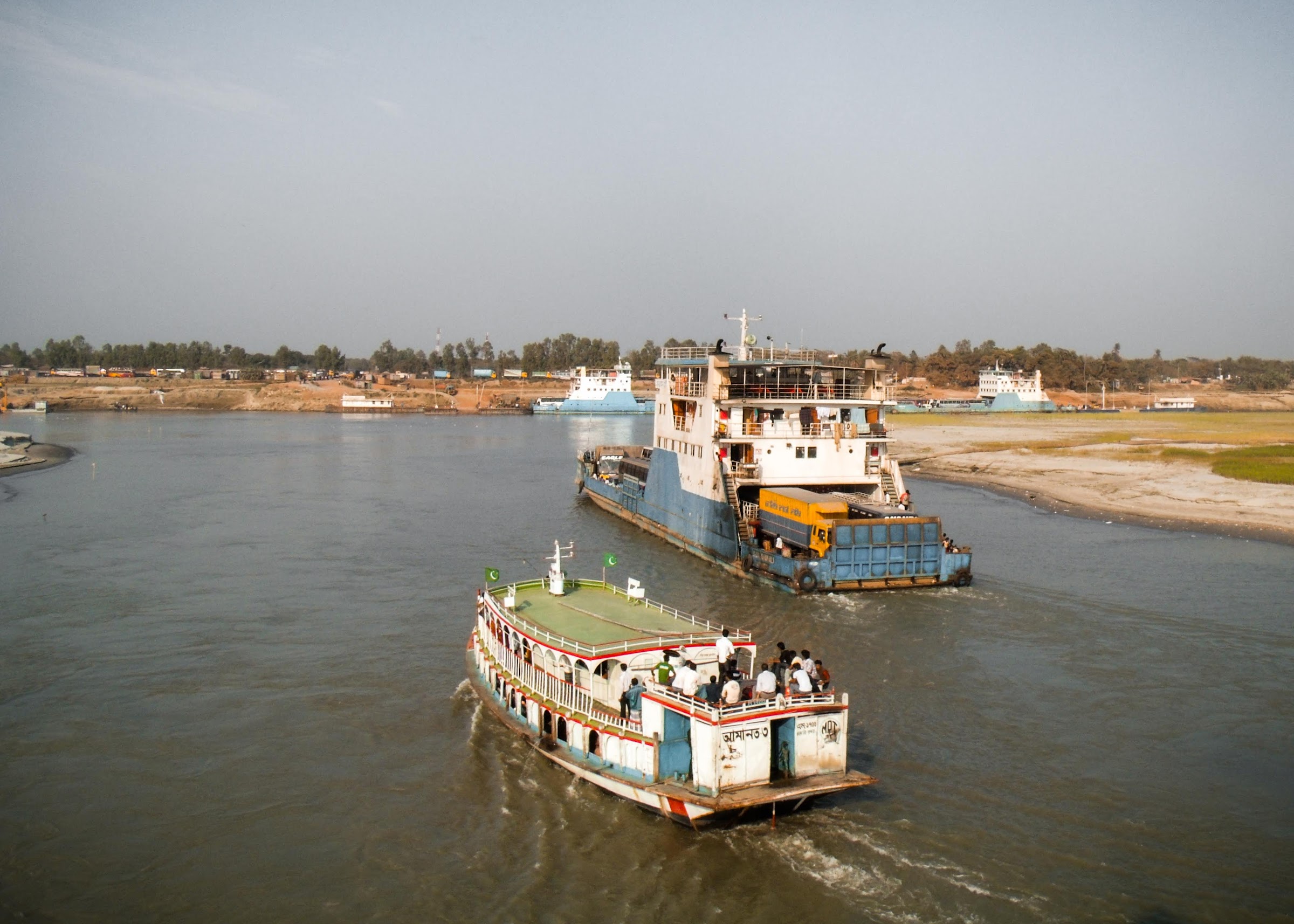 The next morning we took a bus to Bagarhat and visited the Shait Gumbad Masjid, meaning the sixty dome mosque. It was an impressive building, we managed to escape the heat for a while as we explored inside, but the crowds of people got to be too much so we left and took refuge by a small lakeside temple. 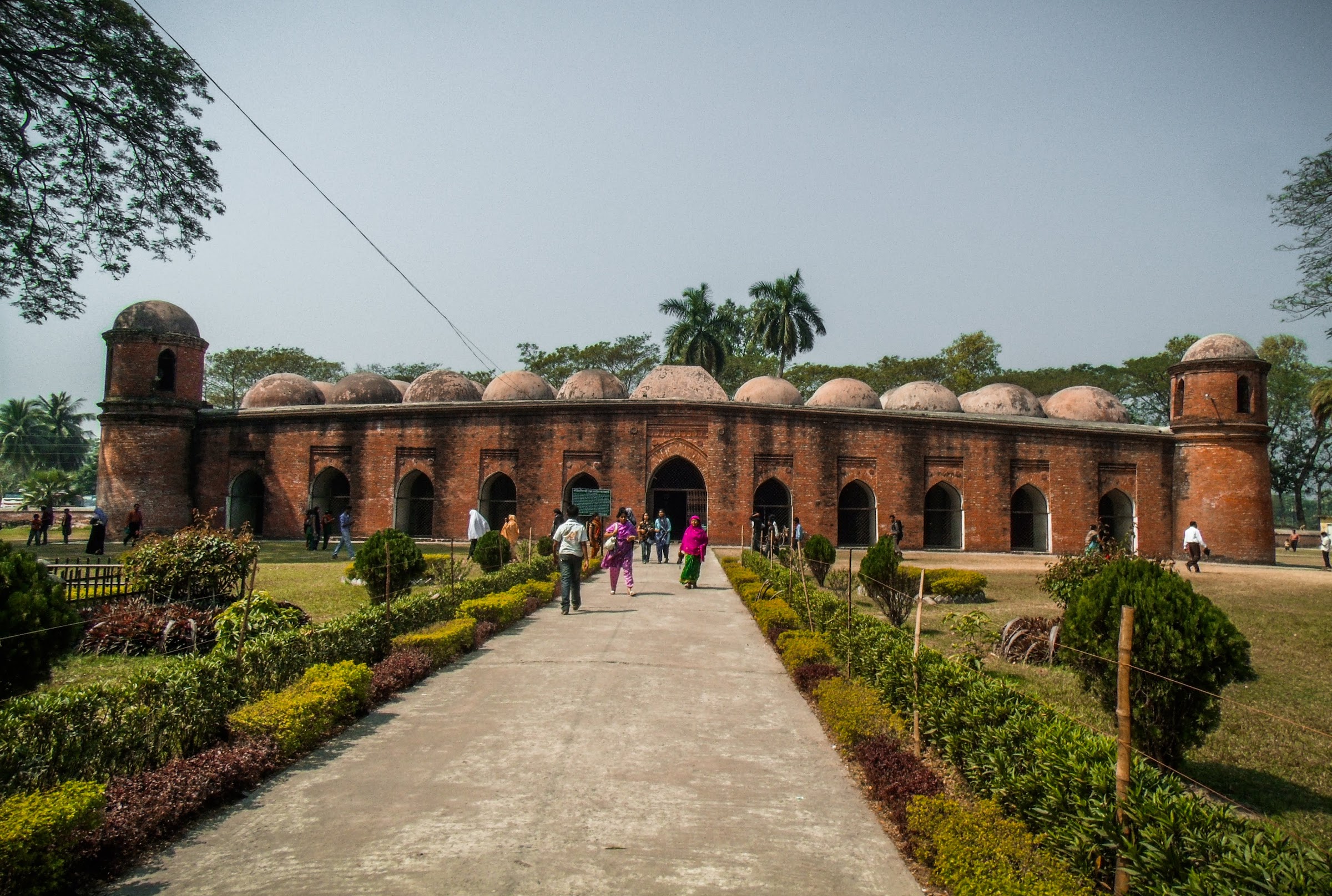 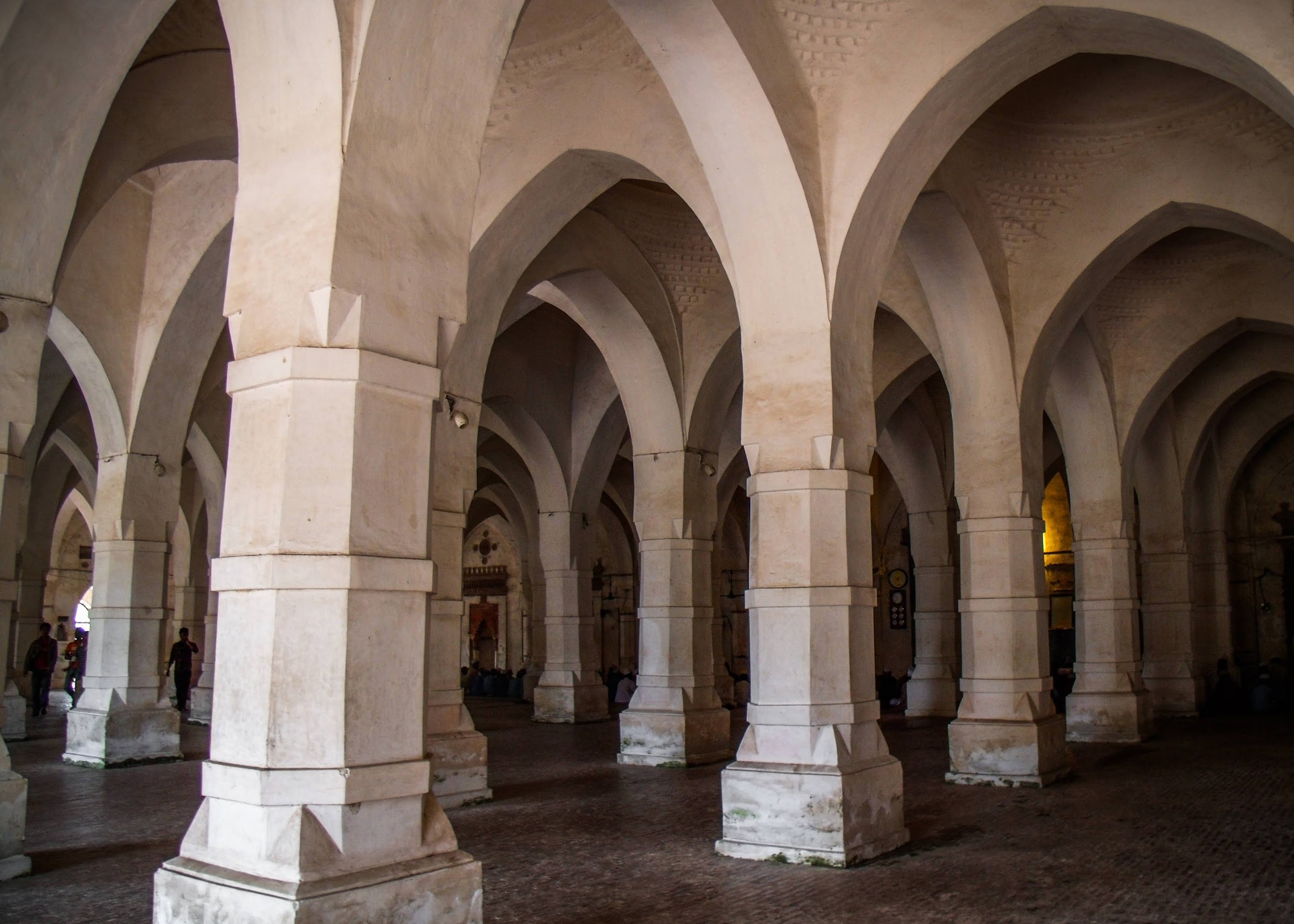 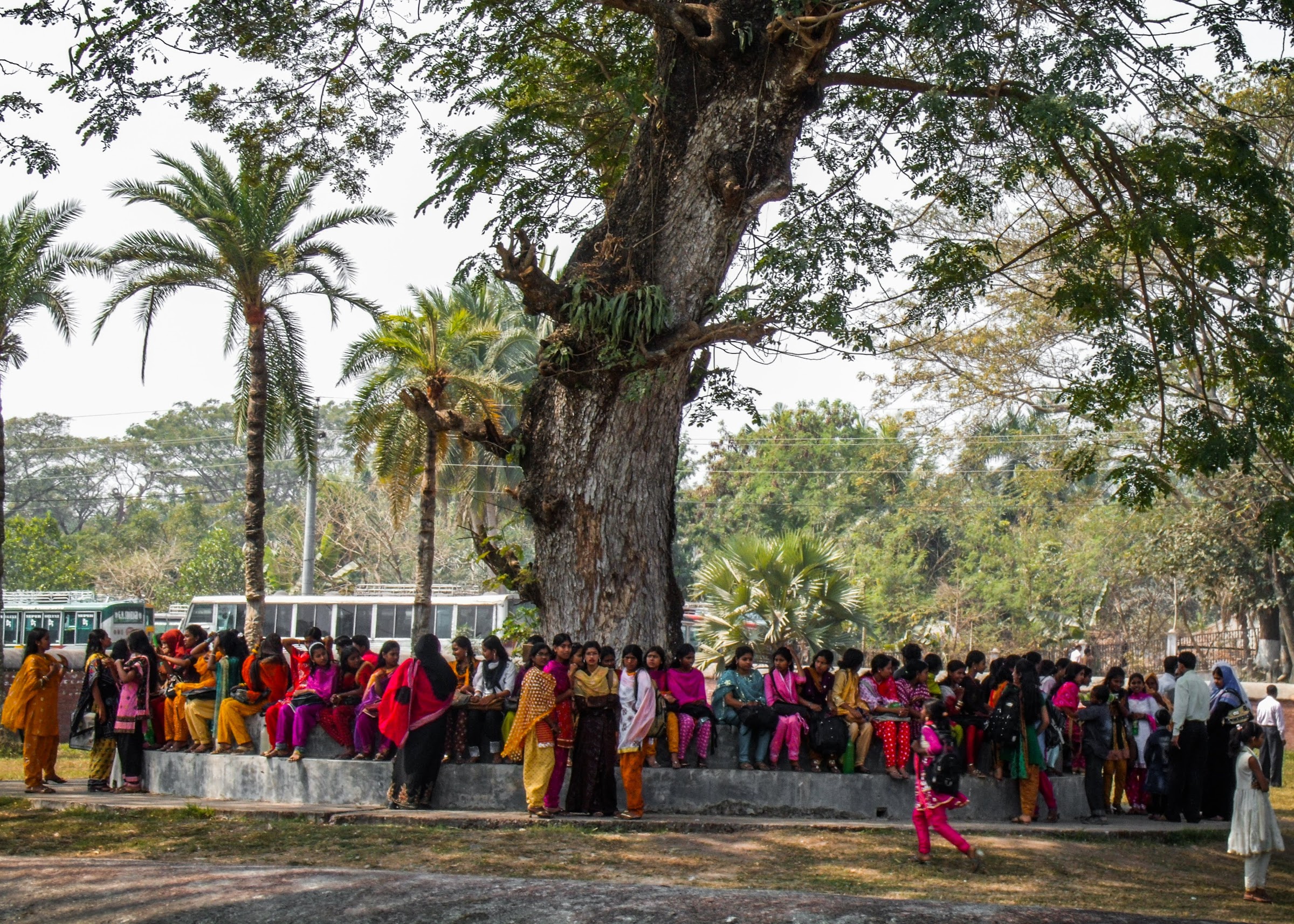 We had an extremely bumpy bus ride to Mongla and checked into the Hotel Pashur, a beautiful old building that was total luxury compared to some of our previous accommodation. We caught a small boat full of staring people across the river to explore that side of the town for a few hours, and caught it back as the sun was setting. 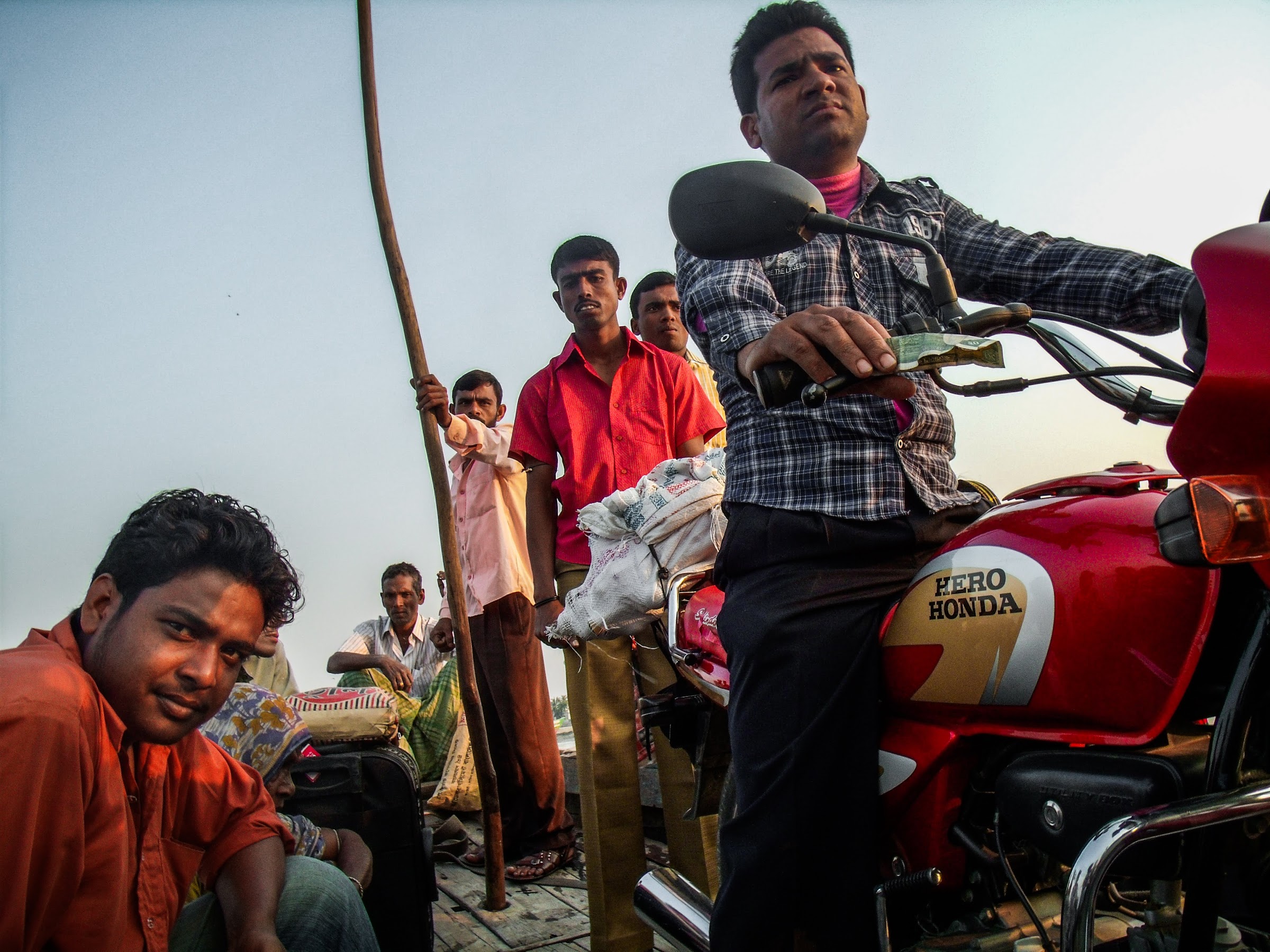 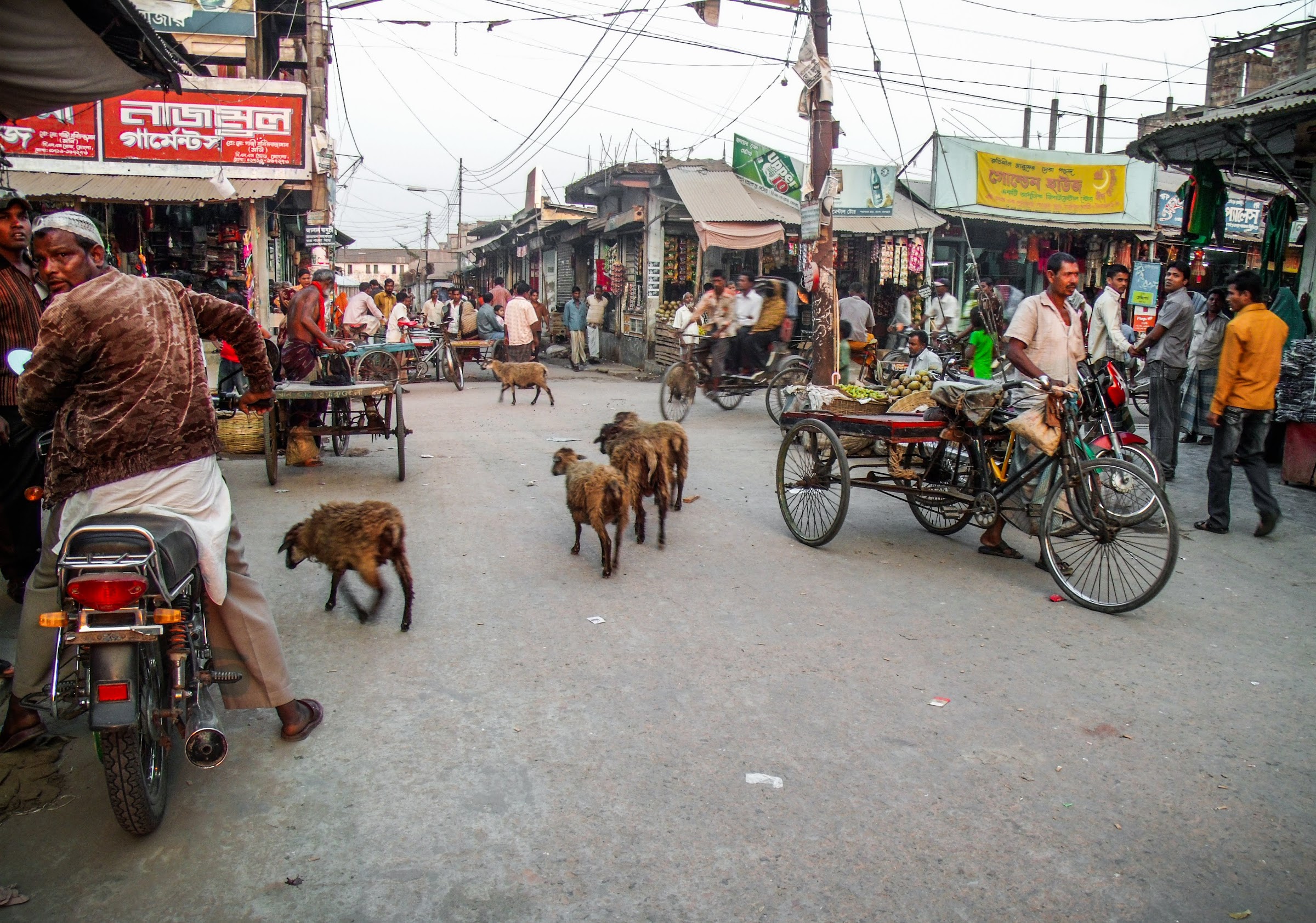 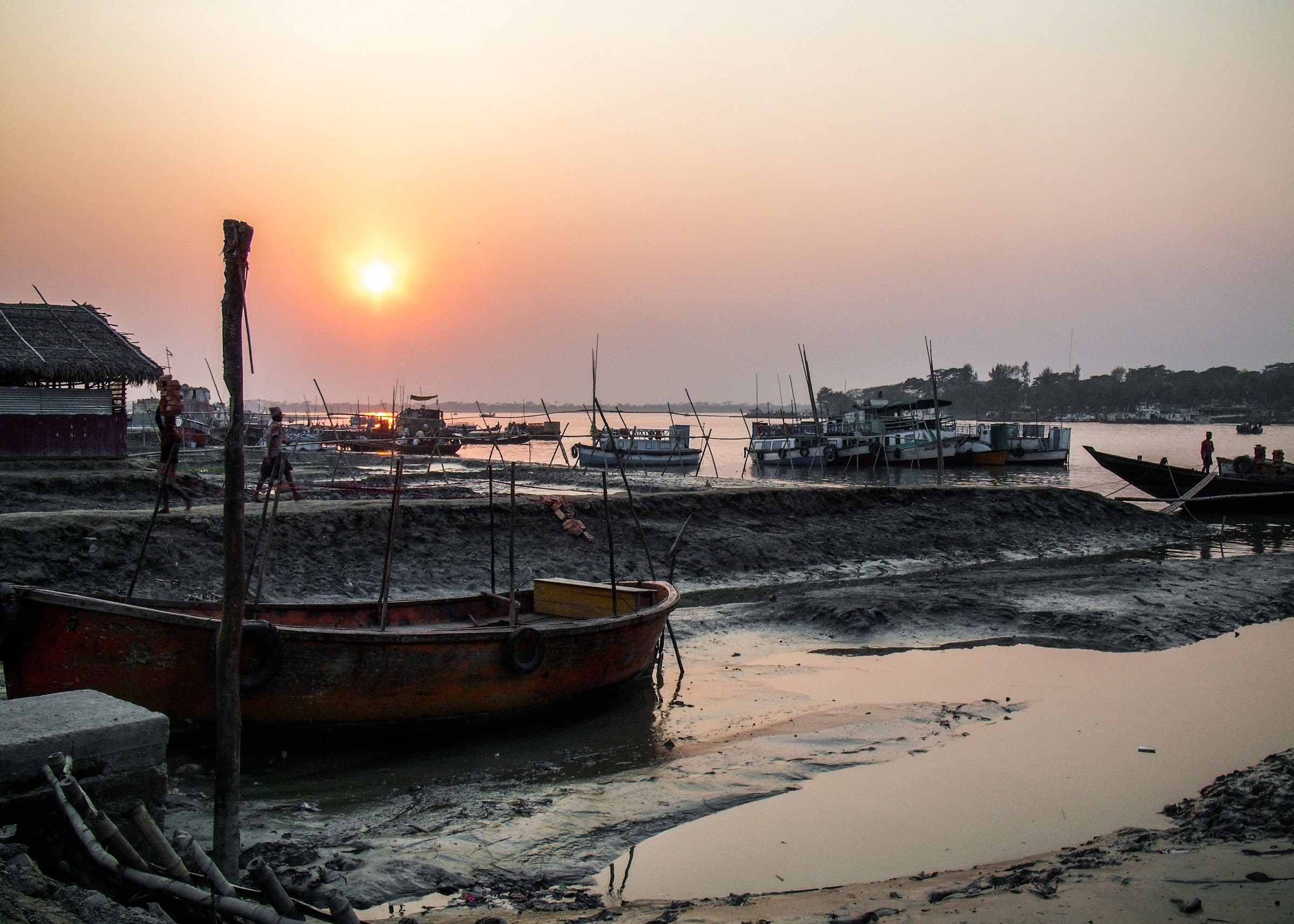 The Sundarbans, which means beautiful forest in Bangali, is the largest single block of mangrove forest in the world. It covers 10,000 square kilometers over southern Bangladesh and eastern India. It’s a National Park, a Tiger Reserve and a Biosphere Reserve, home to the largest reserves for the Bengal Tiger. Here you can spot jungle cats, monkeys, crocodiles, rare Irrawaddy river dolphins, boar, and deer. Tiger attacks are common.

We set off early on our own private boat, our captain didn’t speak any English but he knew where we wanted to go. We had to acquire our permits at the Forest Station before chugging on through progressively smaller rivers until we reached our first destination. We met our armed guard and followed him quietly through the mangrove forest, slipping in the mud and keeping an eye out for tigers. We found tracks, poo and a lot of blood from a tiger’s lunch but we never saw a tiger. 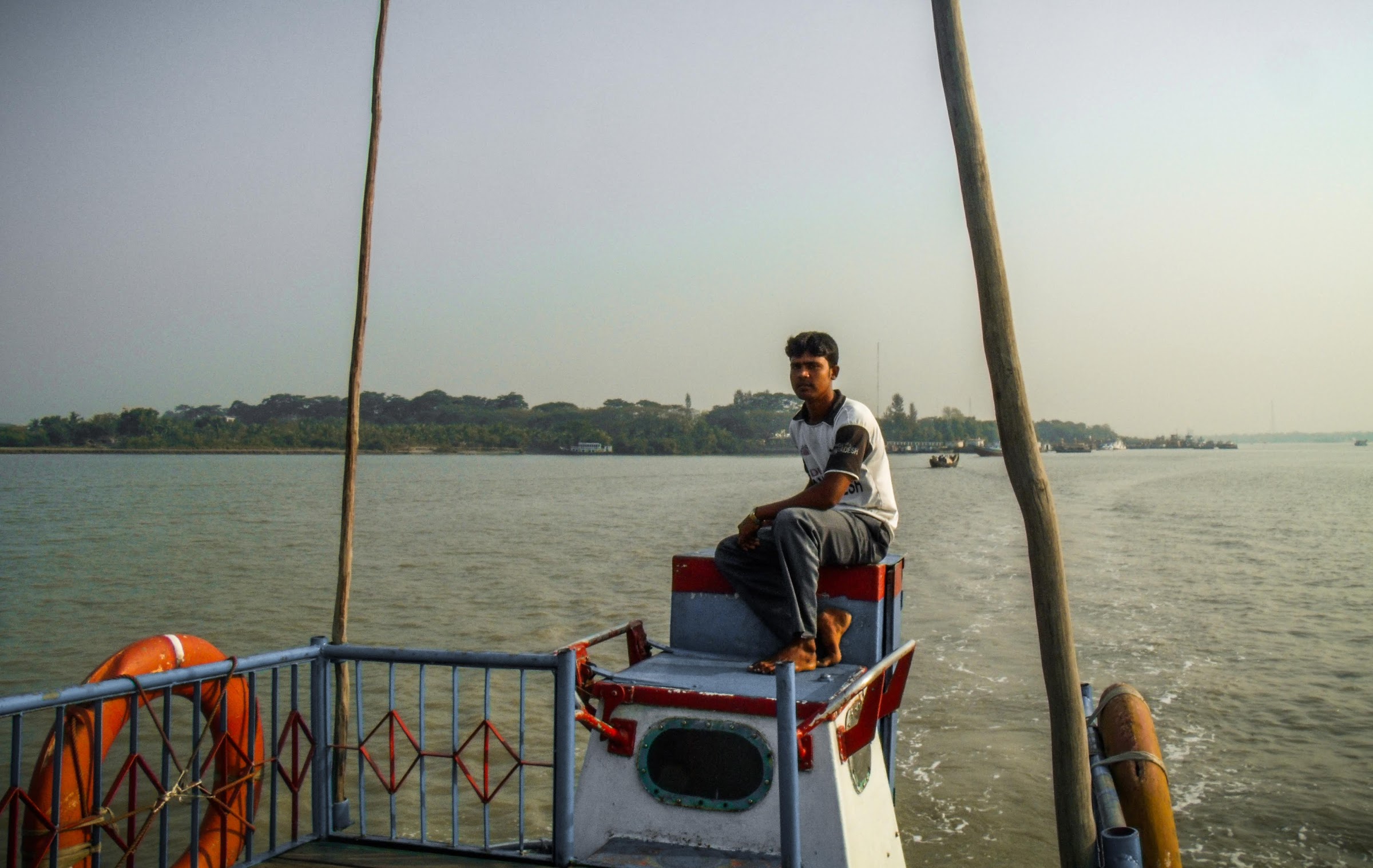 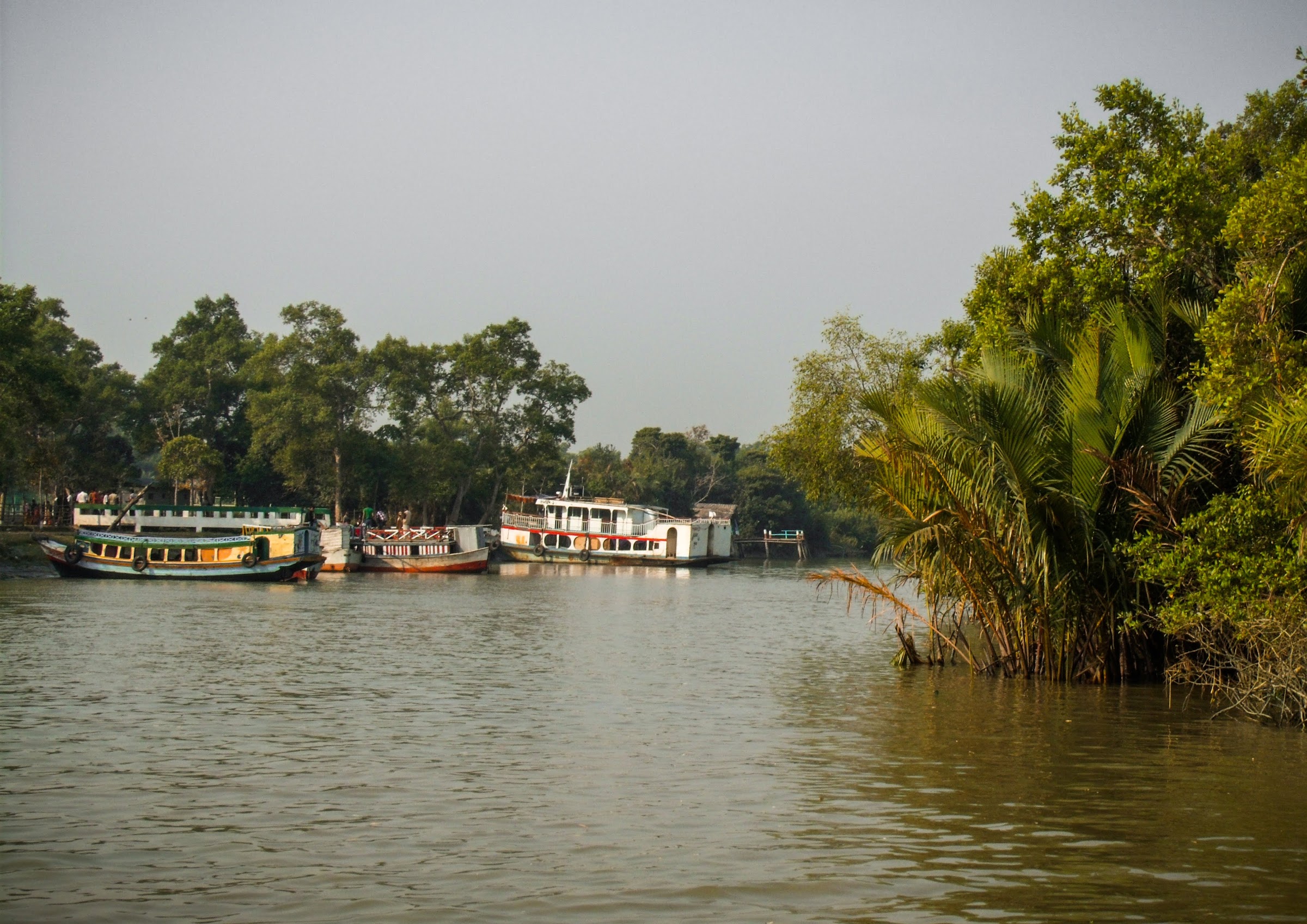 We slowly floated back to the Forest Station and had a short walk through the trees, surrounded by monkeys, to the ‘zoo’. It was a sad affair; a fenced-off area full of deer, some caged monkeys and a few concrete pens with crocodiles. They also showed us the ‘wild’ crocodile, just swimming across a lake the other side of the wall, waiting for a small child to fall in.

On our boat ride back to Mongla we were lucky enough to see the rare Irrawaddy dolphins very briefly before they swam off. We arrived back on land as the sun was setting, just in time for dinner and an early night. 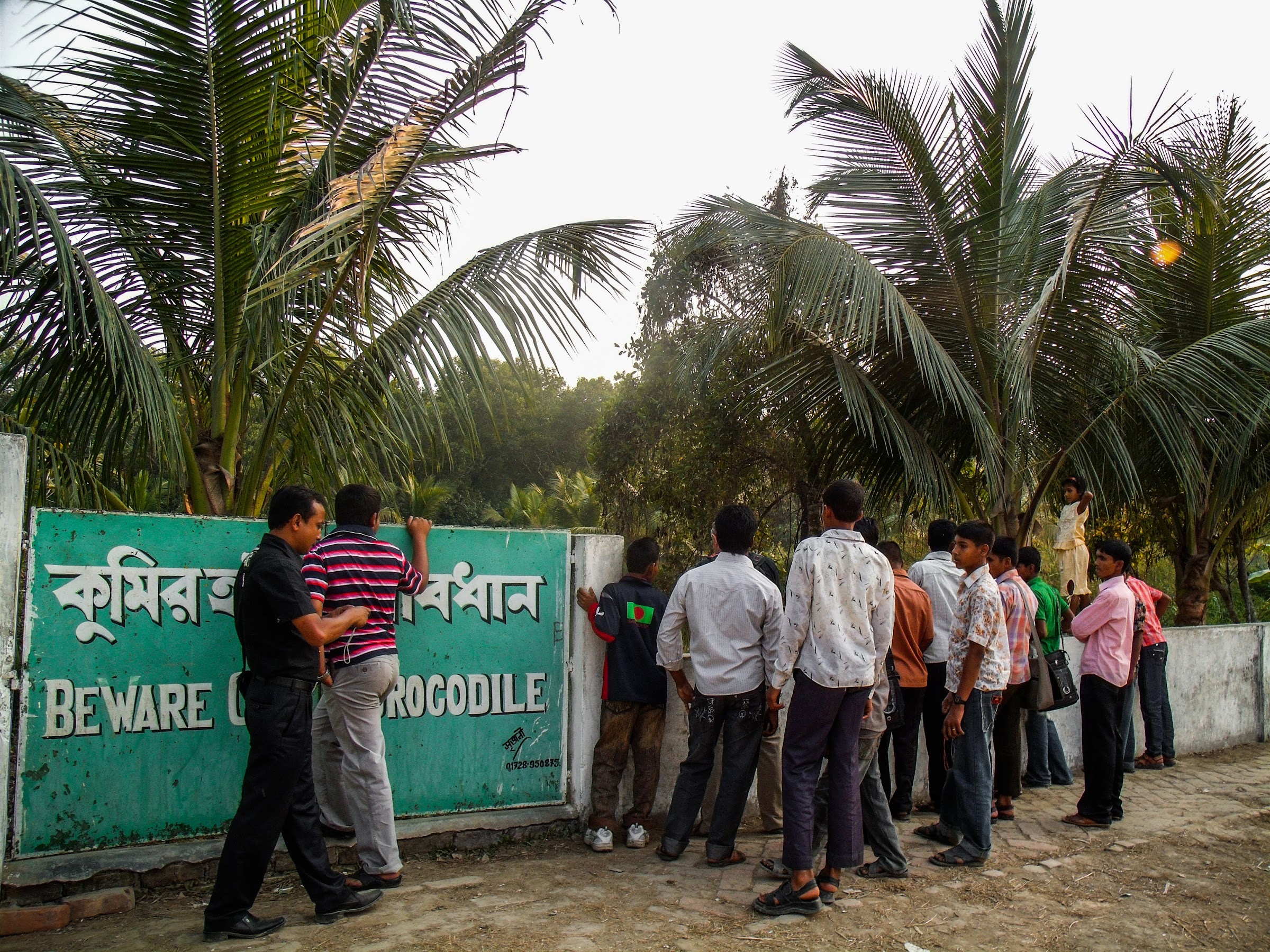 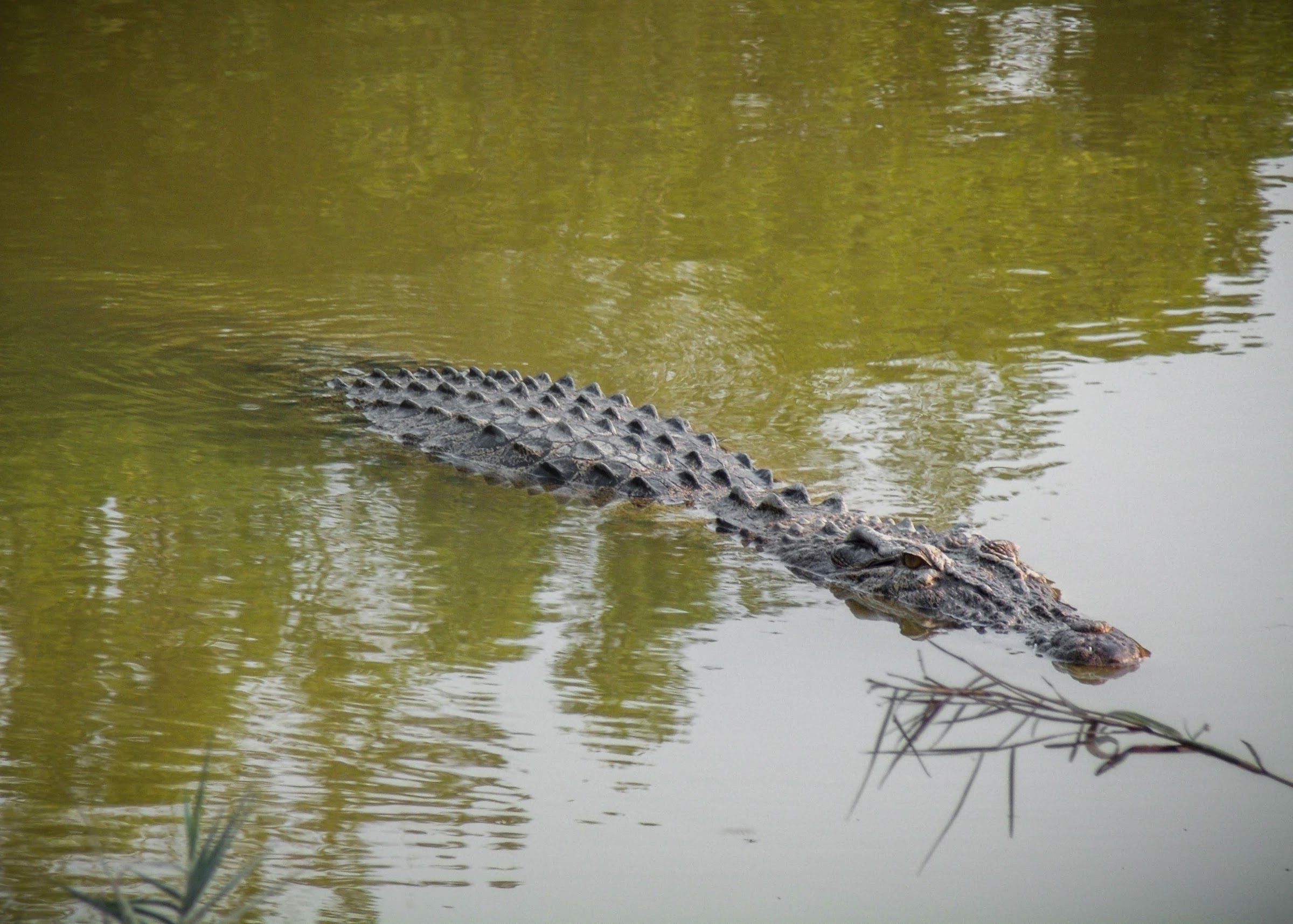 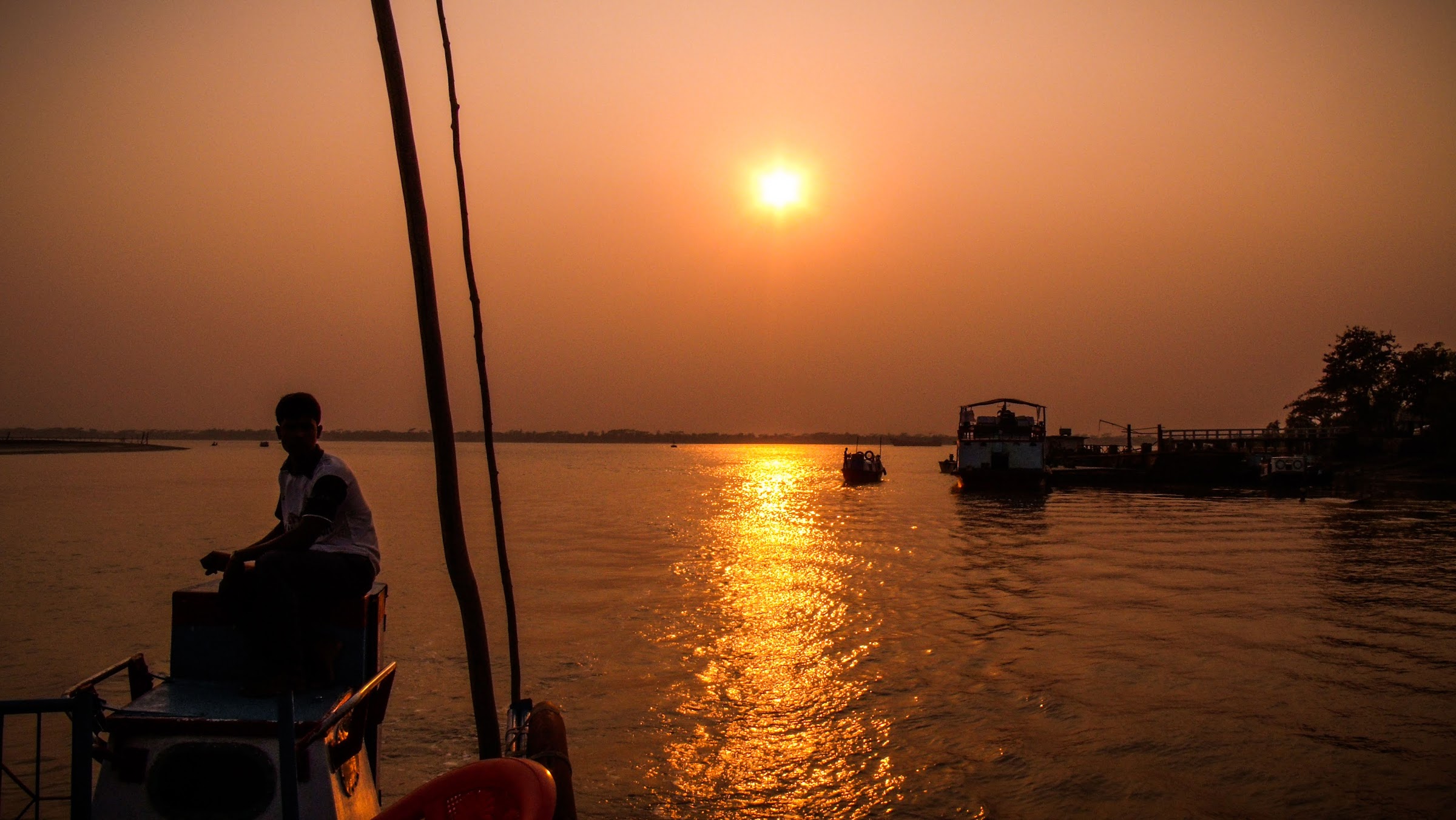 The ‘Rocket’ Paddle Steamer to Dhaka

This 221-mile overnight journey takes you from the town of Morrelganj up the Buriangi river to the bustling banks of Dhaka.

We had arranged a van to take us to the boat, so at 3am we were up and across the river waiting for our ride. Turns out our ‘van’ was nothing more than a motorbike with a cart on the back. Three bumpy, uncomfortable and bitterly cold hours later we arrived at the banks of the river. At least the sunrise was pretty! 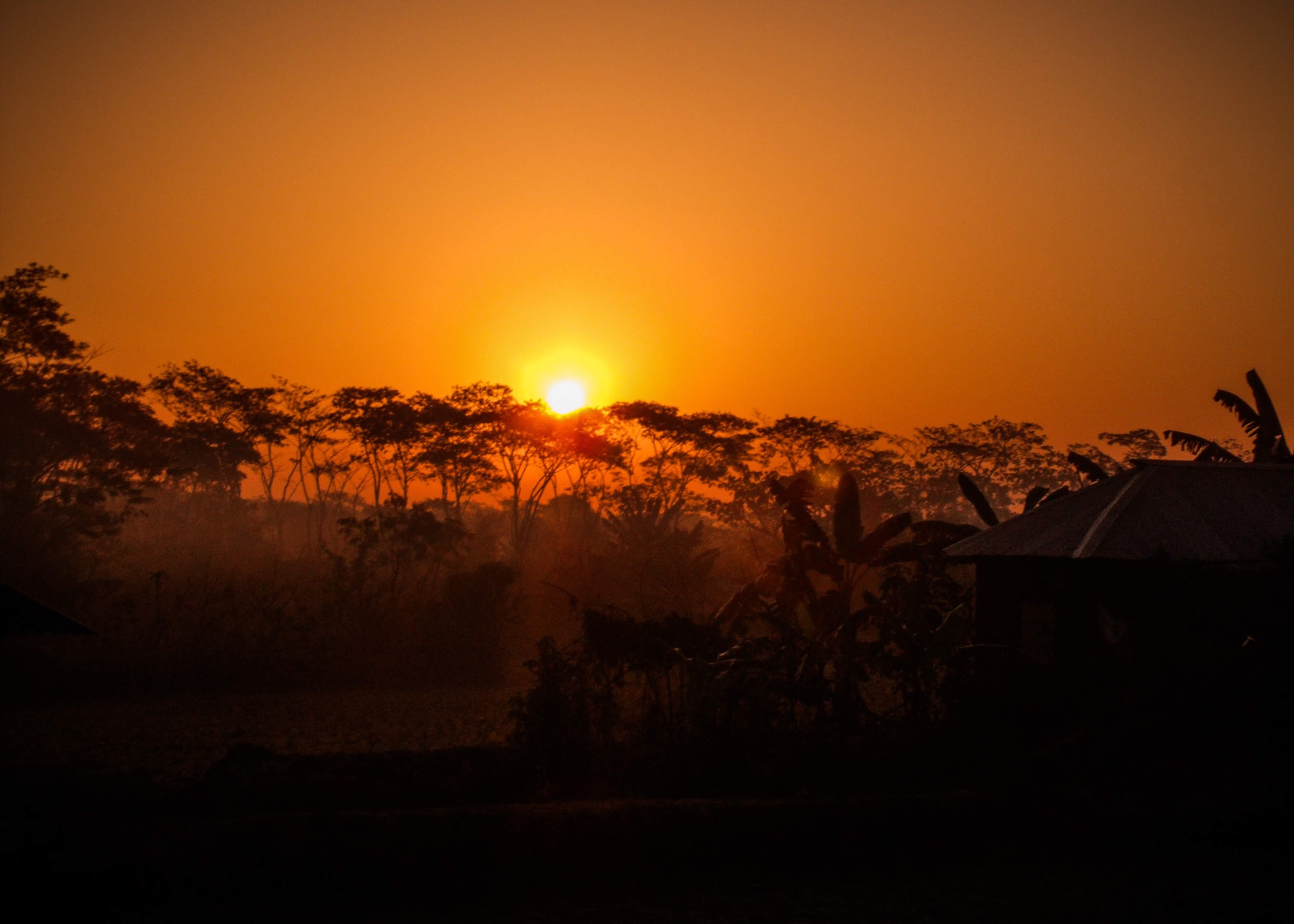 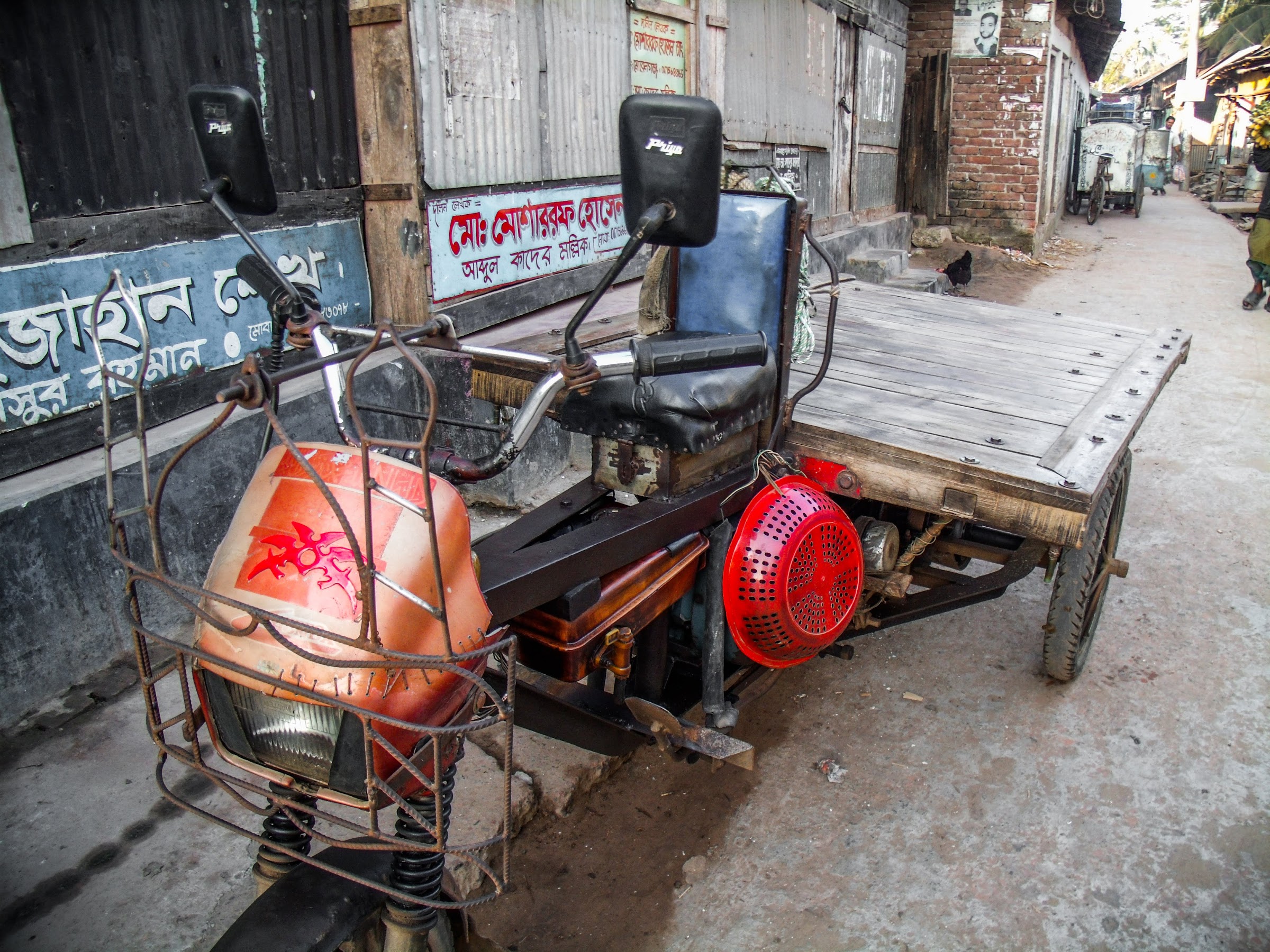 The old, rusty boat was waiting for us, and after a quick breakfast we were hurried into our first-class cabin. It was quiet, tucked away from the hordes of people crammed onto the lower decks. We had a bed each, fans to keep us cool, and our meals were served with the other first-class passengers with amazing views from the balcony at the bow of the ship.

The next morning we watched the sun come up, passing boats that were barely above water. As we neared Dhaka the colour of the river changed to black, the smog thickened and the river banks were heaving with apartment buildings, brick factories, and shipyards. At this point we were tired, grumpy and hungry, I was very sick and desperate to get off the boat and back to the house. 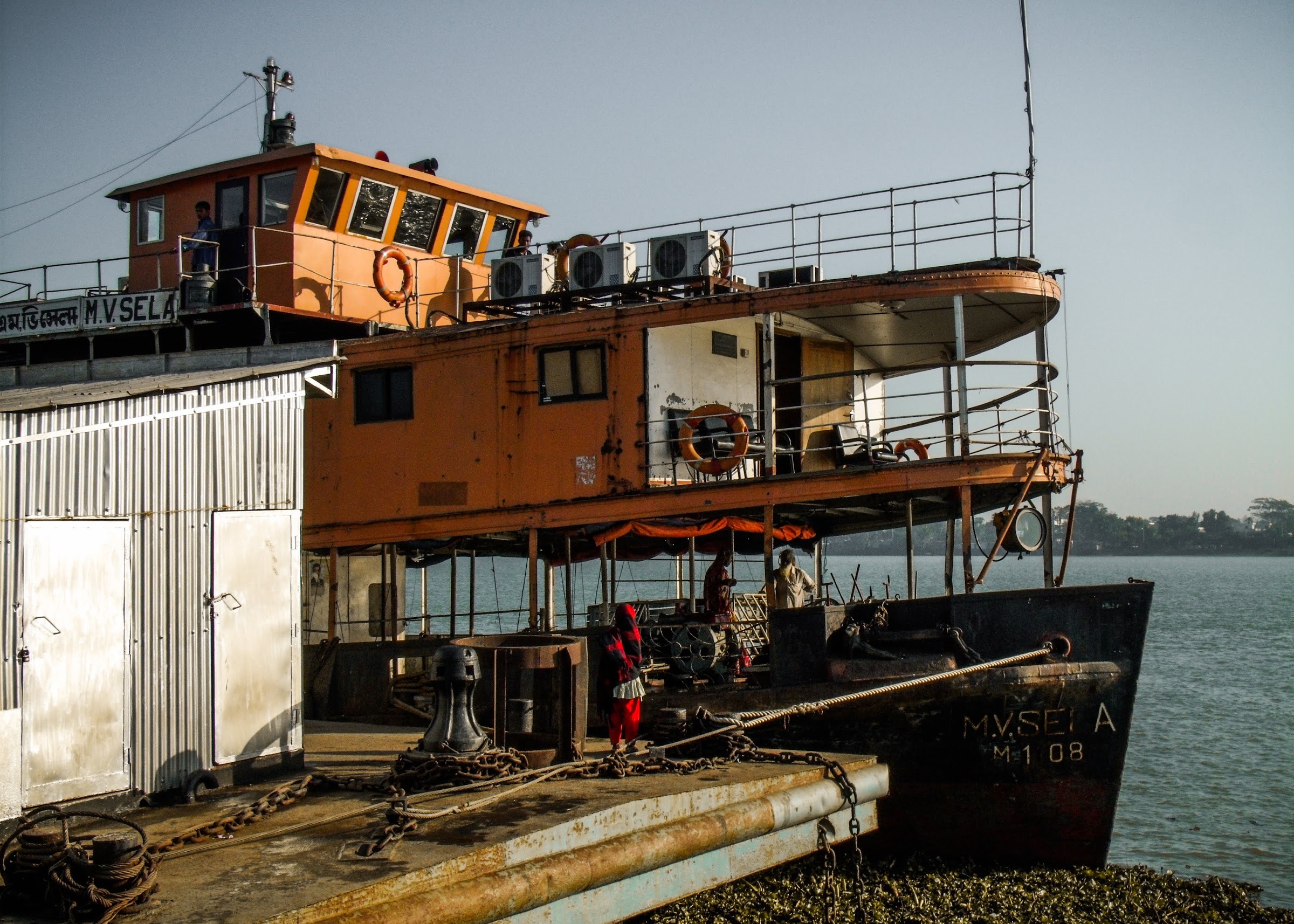 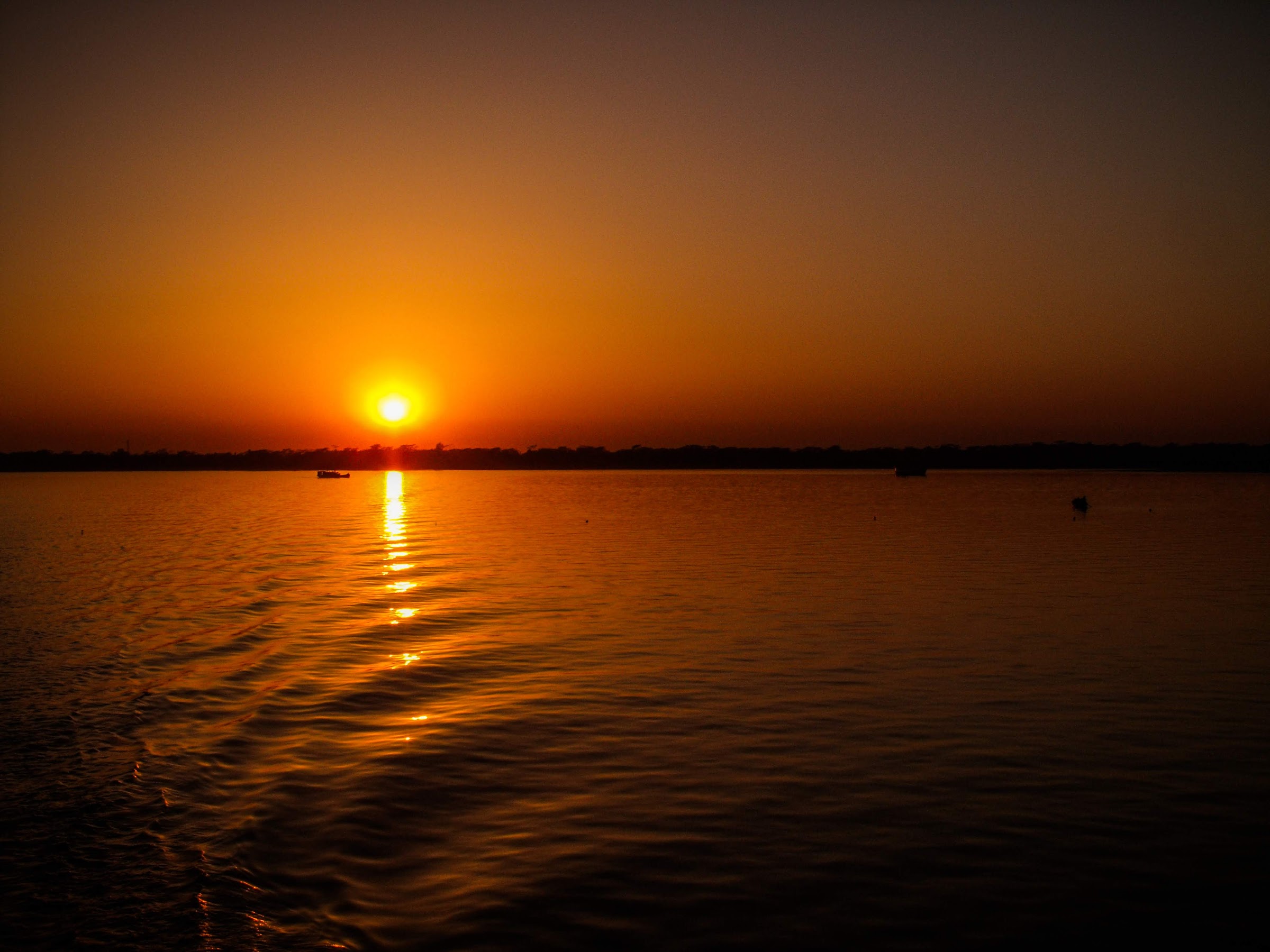 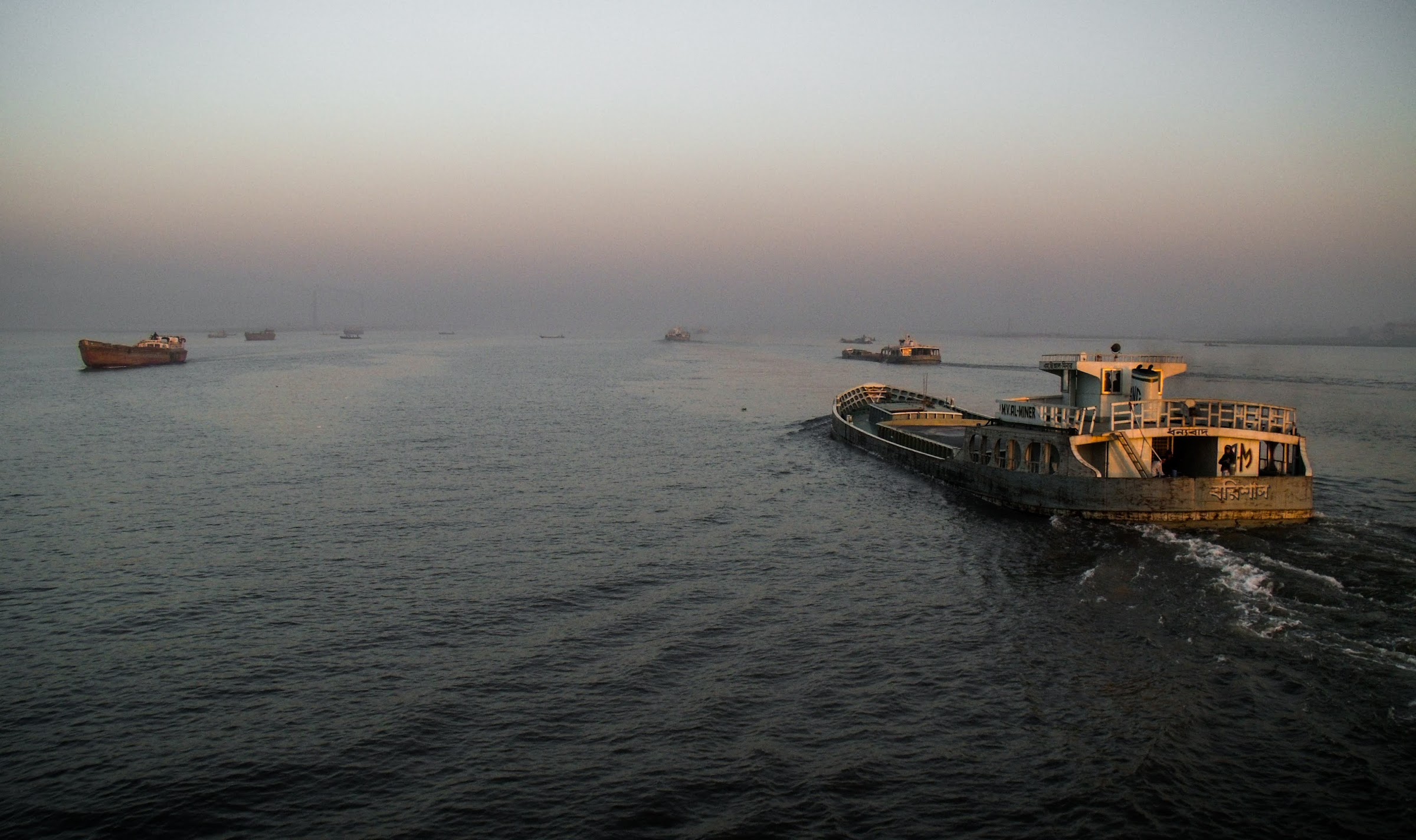 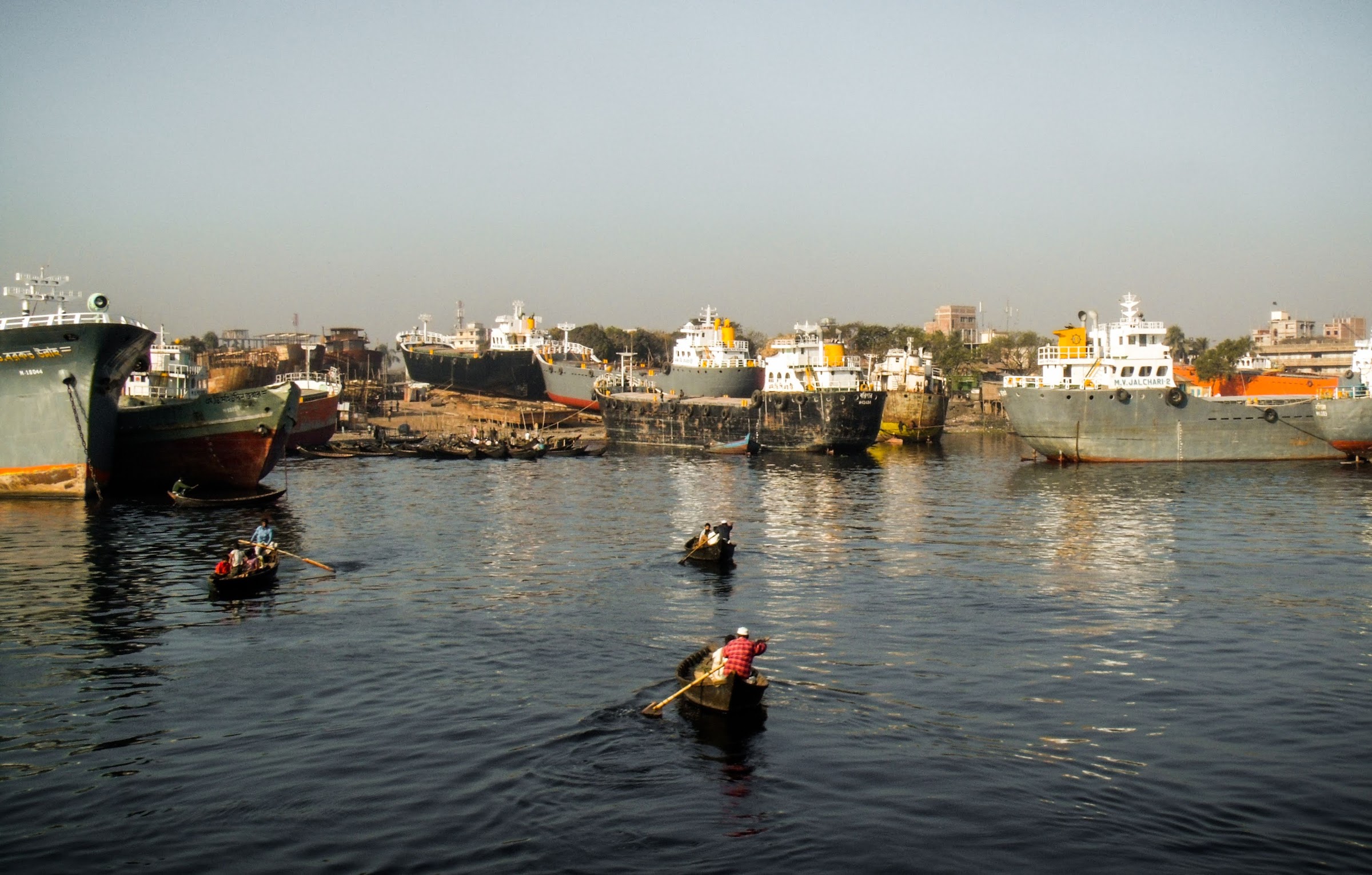 It was a long trip, but a good way to end my two months in Bangladesh! Travelling with my dad was an amazing experience, even if I didn’t handle it very well. To say this was a culture shock is an understatement, but I wouldn’t change it for the world.