Getting there and where to stay

While in Penang we were offered an easy option for getting to Langkawi for RM60, but we decided to do it ourselves and use public transport. It might not be quicker or easier, but it’s always cheaper and makes for a much better story.

We took a free ferry from Penang Island to Butterworth, an RM10 bus to Alor Setar, an RM1.5 bus to the jetty and the ferry across was RM23. The taxi on the other side to the tourist area was RM6 each but you have to pay that either way. It was hilarious, cost us half the price and didn’t take much longer than the tourist shuttle bus.

Our group of four ended up staying in the amazingly cheap and fun Economy Homestay with private bungalows surrounding a shared pool for RM20 each where we met some very awesome people, and that is how the Jellyfish gang was formed. 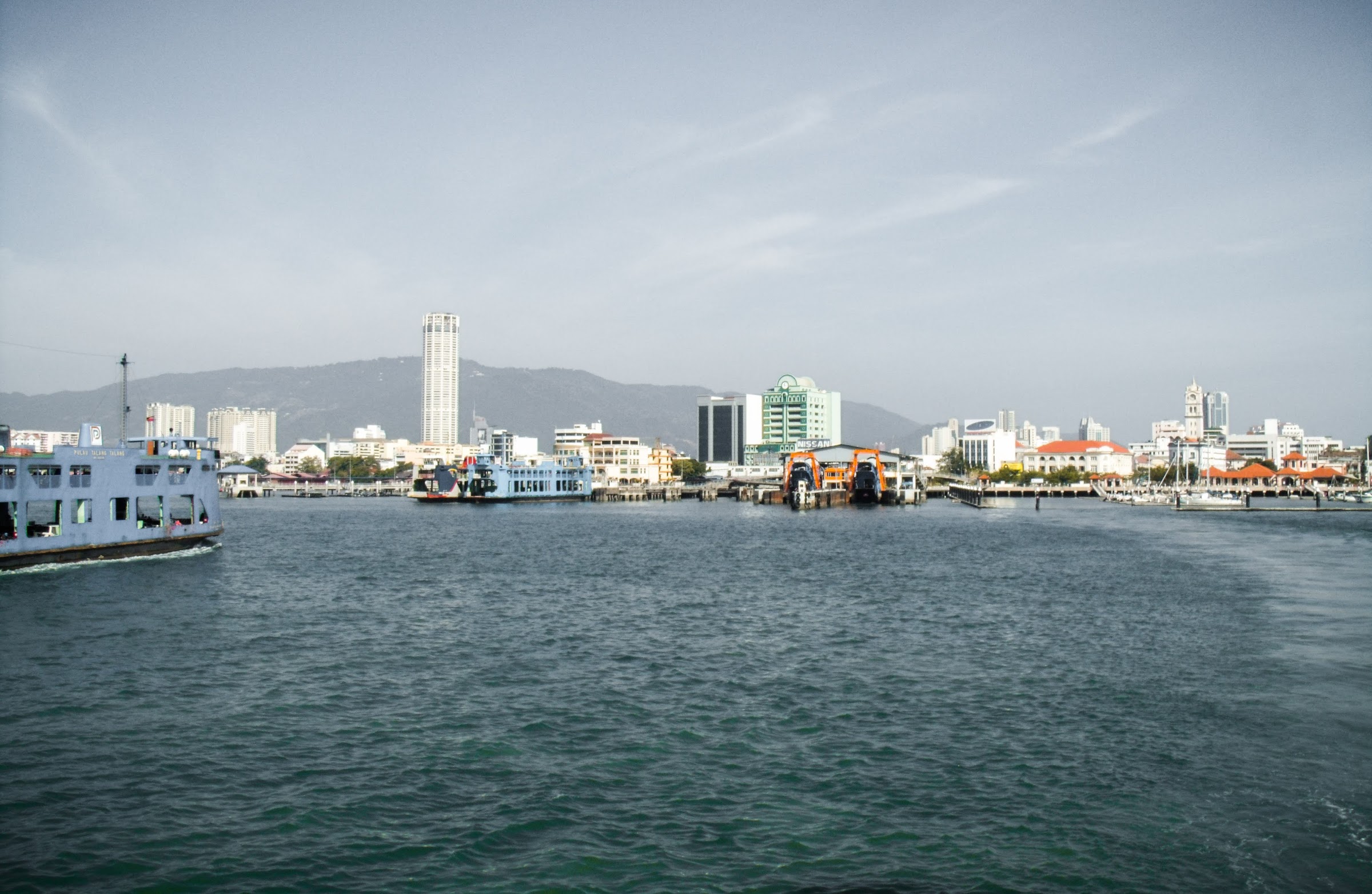 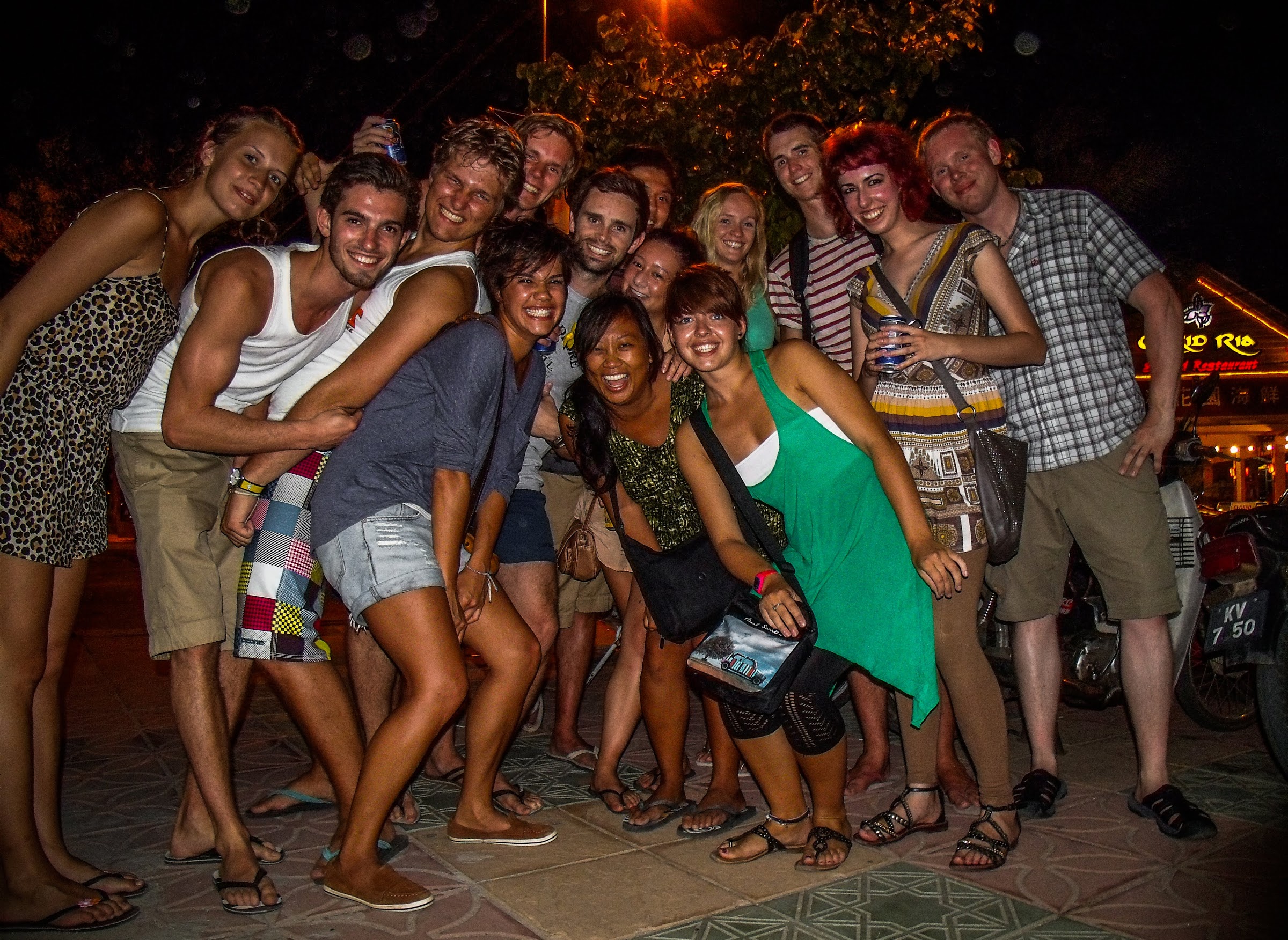 Make your way to the Oriental Village (we took a cheap taxi) at the base of Mount Mat Cincang and ascend up the Langkawi Cable Car with great views of the island and its stunning coastline until you reach the peak and the Langkawi Bridge.

This 125-meter curved suspension bridge is perched high in the mountains some 660 meters above sea level. As you cross the bridge and look across the railing there is a stomach-churning drop, sometimes you can feel it swaying in the wind. 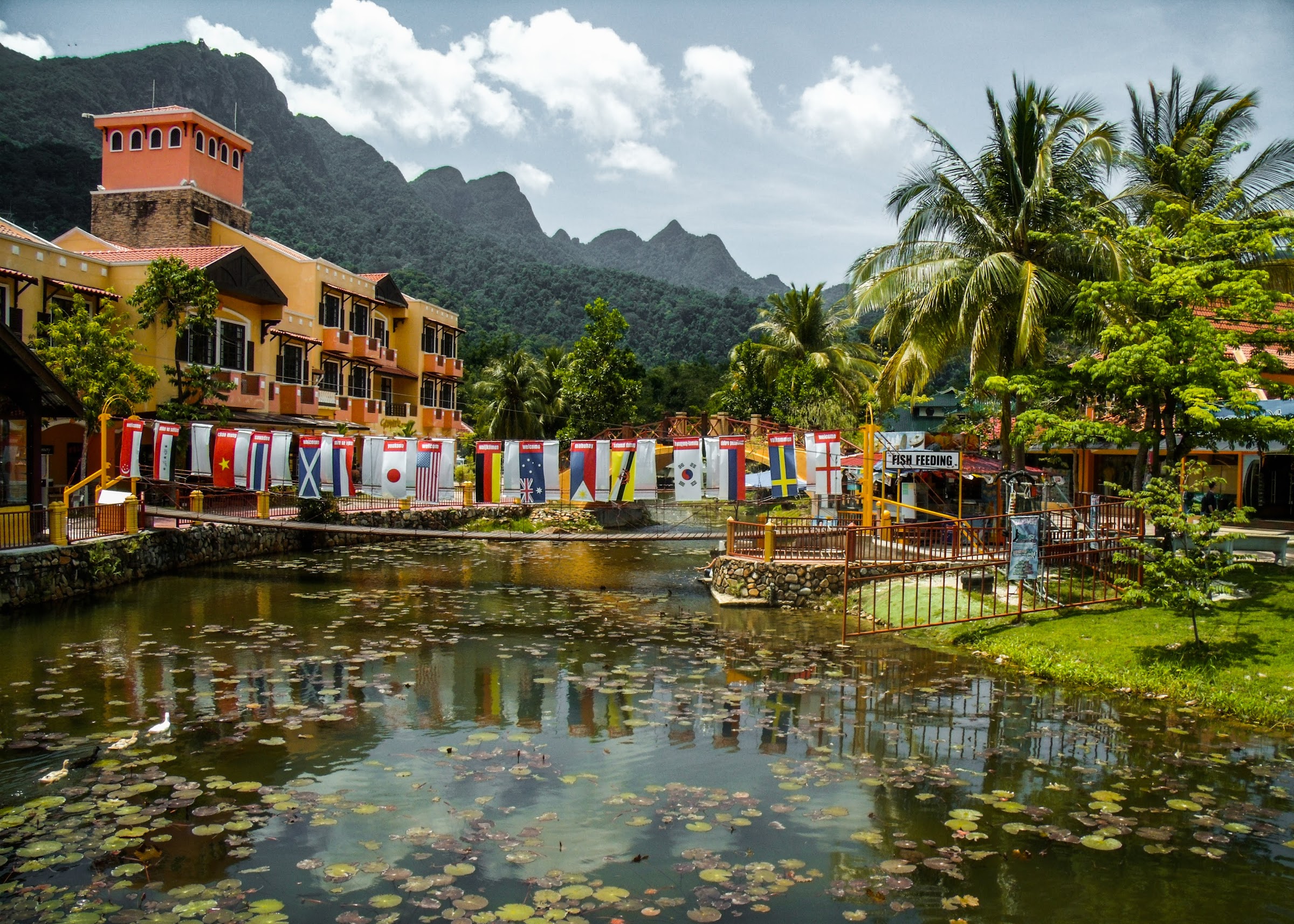 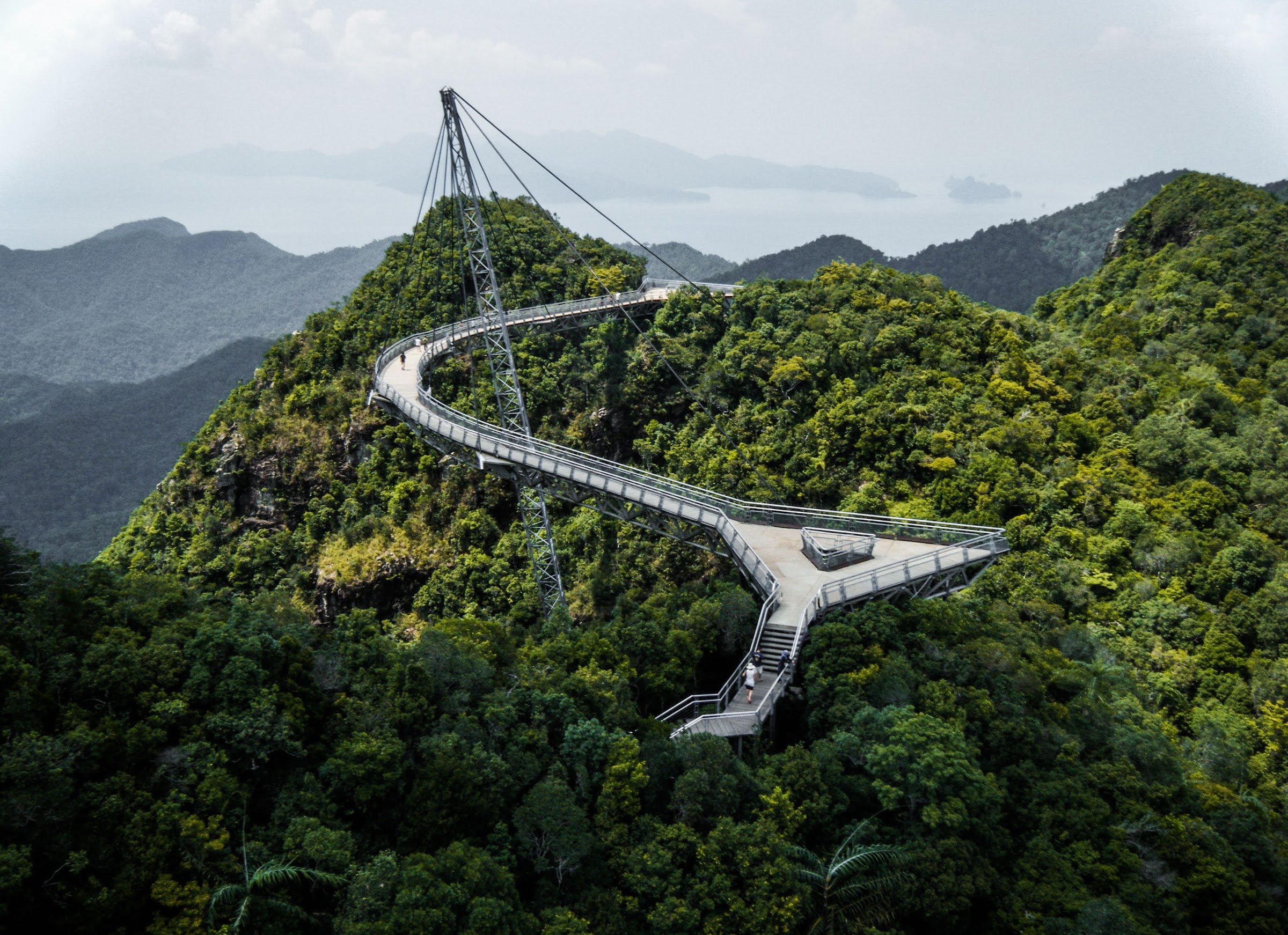 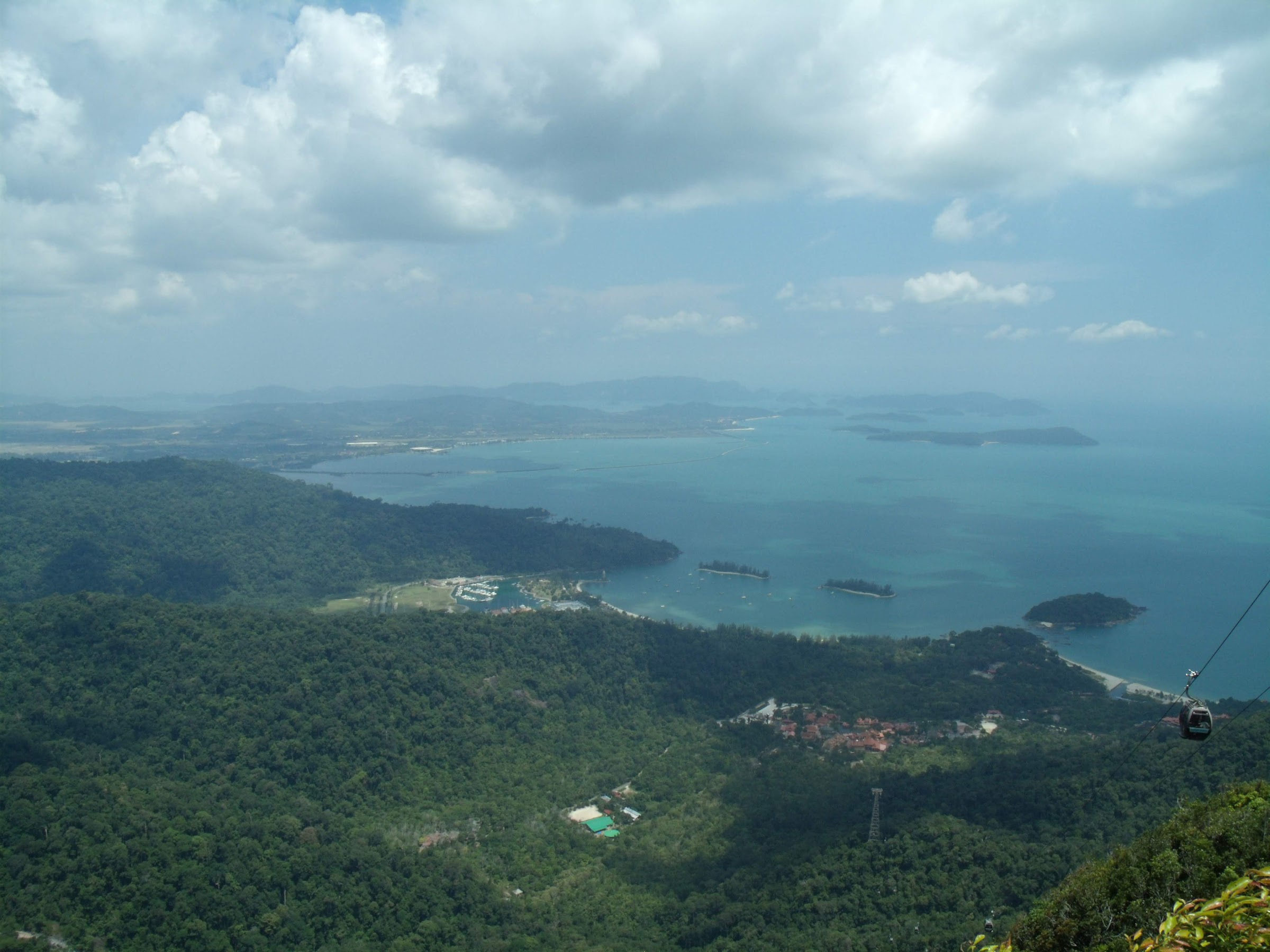 On your way back from the bridge ask your taxi driver to take you to the waterfall. It’s considered to be the most beautiful on the island, and you can spend an afternoon relaxing in the water, sunbathing on the rocks or jumping off them into the pools below. Just be careful where you’re jumping, there are a few big rocks you might hit, especially if you’re as unlucky as I was. 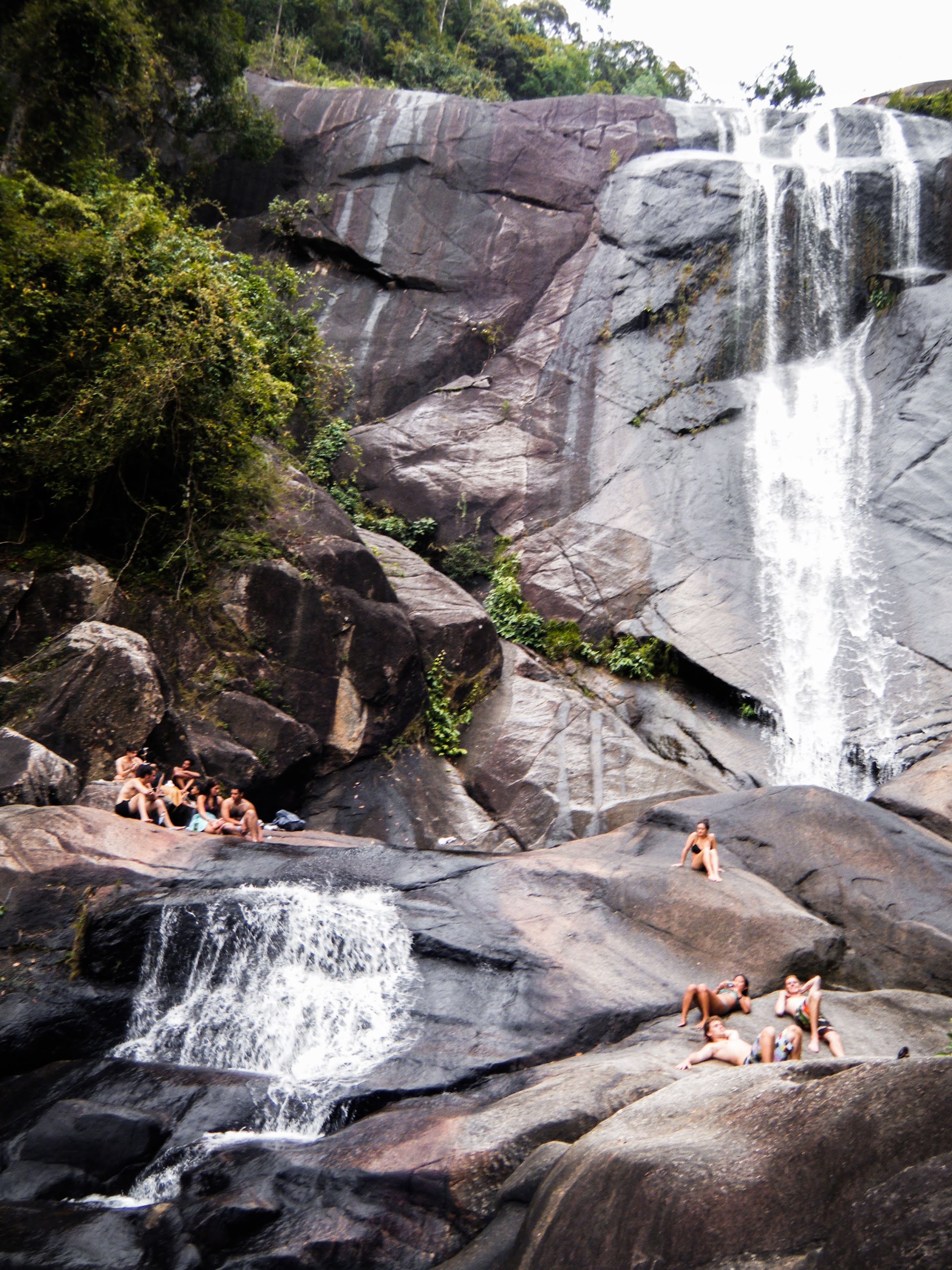 Because we had such a large group we decided to hire a private boat for a day and go island hopping. I would definitely recommend this. It cost RM300 for 4 to 5 hours including watching the sunset from a private beach. It worked out to be £5 each, and worth every penny. Pack some beers and snacks for the day!

Our first and favourite stop was the Lake of the Pregnant Maiden, where you can hire peddle-boats or just spend hours jumping off the jetty and swimming in the refreshingly cold water. We then stopped at a small inlet to watch eagles feeding before making our way to the private beach to relax in the calm water and watch the sunset with some music playing and a beer in our hands. 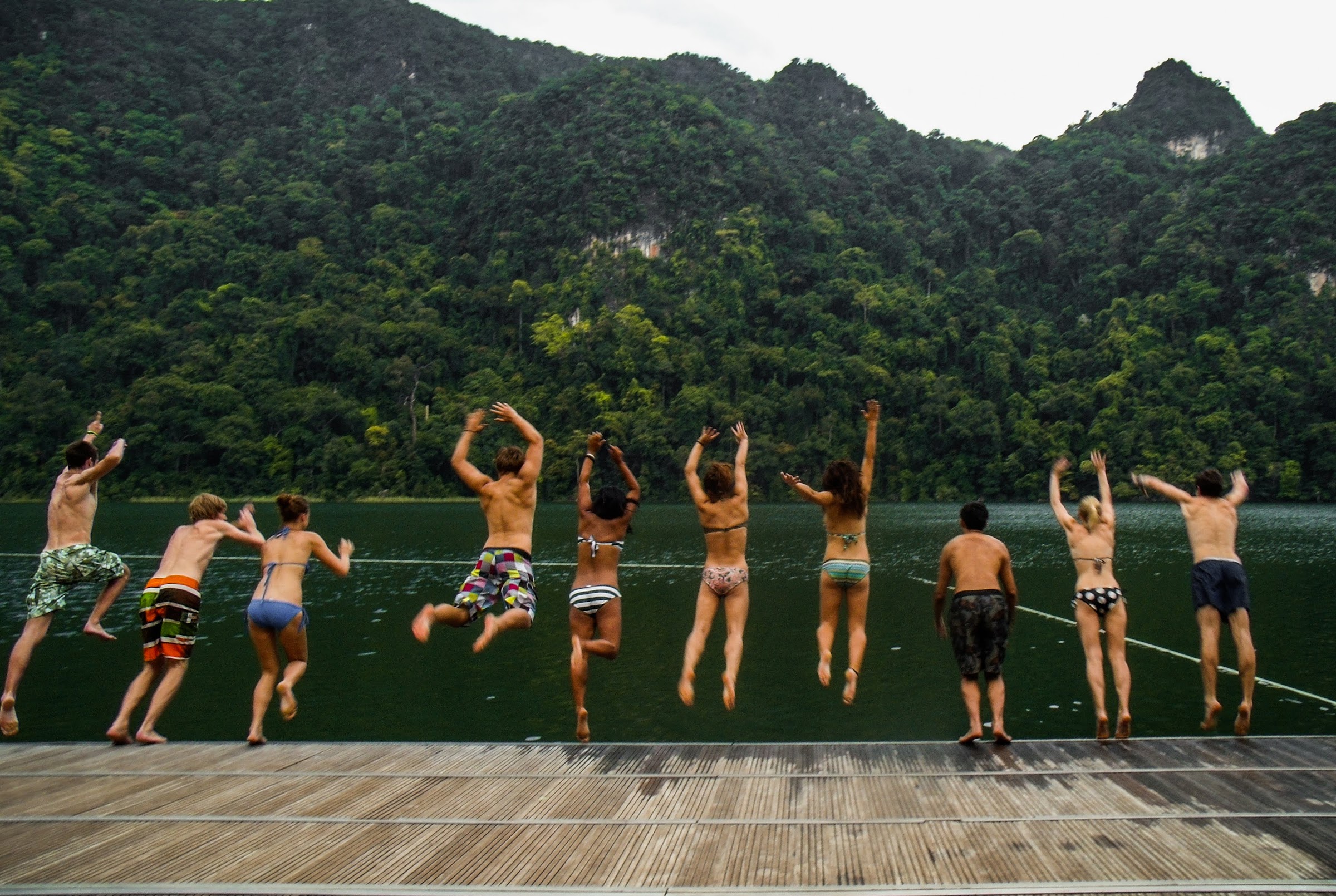 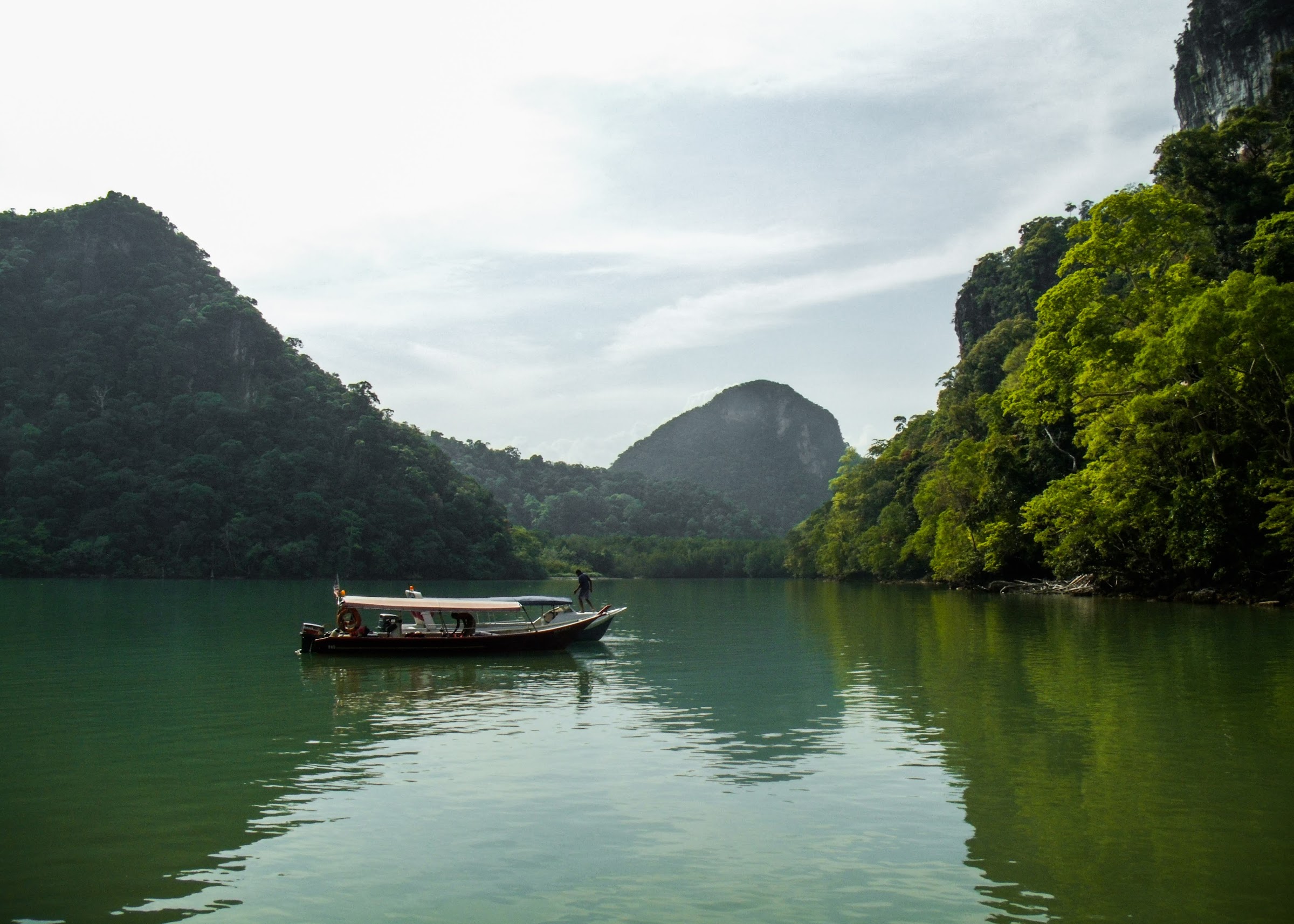 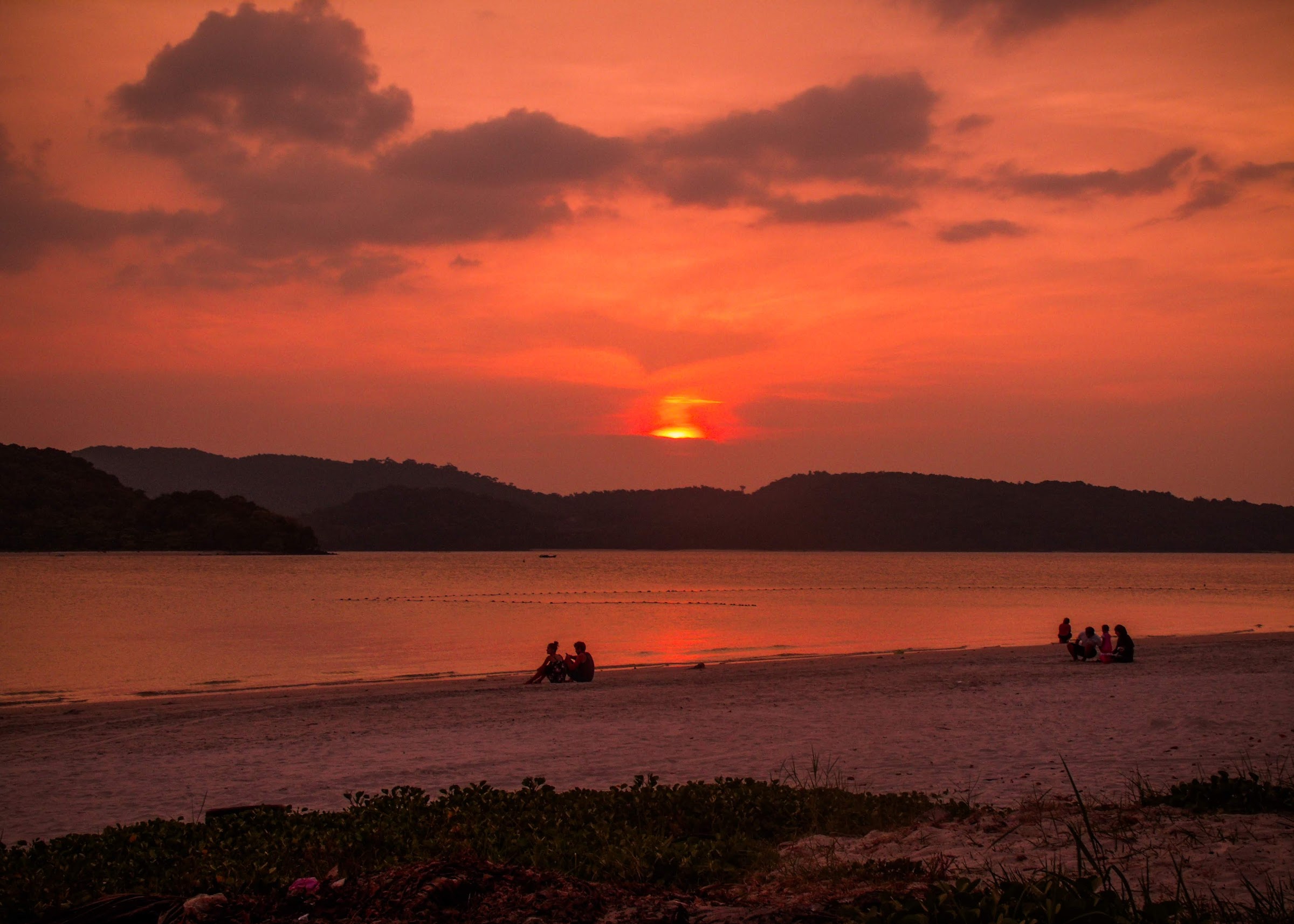