Chiang Rai is usually the last stop on most backpacker routes through Thailand before heading into Laos. Along with an incredible night market you can visit Wat Rong Khun, or the White Temple as it’s known to us, which is actually a privately owned art exhibit that was created from the ruins of the original temple by Chalermchai Kositpipat and opened to the public in 1997.

As you cross the small lake you see hundreds of hands reaching towards you which symbolise unrestrained desire. You then arrive at the Gate of Heaven with two statues: Rahu, who decides the fate of the dead, and Death himself. The main building, the all-white ubosot, is covered with pieces of broken mirror and shines brightly, even on cloudy days.

As you enter inside you are surrounded with a fiery mural to symbolise the destruction man has caused to this planet. The flames and demon faces are broken up by images of terrorists attacks alongside idols such as Neo from The Matrix, Superman and Harry Potter. The rest rooms building represents the body (while the ubosot represents the mind), it’s painted completely gold to symbolise how people focus on desires and money, when we should in fact focus on the mind. 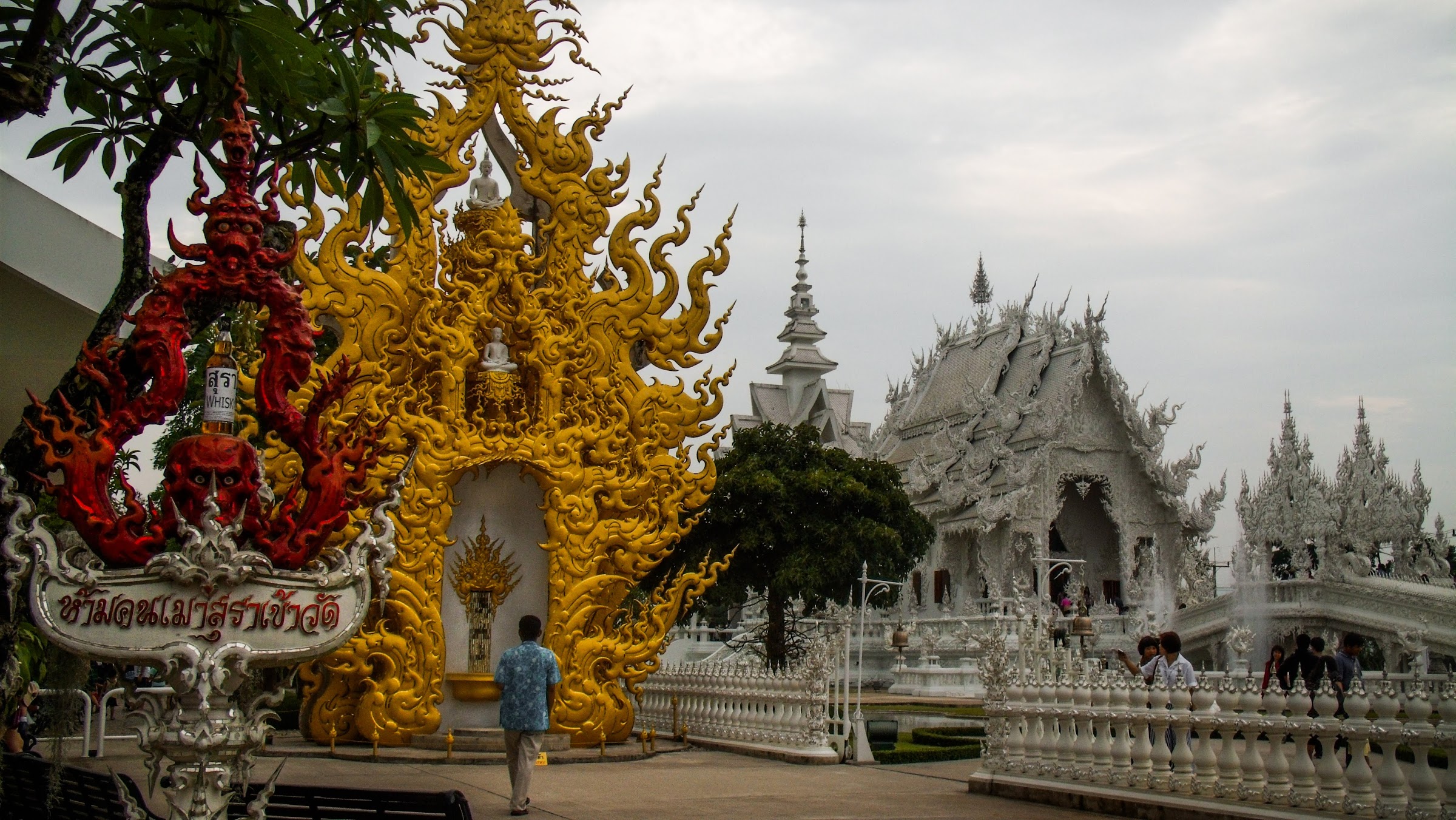 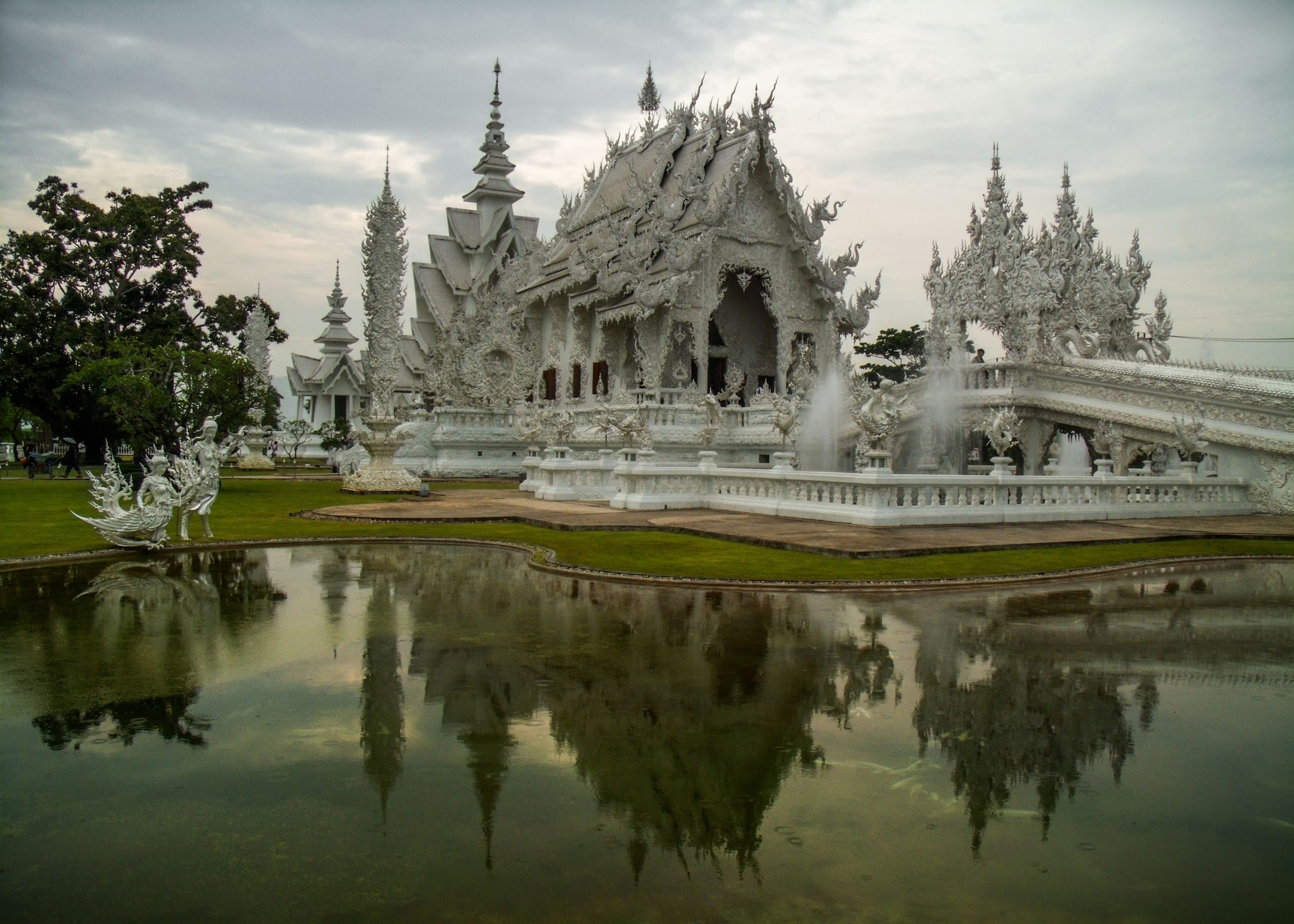 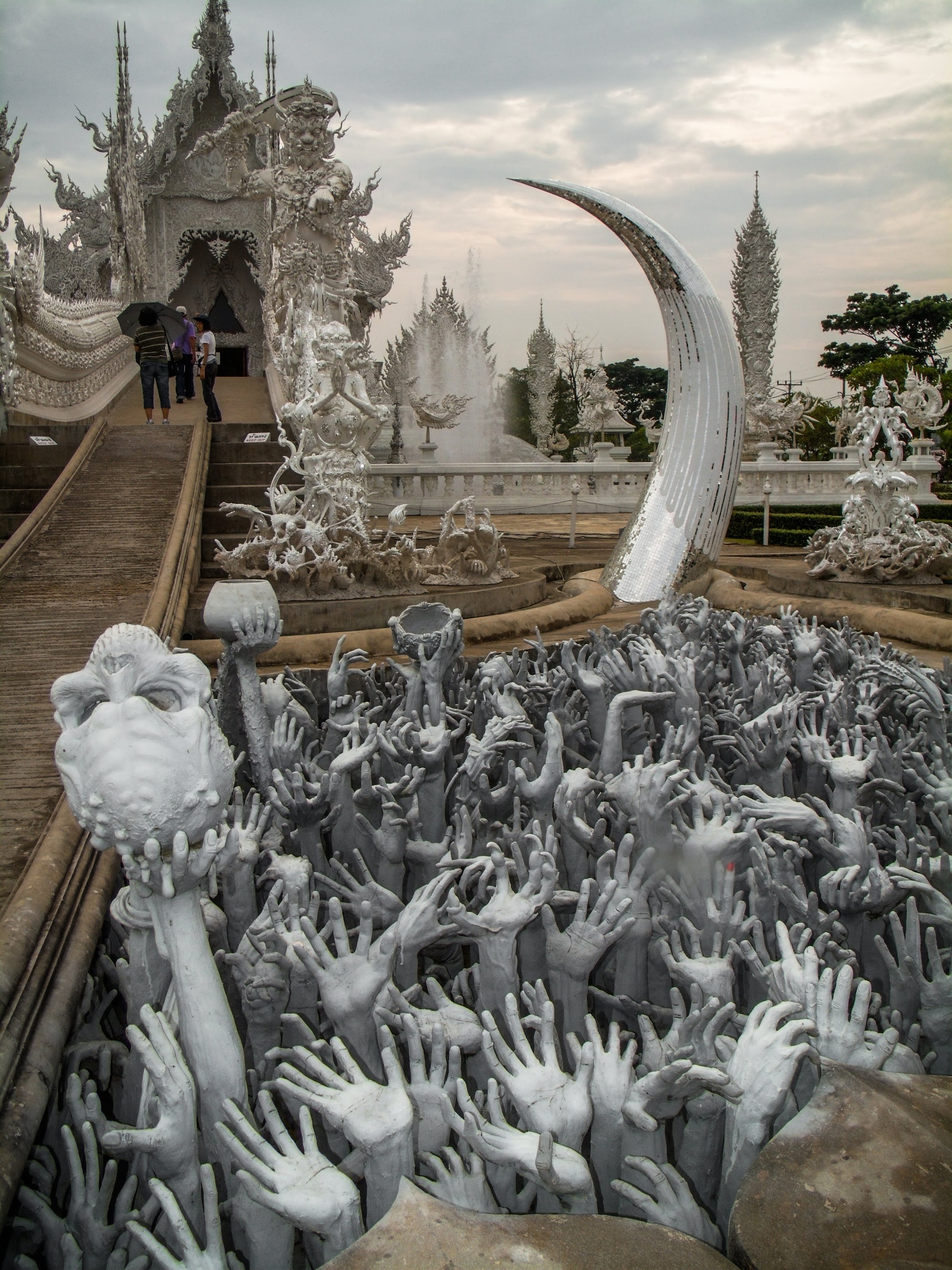 Once you’ve seen the White Temple and shipped a box of cheap shopping home after a couple of trips to the night market it’s time to book yourself a ticket on the slow boat and follow the Mekong into Laos! You can find out how here. 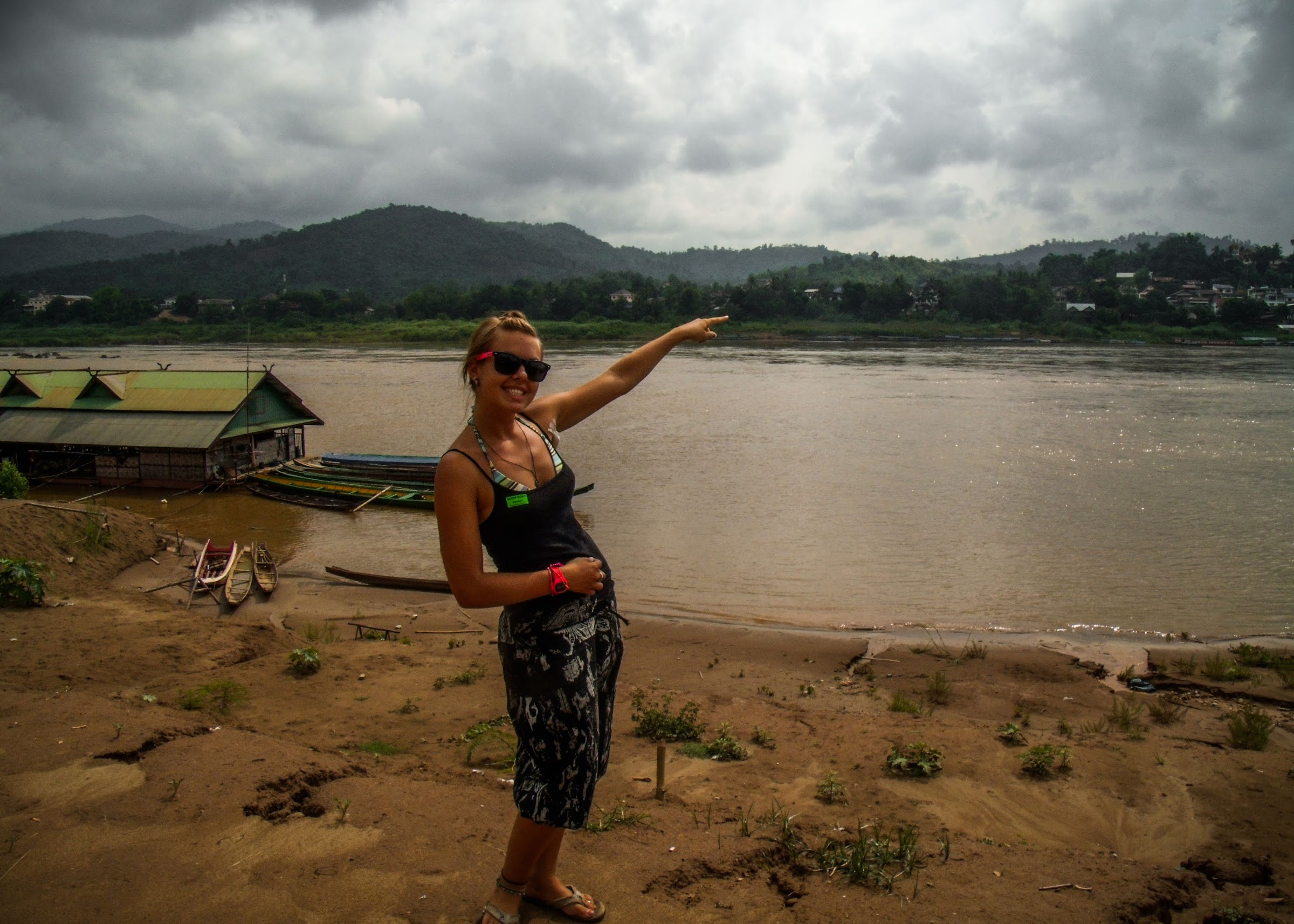 10 thoughts on “The White Temple in Chiang Rai”