Si Phan Don, meaning The 4000 Islands, is an archipelago at the very bottom of Laos, bordering Cambodia to the south. Most of the islands are completely submerged when the waters of the Mekong are high. We stayed on Don Dhet, it’s the perfect place to relax, catch up on your diary, read a book and enjoy a beer while relaxing in hammocks outside your riverside bungalow.

You can rent bicycles and cross the bridge to Don Khon to see the magnificent Khone Phapheng Falls, the largest in South East Asia. The thousands of rocky islands make it impossible to pass and it’s so powerful that it could fill four and a half Olympic sized swimming pools every second. 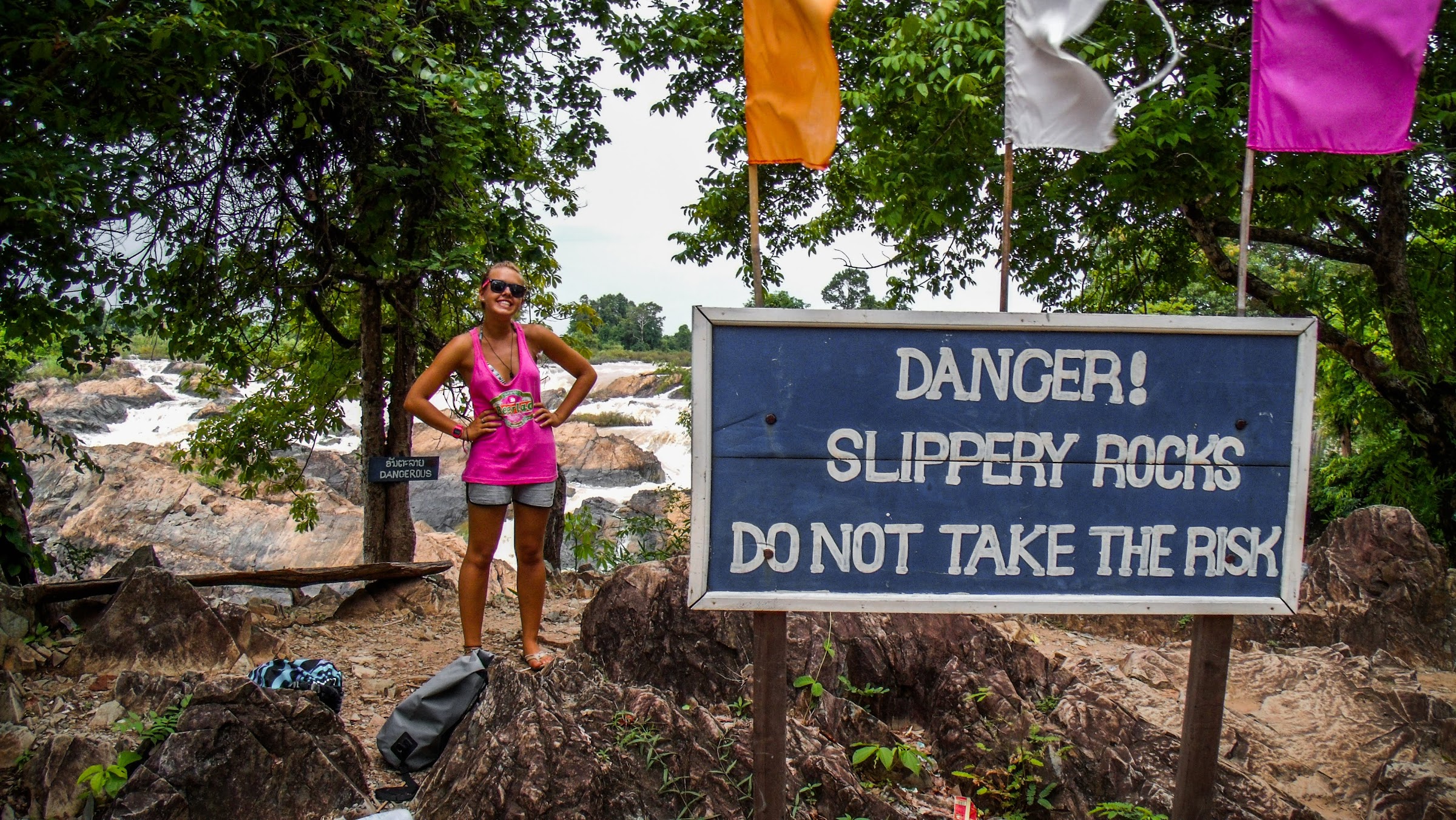 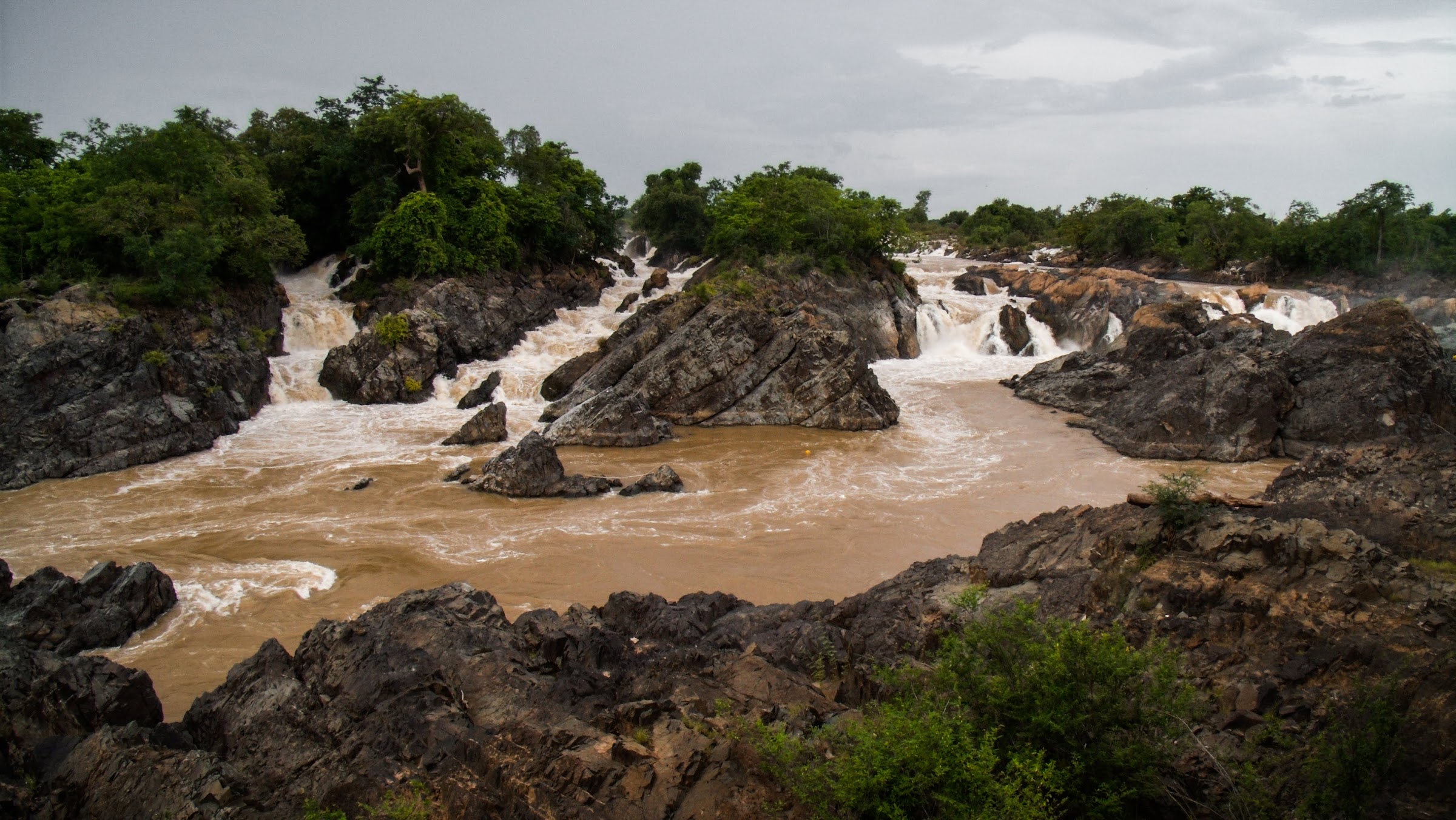 You also have the chance to see the rare freshwater Irrawaddy dolphins on a boat tour from Don Khon. Our guide was the very enthusiastic and hilarious Mr Boonsan, he managed to avoid the half-submerged trees, showed us how his fishing nets worked and told us to look away while he peed off the boat… We were also lucky enough to briefly see the dolphins, albeit too quickly for me to snap a photo. 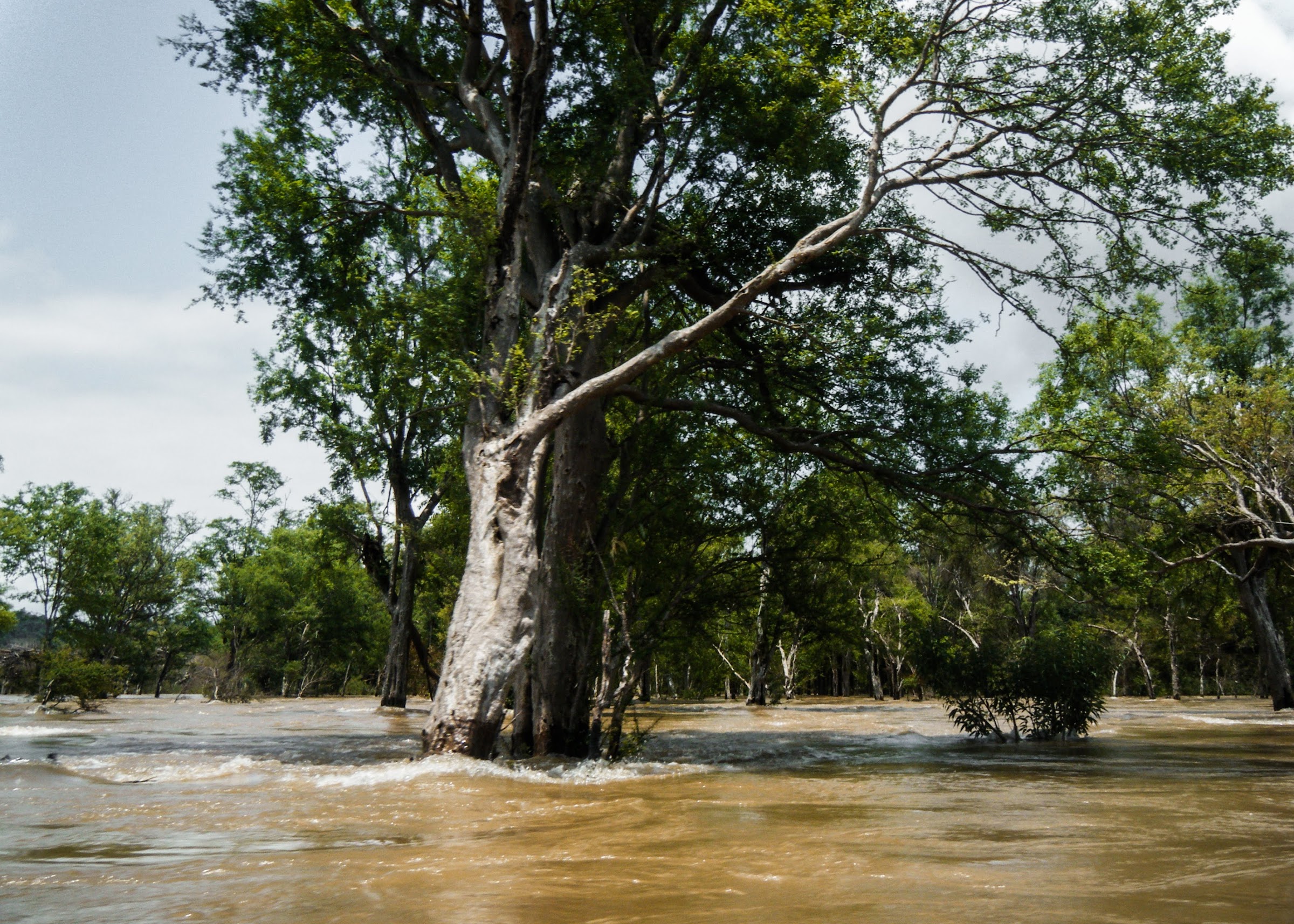 Another great thing to do, especially if you’re still sulking about tubing being banned, is to tube the Mekong River with a few beers. You can rent the inner tubes and arrange for a boat to take you upstream, far enough to give you an hour of slow and relaxing tubing back towards your bungalow. It’s definitely not the same, but it’s perfect for this place. 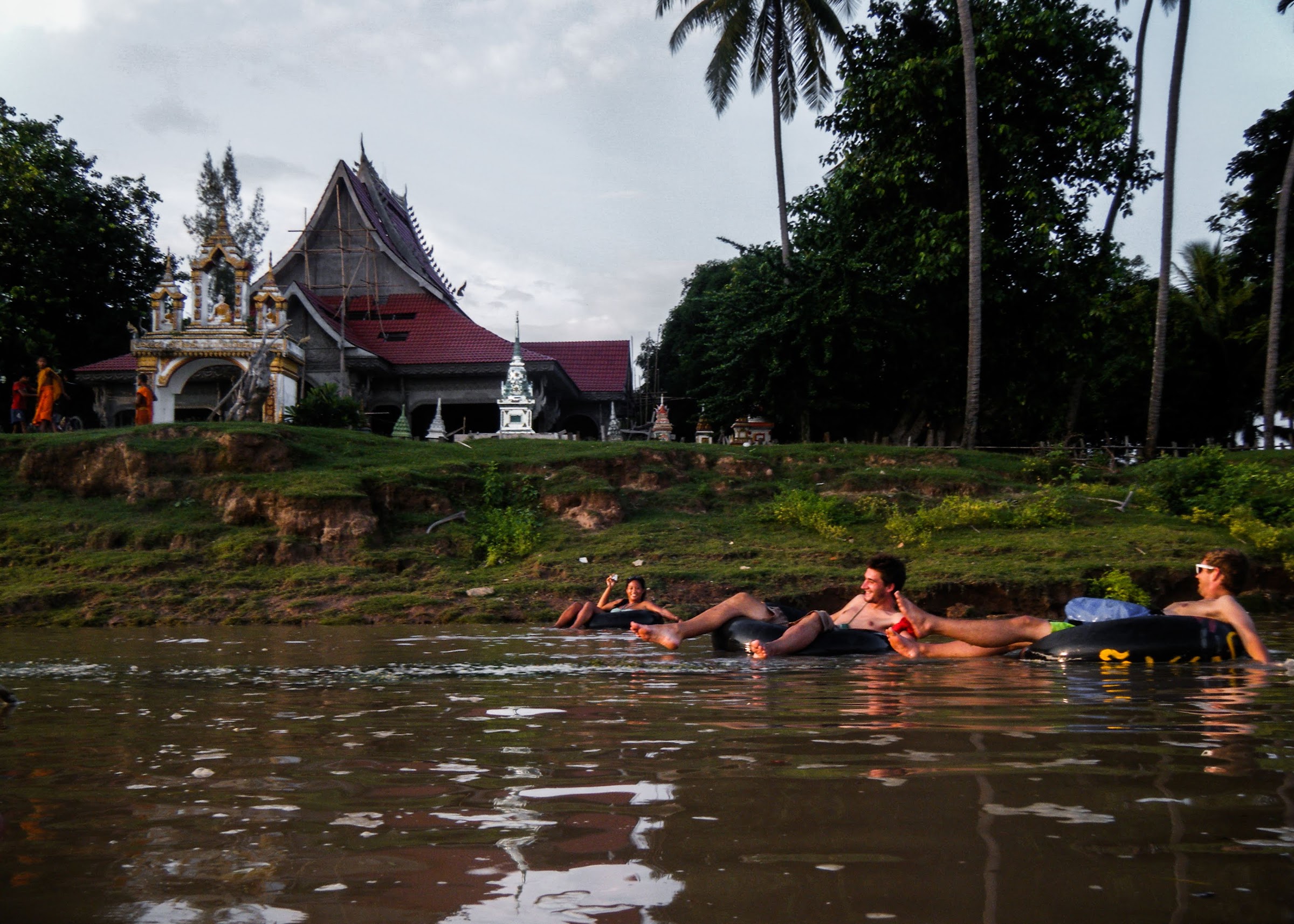 Had enough of tubing, broken-down bikes or just being a tourist in general? Then rent a bungalow on the river’s edge, watch the sunset over the water, and enjoy a cold beer in your personal hammock. It’s really not a bad place to waste some time!

If you made it this far then you’re probably about to head south into Cambodia! A boat will take you from Don Dhet to the mainland, where a minibus will take you to the border crossing, which at the time was nothing more than a shack in a building site.

Get stamped out of Laos, walk across the border and pay your $27 (£17) to enter Cambodia. Getting to Siem Reap meant two bus changes and four hours of waiting around, but by this point you just learn to live with it. 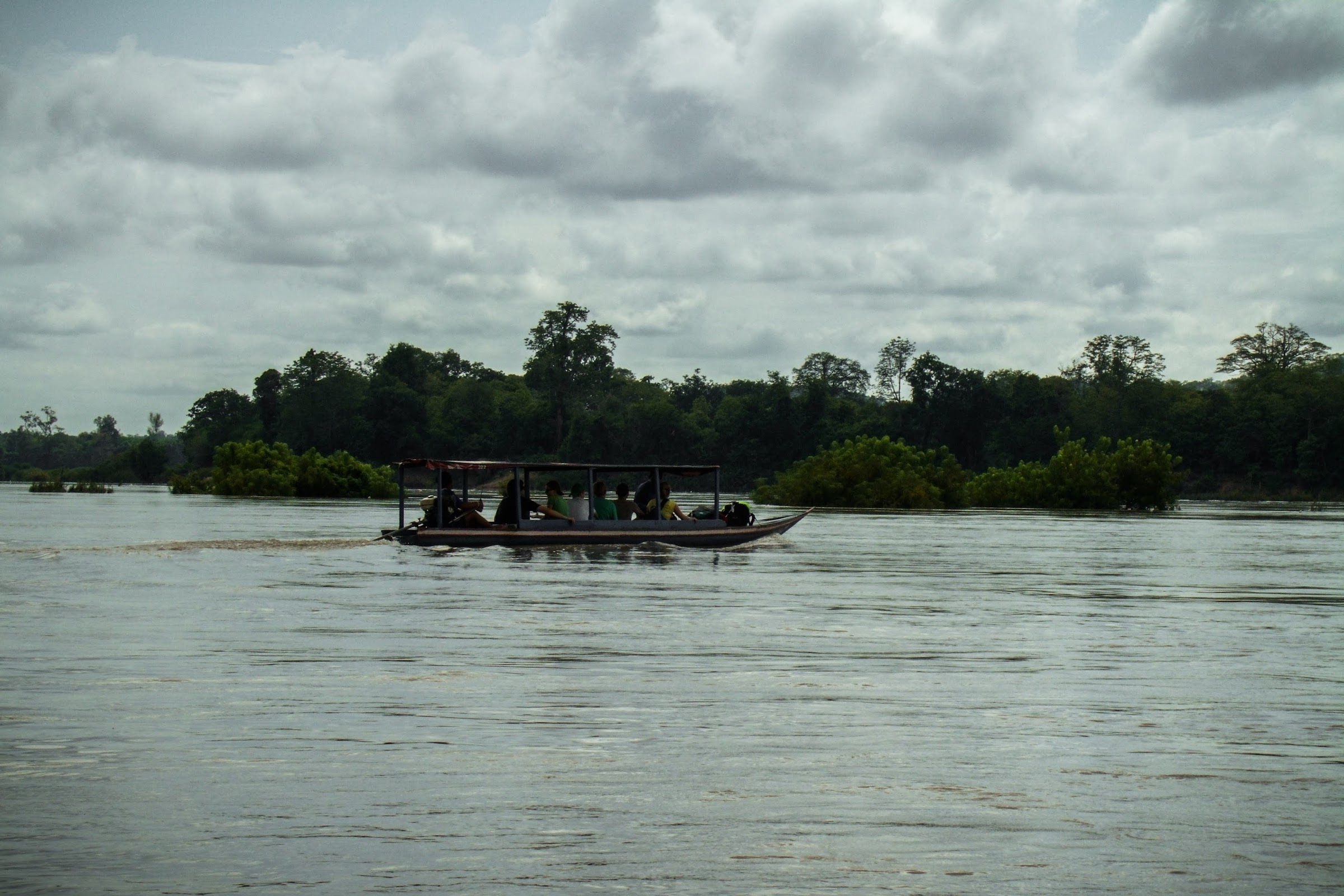