When you’re ready to leave Vang Vieng behind and make your way south to Vientiane, the French-colonial capital of Laos, why not travel there by kayak? It’s better in every way than catching a bumpy, dusty old bus that is half full of chickens.

There are a few companies who offer it and some include caving and jungle trekking, plus the transfers to and from the river as well as driving your luggage down in the truck to keep it dry because you probably will capsize. It’s also worth picking up a dry bag in Vang Vieng if you want to take a camera along.

There were 9 of us plus our guide and once we reached the river we got kitted out in life jackets and helmets because sometimes safety is a thing in Asia. The first rapid we hit was the biggest and almost every one of us capsized. The next two were a bit smaller but just as fun.

We stopped for lunch halfway, which was included, and spent some time jumping in, swimming and drying off in the sun. The second half of the journey was tame compared to the beginning of the tour and we cruised along the river trying to capsize each other’s boats. We eventually pulled up to the riverbank to be driven the rest of the way into the city. 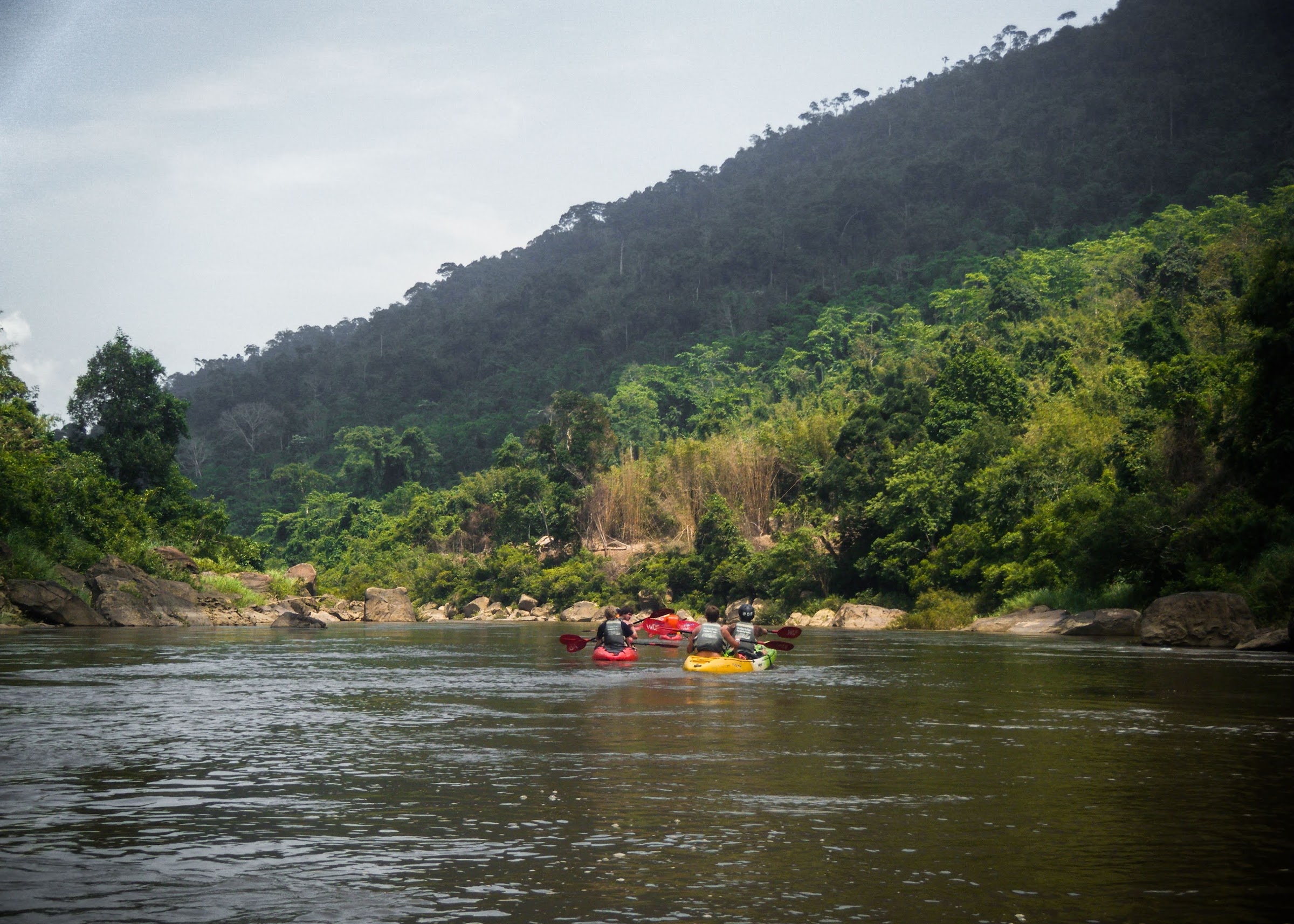 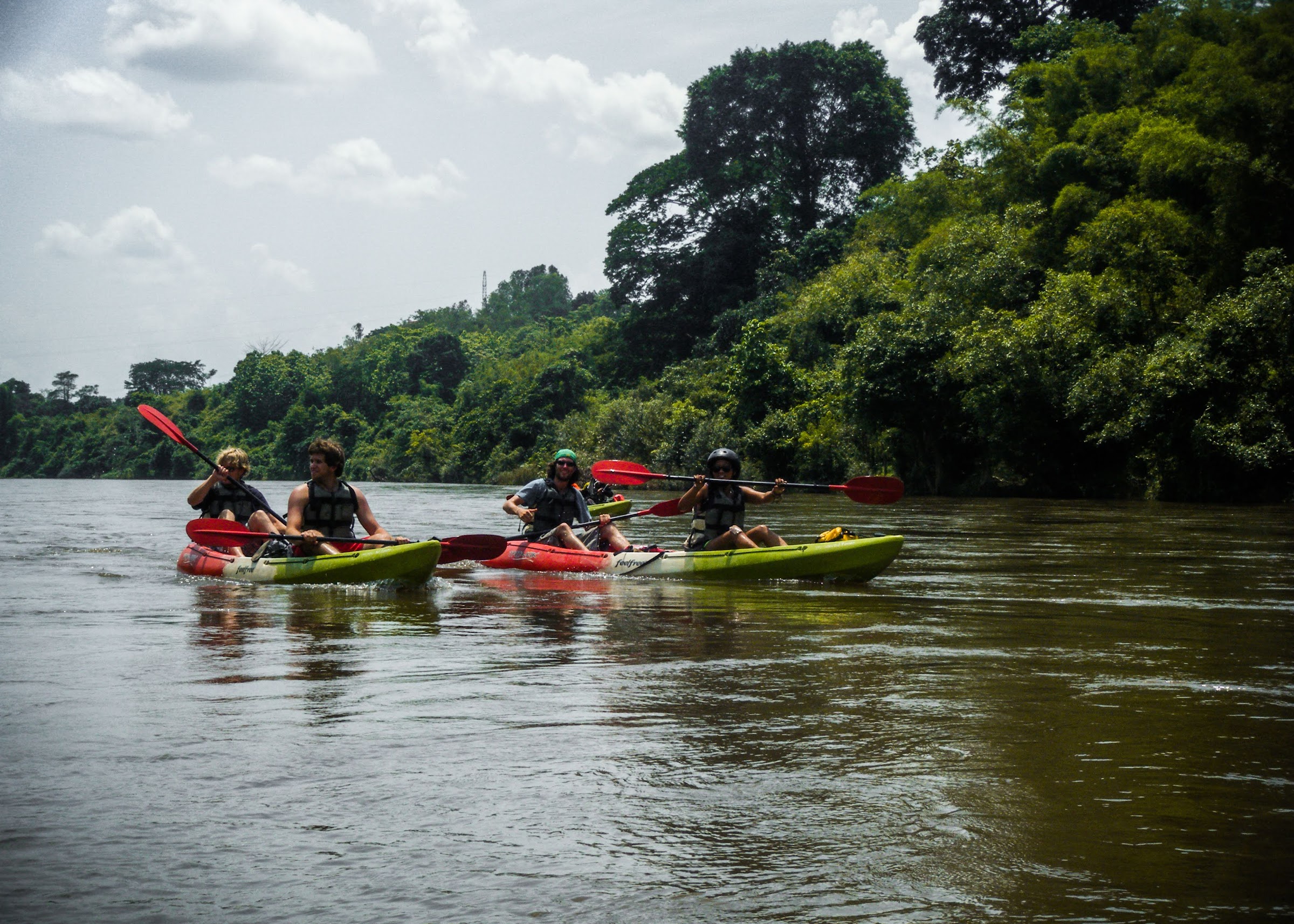 We didn’t find the city very backpacker-friendly, but it is a great excuse to treat yourself! We stayed at the Asian Pavilion, a three-star hotel near some great restaurants, which we made the most of for a luxurious (by backpacker standards) dinner and a few cocktails. Be sure to stop by a bakery for breakfast on your way out.

If you have time to kill why not take a tuk-tuk out to Pha That Luang, a huge gold Buddhist stupa in the centre of the city. There are a few other temples to see in the city, but once you’ve seen one you’ve kind of seen them all… If it’s too hot to do anything at all just take a stroll down to one of the riverside bars for an ice-cold beer. 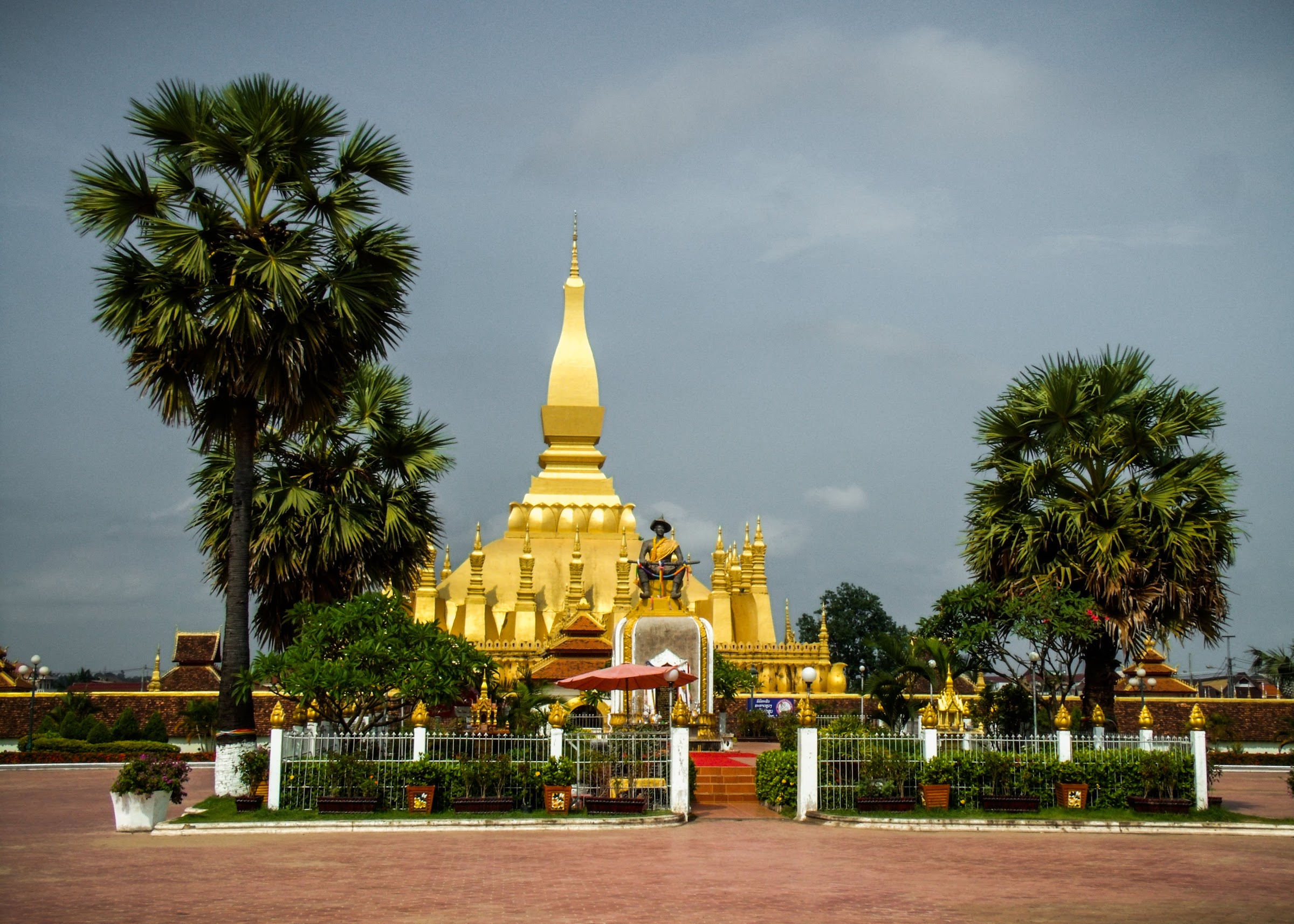 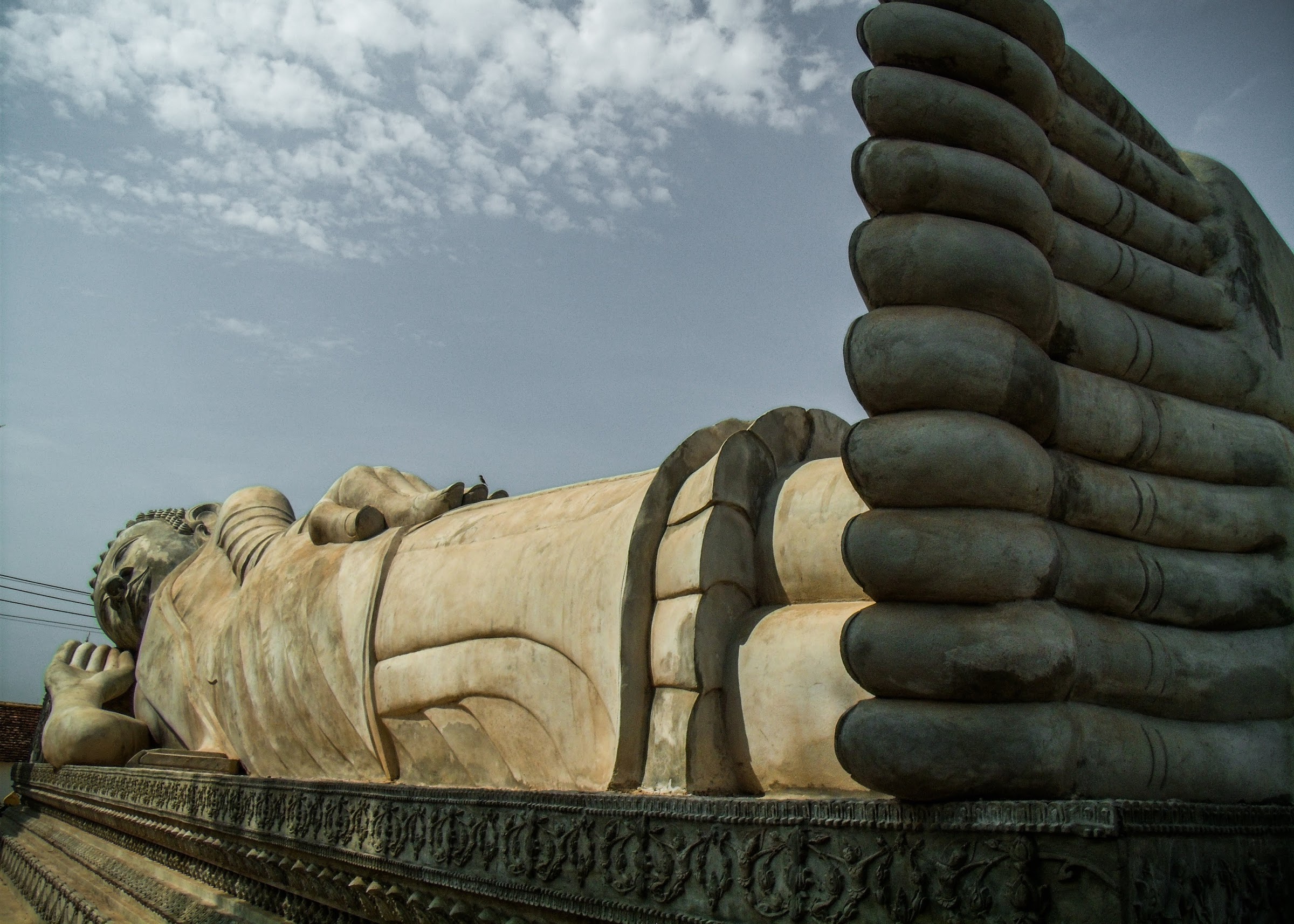