This up-and-coming beach town is another part of Cambodia that has a bloody history. During the civil war the Khmer Rouge used the massive Independence Hotel as target practice, they also made the mistake of hijacking an American container ship and the town was bombed by the U.S Air Force. Even after Pol Pot was overthrown the road to the capital was too dangerous and so the area remained empty. In the 10 years since peace was restored in 1993 Sihanoukville has been slowly rebuilding itself.

It can still be a dangerous place; I had my purse stolen by a local girl in Utopia, thankfully it was returned. Never walk alone on the beach at night and watch out for the Tuk Tuk mafia. All this aside, it’s got a great beach, an even better nightlife and you are only a short boat ride away from some of the most beautiful and deserted islands in South East Asia.

*update: Sihanoukville has been completely transformed from the sleep coastal town it was to a bustling tourist hot spot full of foreign-owned hotels and resorts. I personally wouldn’t feel comfortable going back there, instead spending my time and money in some smaller towns where the locals can actually benefit from a little tourism. Just something to keep in mind!*

It’s only a 5-hour bus ride from Phnom Penh to Sihanoukville and once you arrive it’s easy enough to navigate your way around town. The very popular Monkey Republic Bungalows is a great place to stay and to meet other backpackers, but it fills up quickly, especially in high season so you’ll need to book ahead. We also stayed at a great place called GBT Guesthouse which has 4 different locations around Ocheteaul Beach and Serendipity Beach.

The beach is lined with identical cafes and bars selling cheap food and drink. You can lounge around on their deck chairs and enjoy the view, jumping into the water every now and then for a swim or to tire yourself out on the massive inflatable obstacle course. It’s also a great place to watch the sunset with a beer or a bucket.

After a heavy night drinking in Utopia or JJ’s you can beat your hangover by watching a movie or playing video games at the Top Cat Cinema, it costs $4 for two hours of either. You can even get pizza delivered right to your seat. It’s air-conditioned heaven. 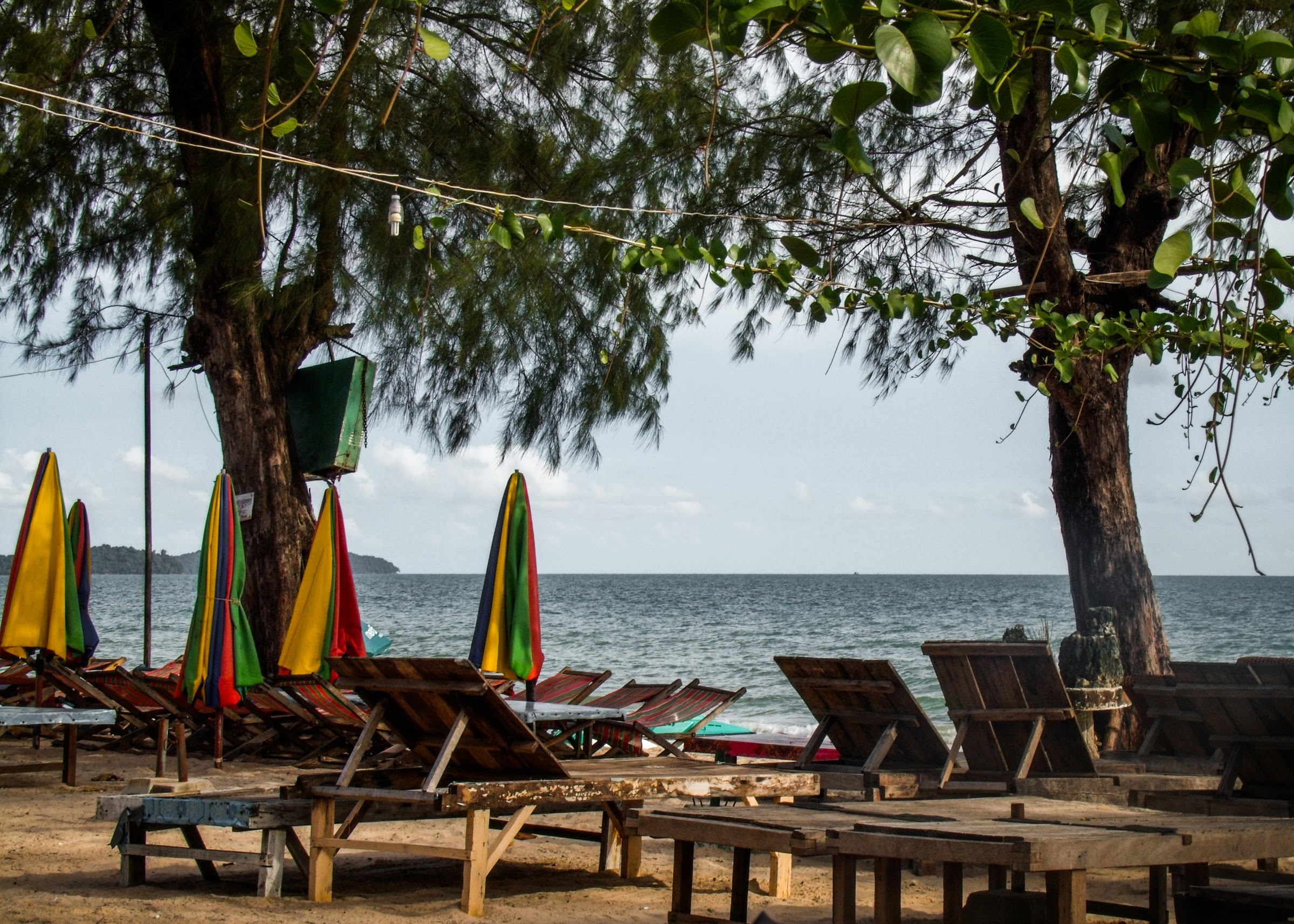 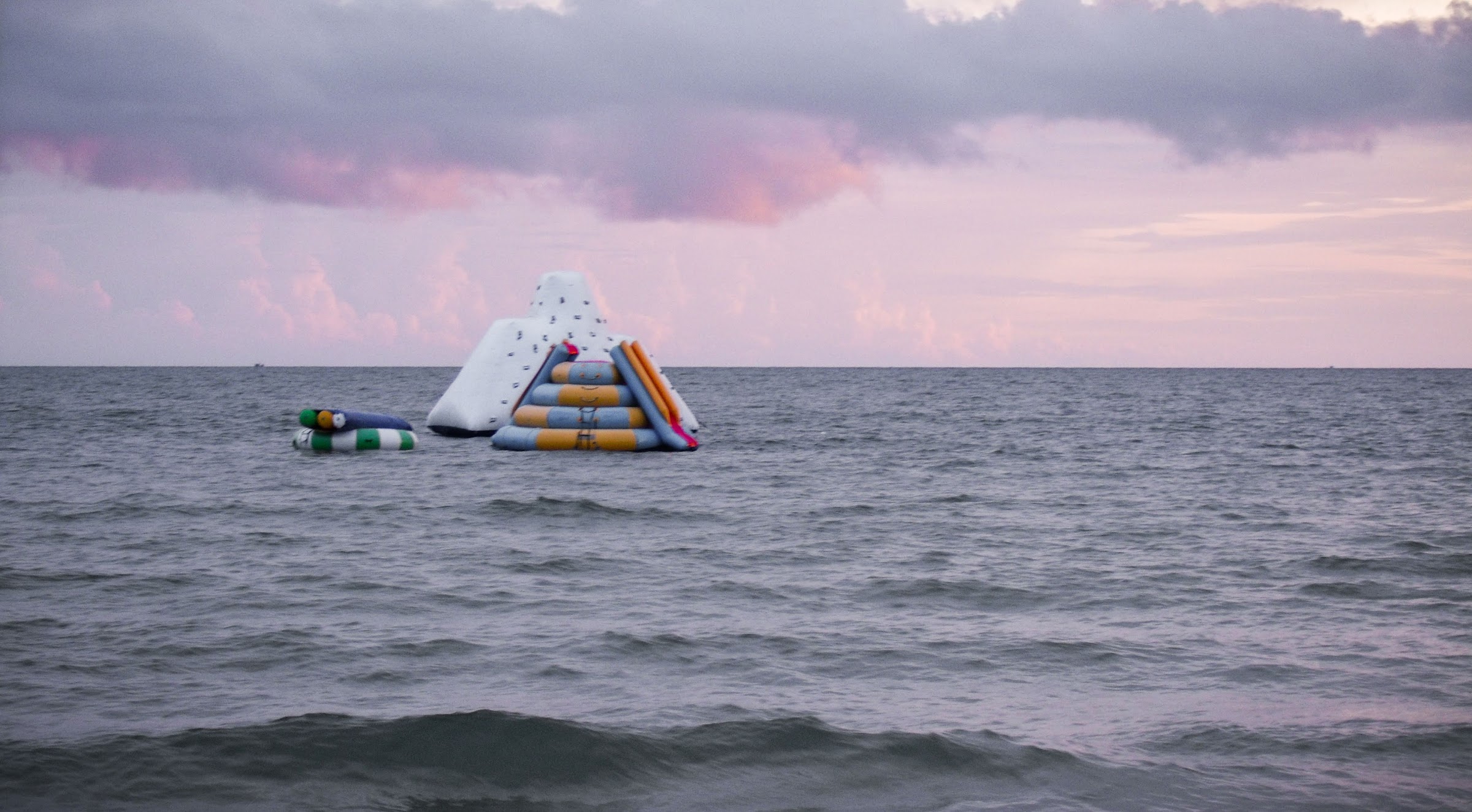 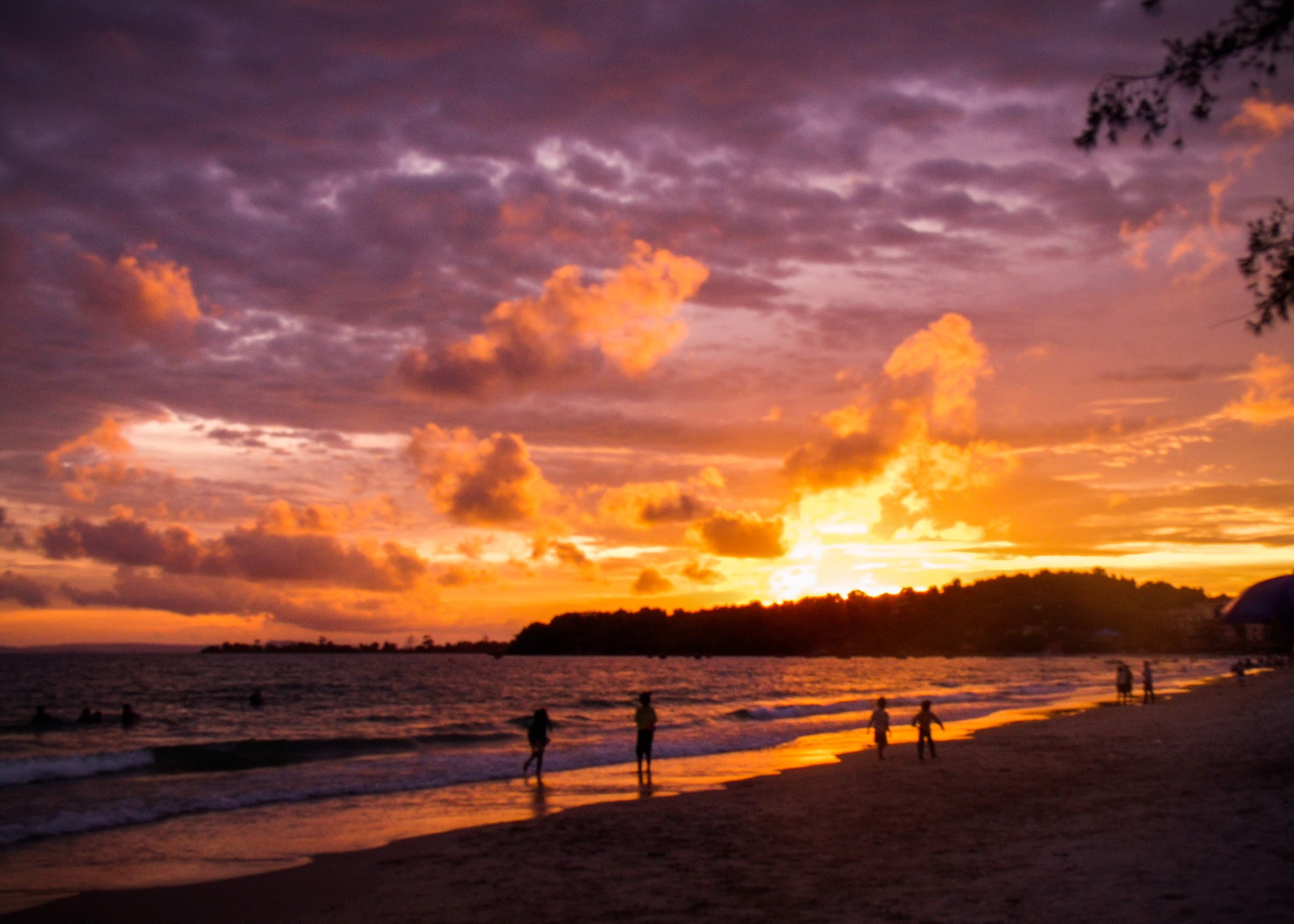 If you’re sick of Sihanoukville then after a two hour (and $20) boat ride you can be relaxing on an almost deserted island called Koh Rong, or Monkey Island. When we were there you only had 3 options for accommodation, 3 options for food, and electricity for a few hours in the evening.

Now there is much more on offer here, but I would still recommend the Monkey Island Bungalows. You can relax in the hammocks, stroll along the white sand beaches or venture into the jungle-clad hills. You can also book a kayaking or dive trip if you want to get out on to the water. 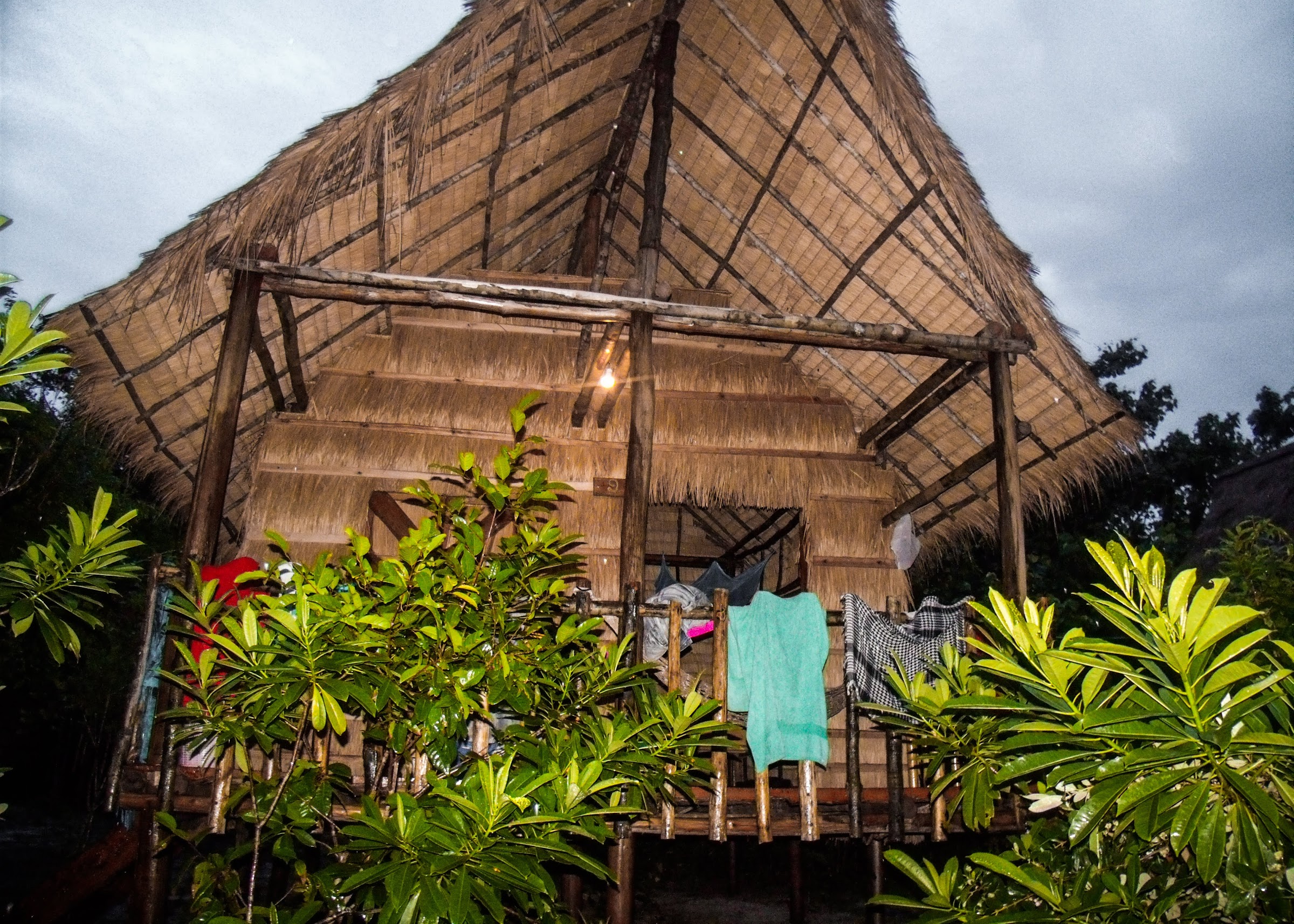 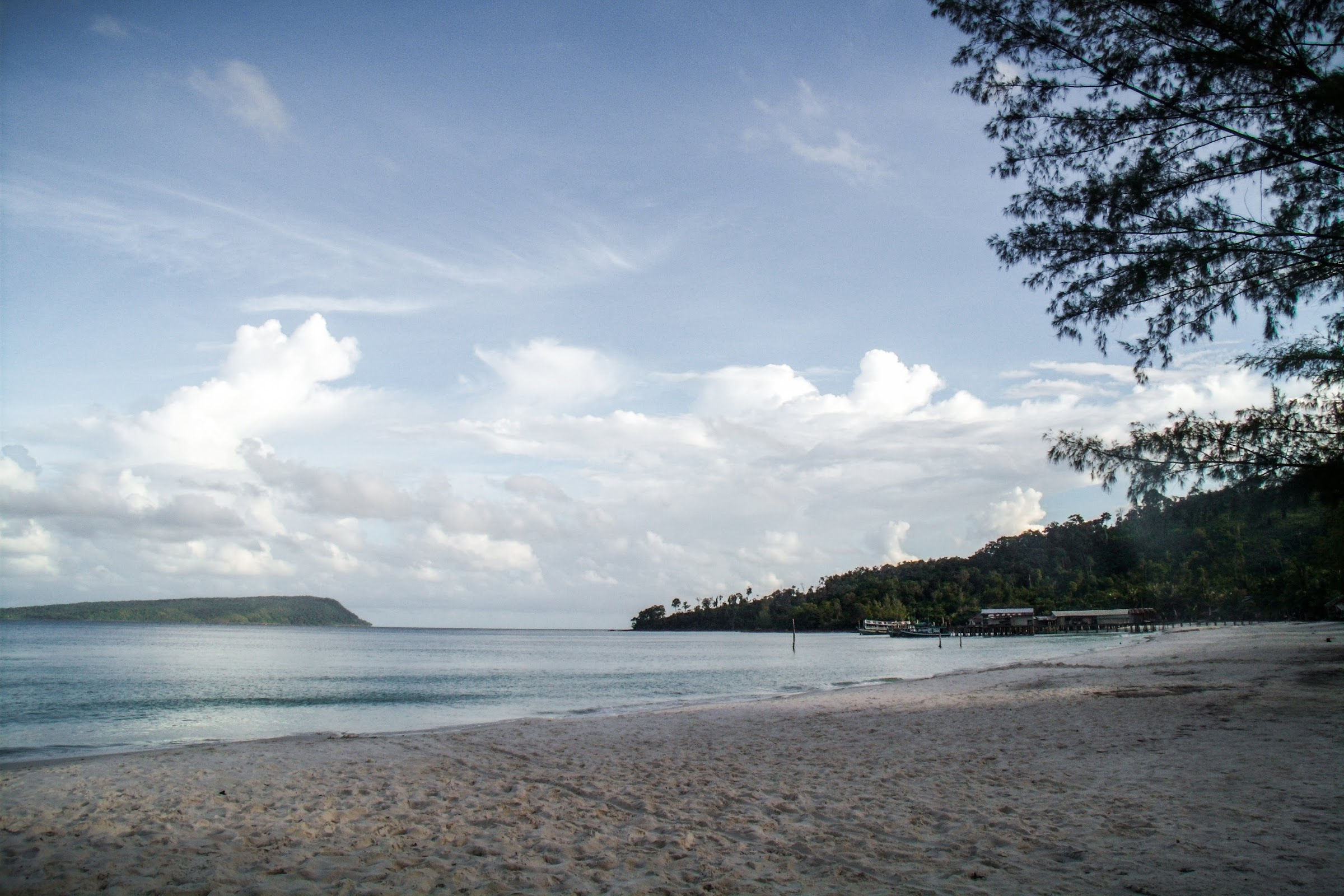 Before heading into Vietnam be sure to get your visa. It all seemed very dodgy at the time, but we were told to take a taxi out of town to see a random guy sitting outside a building who disappeared with our passports and our money and eventually showed up hours later with our passports and our Vietnamese visas. You can then take the bus to Phnom Penh and catch a transfer East to Saigon, North into Laos or West to Bangkok.