This busy city is the largest in Vietnam and can be quite daunting when you arrive. Once you’ve found yourself a hostel it’s easy to get your bearings. I stayed at the Pink Lotus Hotel with big, clean rooms, close to some great bars and restaurants. When we got off the bus we were taken by a little old lady right to their front desk with a lot of hand waving and smiles.

While you’re in the city you should take a trip to the War Remnants Museum to learn the gruesome details about the Vietnam war from their perspective. The yard houses some old planes, a helicopter and a tank alongside some unexploded bombs. There are graphic photography exhibitions detailing the effects of Agent Orange and other chemical sprays.

I would definitely recommend reading “The Girl in the Picture” by Denise Chong while you’re in Vietnam to give you a sense of the horror that they endured. The story is about a nine-year-old girl who was photographed running from her village severely burned by napalm, and how that photograph turned public opinion against the Vietnam war. 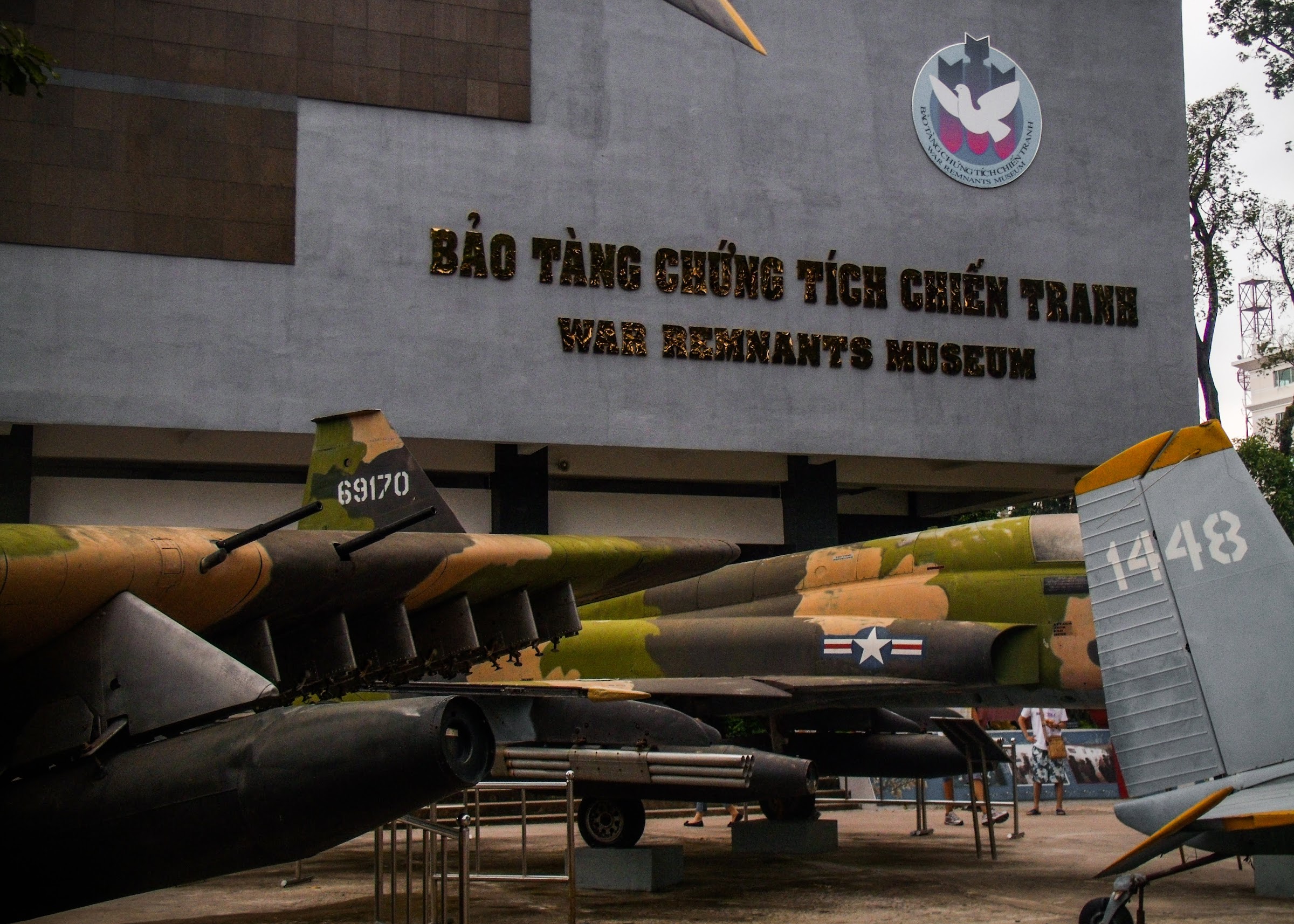 The tunnels at Củ Chi are a huge network of very small tunnels that were used by the Viet Cong during the Vietnam war. They served as hiding spots, supply routes, hospitals, food and weapon stores and living quarters for many men. Surrounding the tunnels are traps hidden in the forest to capture and wound unsuspecting American soldiers, and you can crawl through a section of the tunnel that has been widened for the tourists to fit.

They have also set up a gun range where you can pay $10 to shoot an M60, a powerful machine gun usually mounted on helicopters. You can shoot a number of other guns but I already did this in Cambodia I went straight for the big one. It’s fun when you’re shooting a gun into the side of a hill, but terrifying when you think they were, and still are, used on innocent people on a daily basis all over the world. 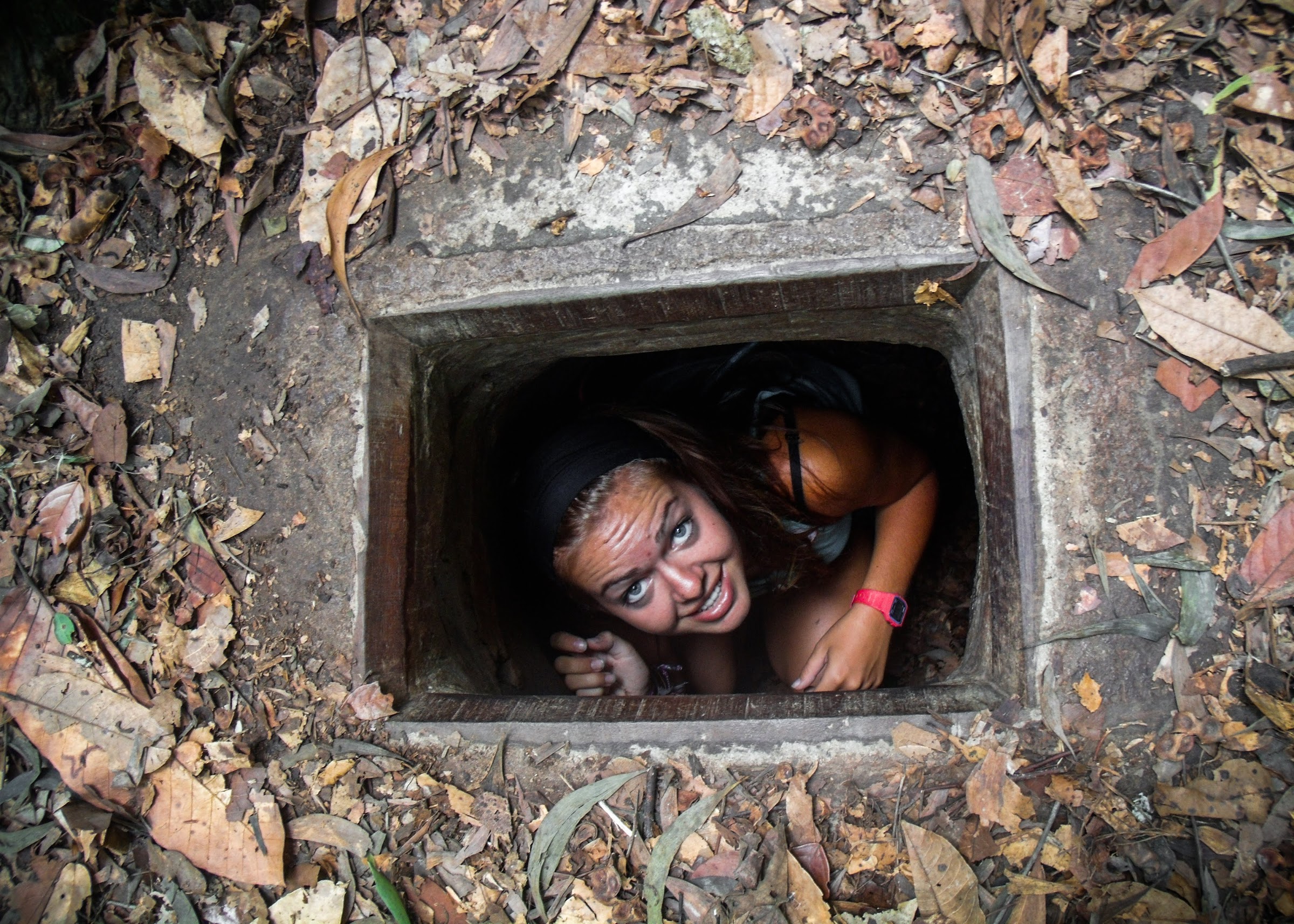 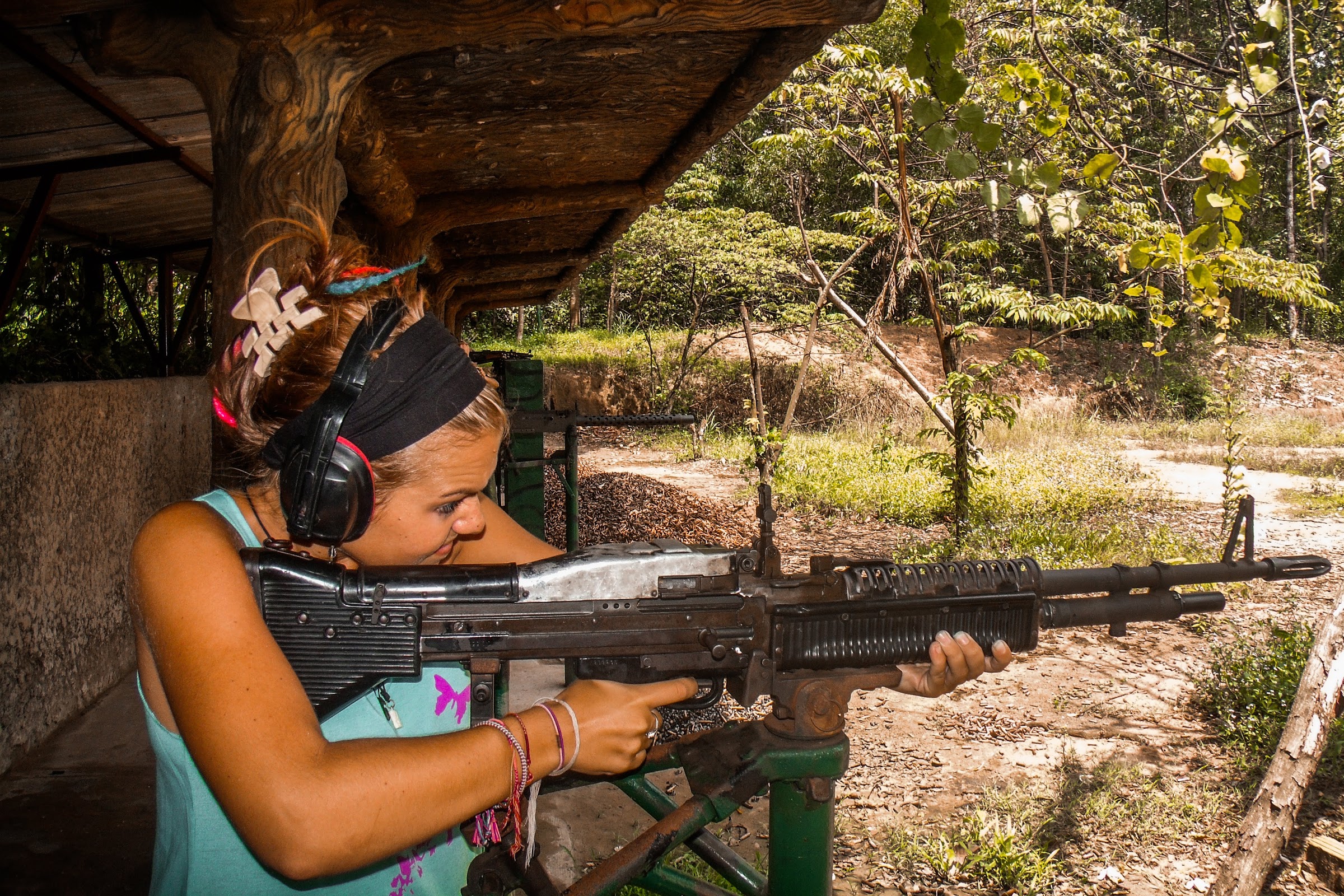 In Vietnam you can really only go North or South, so from Ho Chi Minh, we hopped on a bus to the beautiful beaches and sand dunes of Mui Ne!