Everyone loves a good fairy tale. They make you want to believe in the unbelievable, dream of your Prince (or Princess) Charming and get lost in stories so magical that the real world seems boring in comparison. In any good fairytale, there is usually a castle or two, and the Loire Valley in central France is a great place to lose yourself in your own story.

The charming French town of Amboise is home to the Château d’Amboise, built high above the houses and overlooking the Loire River. This UNESCO World Heritage Site has a wonderfully landscaped garden and you can visit the beautiful chapel of Saint-Hubert where Leonardo da Vinci is buried. Tickets cost 10.90€ (£7.95). 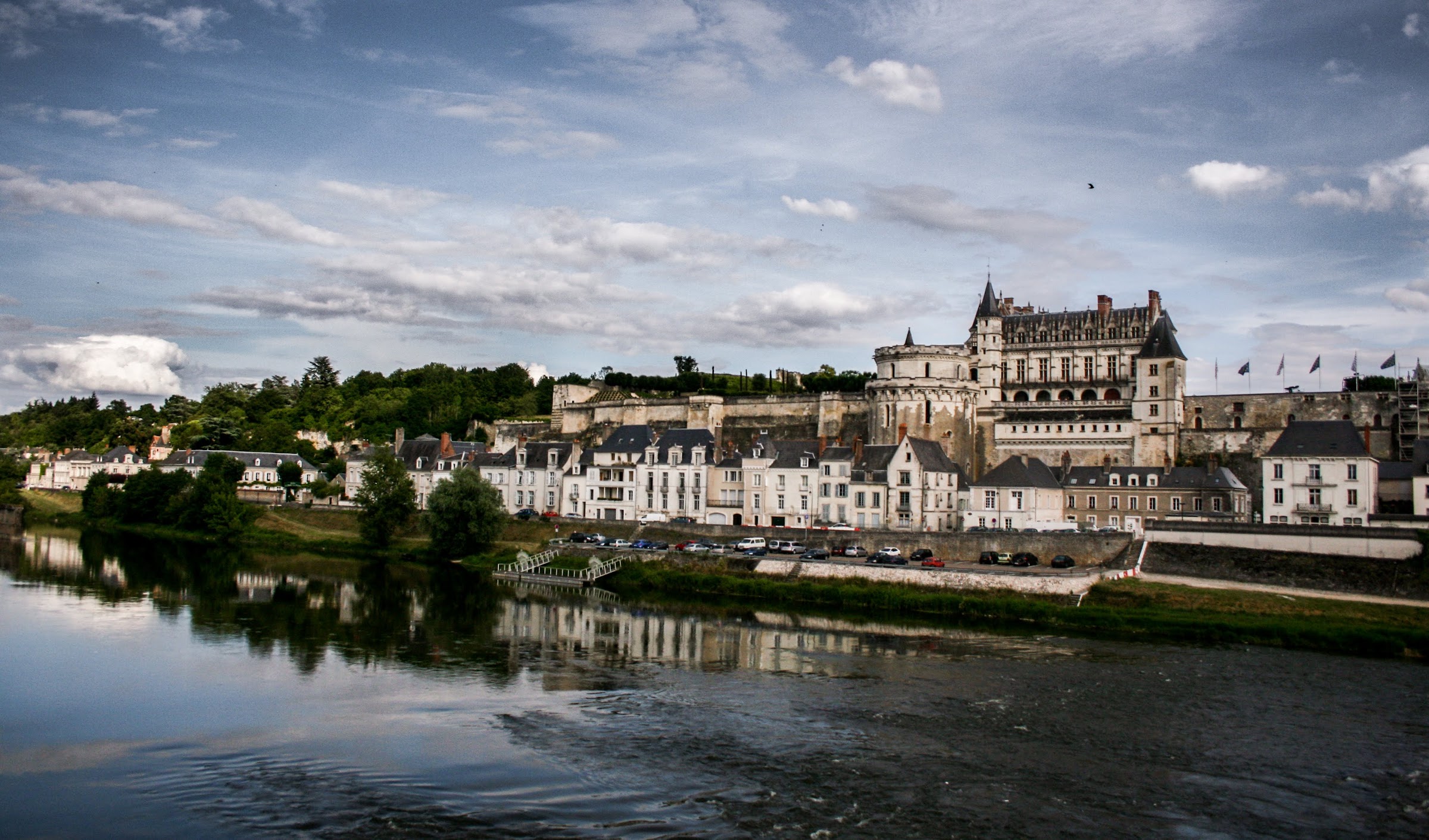 In the town of Azay le Rideau is the picturesque Château d’Azay-le-Rideau. It’s built on an island in the middle of the Indre River and is completely surrounded by water that is still enough to create a perfect reflection. It’s one of the most beautiful and famous of all the châteaux in the Loire Valley. Tickets cost 6.5€ (£4.75). 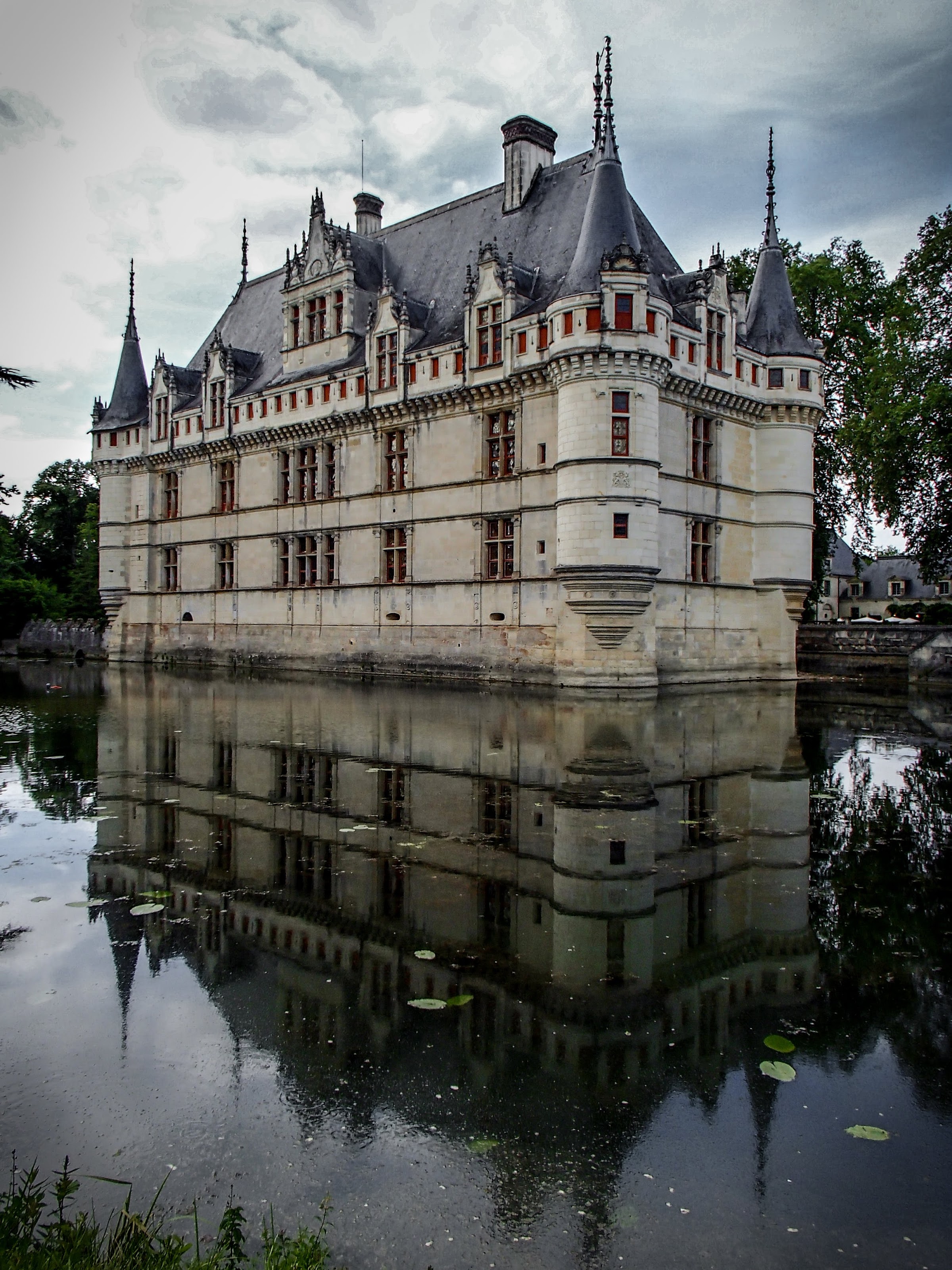 Near the small town of Chenonceau is the ultimate fairytale castle, the Château de Chenonceau. The grounds and gardens are fabulous and the château spans the full width of the River Cher. You can rent rowboats to view it from the river, passing under the huge arches to see both sides. Inside has been perfectly restored, the rooms are big, bright and wonderfully decorated. Tickets cost 12.50€ (£9.15). 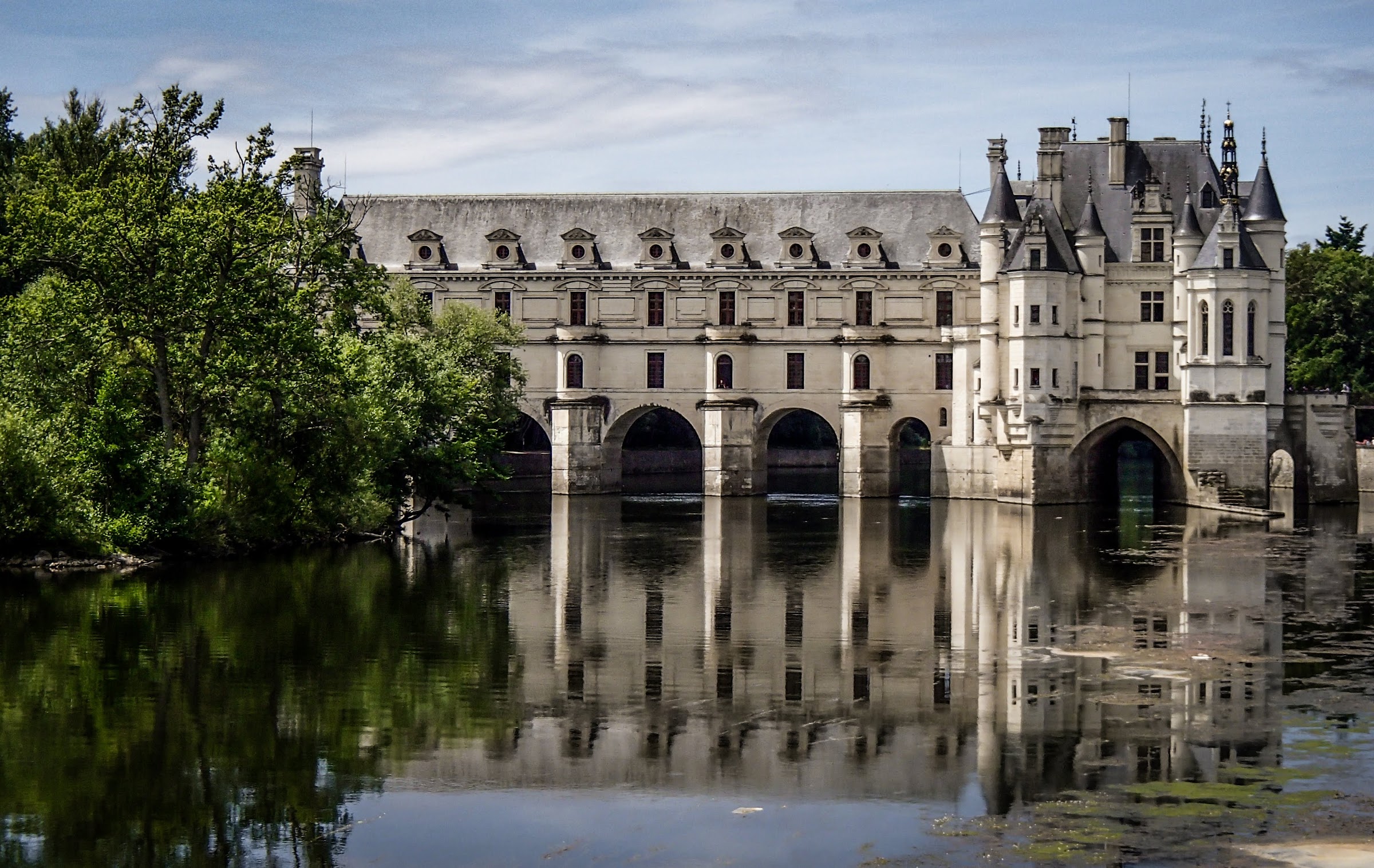 Along the Vienne River lies the town of Chinon, famous for the wine that is produced there and the Château de Chinon sitting high above the streets. Tickets cost 8.50€ (£6.20). It’s also worth taking a tour of one of the wine cellars here, with wine tasting included in the price! 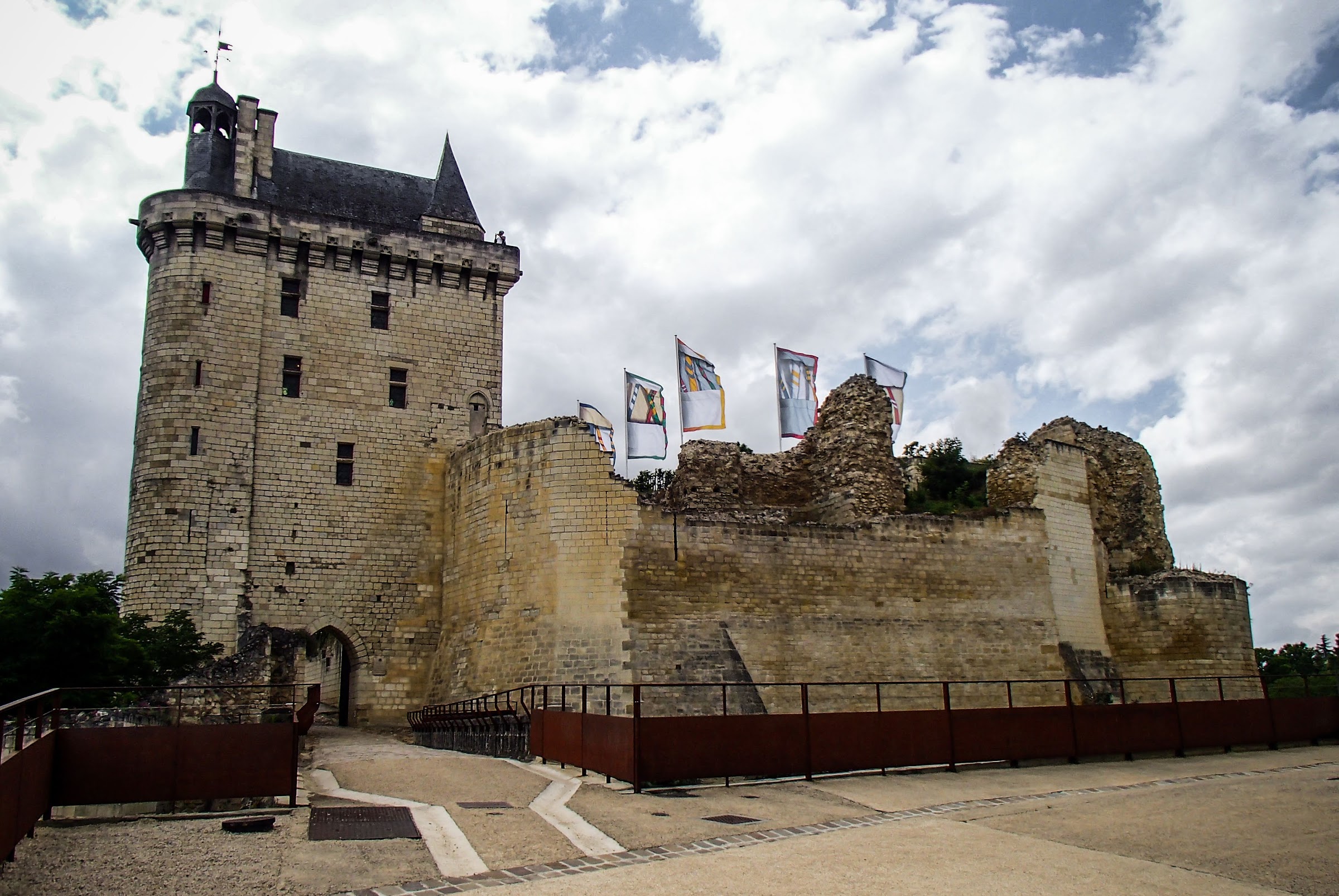 Right in the heart of the town of Langeais sits the dramatic Château de Langeais. This medieval castle was rebuilt as a château in the 15th century and the ruined stone keep still stands in the gardens. The interior has been restored to perfection and there are a number of exhibitions throughout the château and grounds. Tickets cost 9€ (£6.60). 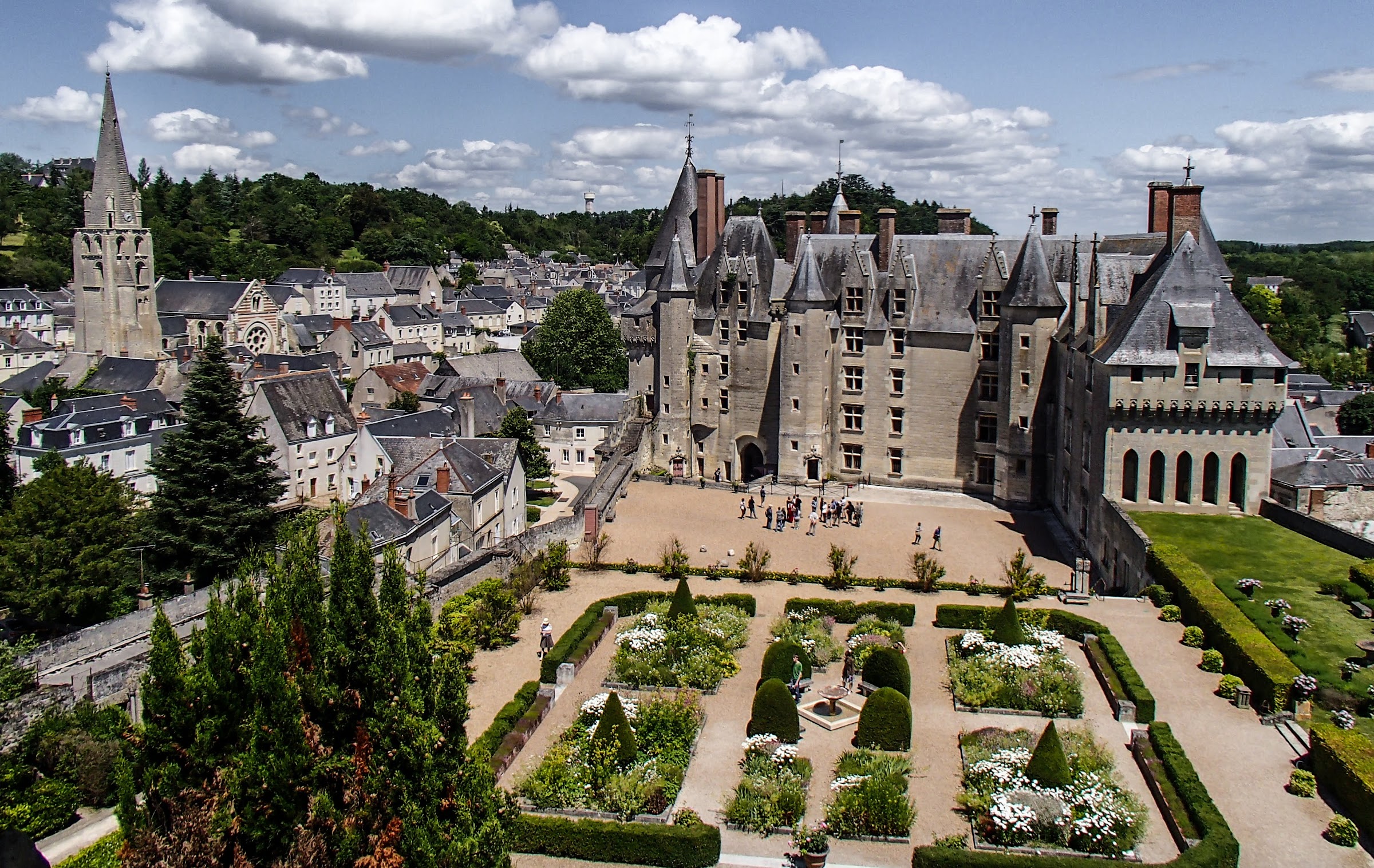 The Château du Lude is the heart of the town of Le Lude and has been inhabited by the same family for the last 260 years. The gardens are magnificent, you can spend hours walking along the river and exploring the grounds and there is an incredible library inside. Tickets cost 5.50€ (£4) for just the garden, or 8.50€ (£6.20) for the château as well. 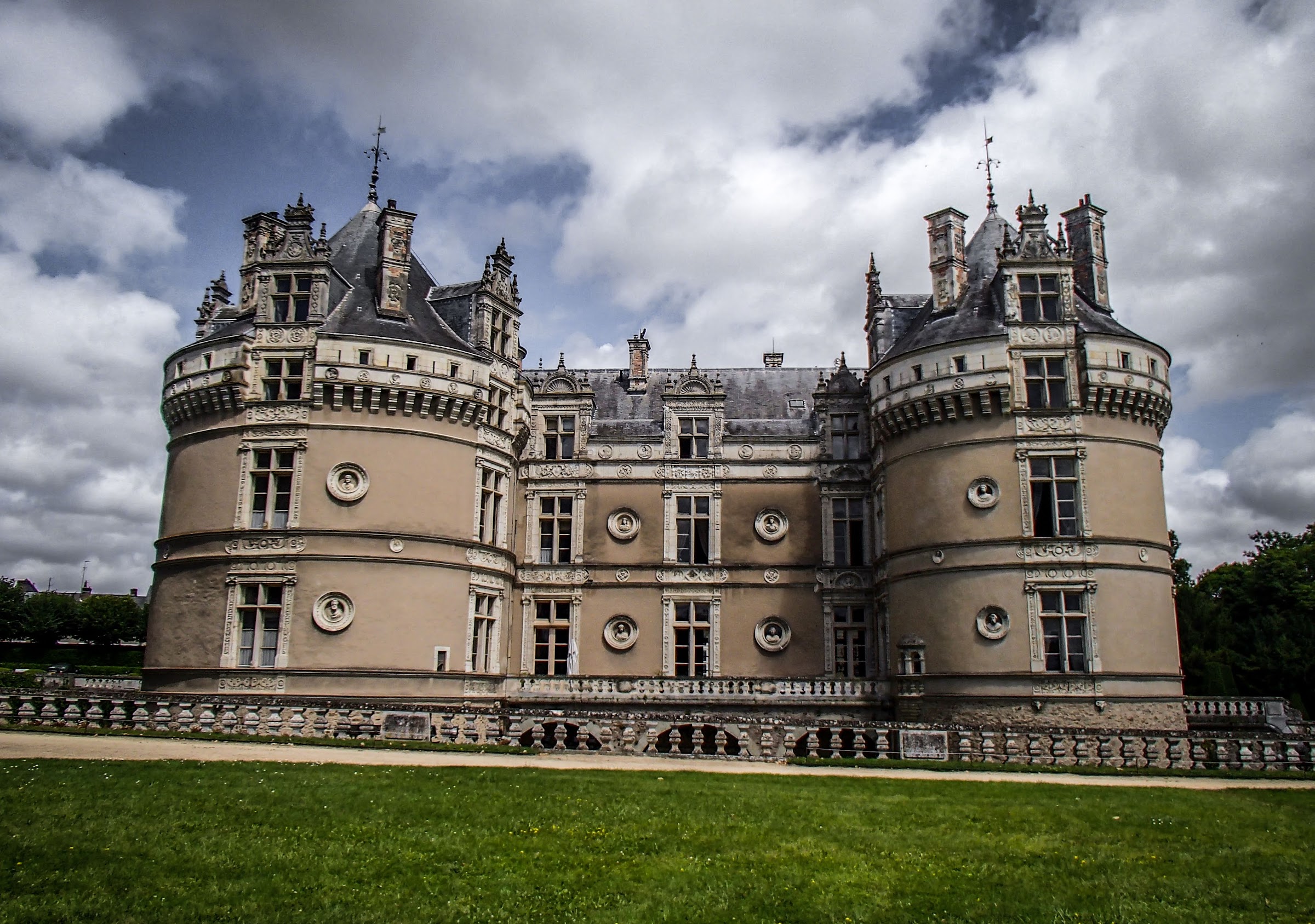 Yet another stunning château situated on an island in the middle of a lake, Château du Plessis-Bourré hasn’t been modified externally since it was built and still has a fully functional drawbridge. The high walls and turrets surround a huge courtyard and it has been well restored inside. Tickets cost 10€ (£7.35) with a guided tour. 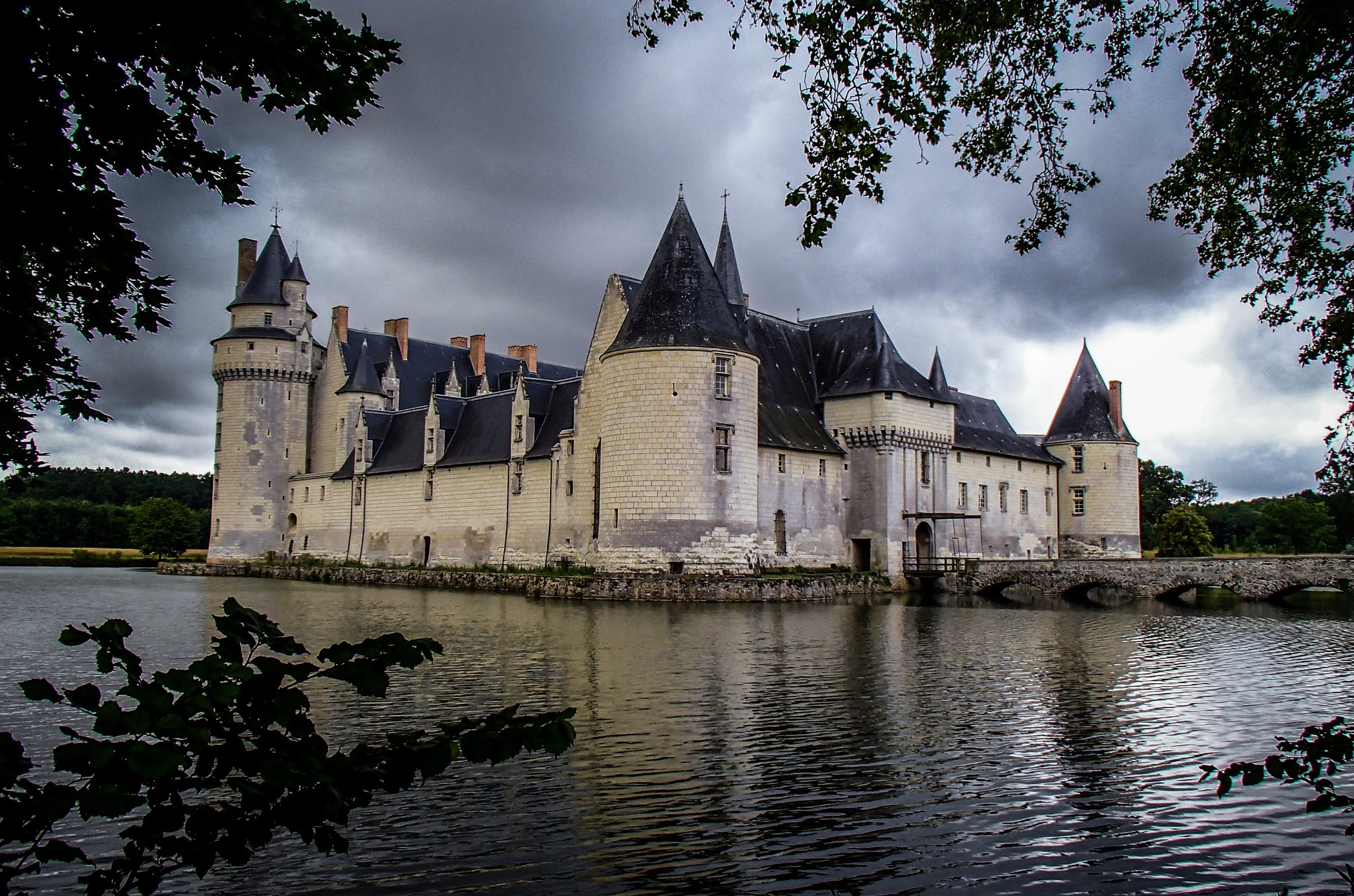 Located between the Loire and Thouet rivers is the town of Saumur, surrounded by vineyards and the skyline is dominated by the Château de Saumur. It’s a short walk up the hill to the château, with a great view from the top. There are a few activities and exhibitions throughout and an open-air theatre in use in July and August. Tickets cost 6€ (£4.40). 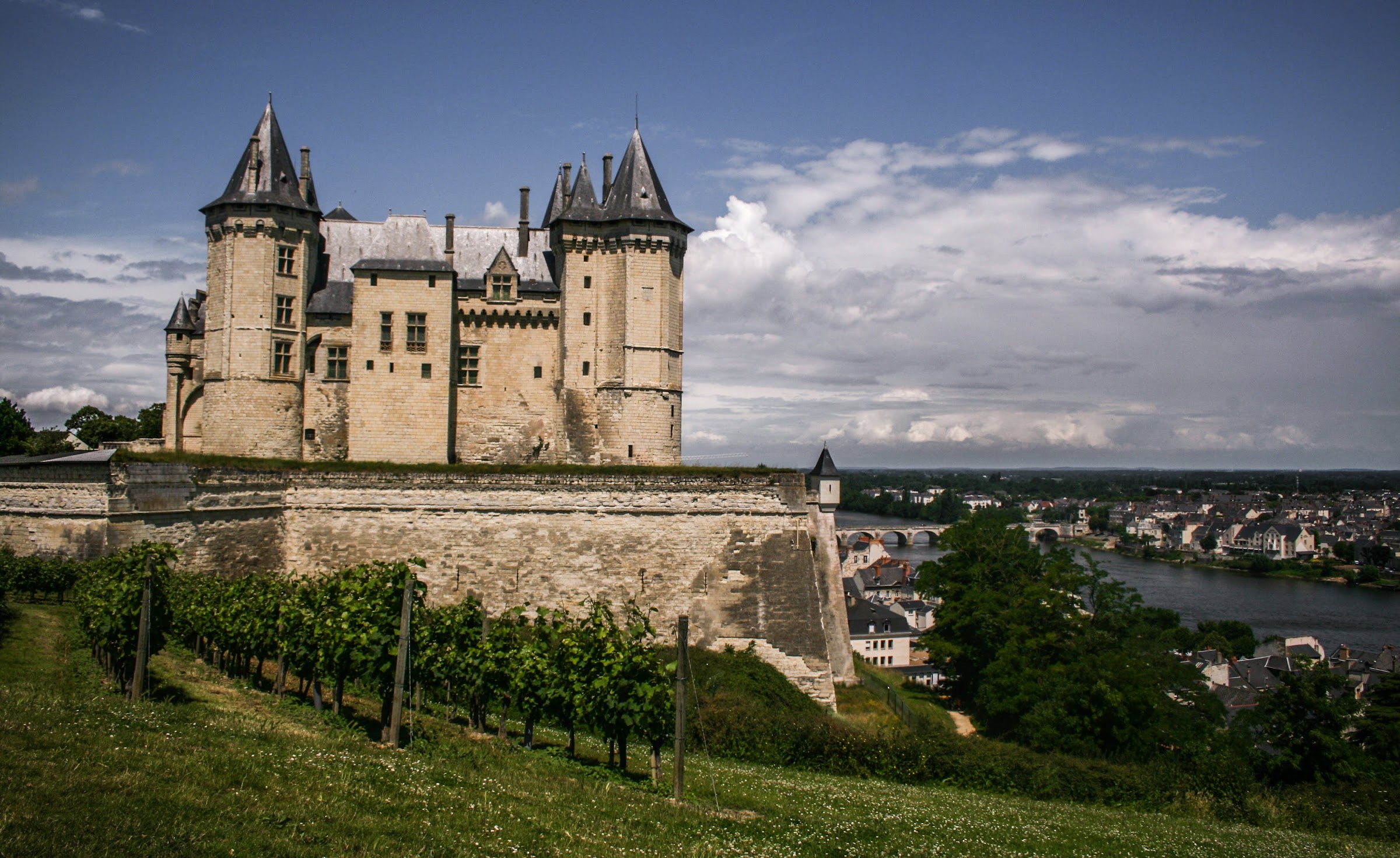 If you want to visit a real-life fairy tale castle then look no further than the incredible Château d’Ussé in the town of Rigny-Ussé. It is the castle that Charles Perrault had in mind when he wrote “Sleeping Beauty”, which is one of the worlds most famous fairy tales. In the towers are scenes from the story, along with exhibitions throughout and a beautiful garden and chapel. Tickets cost 14€ (£10.30). 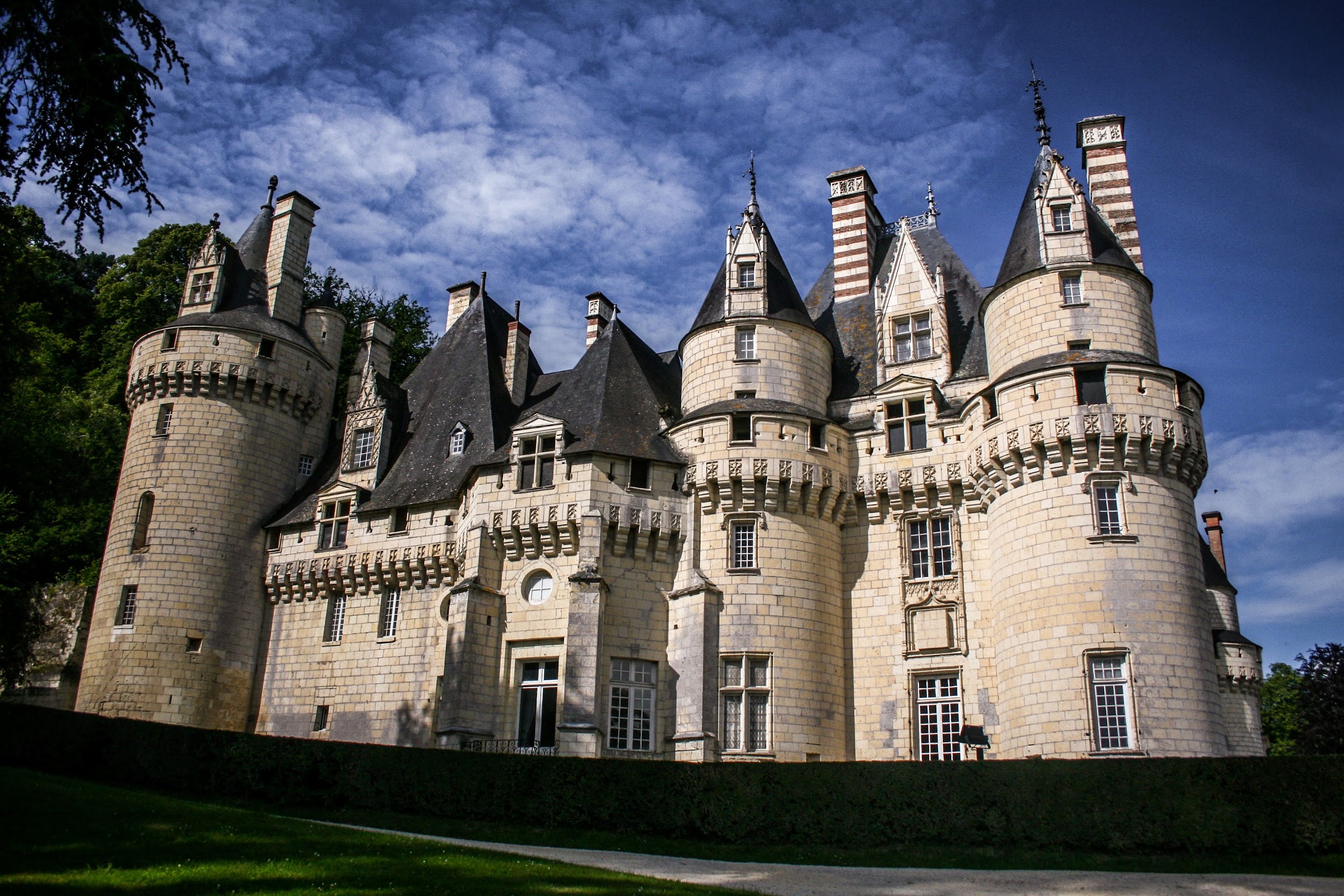 Even if you have time to visit all of these wonderful places there are still more to explore, such as the majestic Château de Chambord, the largest and most famous of them all the due to its distinctive French Renaissance architecture, or the Château du Clos Lucé, less impressive but it was home to Leonardo da Vinci for three years before he died, and you can see prototypes of his most imaginative creations.

We rented an adorable cottage and drove to a different château every day. You can stop off in any little French town to pick up your daily bread, meat and cheese from the markets and drink enough wine to last a lifetime. It’s all so magical. 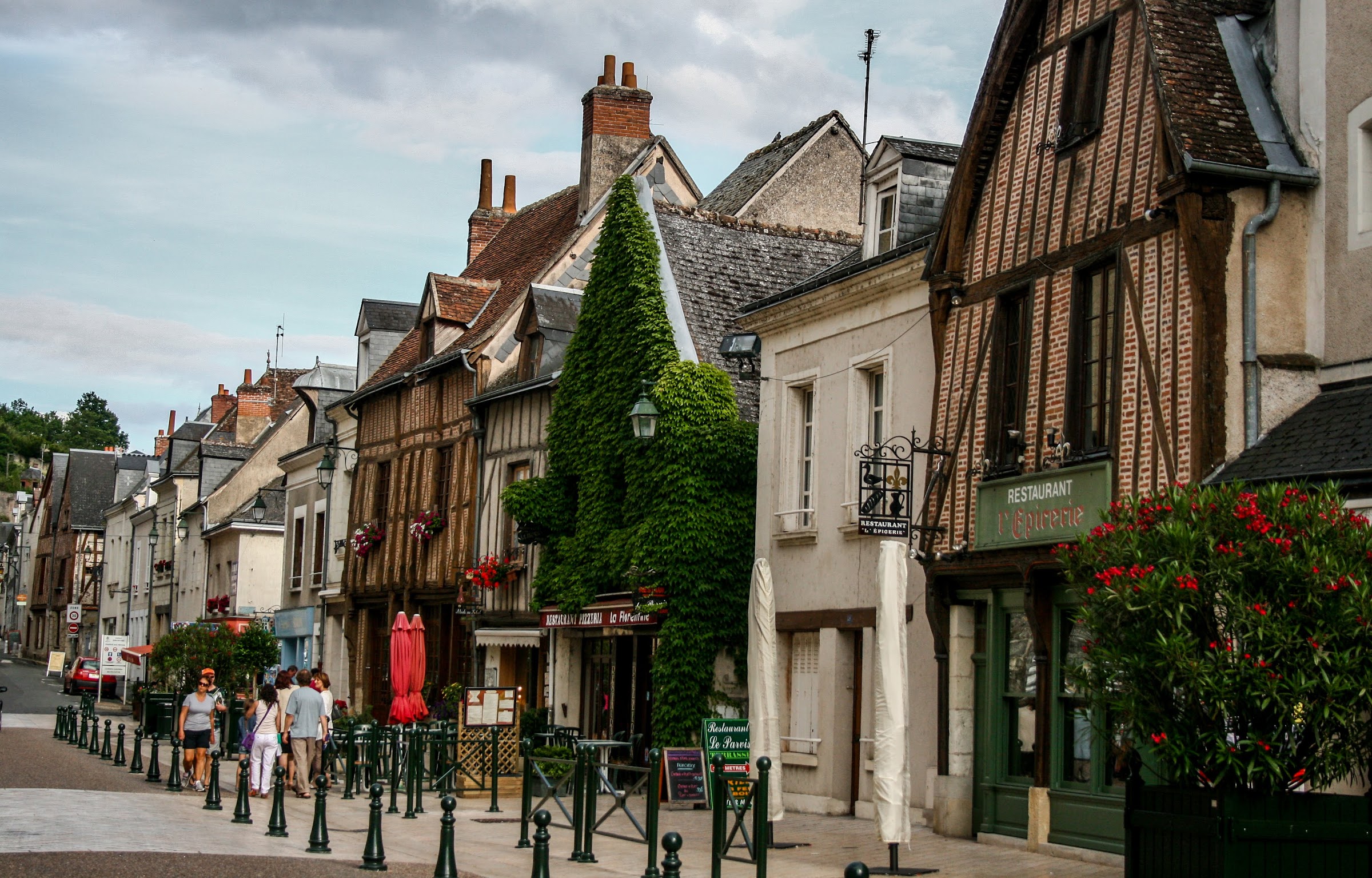 Prices were correct at the time of writing.

2 thoughts on “Fairytale castles in the Loire Valley”