After driving around 1,300km north in 8 days to swim with whale sharks it was finally time to turn around and make our way back home as fast as possible so Nigel the Nissan didn’t cost us any more money. It was an impossibly long, boring and uneventful drive made marginally more exciting with the random appearance of kangaroos, cows, and goats.

After two days of driving and two nights camping for free under the stars (seriously, download the WikiCamps app if you haven’t already) we made it to Geraldton. It’s a wonderful little coastal city with plenty to do, whether you’re there for a day or a week.

We just had a few hours but we managed to get a lot done. We drove straight to the HMAS Sydney Memorial, a modern memorial which commemorates the loss of HMAS Sydney II, its crew and their families. It’s at the top of a hill with great views of the city and coast below you. 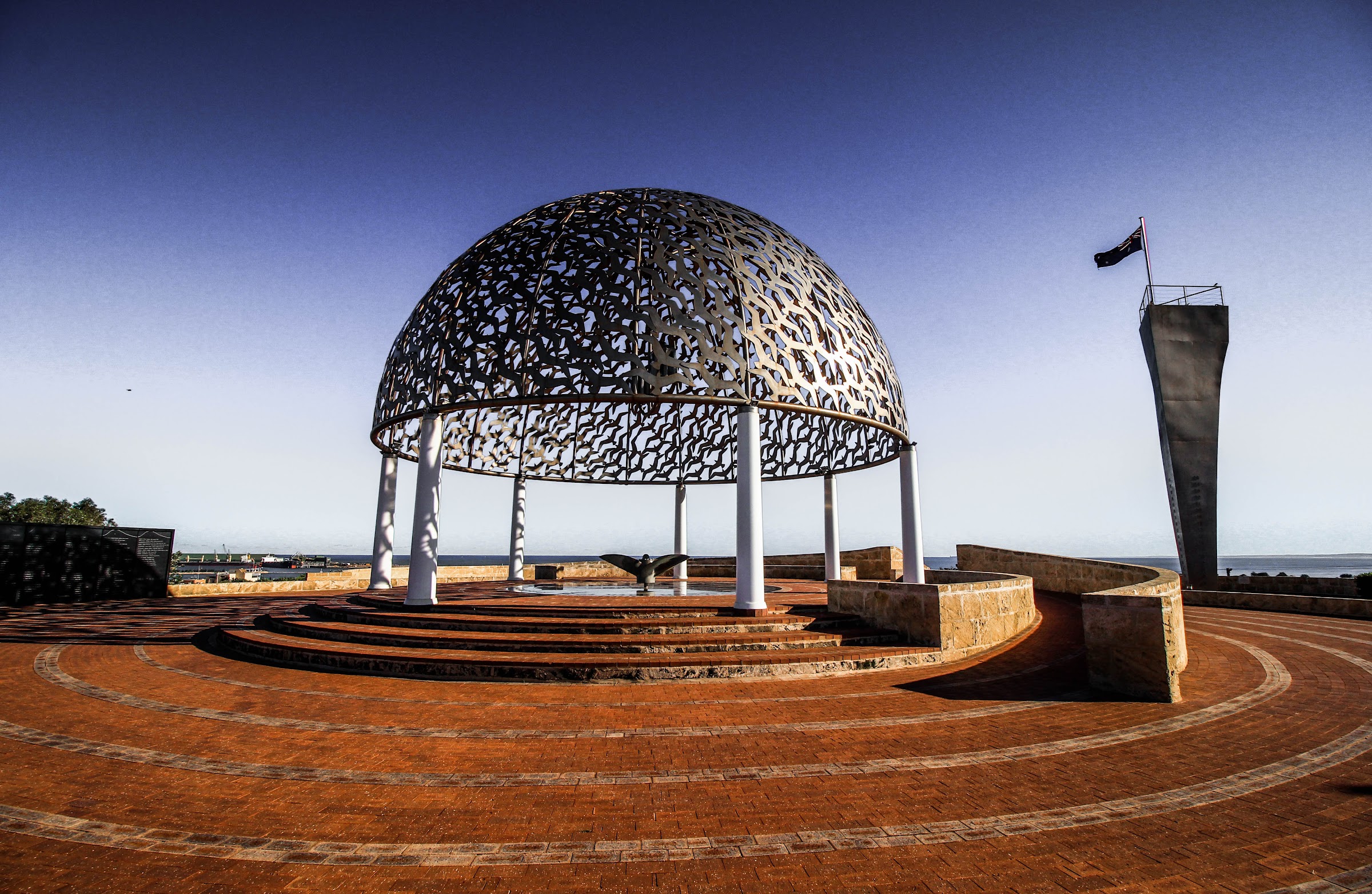 We paid a visit to the Old Gaol Museum and Craft Center, each cell houses a handmade craft store with a few dedicated to the history of the jail itself. We also spent an hour or two in the Western Australia Museum which has some interesting displays of the aboriginal history and the wildlife of WA as well as the fascinating and slightly gruesome Shipwrecks Gallery.

We had to hit the road to make it to the Pinnacles Desert before sundown so we filled up Nigel with gas and ourselves with food and got on our way, stopping by the beach on our way out of the city just to check it out. 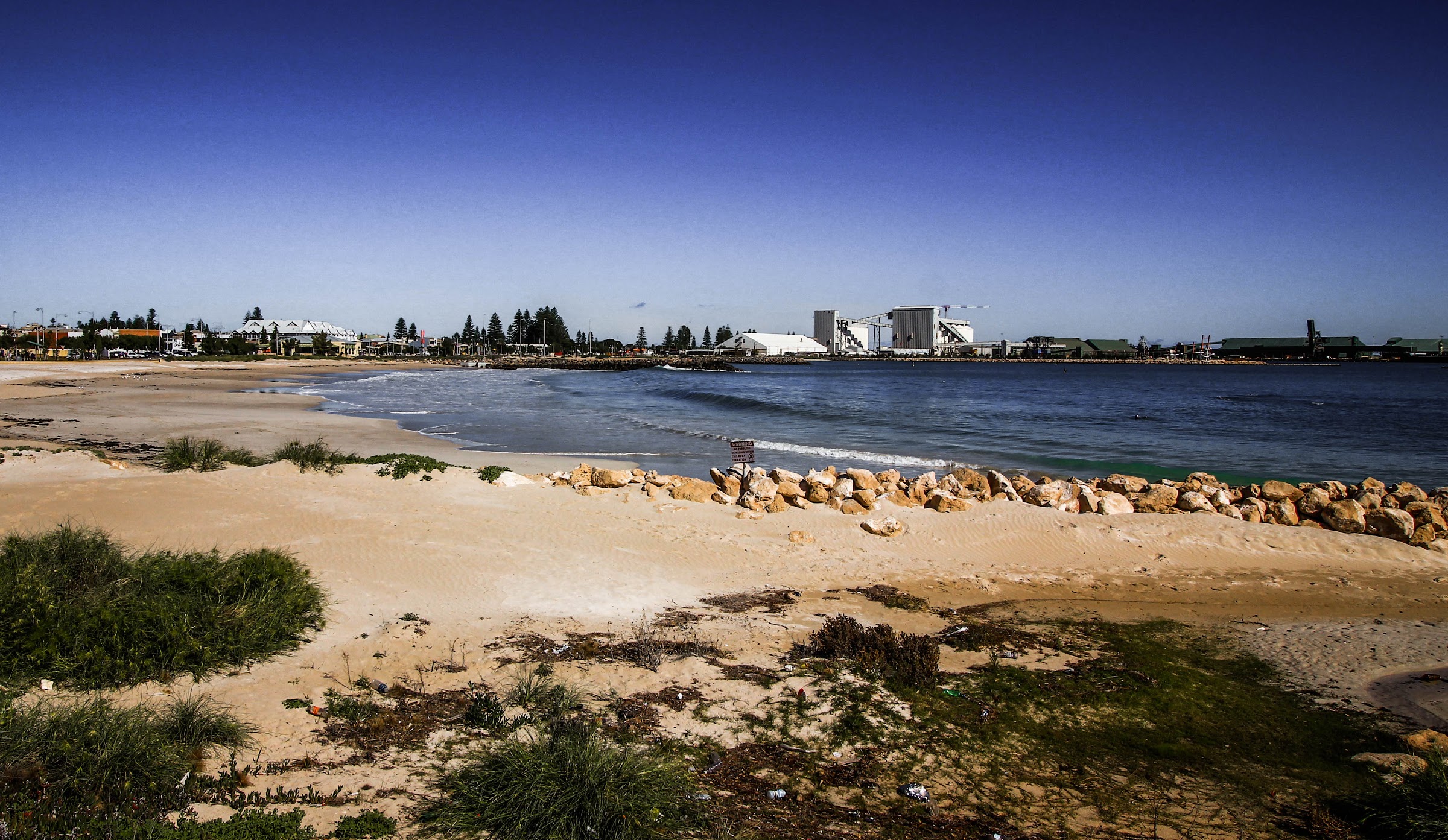 I know I’ve mentioned this once or twice (or a hundred times) over the last few months but I’ll say it again. Australia loves rocks. So much. We have seen so many damn rocks. So what better way to finish my Western Australia road trip than by visiting an entire desert filled with rocks!?

You heard me. In between the sea and the bush lies a desert (although I don’t know how sand dunes count as a desert) which has been penetrated by a million pointy rocks. No one really knows where they came from or how they got there, not even Wikipedia, but it’s super sciency probably.

When you get to the park and pay the fee ($12) you can either drive or walk through, but you might as well do both as you want to be there while the sun sets, it’s pretty spectacular. There are places to park the car and there are lookouts to give you the best views of all the rocks. Endless rocks. Rocks for days. So. Many. Rocks. 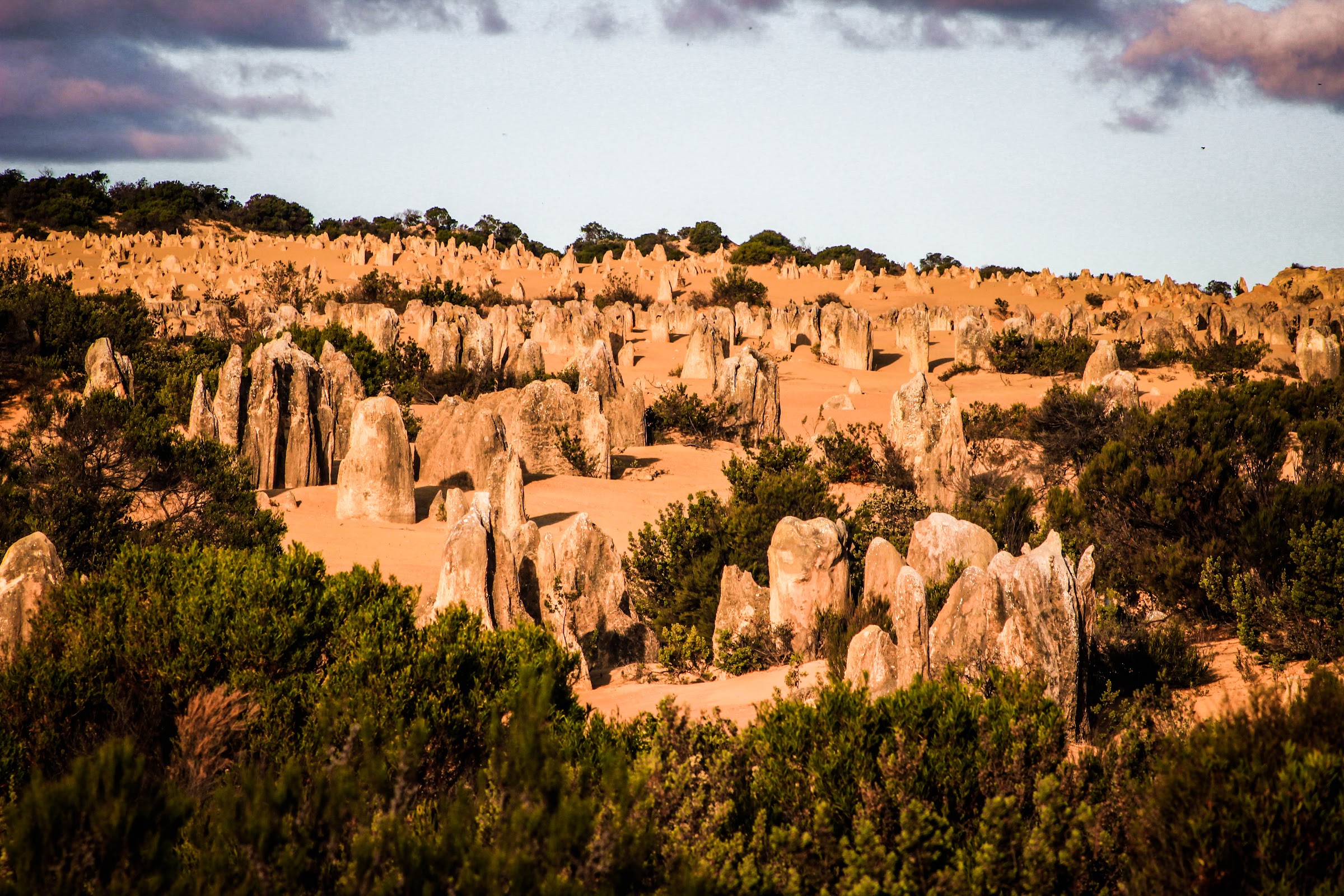 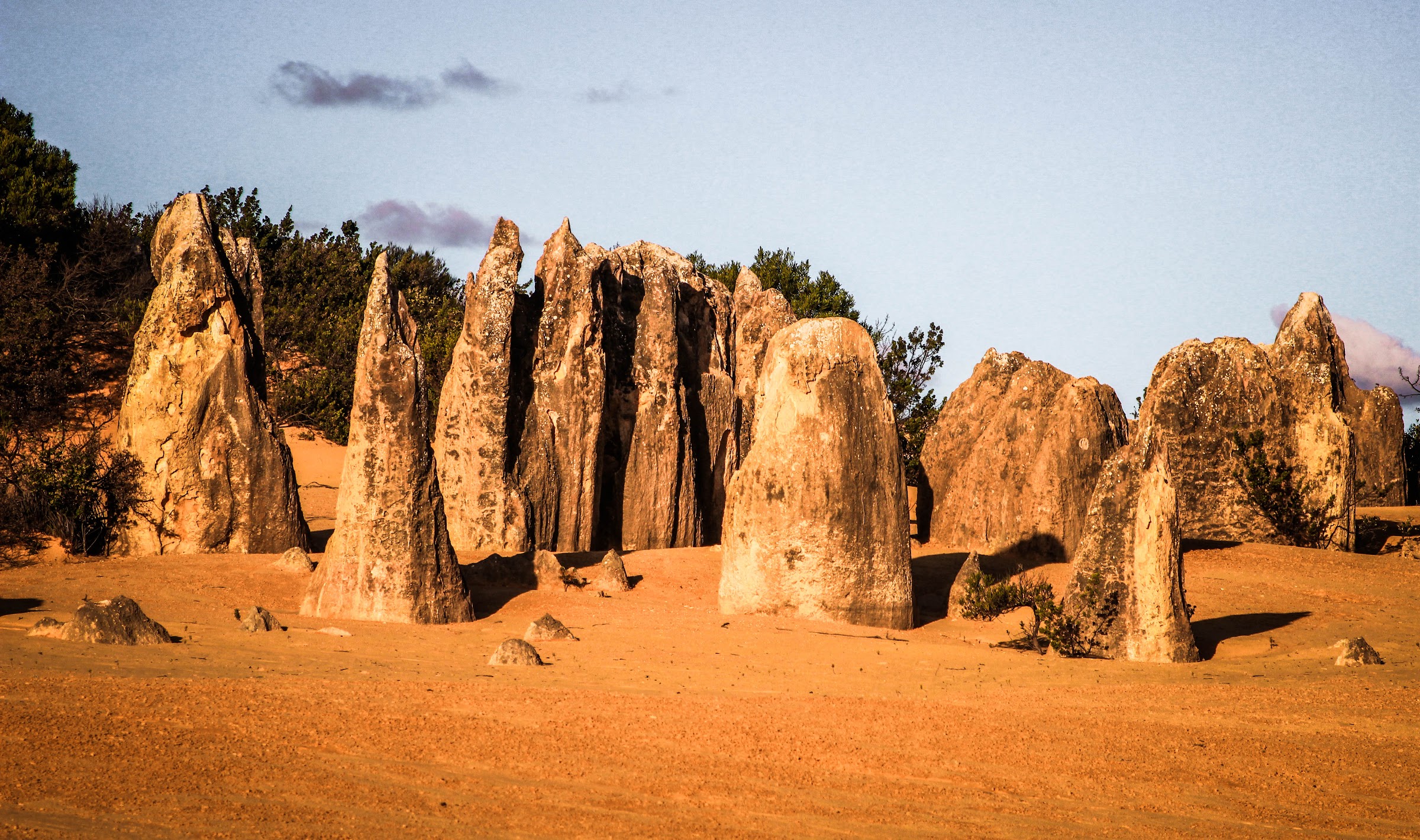 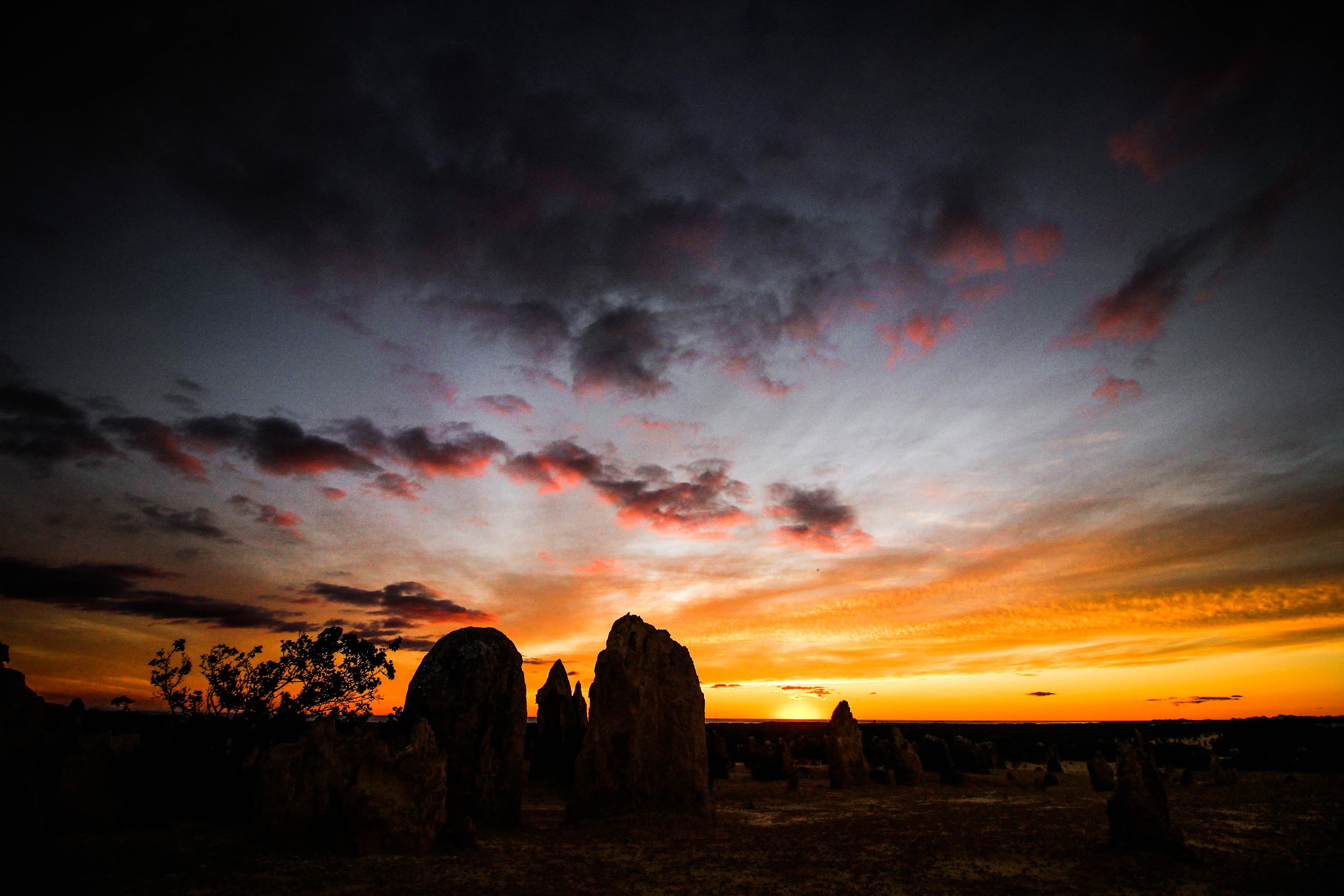 We parked Nigel in between all the rocks, cooked the last of our food as we watched the sunset and then drove those last 200km back to Perth, more than ready to shower and sleep in a real bed, absolutely exhausted and pretty dirty after all the free campsites and no showers.

It was an incredible road trip, so different to the south (more wildlife, more driving, less stuff) and it only cost us around $800 each, including the $400 whale shark swim. After driving all that way I was happy to say goodbye to Nigel and get back to reality.