Western Australia is massive. It covers 2,529,875 km2, or one third, of Australia, that’s seriously huge. If it was its own country it would be in the Top 10 biggest countries in the world, you could fit England inside it 20 times, or Texas 4 times.

Most of the population lives in Perth which is the most isolated city in the world, the closest is Adelaide over 2,200 km away, and it’s closer to Jakarta and Singapore than to Australia’s own capital city of Canberra.

With all that in mind, you should definitely consider exploring this incredible state. Here are 25 reasons to do just that.

The perfect spot to spend a sunny afternoon with the city as a backdrop. You can climb the Bell Tower, enjoy a waterside drink at The Lucky Shag or catch a ferry across the river to get out on the water. This massive park is perched on a hill above the city and it’s easy to find a quiet, shady spot to relax in. It’s also a hotspot for Pokemon Go trainers, might as well catch a few Eevees while taking in the view! This is just one of many city beaches but it’s definitely my favourite. White sand, turquoise surf, quiet, plenty of bars and restaurants and even free WiFi. Just keep an eye out for sharks! Just kidding…. the lifeguards will do that. 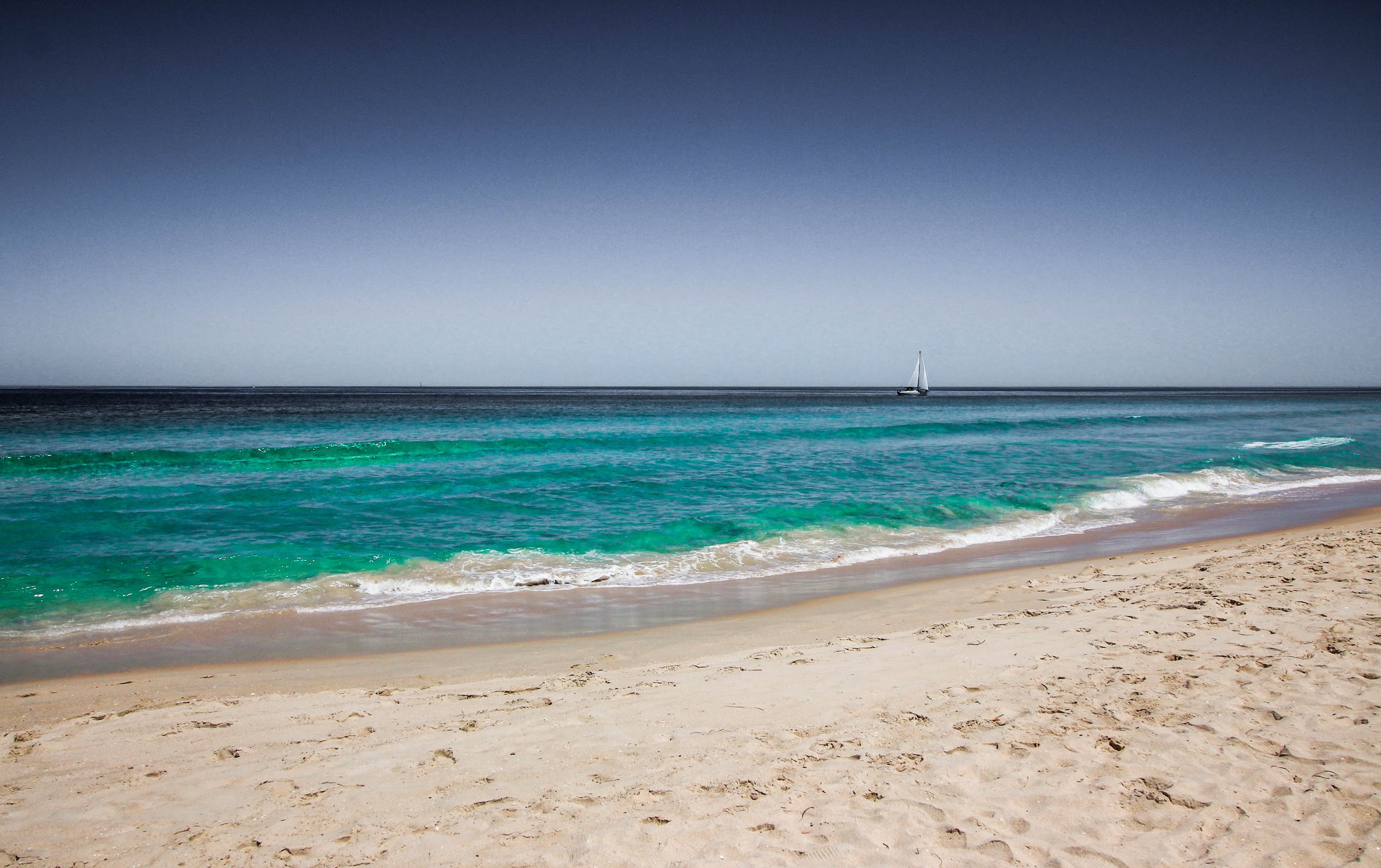 It’s a theme park and a waterpark! Ride the Abyss 10 times in a row and then cool off in in the Rocky Mountain Rapids. Just avoid the painfully slow Sky Lift unless you’re 80. 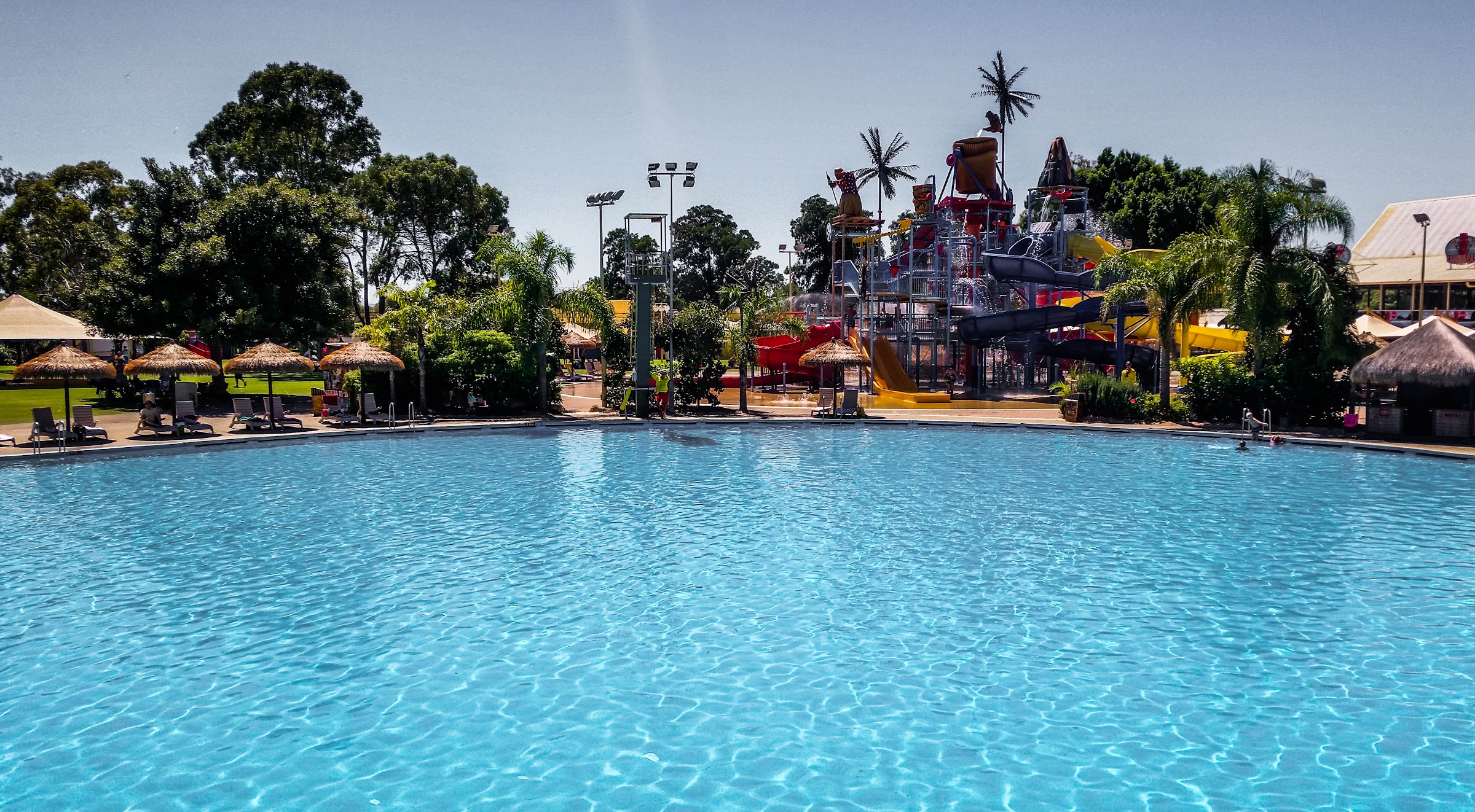 Freo is a gorgeous and historic suburb of Perth. Explore the markets, the prisons, the coffee shops, the Roundhouse, the Shipwreck Museum, the beach, or just grab a drink and enjoy the view. 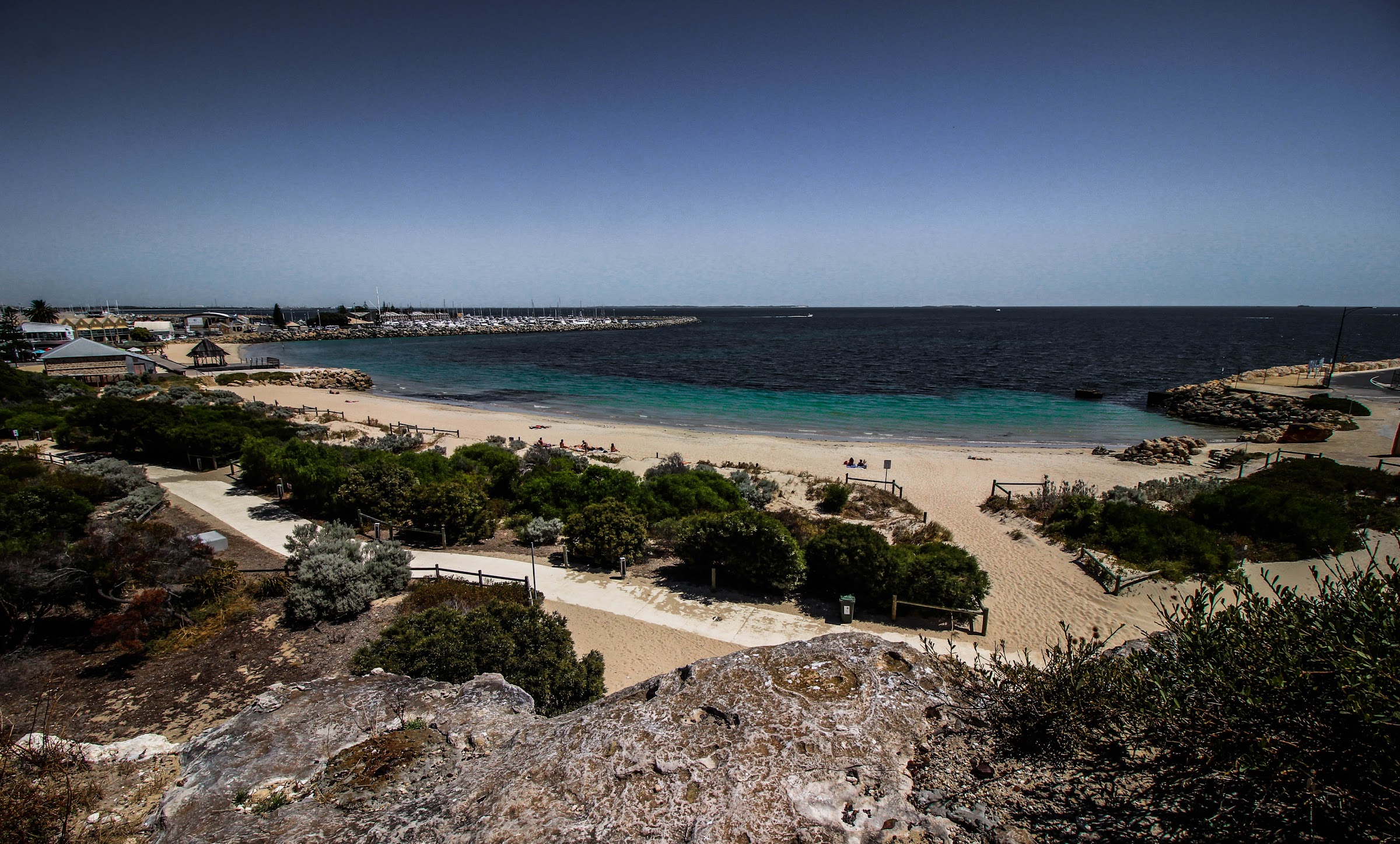 Take the ferry from Perth, rent a bike and cycle around this beautiful island in search of the world’s happiest creature – the quokka. They are more than happy to come and say hello while you take a selfie.

If adorable quokkas aren’t enough cuteness then head south to Penguin Island and see the world’s smallest penguins. You can also take a boat tour to see dolphins and sea lions! 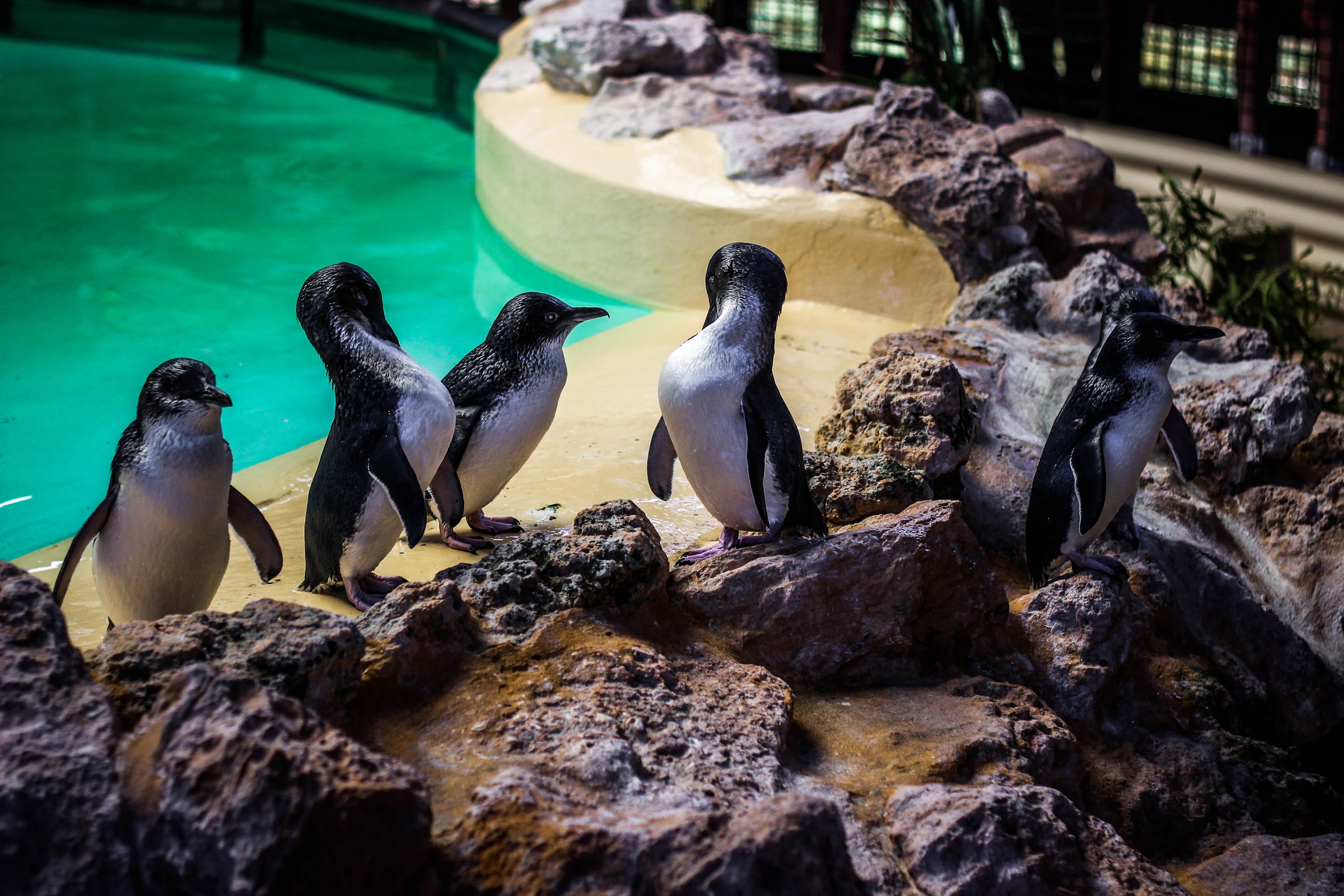 If it’s always been a dream of yours to walk along a really long wooden jetty then this is where your dream will come true, the Busselton Jetty is the longest in the southern hemisphere at just under 2 km. 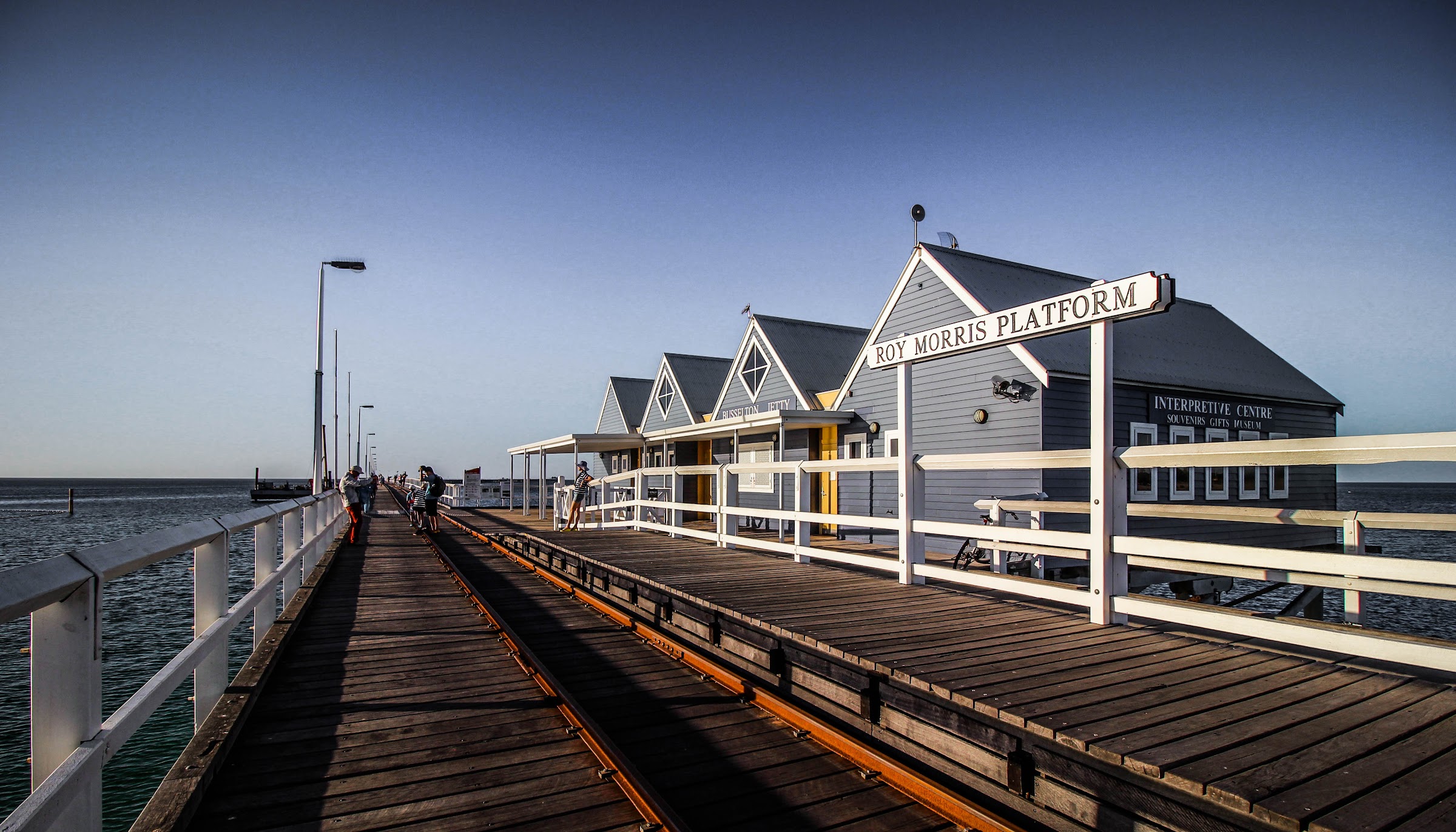 You’ll soon learn how crazy Australia is about rocks, and this is the first of many. There’s good snorkeling outside of the canal, just make sure you don’t get sucked inside! 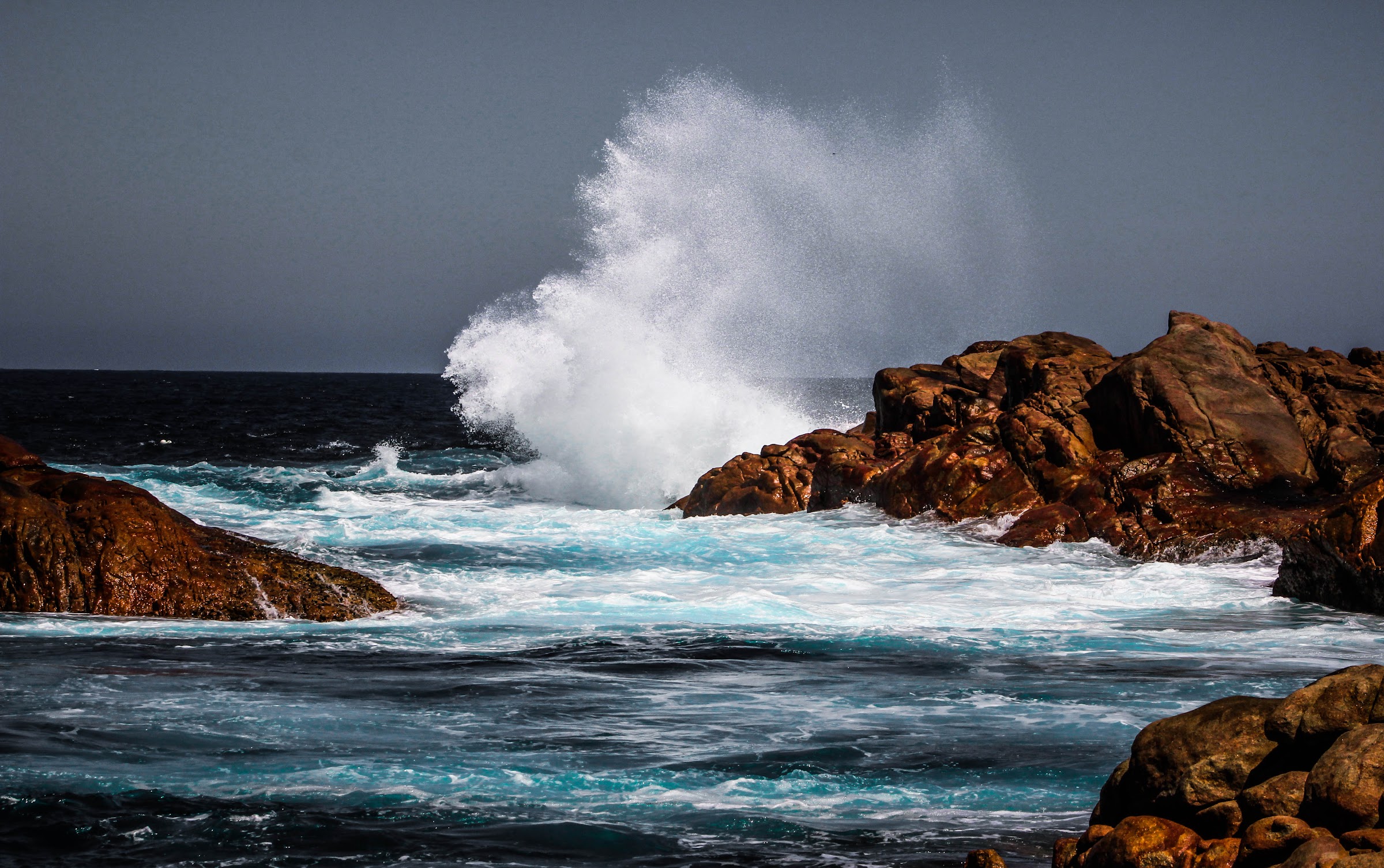 The Margaret River region has some incredible caves to explore, my favourite was Lake Cave for the perfect mirror image reflected in the water, it’s especially eerie when all the lights get switched off. 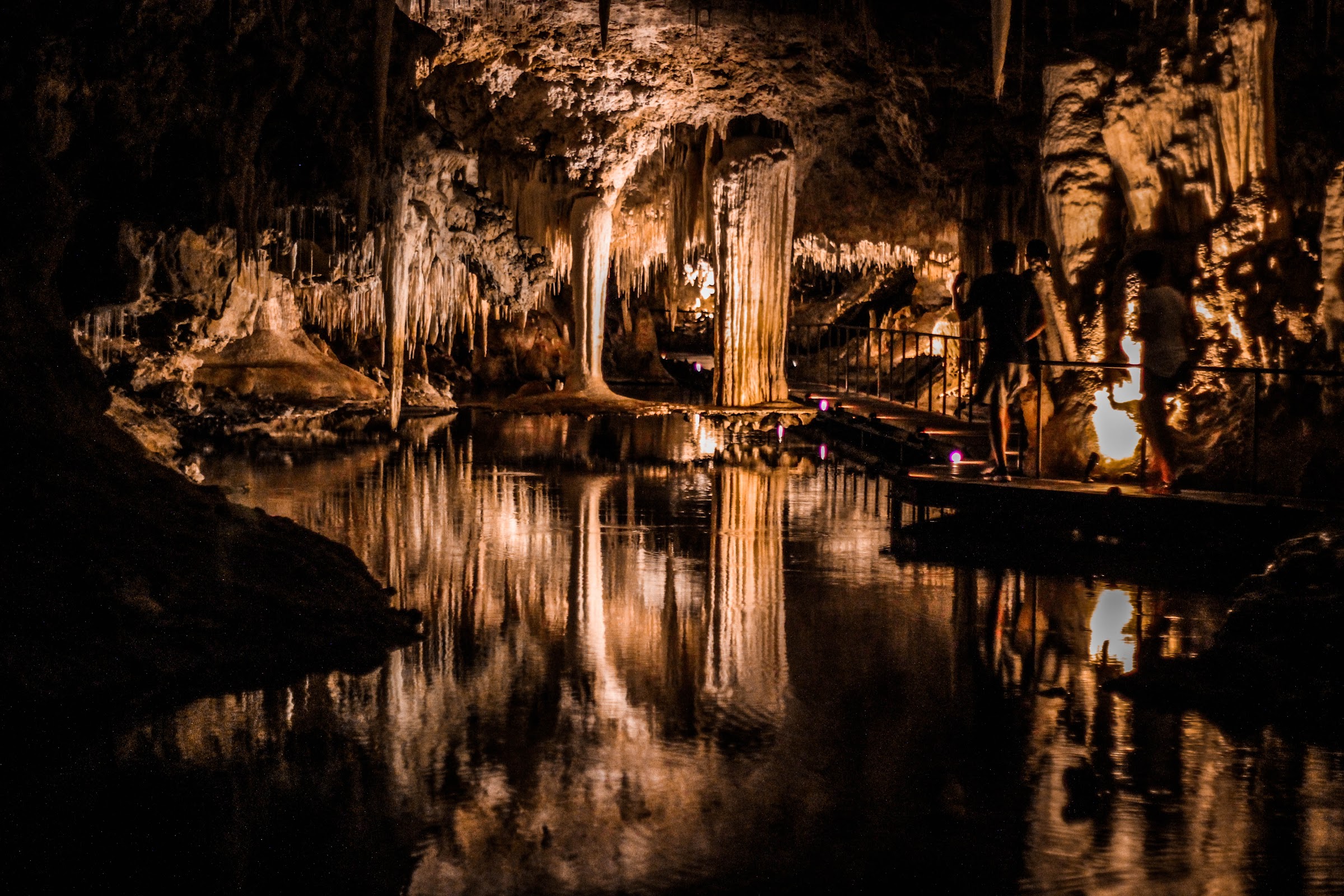 Valley of the Giants

If you’re not too afraid of heights then take to the treetops 40 meters above the ground in the canopy of the tingle trees. Back on solid ground you can walk through the trunks, literally. A tiny crescent beach surrounds impossibly blue water. If you can find a spot away from the seaweed it’s a gorgeous place to spend an afternoon. 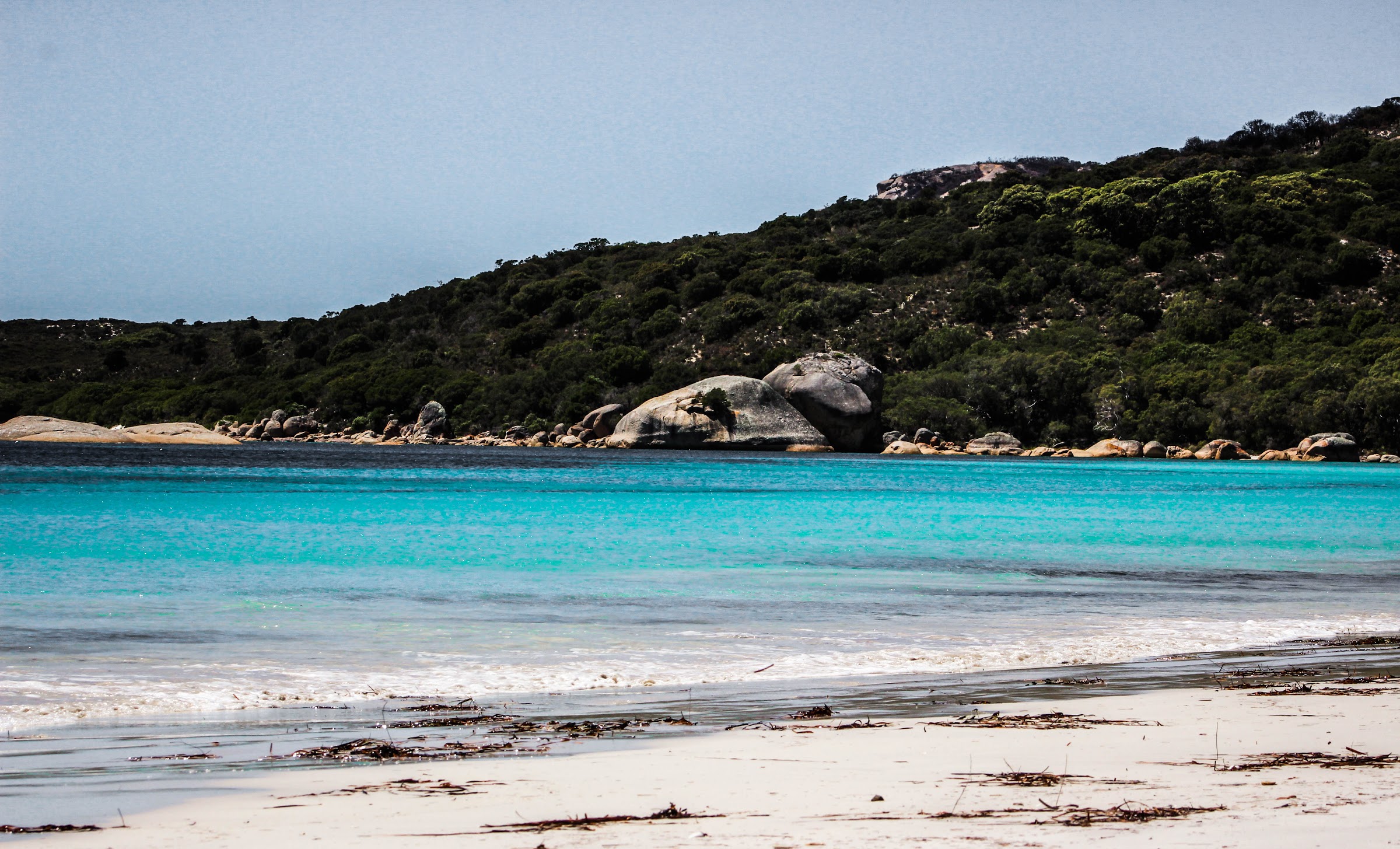 This is the first beach you’ll come to in the national park of the same name, and it’s not even the best one. There is a campground nearby if you want to spend the night. 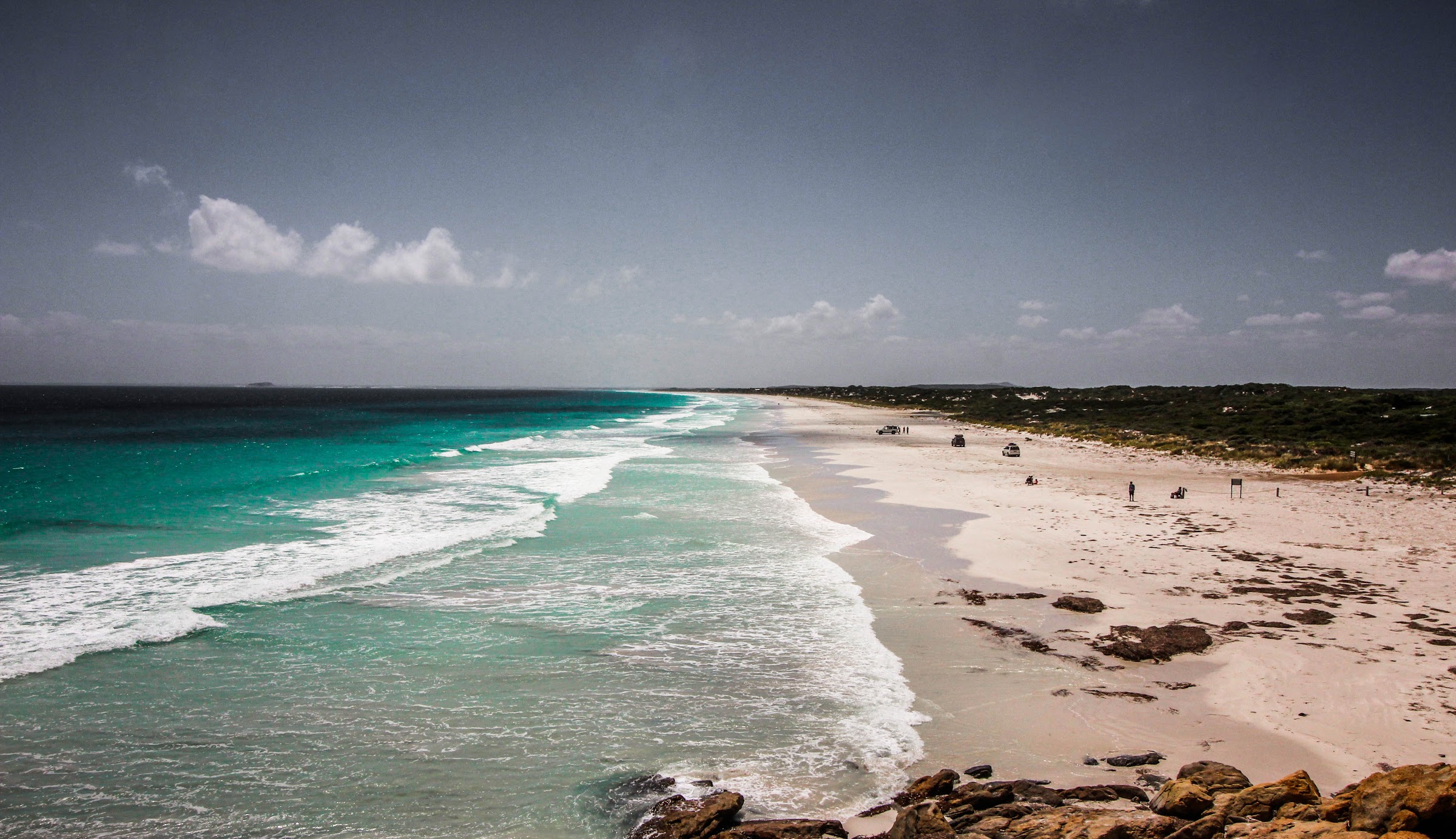 Without a doubt my favourite beach in Australia, possibly in the world. The clearest, bluest water I’ve ever seen, soft white sand, rocks and caves to explore, and mountains as a backdrop. Absolute paradise. 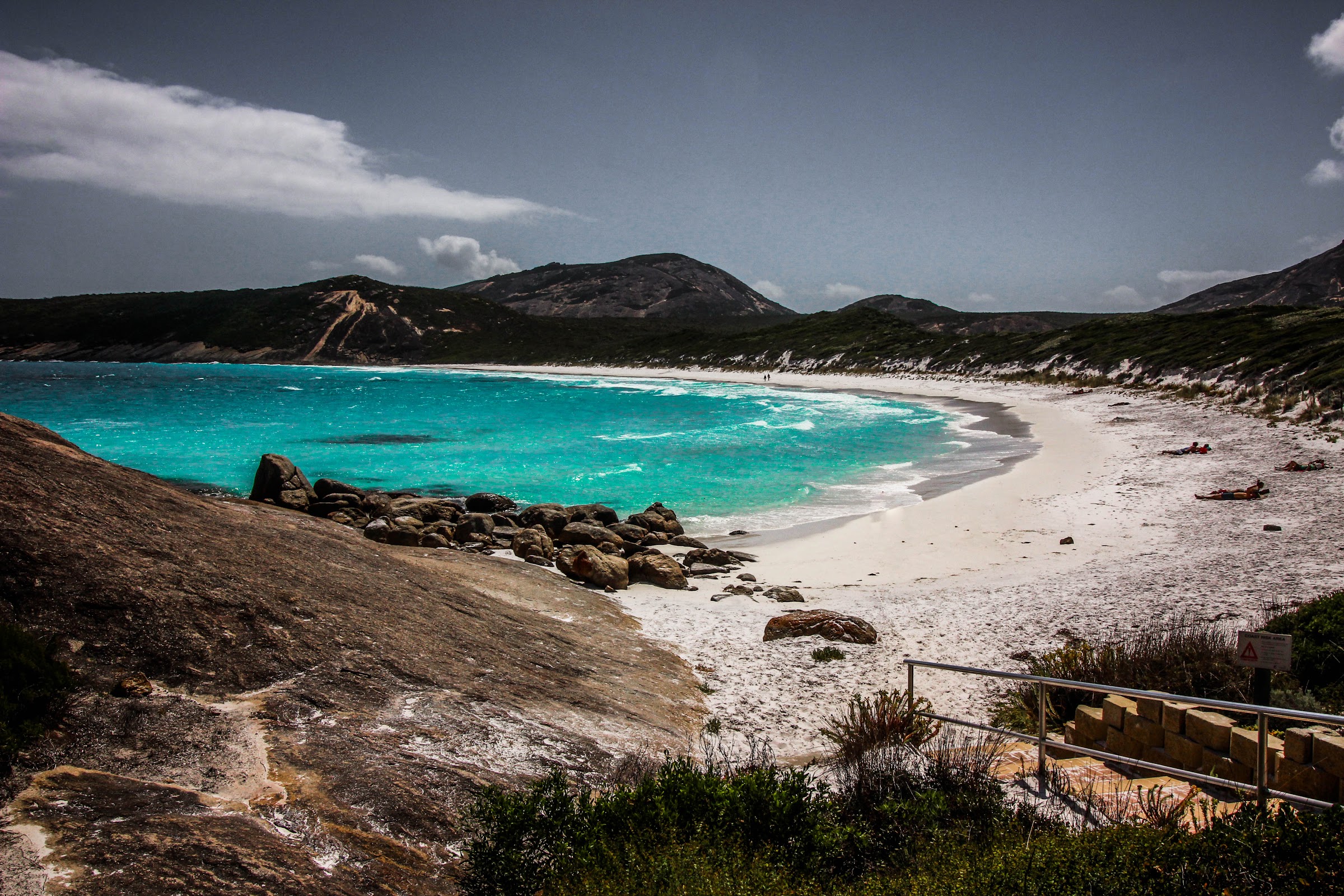 The most Australian beach you’ll ever find, also in Cape Le Grand National Park. It’s as beautiful as the rest with the added bonus of kangaroos chilling out on the sand which makes for the perfect photo. 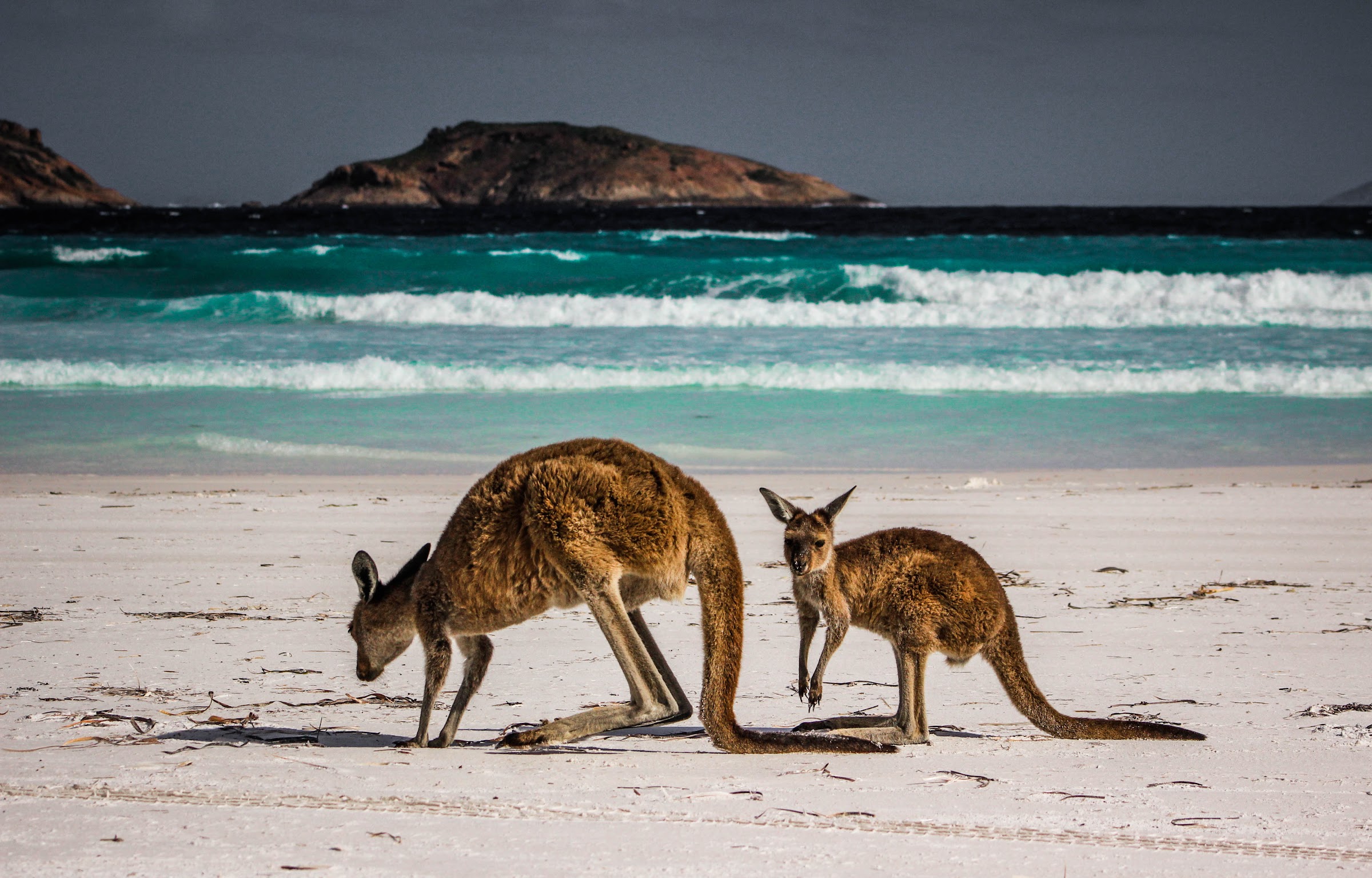 As far as rocks go in Australia this is a pretty cool one. You can climb above it for amazing views, but it’s only worth a visit if you just happen to be driving between Perth and Esperance. 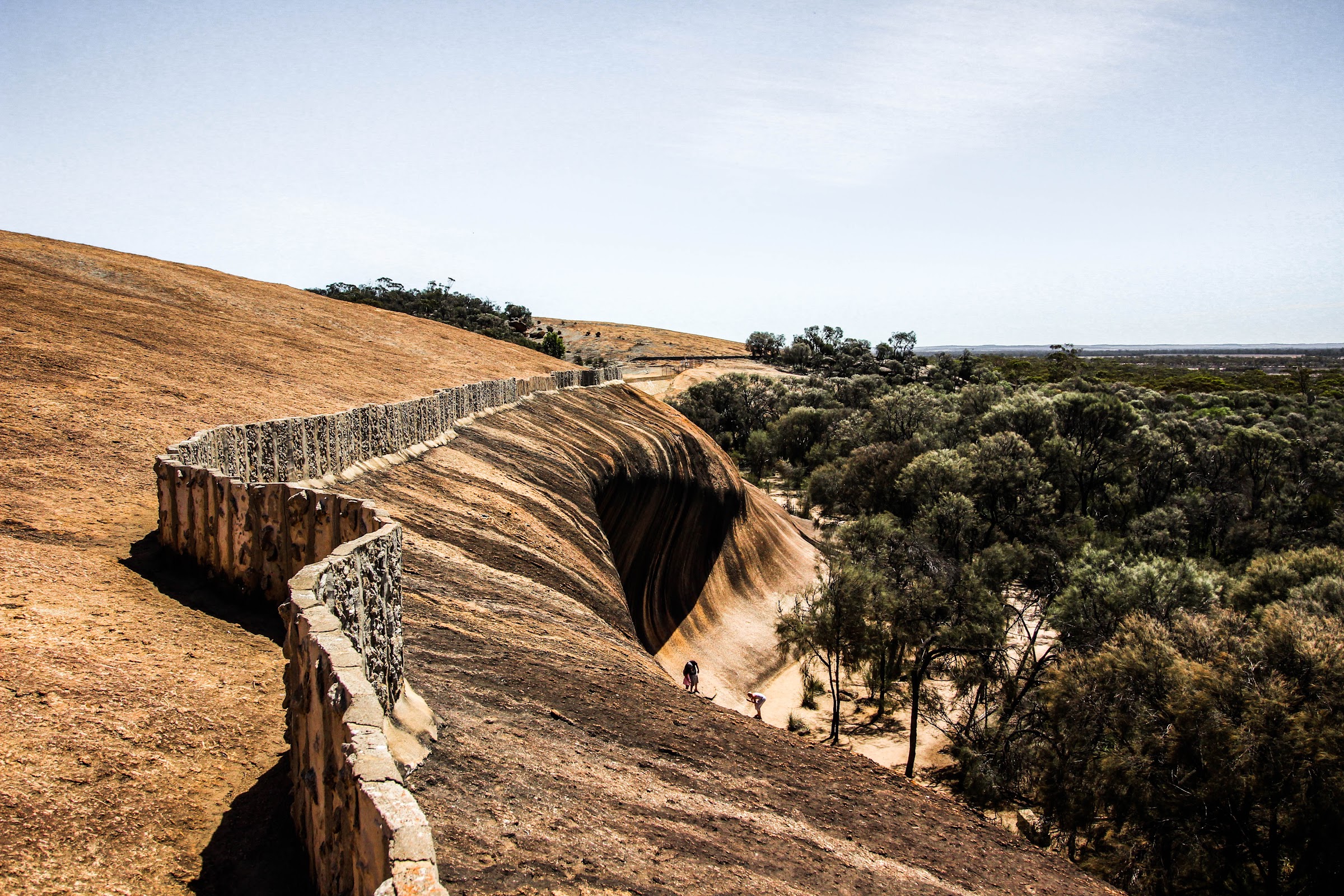 Here you’ll find a dramatic coastline with red cliffs and crashing waves. Head inland and you’ll be met with deep canyons and gorges to explore on foot or with a kayak. These ‘rock stacks’ are actually the world’s oldest living organism, they’re part of the reason why we are all here today, they gave evolution a boost by breathing oxygen into the air over the last 2 billion years. This 60 km long beach looks like all the others until you get up close and realise that ‘sand’ is actually billions of tiny white shells. Great place to chill, as long as you don’t want to build a sandcastle. 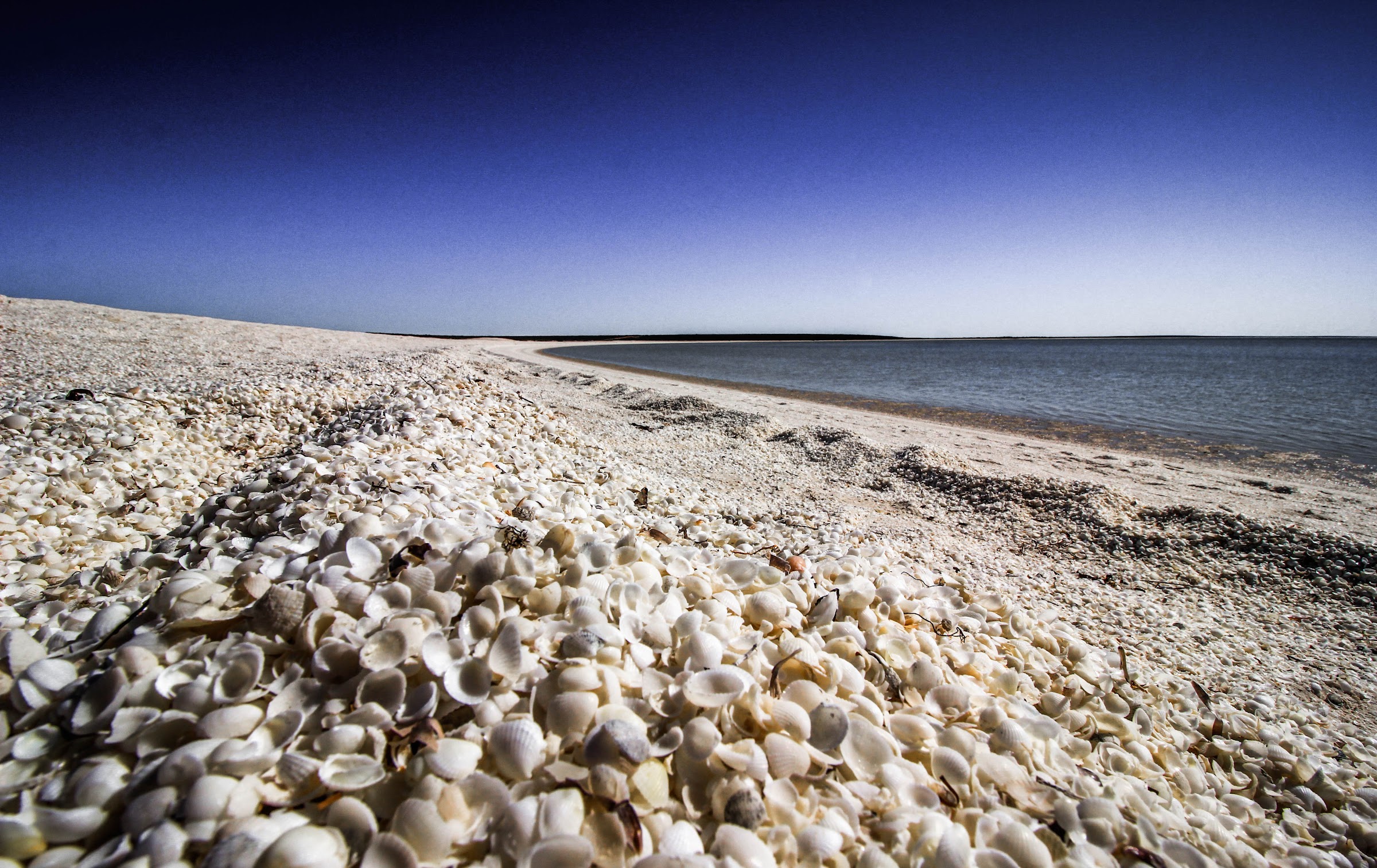 If you want a chance to feed a dolphin his breakfast, or at least see them up close then head to the Monkey Mia resort in Shark Bay. If you’re lucky you might also see turtles too. 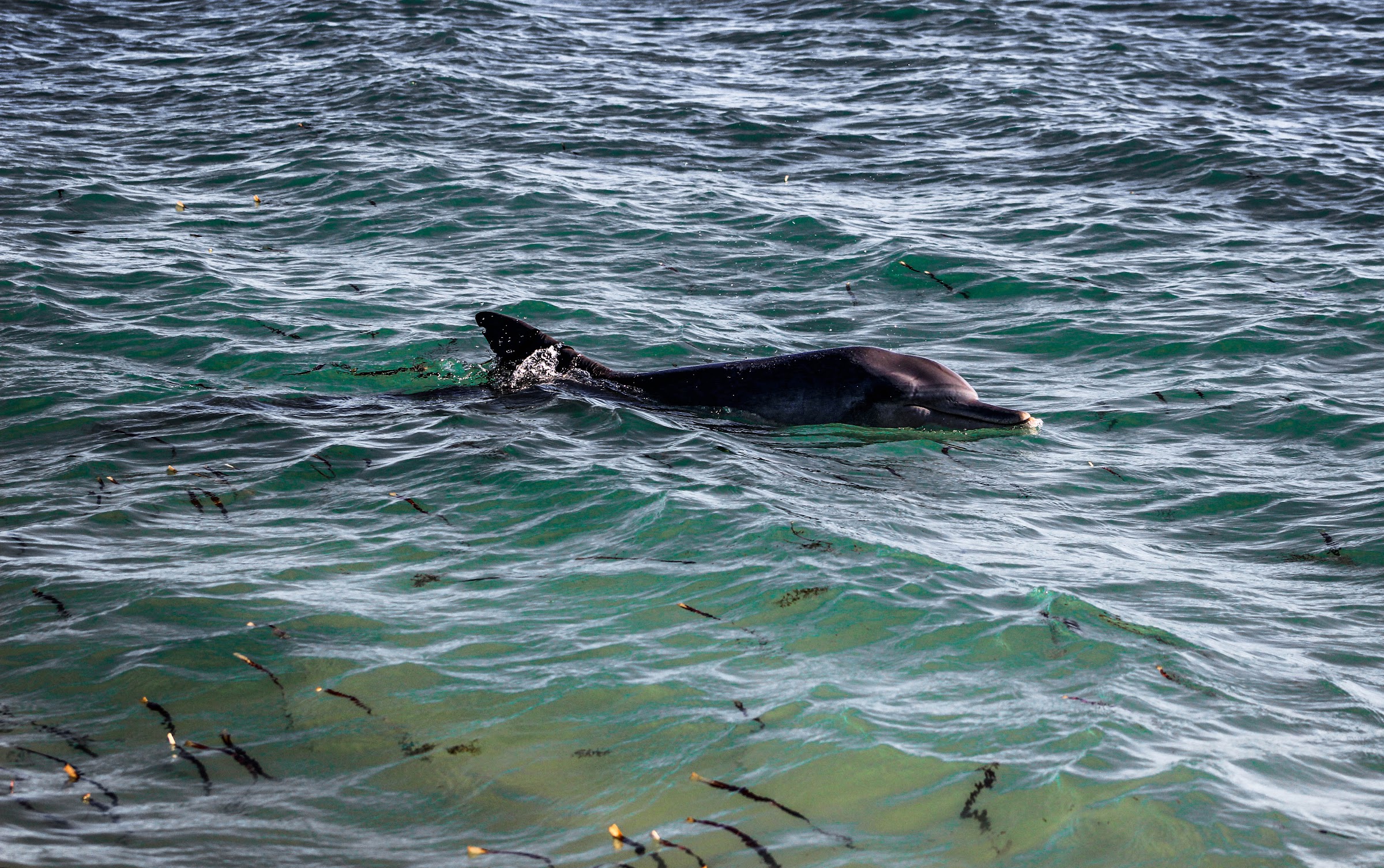 This was one of the best experiences of my life and I honestly think this alone is enough of a reason to visit WA, just make sure you’re there between March and September. 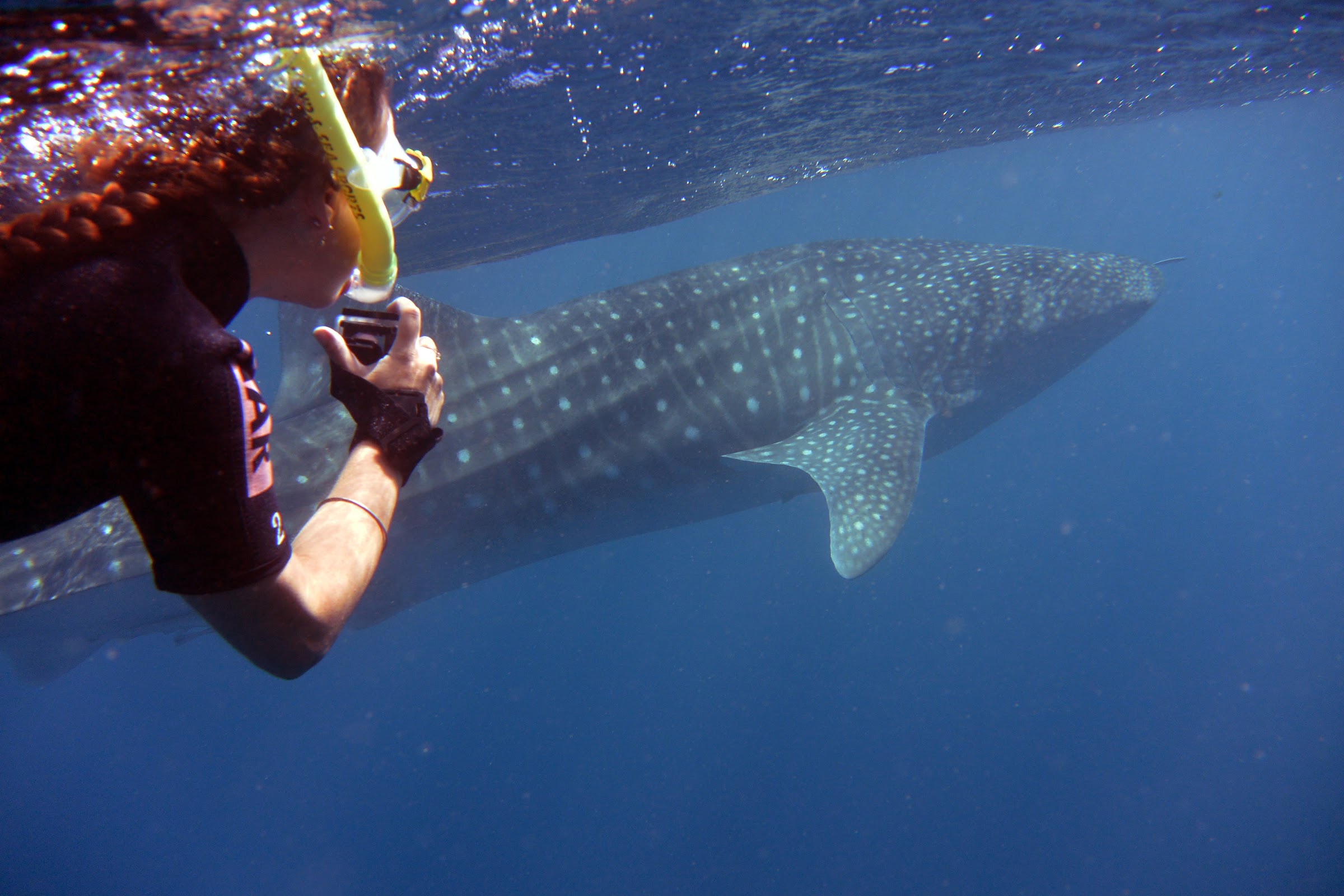 The deep valleys and gorges of Cape Range are a breath of fresh air after the flatness of most of WA, you’ve got plenty of beaches to choose from and you’ll see an amazing range of wildlife. Of course, more rocks. An entire desert filled with rocks. You can walk or drive around this National Park, and make sure you hang around for sunset. It’s pretty spectacular. 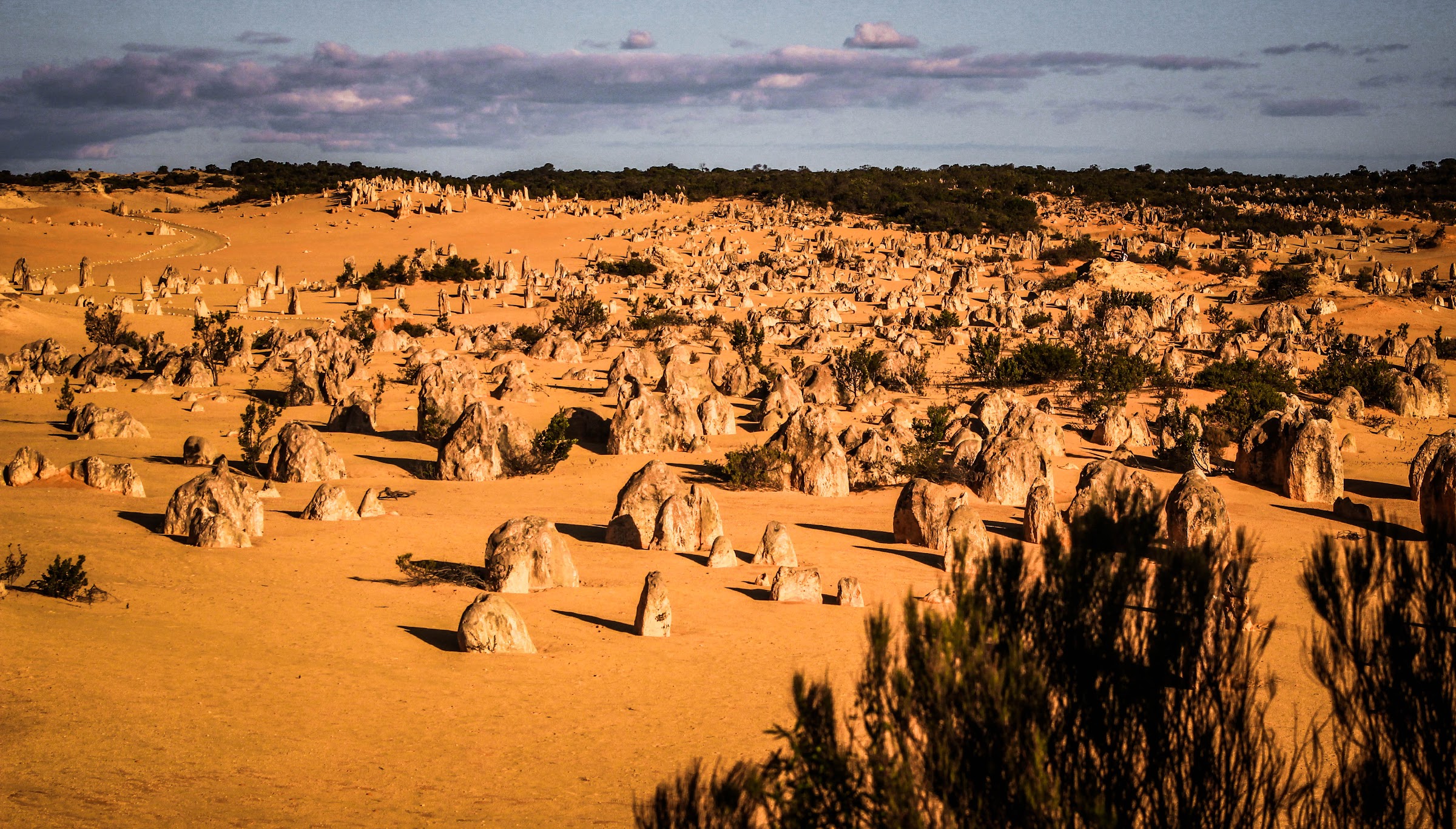 I know I’ve mentioned a few beaches specifically but you need to know that there are a thousand more you can visit. They’re all beautiful and you’ll have no problem avoiding the crowds. 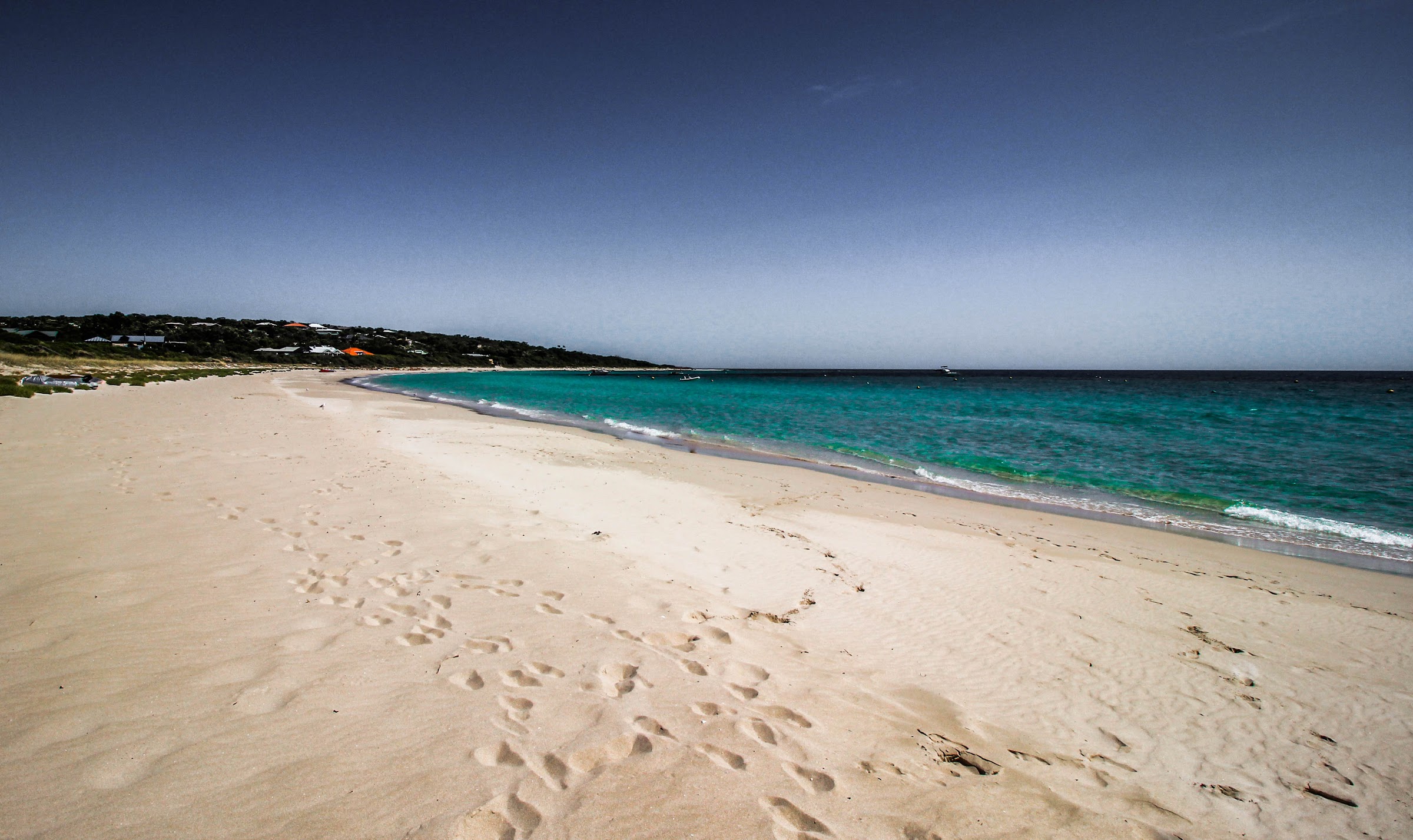 After seeing these 25 reasons to visit Western Australia I hope I’ve inspired you to catch a flight to this city in the middle of nowhere and explore as much as possible! I’ve now driven 5,500 km up and down the west coast and I can honestly say it’s worth the time and money to see it all.

If you’re planning a road trip then read these 8 tips on surviving an Australian Road trip, and make sure you download the WikiCamps app so you can have free camping wherever you go!

One thought on “25 reasons to visit Western Australia”