You can easily spend a few days in Aksum exploring, but you can tour the main sights in a few hours. My flight from Lalibela to Mekele had a four-hour layover so I hired a driver for 750 birrs ($30) to show me the highlights and take me to and from the airport. A guide is not necessary but you will get hassled for one. 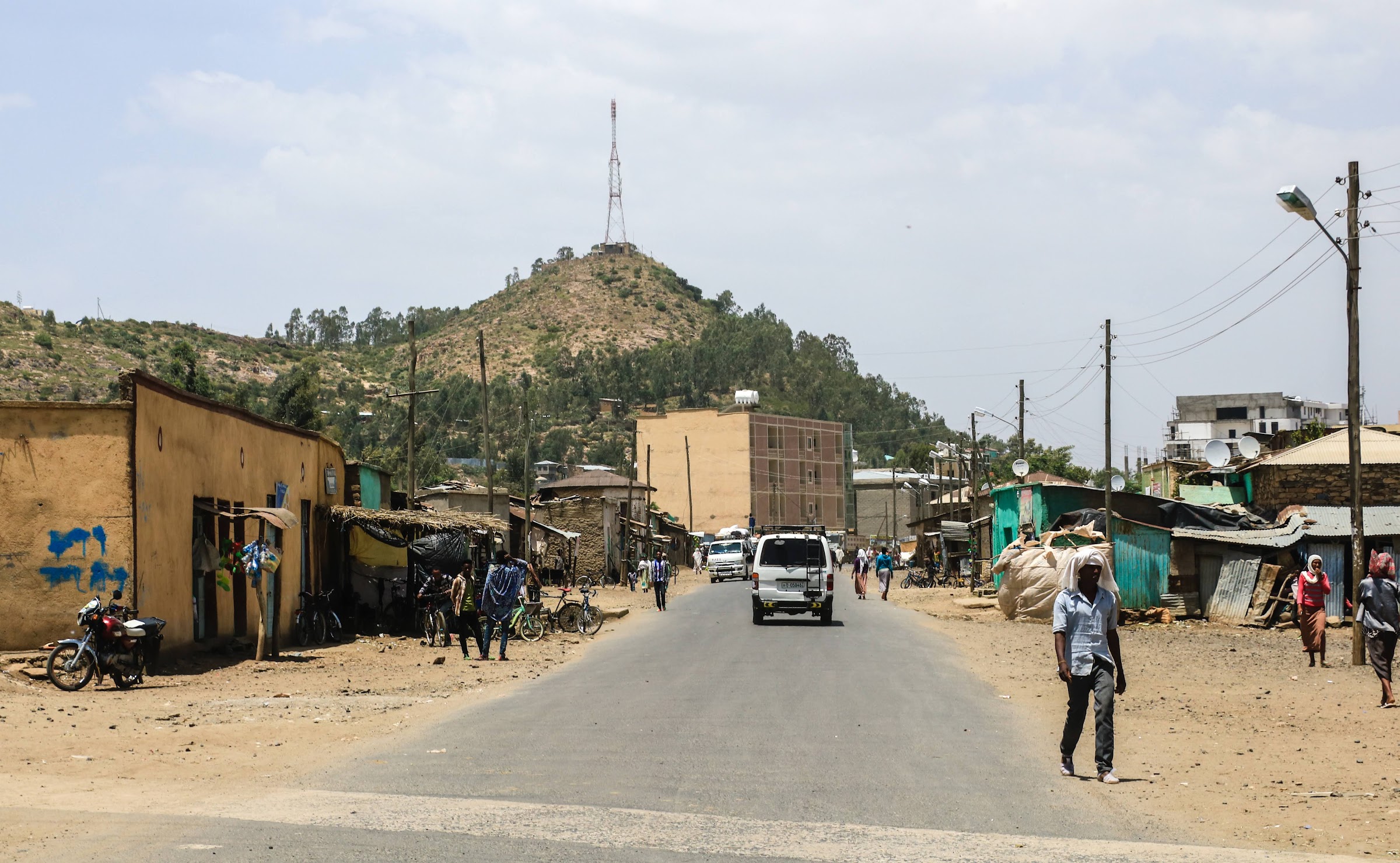 When you arrive into town, stop by the Aksum Tourist Information Office to get your entrance ticket for 50 birrs ($2) that covers the main historical sights. The main stelae field is the most impressive, where you will find over 75 stone towers of various shapes and sizes. The largest was built for King Remhai and stood 33m high, but now it lies crumbled on the ground.

The second-largest, a 26m high stelae, was actually cut into three blocks and reassembled in Rome. After several years of negotiation, it was finally returned in 2005. You can also see the leaning stelae of King Ezana, the third-largest at 23m, being held up by metal rods implanted in the ground, just in case. You can explore the nearby Remhai’s Tomb and the Tomb of the Mausoleum, plus the small museum. 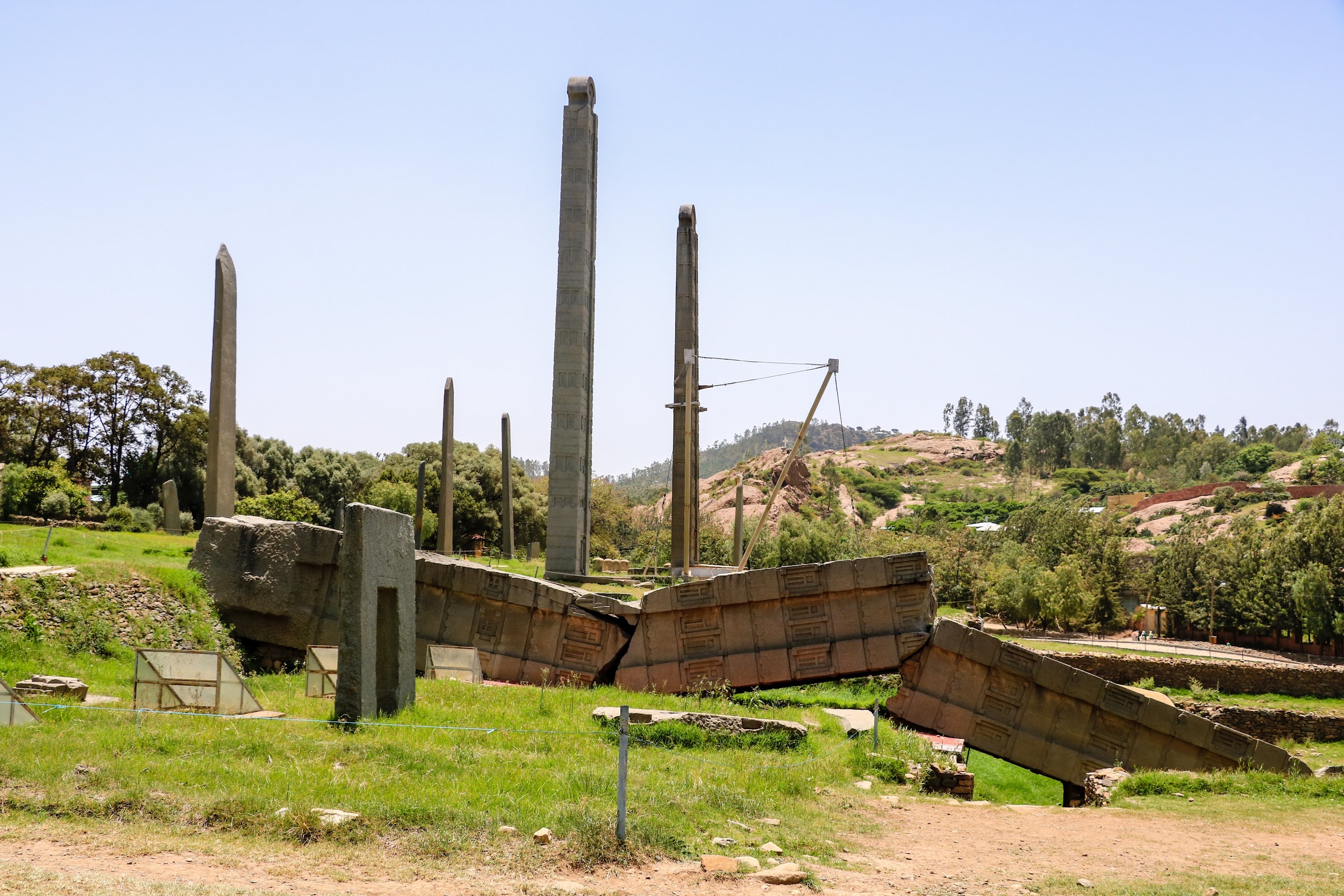 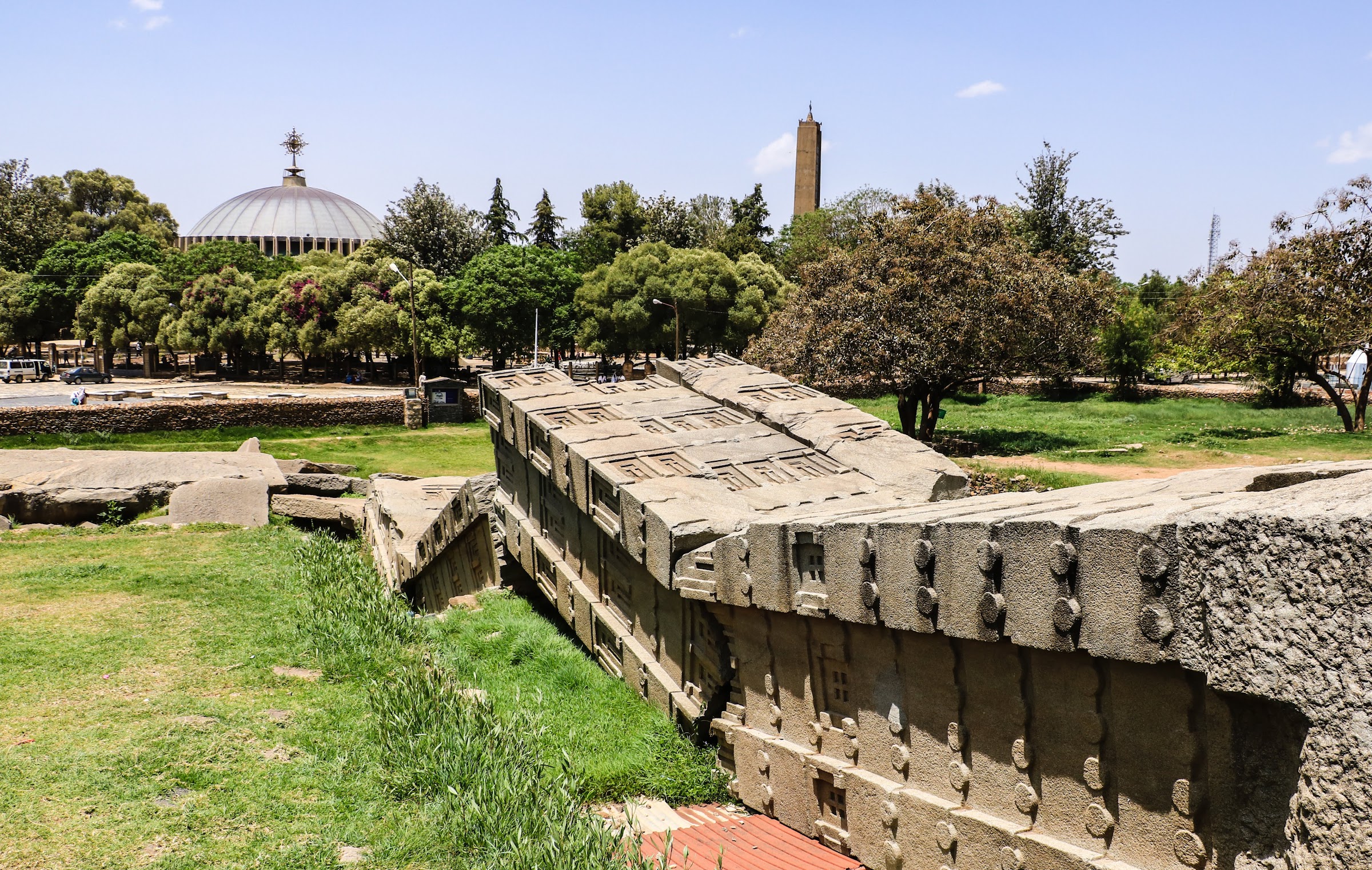 Across the road is the beautiful domed Cathedral of Tsion Maryam, an extra cost to go inside but you can sneak into the side gate if you just want to take a quick look around, please note that women are not allowed inside the monastery on the grounds.

To the north of the main stelae field is the Queen of Sheba’s Swimming Pool, a large water hole still in use today that may or may not have had anything to do with the actual Queen of Sheba, the history of Ethiopia can be exaggerated at times. 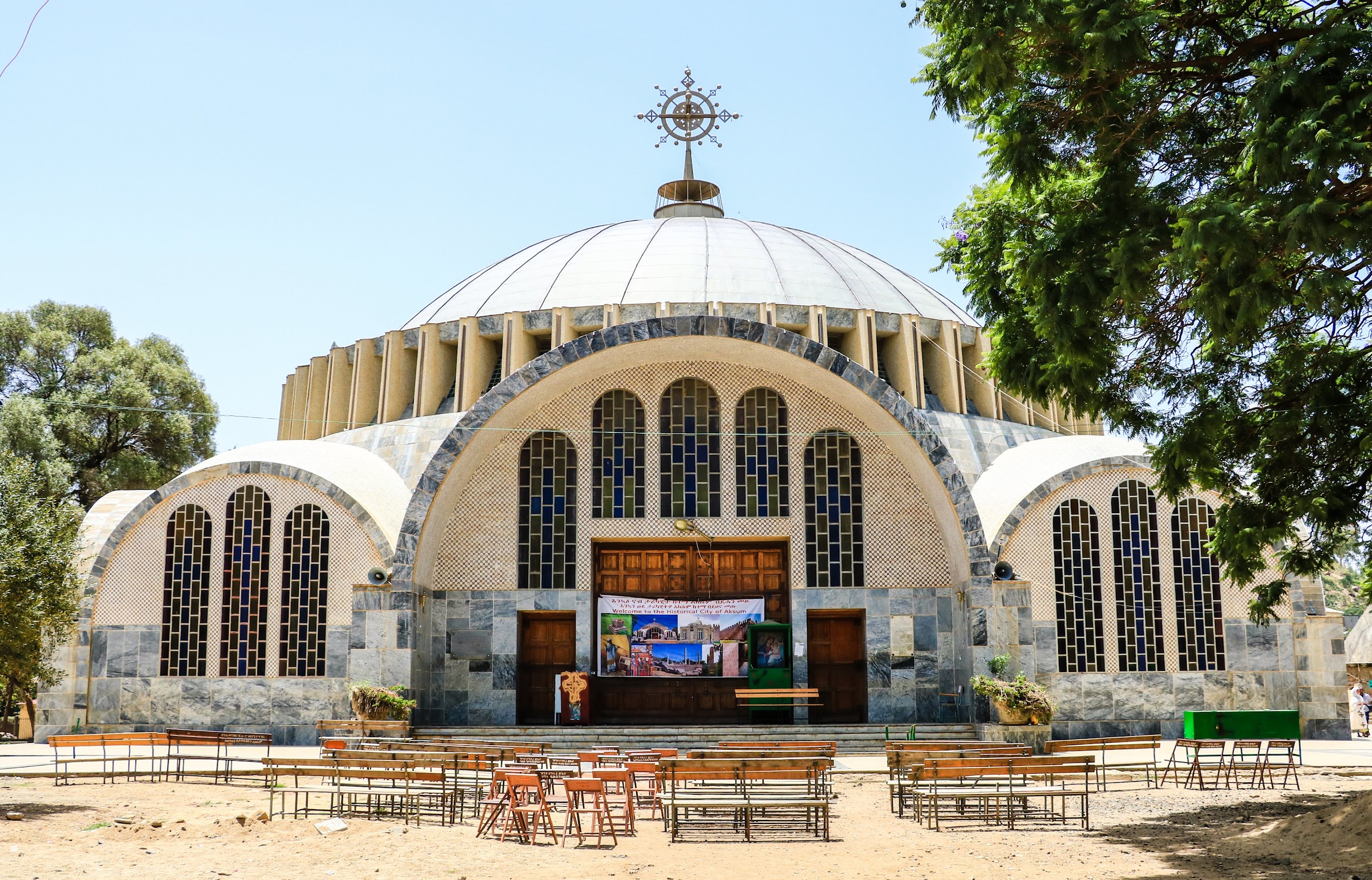 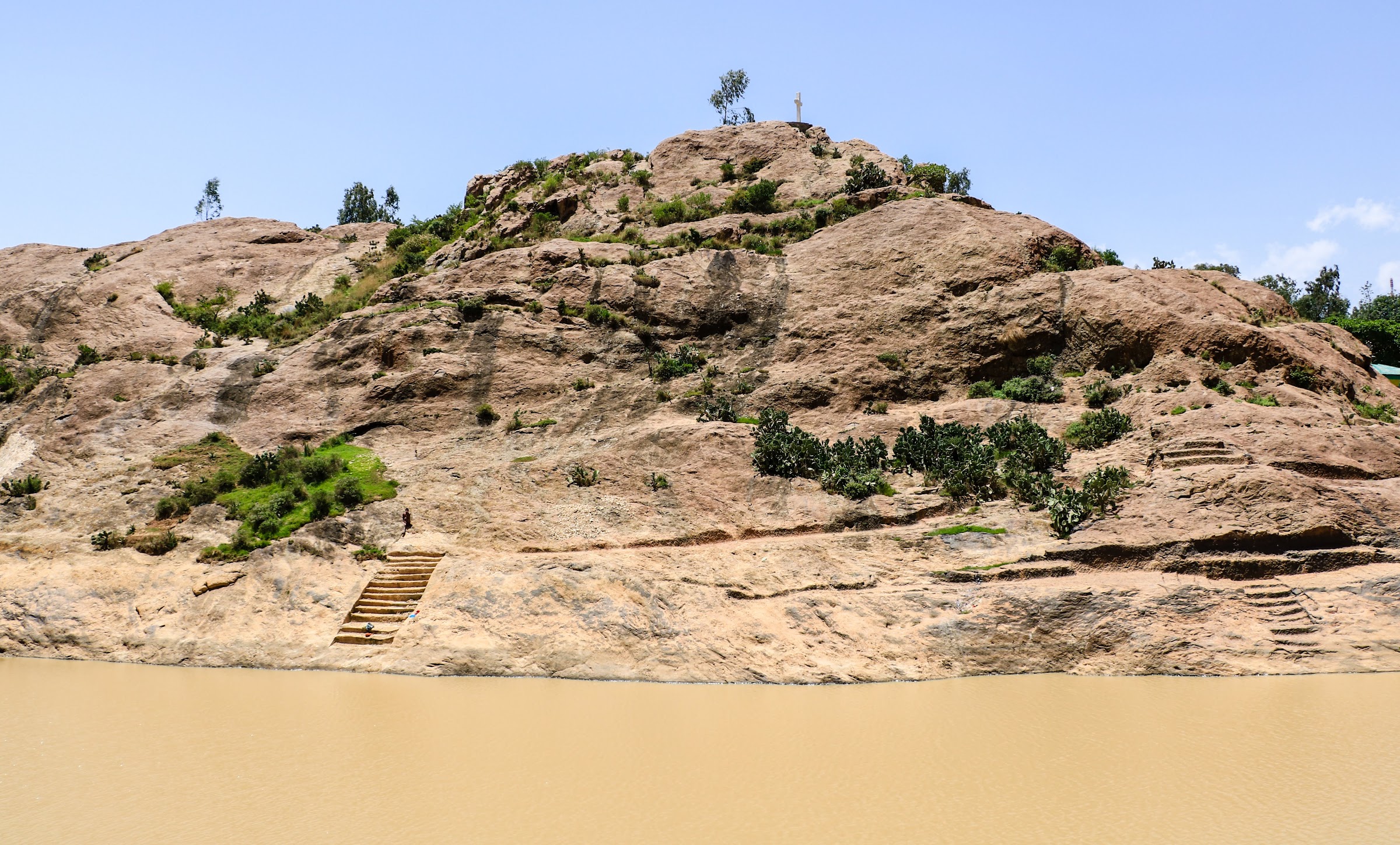 Further up the hill is the Trilingual Tablet, a big rectangular stone carved in three different languages which is apparently very ancient, but it has been well preserved and looks almost new. It’s a beautiful carving, with a lot of detail.

At the top of the hill, where the road is currently being rebuilt, is Kaleb’s Palace. It’s not really a palace, it’s a rocky ruin covering the two dark and mysterious underground tombs of Kaleb and Gebre Meskel. The guard will expect a tip if you interact with him in any way and you’ll probably be hassled the whole way up if you walk. 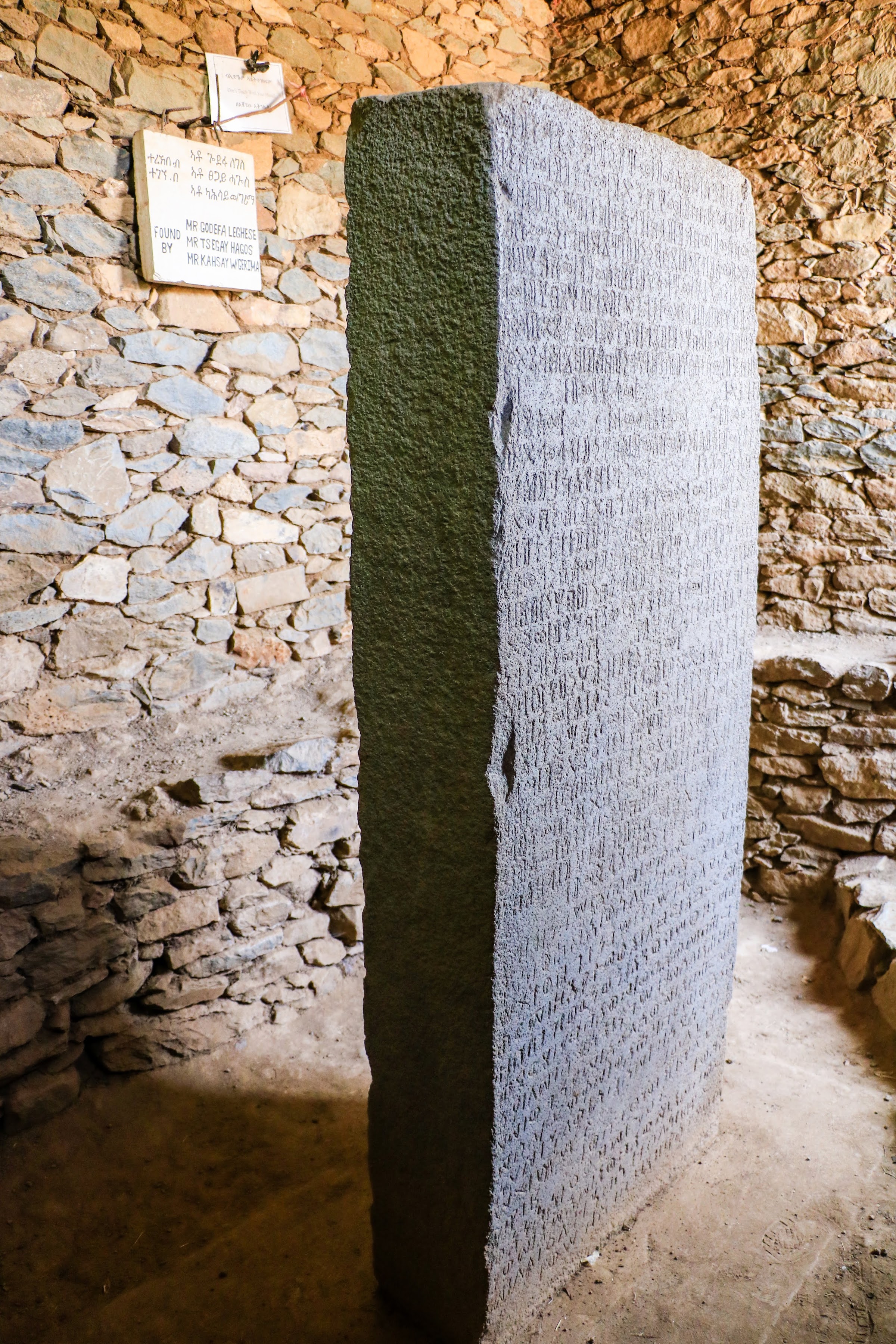 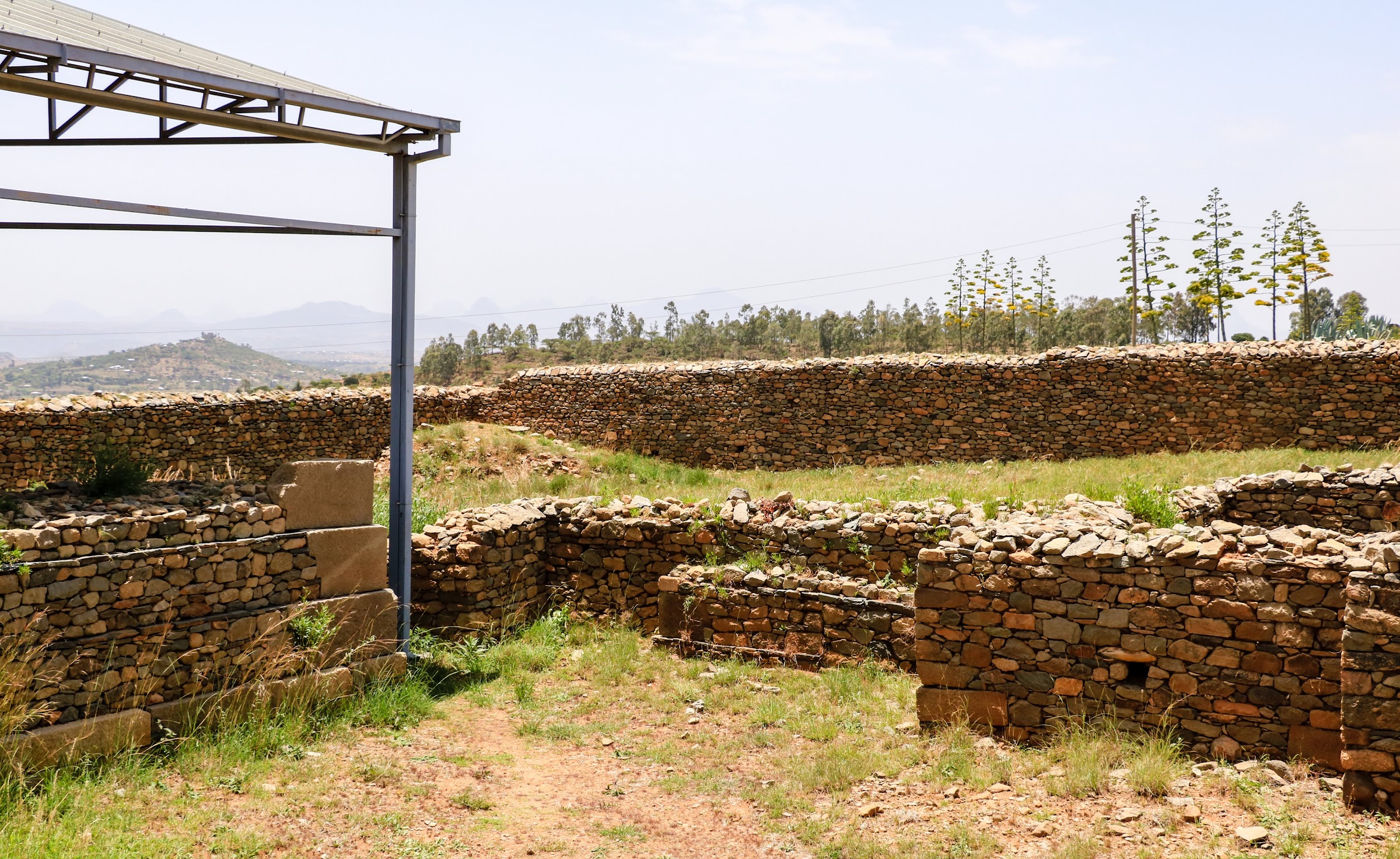 At the opposite end of town, a short drive west of the main stelae field, is Dongar, also known as the Queen of Sheba’s Palace. Again, it’s just a crumbled old ruin but much larger than Kaleb’s Palace, fun to explore and there’s a rickety old tower so you can view it from above.

The Gudit stelae field opposite is full of hundreds of smaller, plain stelae and maybe a few curious children playing a game and stopping every now and then to stare at the strangely dressed farangi who looks a little lost. 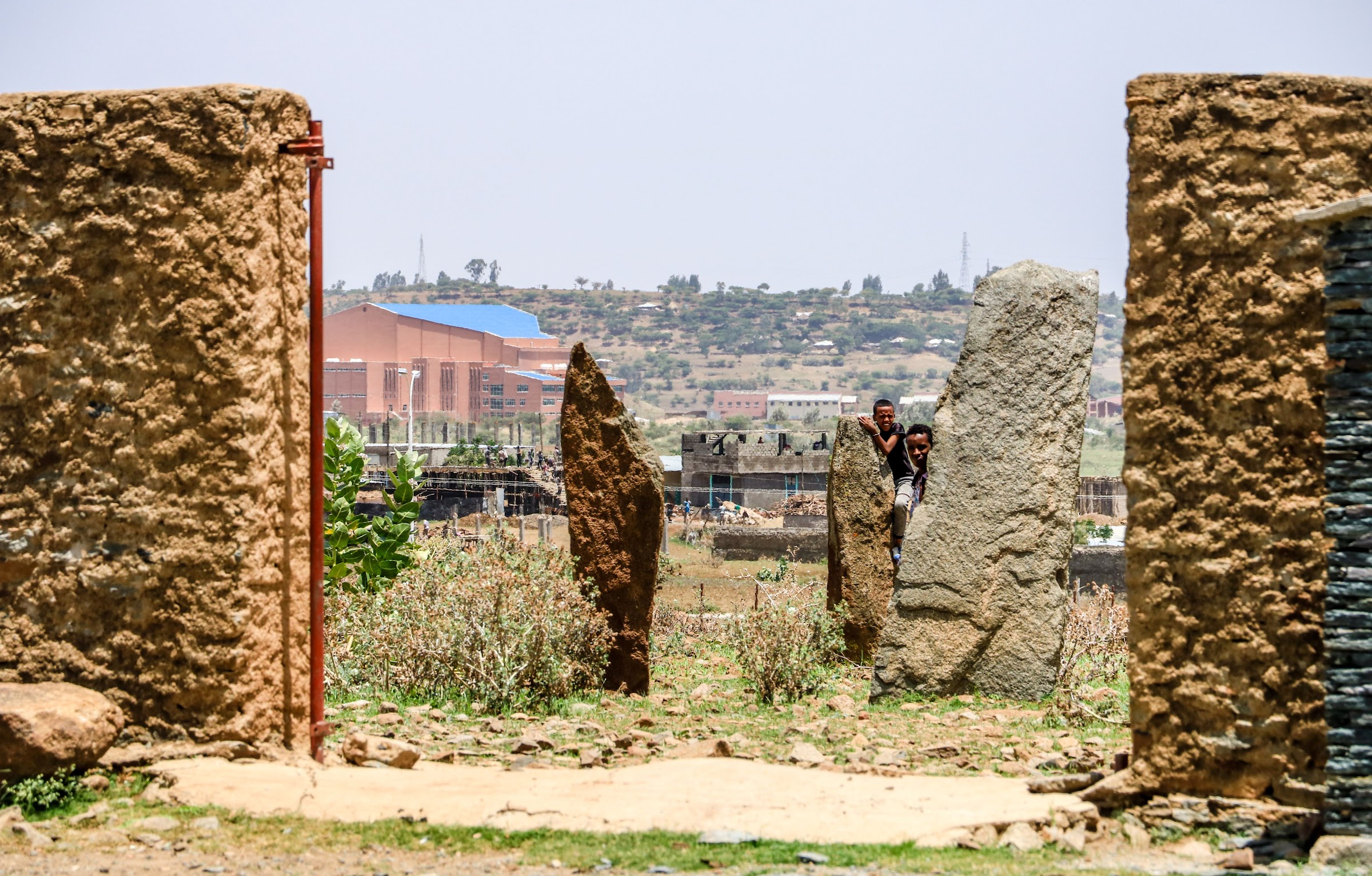 You have the option to visit more stelae fields, more tombs and more churches scattered about the countryside, but I only had a few hours and this was enough stone towers for one day. After a bit of drama at the airport with two different security guards deciding to empty my bag right down to my dirty knickers, I was on my way to the next adventure!