A safari has always been on my bucket list for the chance to see some big animals in the wild instead of caged in a zoo. My first experience was the Kgalagadi (pronounced kah-la-hadi) Transfrontier Park and it did not disappoint. You won’t find the Big Five here, but you’ll find lions, cheetahs, and leopards if you’re lucky, alongside giraffes, wildebeest and a billion springbok.

We entered the park around 5pm after a long drive west from Whitsand Nature Reserve. After checking in to the Two Rivers campsite we were allowed an hour-long sunset drive into the park before it closed at 6pm meaning we got our first glimpse of springbok, gemsbok and wildebeest. We also took a two hour guided night safari, with powerful spotlights in hand, which gave us the chance to see some of the nocturnal animals; African wild cats, black-backed jackals, Cape foxes, and civet cats. 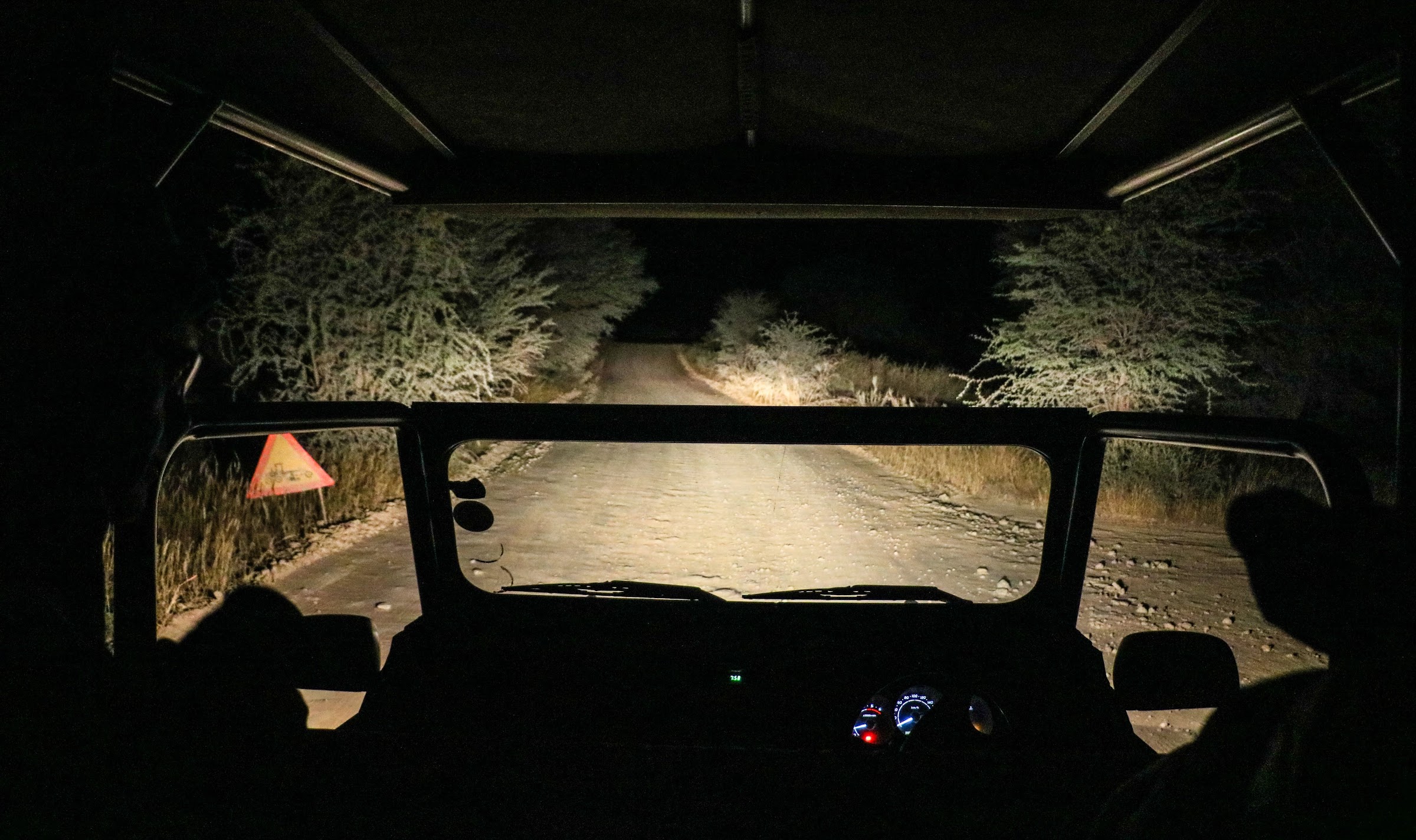 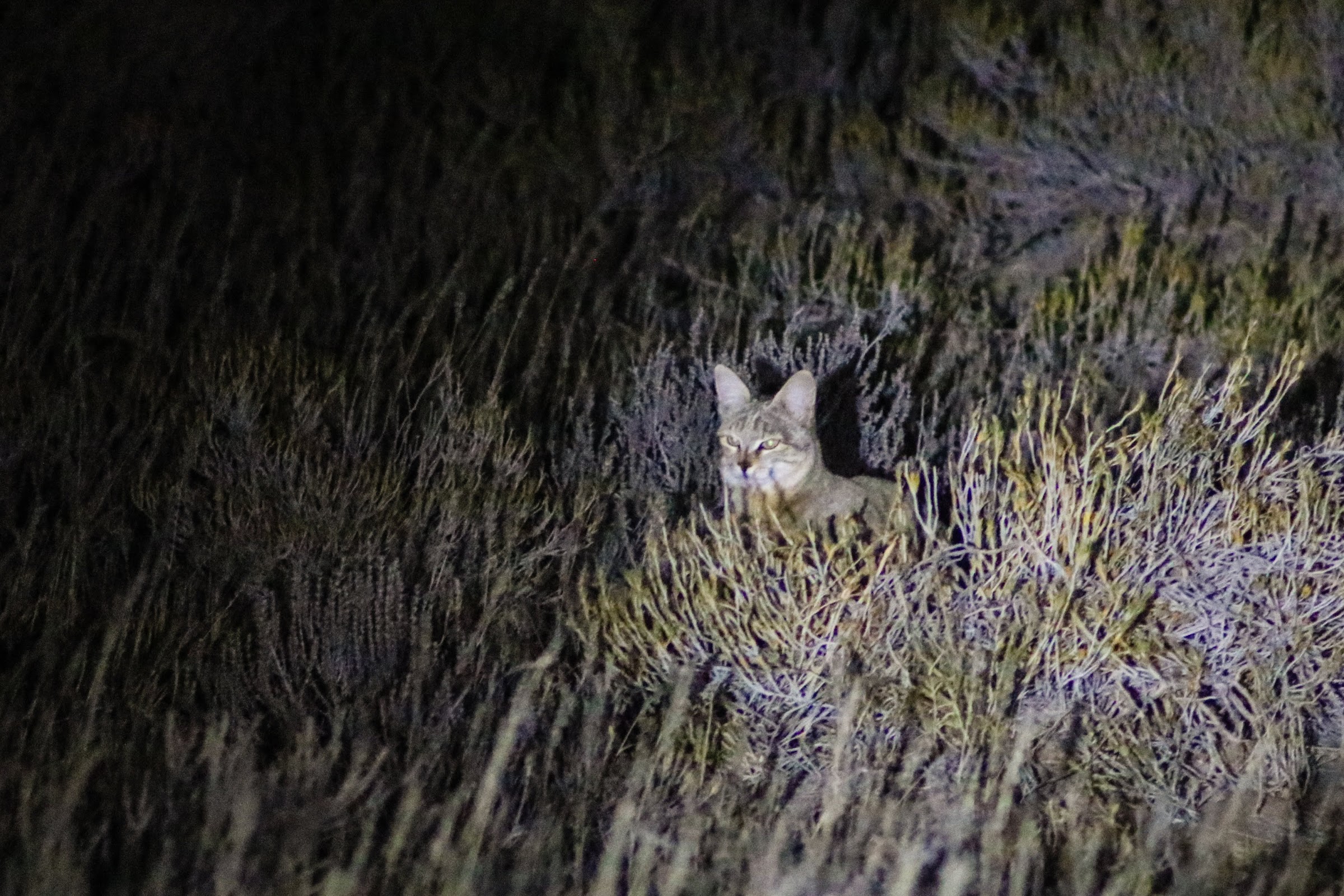 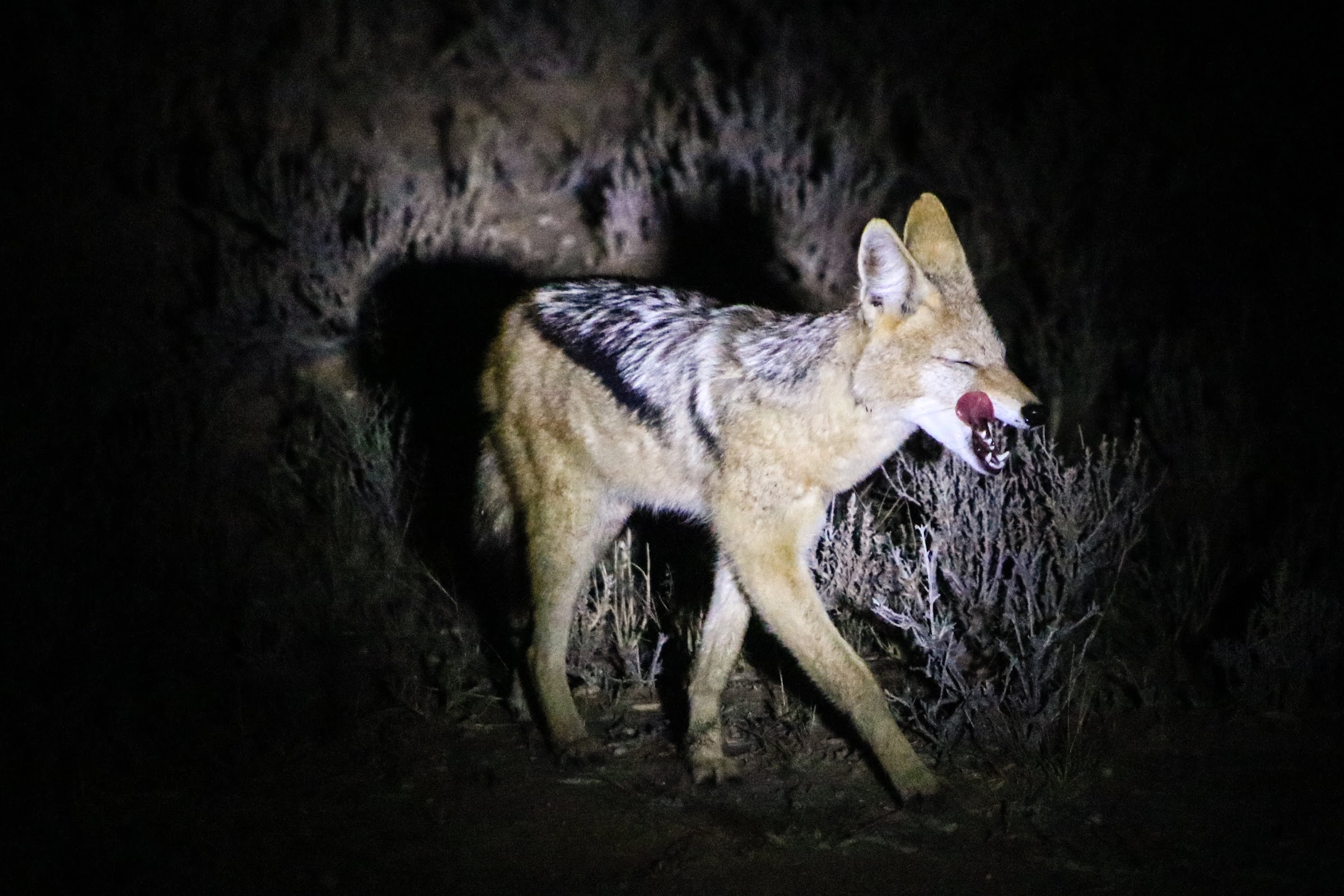 The next morning we were up as early as possible to get stamped out of South Africa and into the park by 7:30, when the gates open. They say dawn and dusk are the best times to see the animals but you’ll still have a hard job spotting anything that’s not moving, your best bet is to stop wherever you see other cars stopping. It’s all about being in the right place at the right time. 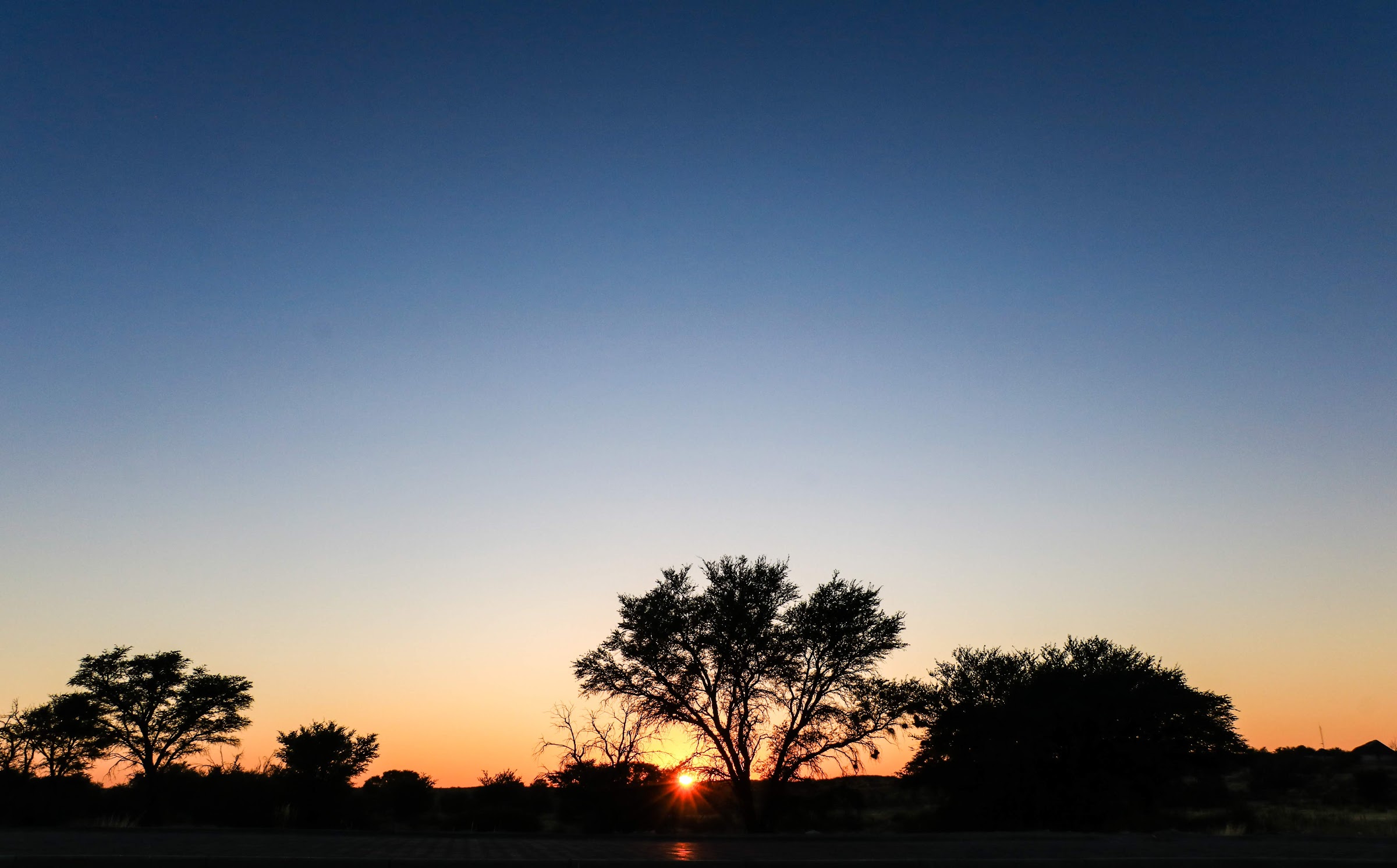 The first time we stopped we saw a lion just wandering across the road. It plodded up the hill to nap under a tree, we took a side road to get closer and he was almost completely hidden. Then we realised there was another lion just in front of us! We were parked maybe 10 feet away from him. We sat and watched him watch us, before he got up and disappeared into the bush. It was incredible to see two male lions so close.

Further into the park we saw cars stopped again but couldn’t see a thing until someone pointed out the pack of five cheetahs sat on the hill, very well camouflaged in the grass. We waited for a while and they slowly got up, moving one by one to the ridge of the hill to follow it as they looked for lunch. It was amazing to watch them move as a pack, each one looking in a different direction so they wouldn’t miss their prey. 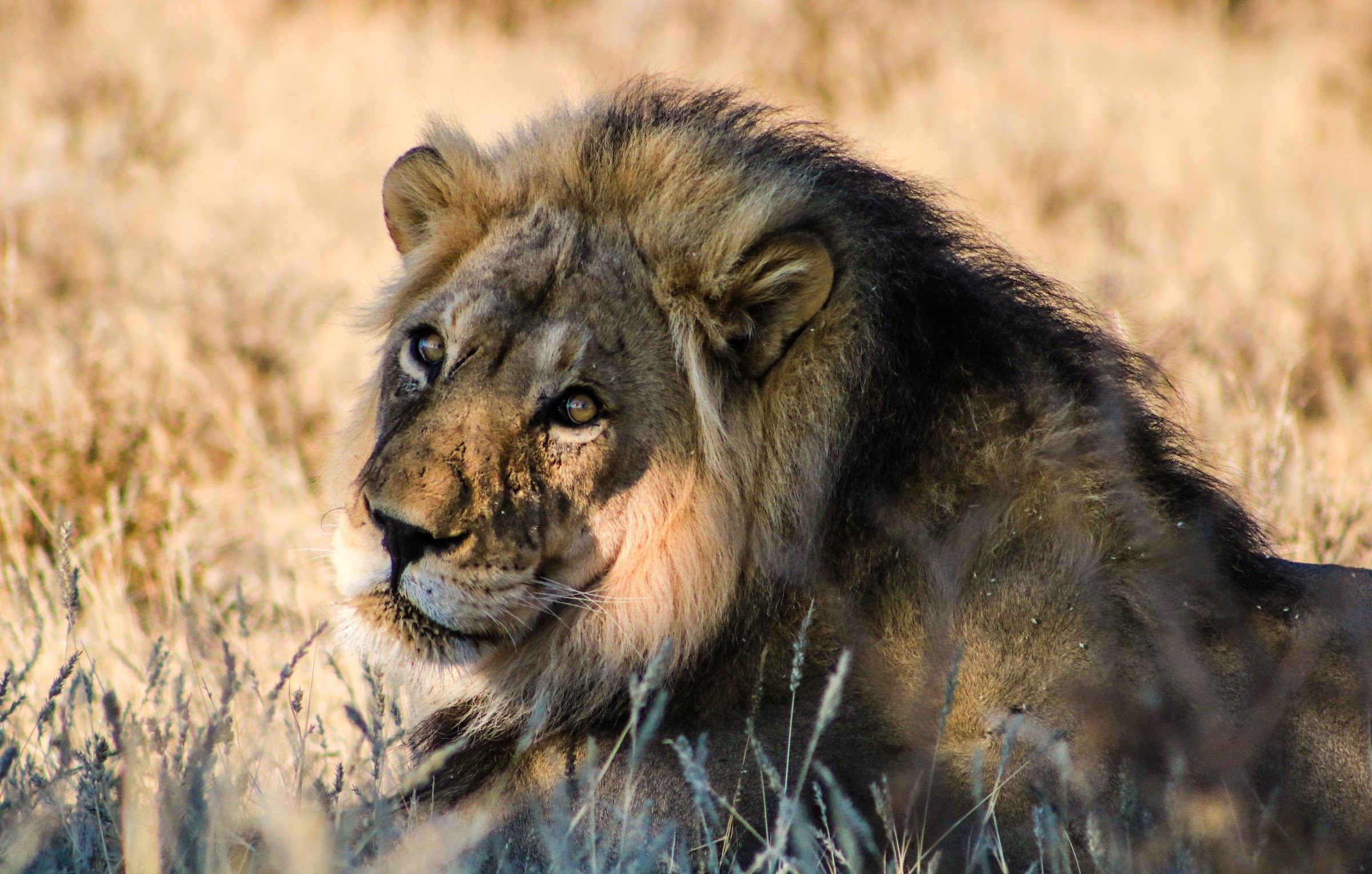 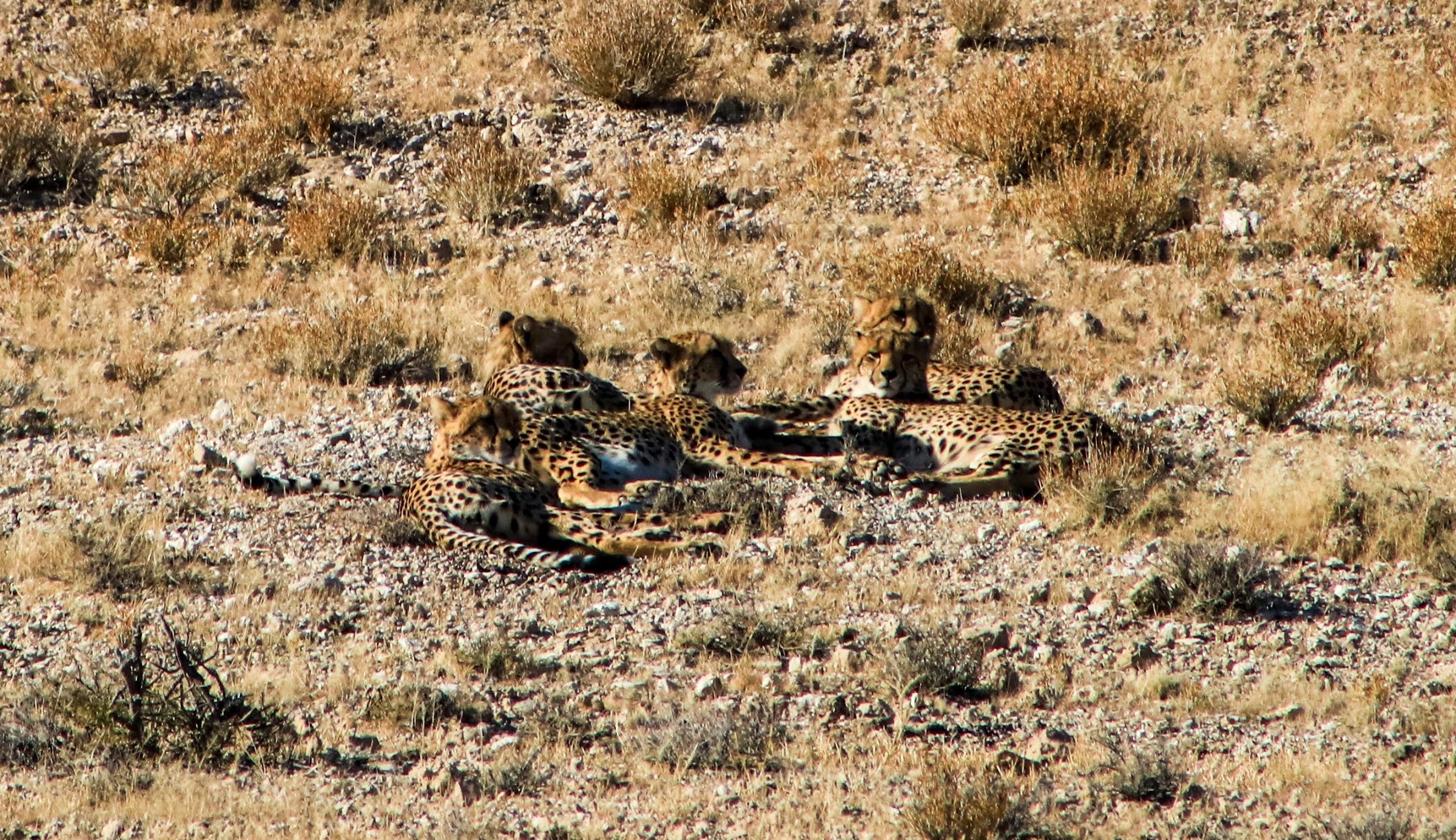 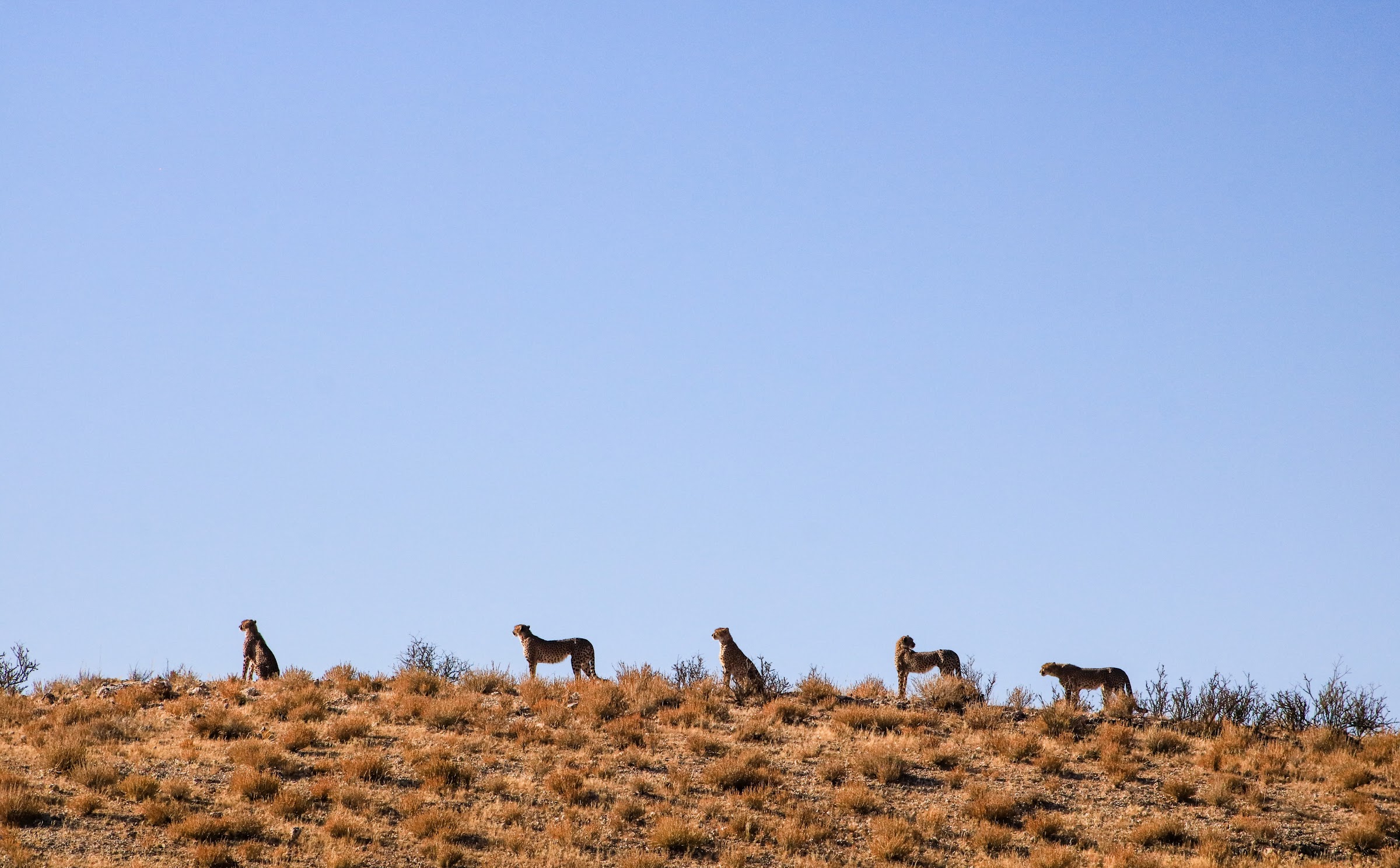 As we continued to drive through the park we saw plenty of strange birds and many large birds of prey. We saw a spotted hyena stalking past a small pack of gemsbok while they watched him warily and we saw hundreds of springbok, gemsbok and wildebeest. When the sun was at it’s highest we hardly saw a thing and spent that time driving across the park towards the Namibian border.

When we arrived to the other side of the park, after seeing nothing for so long, we spotted two sleepy lionesses, relaxing in the shade after eating the remains of a wildebeest lunch. We also saw a lonely warthog with no meerkat companion and probably a thousand more springbok, gemsbok and wildebeest. The big cats in this park certainly don’t have a shortage of food. 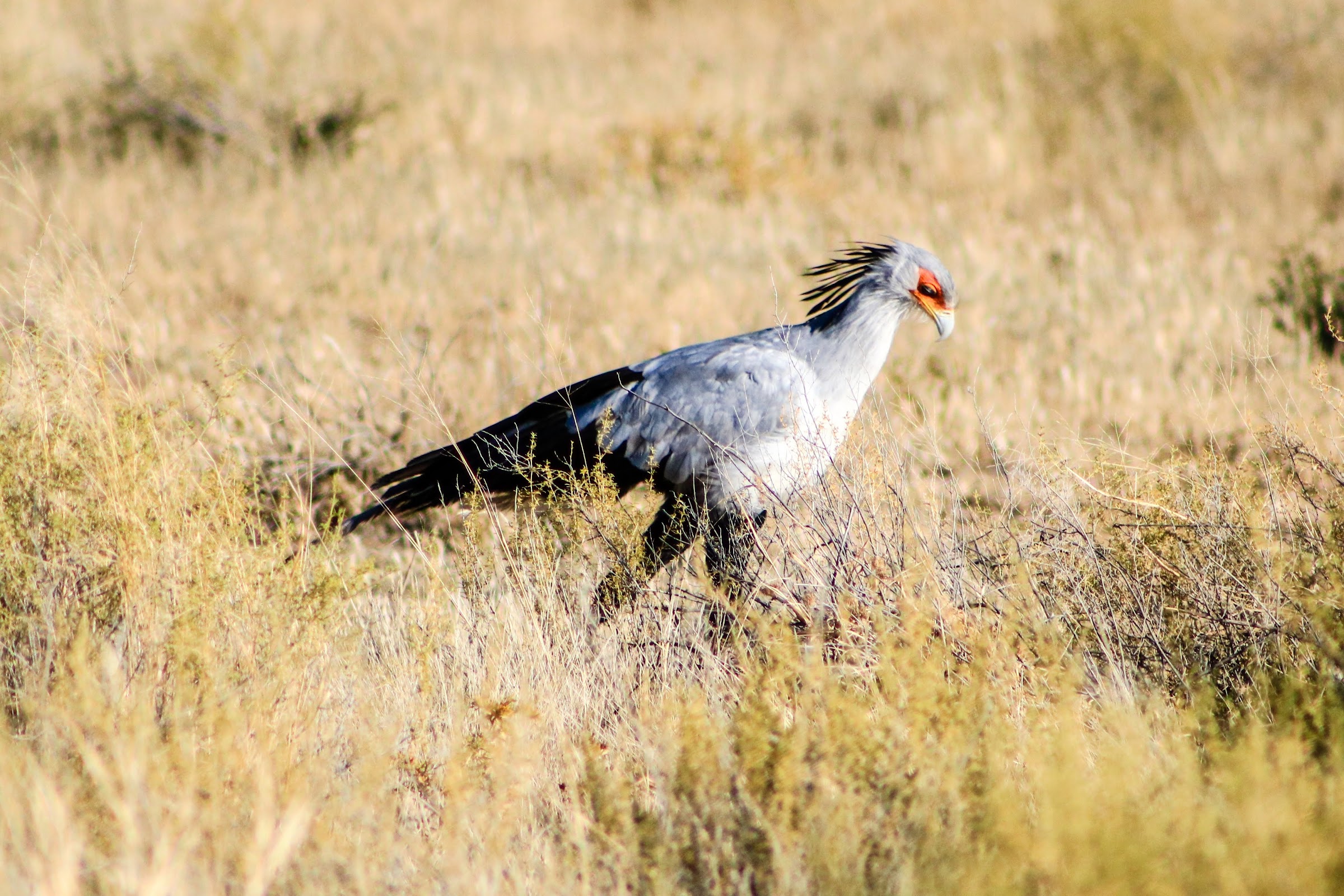 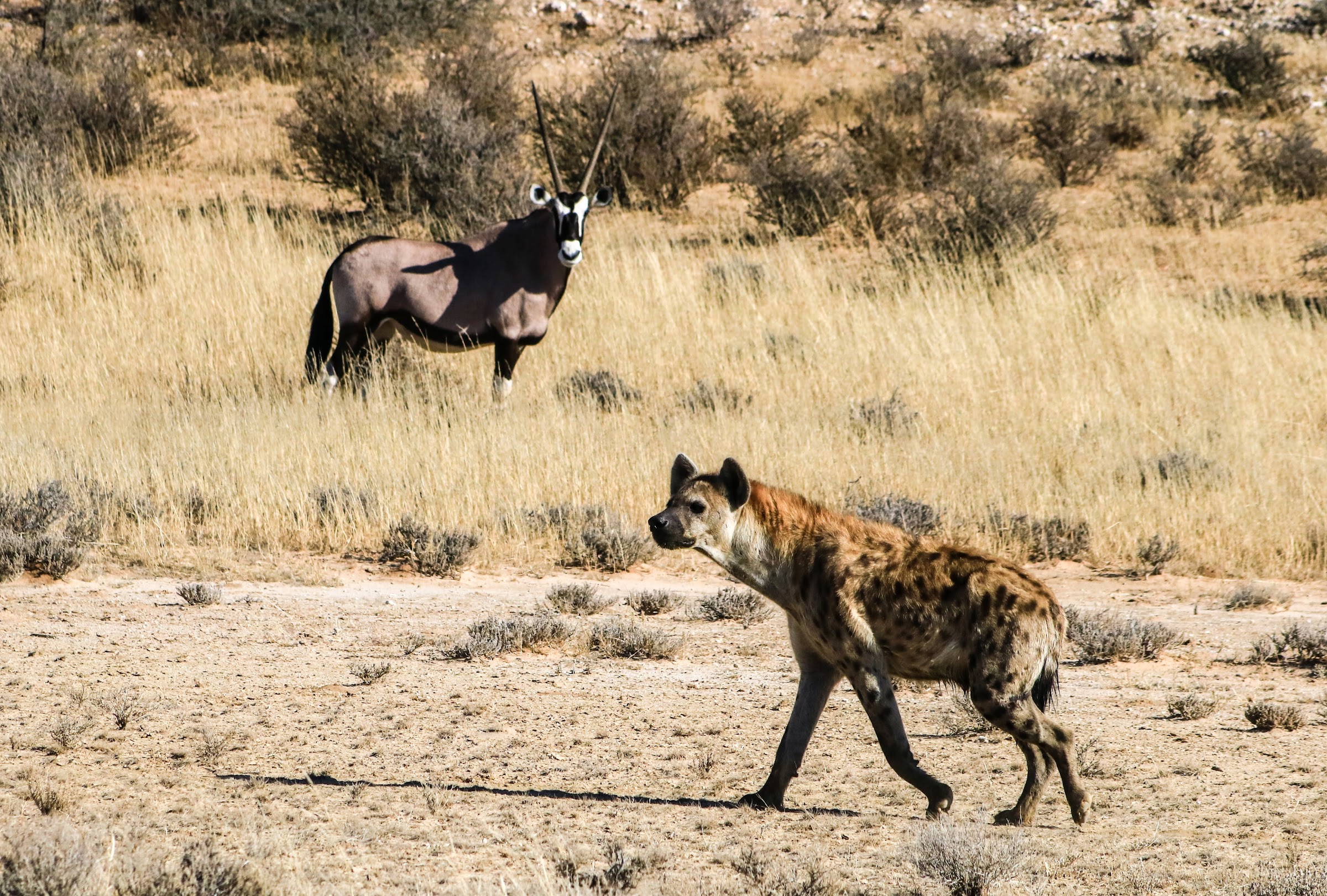 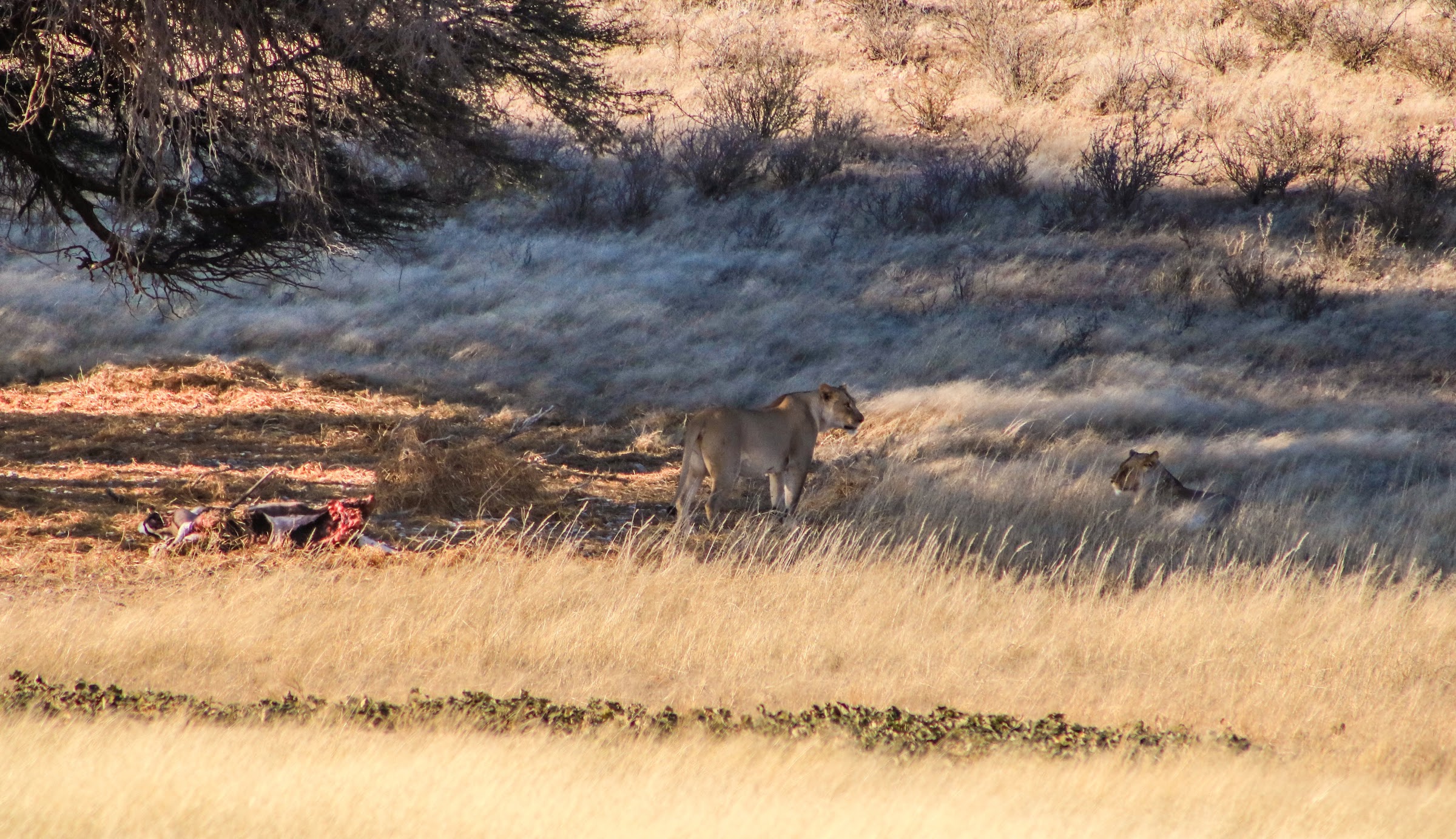 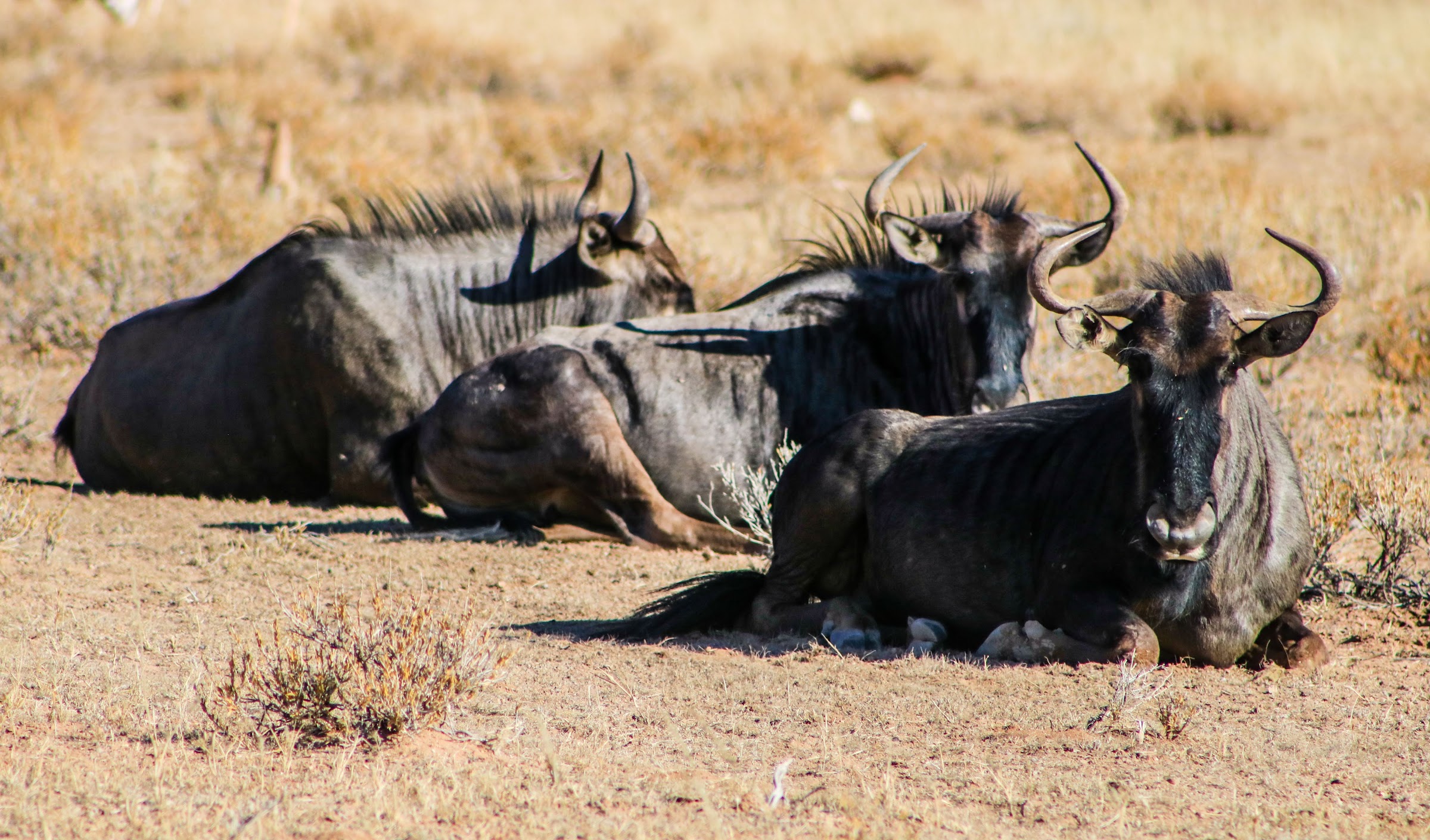 The highlight of the afternoon happened as we were leaving the park. The road split and we took the slightly longer route only to drive right past a giraffe. She was very close to us, keeping a wary eye on us as she ate and we left her in peace only to see a pack of giraffes on the hill beside us. We watched them for a time and as we drove on we spotted another herd of these graceful creatures with three babies in tow. It was the perfect end to such a wonderful day.

The Mata Mata campsite is a lovely spot, with plenty of room, big bathrooms and even a wildlife viewing platform that is lit up at night and overlooks a quiet corner of the park. To top an already perfect day off our camp was overrun by a huge group of meerkats running around to find a place to sleep and we had our first braai pack (sausage, kebab and lamb chop) cooked over the fire. 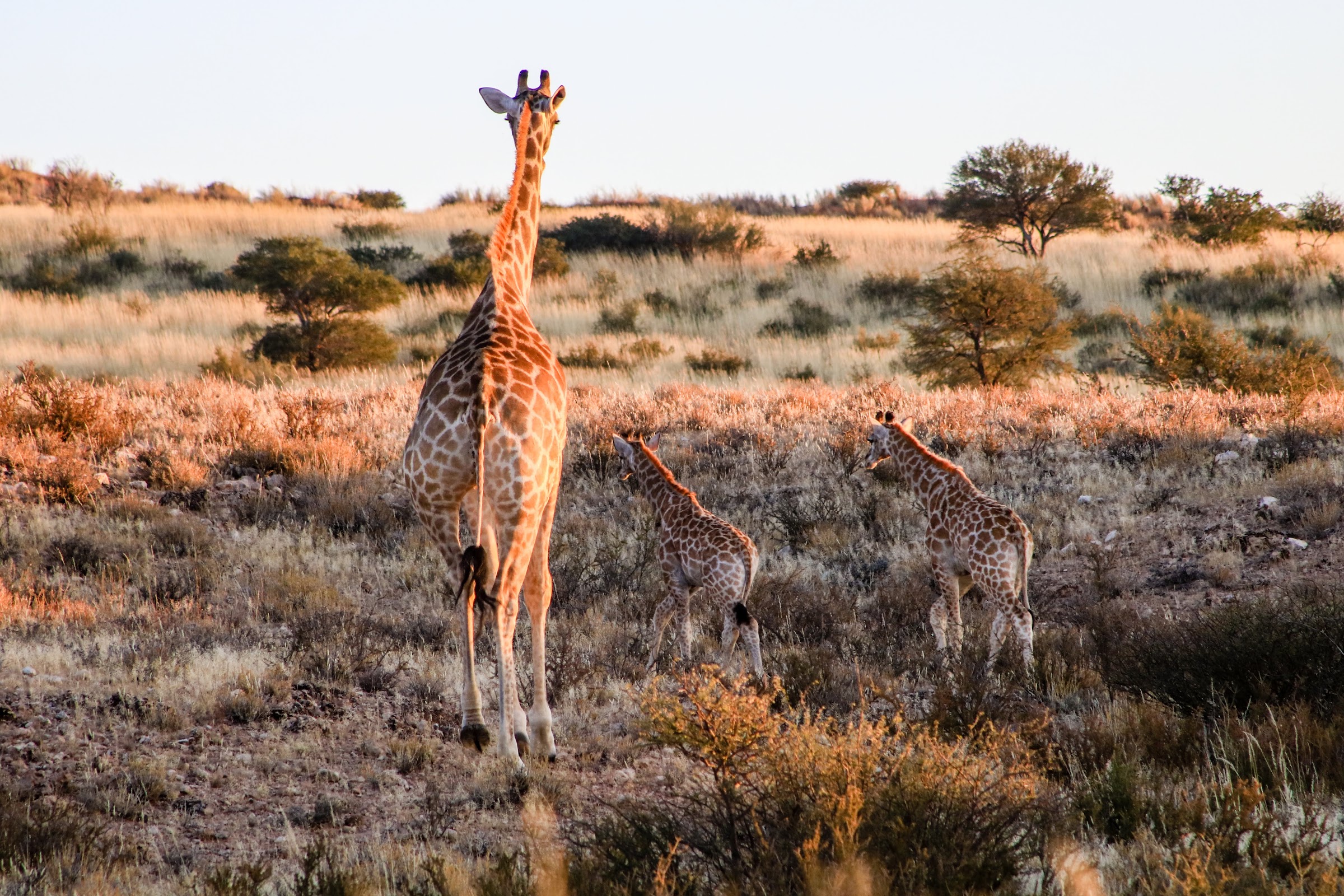 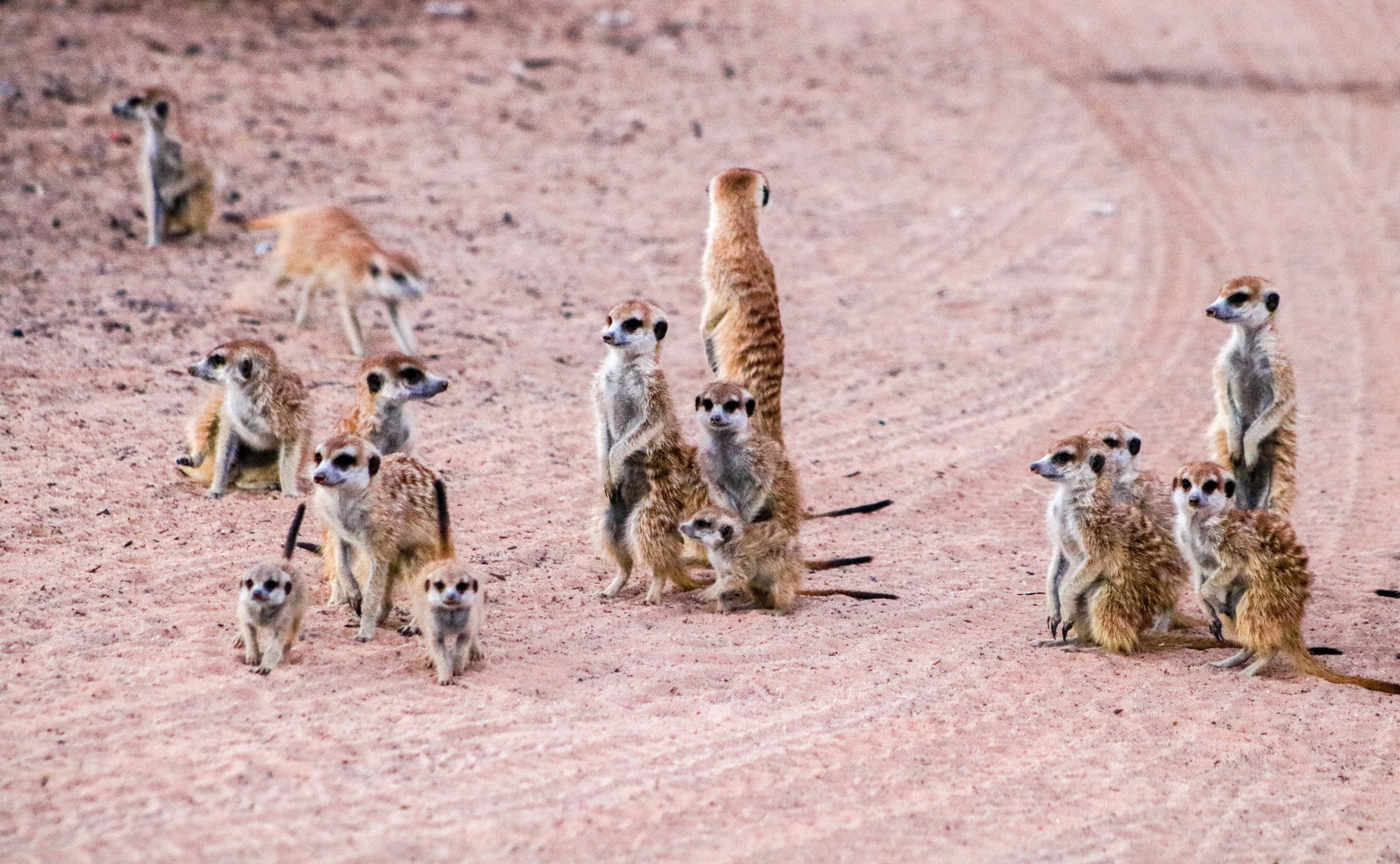 The next morning we had time for a short venture into the park again, I had small hope of seeing much so close to the campsite but we still saw more giraffes, an absolutely massive eagle, a vulture, and even an owl tucked away in the tree. I had no idea what to expect from my first safari, especially a self-drive without a guide, but I was not disappointed. We were lucky to see so much and I can’t recommend this beautiful park enough! 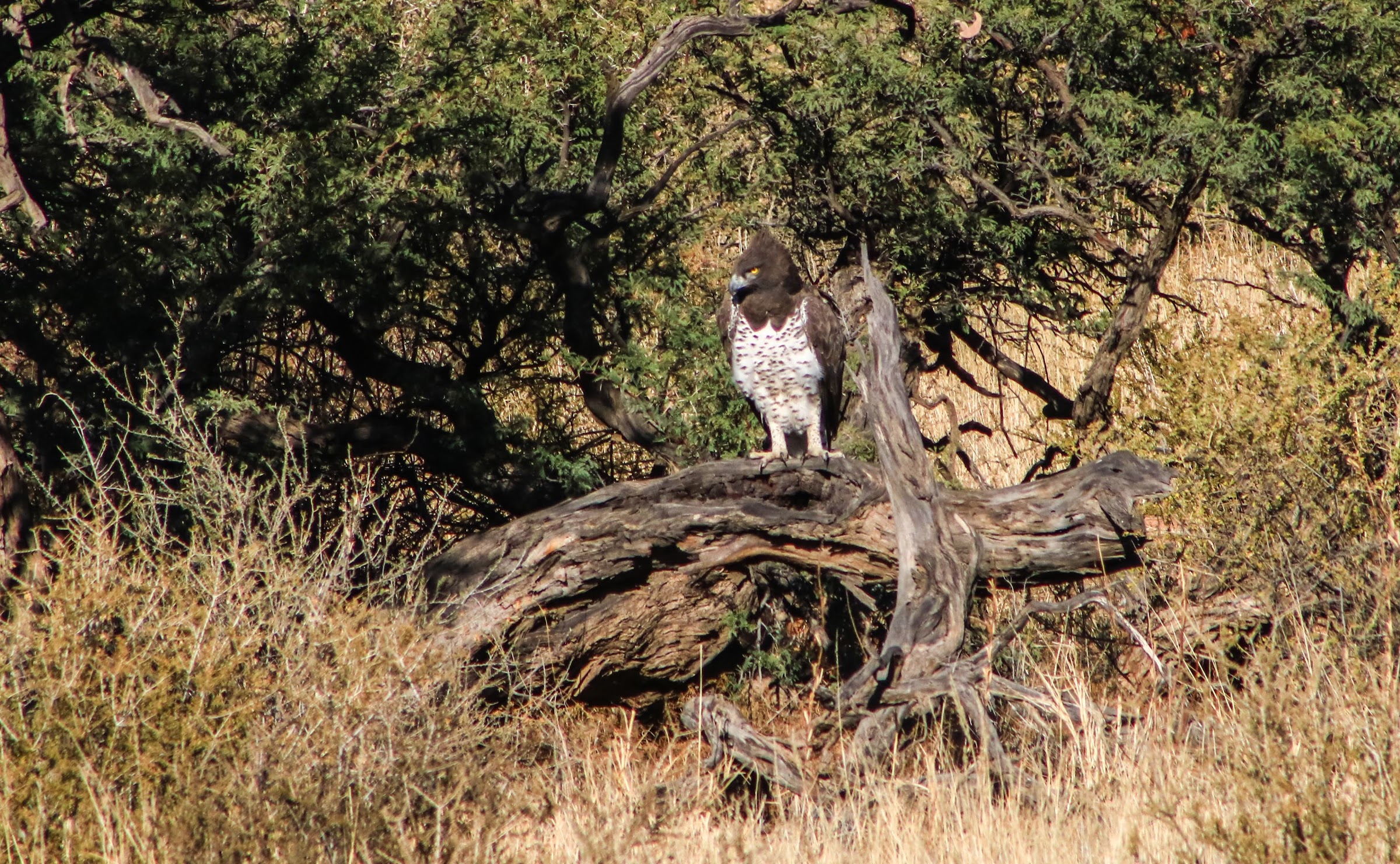 Park fees are R304 ($23) per person, per day and the camping was R305 per night. Our impromptu night safari cost about $30 each but I have no idea how much a full day’s game drive would cost if self-driving wasn’t an option. The roads are in great condition and self-driving is easy!

The only problem I have is with the fact that I left my brand new and super fancy puffy jacket behind, got in touch with them and they agreed to post it to me. I gave them different addresses in South Africa FOR TWO MONTHS and they just messed me around until I left the country and said it would cost me £60 to send to the UK. Screw you, Loretta, I hope you’re allergic to down.

One thought on “My first safari in the Kgalagadi Transfrontier Park”