The Skeleton Coast has always been on my bucket list, so I was pretty excited to drive a part of it. After our sand dune adventures in Soussosvlei, we packed up Bucky and hit the road again. We chose to avoid the capital city of Windhoek, driving around it to arrive at the adorable seaside town of Swakopmund.

Here we stopped for lunch, having the best pizza we’d tasted in a while at Bits ‘n Pizzas and washing it down with a cider. We tried to go shopping, but like some towns in Germany, the shops closed at 1pm on a Saturday. We settled for a walk along the wooden pier and an icecream on the beach. 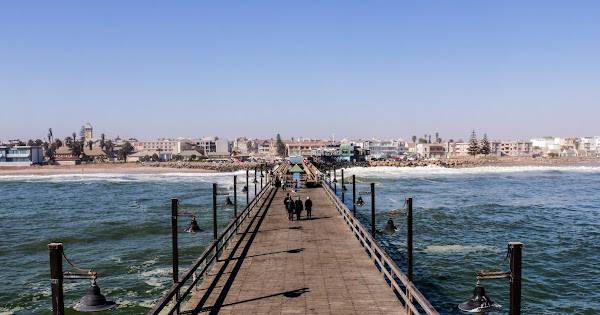 As we continued our drive north we passed by many fishing spots and eventually our first shipwreck! The tide was in, meaning the rusty old boat was half-submerged, but it was still incredible to see and looked like it happened relatively recently. The Zeila ran aground in 2008, it’s now home to hundreds of Cormorants.

After a fierce sunset, we spent the night at Cape Cross Lodge, It’s a lovely resort with a cosy restaurant and bar, but we were camping outside in Bucky. It was windy, the smell of the ocean was strong, and I was happy to fall asleep to the sound of the waves crashing. We even had WiFi which was a real privilege! 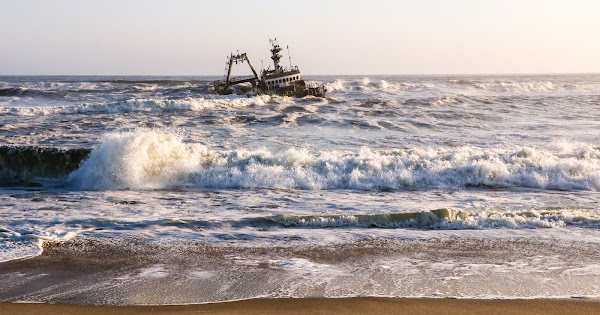 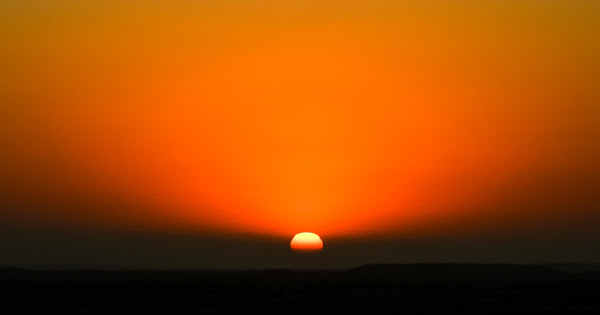 The next morning we made our way to the Cape Cross seal colony, the gates open at 8am and it costs N$80 ($6). As we pulled up into the carpark we could see a humongous herd of seals completely surrounding the wooden boardwalk, and I’ve heard they can be very aggressive on land. Bit sketchy?

When we opened the doors the stench hit us like a ten-ton truck, a mix of rotting fish and animal waste, honestly the worst thing I have ever smelled. The noise was deafening, the sound of 60,000 seals barking (do seals bark?) to each other. We got up the courage to slowly walk through the crowd, climbed onto the boardwalk and walked the full length of it.

The seal colony is immense; they lie about baking in the sun, flopping their way down to the sea or swimming in the waves. They’re cute in a weird sort of way, especially the pups, but the bigger males were quite aggressive towards each other, luckily they barely even notice us and most were just plain lazy. 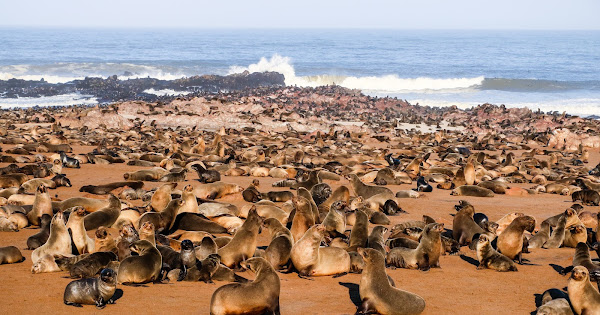 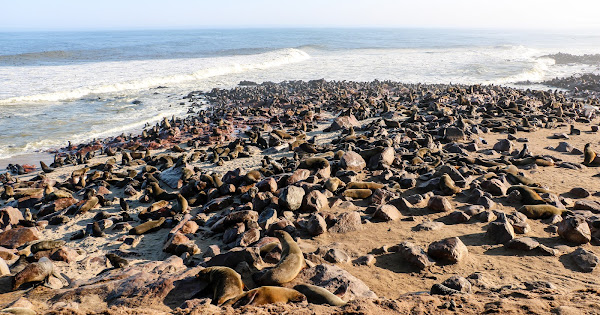 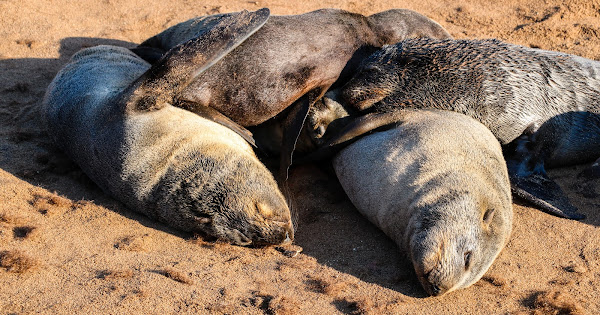 Once we had walked the boardwalk and the smell had become too much to handle (oh, and also my new bloody camera broke, thanks Canon), we hopped back in the car to hit the road again, stopping to buy a giant rock crystal on the side of the road from the nearby salt mines to send home.

We officially entered the Skeleton Coast National Park after a few hours in the car but didn’t stay inside for long as we were heading east towards Etosha. We had one more easily accessible shipwreck to see, this one up on the sand, a bare skeleton of The Dunedin Star which ran aground in 1942, crusted in rust and draped in seaweed. It was pretty neat. 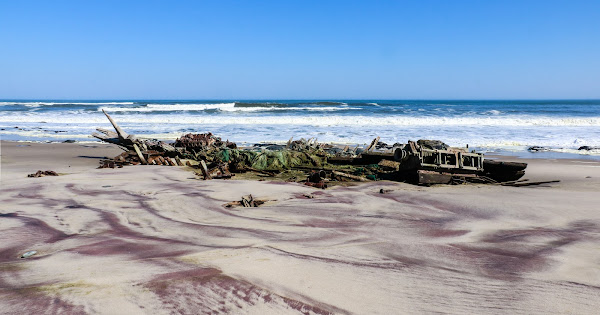 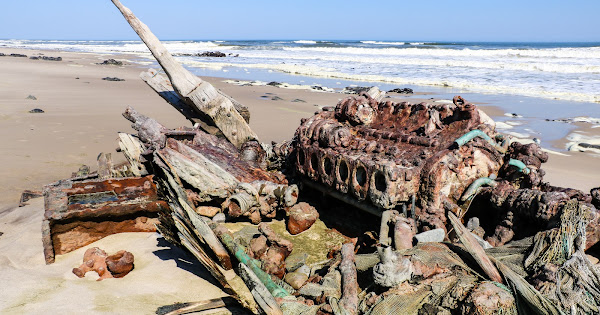 I was sad to say goodbye to the ocean, but more than happy to be getting into Etosha National Park, another chance at seeing some big cats, and hopefully even some elephants!

One thought on “Shipwrecks and seals along the Skeleton Coast”