When you think of Russia, what’s the first thing that comes to mind? Ok, it’s probably either vodka or snow… But I’m sure most of you have heard of the Moscow Kremlin and the most famous onion-domed cathedral of them all, St Basil’s.

I spent three days in Moscow and while it’s not as compact and easy to navigate as St Petersburg, it’s still an essential stop on your visit to Russia. If you’re pushed for time you can see the highlights in a day, but I’d recommend spending at least three days here to make the most of it!

I stayed at the perfectly located Nereus Hostel, so I was only a 10-minute walk from the Moscow Kremlin. I recommend getting up early and being at the gates when they open at 9am so you can avoid the busiest part of the morning, it fills up with coach loads of tourists by 11am. Tickets for the Kremlin and its Cathedral Square cost 500R ($7), you can pay an extra 250R ($4) to climb the Ivan The Great Belltower (definitely recommend this), and tickets to the Armoury cost an extra 500R.

As you enter the main gate you have the modern Kremlin State Palace to your right and as you pass through an archway of the Church of the Twelve Apostles you’ll find yourself in Cathedral Square, surrounded by white marble and golden domes.

You can climb to the top of the Ivan the Great Belltower and you can go inside the Cathedral of the Archangel, the Cathedral of the Annunciation, the massive Assumption Cathedral and the tiny Church of the Deposition of the Virgin’s Robe. You’re not allowed to take photos inside any of them, but I didn’t realise this and managed to get one before I got told off! 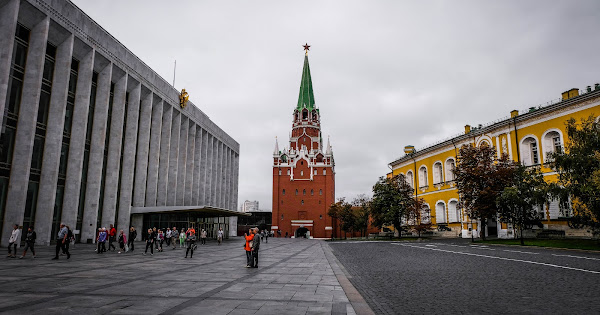 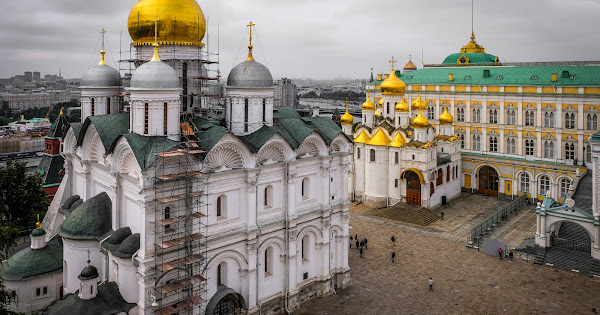 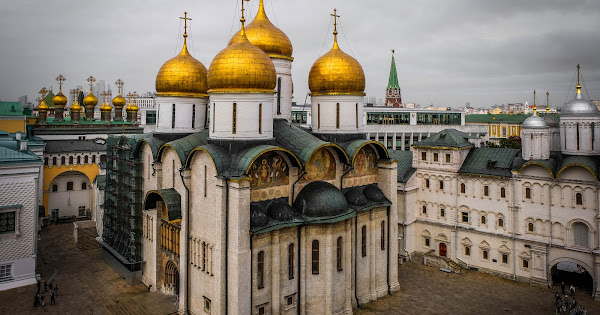 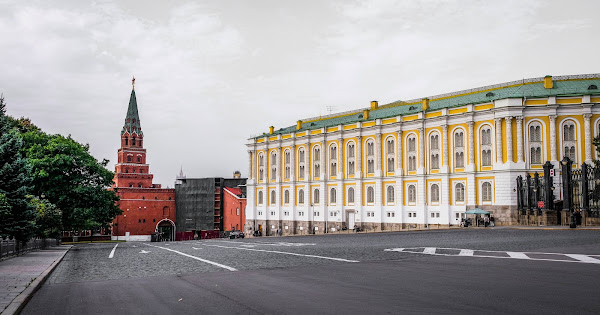 If you leave the Kremlin by the east gate you’ll find yourself in the south corner of the Red Square, opposite the magnificent St Basil’s Cathedral. Seeing such a famous landmark in person is pretty amazing! You can pay to go inside, it costs 700R ($10, half price for students) and I expected a big open cathedral like the rest of them, but I was pleasantly surprised with many small rooms, winding corridors and dark decor.

The grand building running along the southeast side of the square is GUM, a massive department store for the wealthy, you’ll find brands like Prada, Louis Vuitton and Burberry. To the northwest of the square is the dark red State Historical Museum which costs 400R ($6) to enter, it houses a nice collection but after a visit to magnificent Hermitage, I found it quite boring. 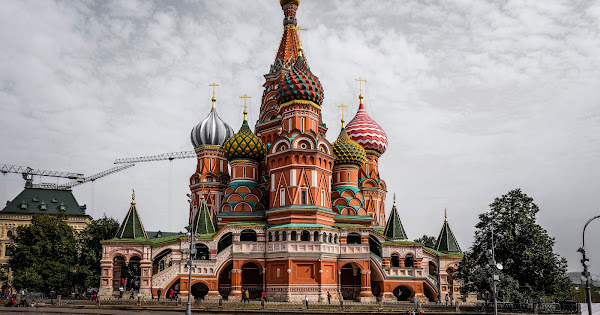 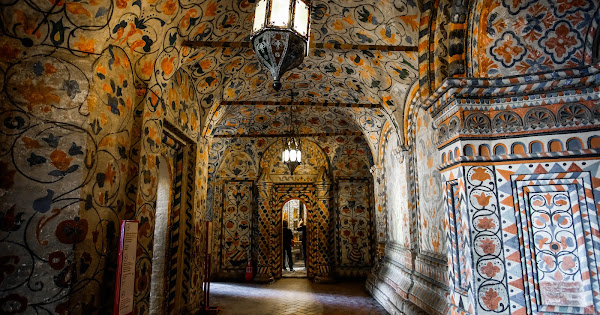 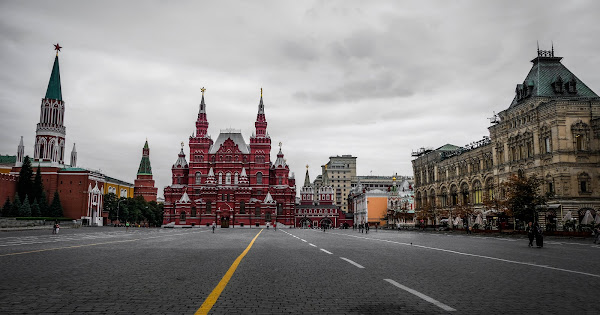 Along the Moskva River

The other highlight of central Moscow, for me at least (I loved the architecture too much to be sick of it), was the absolutely stunning Cathedral of Christ the Saviour. It stands on the banks of the Moskva River, you can climb to the collonade for 400R ($6, half-price for students) which rewards you with wonderful panoramic views of the city and the interior is gorgeous, I think it’s the most beautiful cathedral I visited in Russia.

From here you can cross the bridge and follow the river south, past the giant statue of Peter the Great to Gorky Park, it’s a really nice place to be on a sunny day. Further along the river is the much quieter Swallow Hills park, with a soon-to-be cable car that will take you up to the dramatic Moscow State University, one of seven similar skyscrapers throughout the city, and the view from here is wonderful. As you take a bus back to the city, you can stop at Arbat Street, one of the main shopping sections of Moscow. 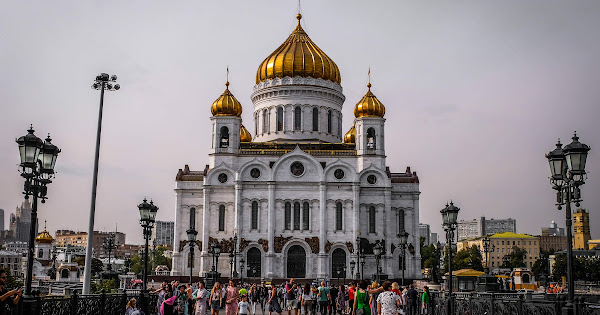 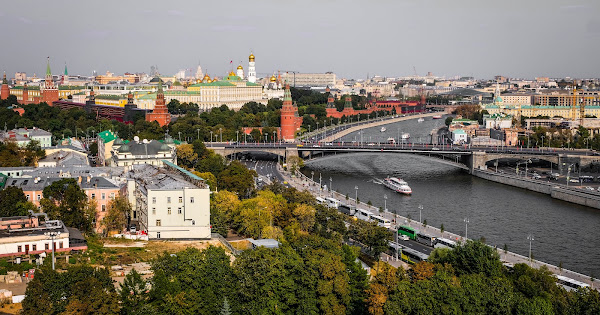 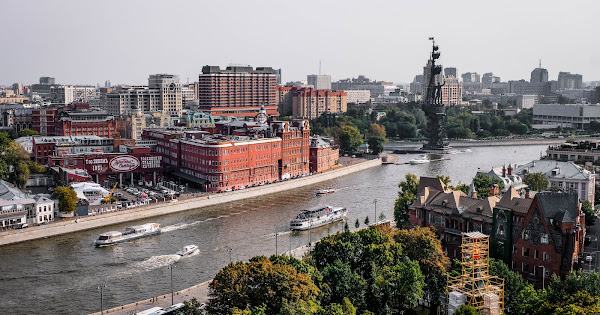 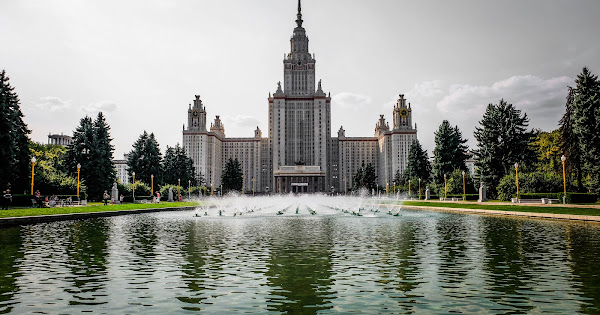 Outside of the city

If you’re sick of the city and want to get out of it for a while, head south to the massive Kolomenskoye Open Air Museum where you can stroll through endless gardens and visit the Alexei Mikhailovich Palace, the Church of the Ascension and the Church of our Lazy of Kazan. Sit on the hill overlooking the suburbs and watch the sunset with a cold beer. 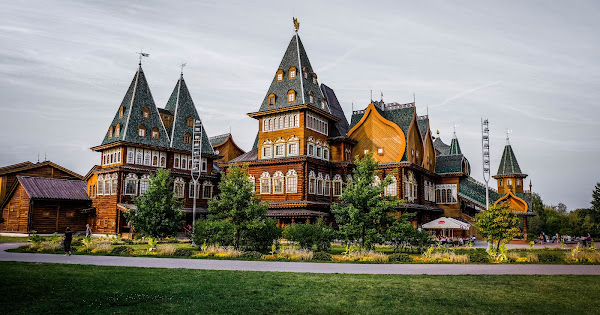 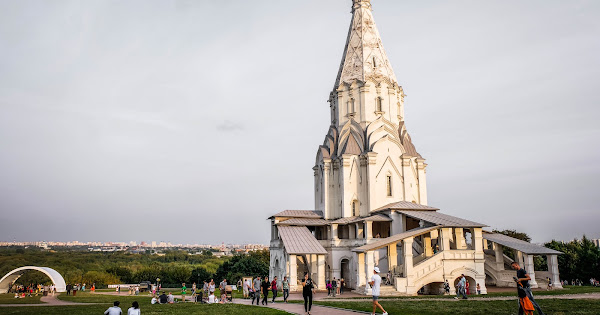 The last thing I can really recommend for Moscow is a metro tour. Certain stations are more like tiny palaces, churches or art museums. You can join a guided tour for around $10 but they go at the busiest times, it’s much better to go by yourself either very (very) early in the morning, between 11am and 2pm, or the last thing at night and a single metro ticket only costs 55R (85¢)!

Most of the prettiest metro stations are conveniently located on the Circle Line: the stained glass windows of Novoslobodskaya, the regal Park Kultury, and the colourful frescoes of Kiyevskaya. Some exceptions are the art deco Mayakovskaya (dark green line), the golden Aviamotornaya (yellow line) and the futuristic Elektrozavodskaya (dark blue line). You can pick up a Troika card for your stay or buy individual tickets for each journey, and you can plan your route using either Google Maps or the Yandex.Metro app. 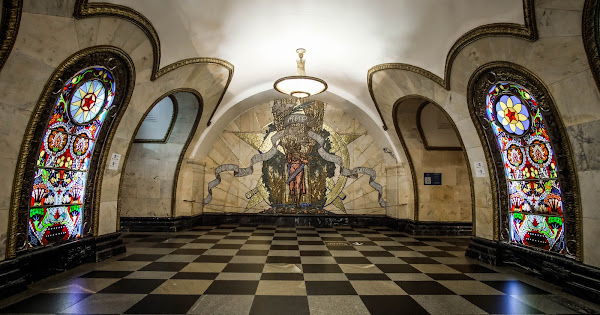 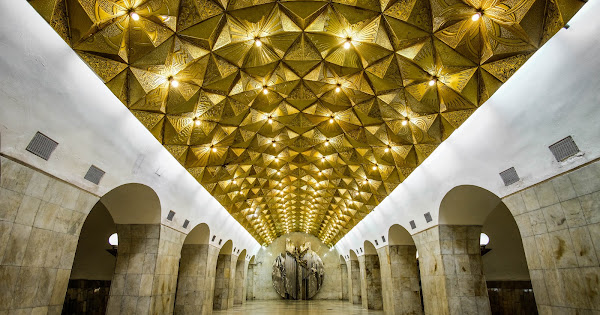 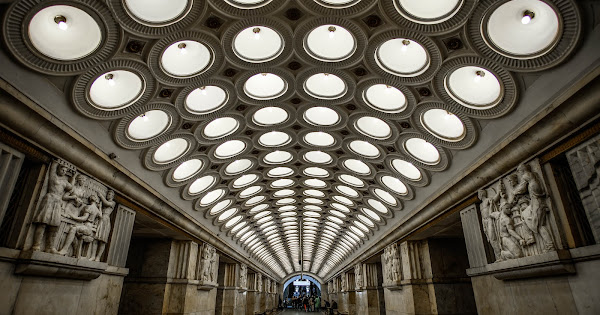 That sums up my three days in Moscow! It’s a gorgeous city and I had so much fun but it involved a lot of walking. Public transport is great in Moscow and you can rely on Google Maps to get you from A to B. There are a lot of good bars and restaurants to choose from, but the hostels will usually have a kitchen if you’re on a budget and need to cook for yourself.

If you’ve seen Moscow’s highlights and have some free time, why not consider taking a trip around the Golden Ring?

If you’ve been to Moscow and have any recommendations, or if you’re thinking of visiting and have any questions then feel free to leave a comment below.