Just like Iceland’s Golden Circle or India’s Golden Triangle, Russia’s Golden Ring shouldn’t be missed. It’s a loop that gives you a taste of quiet village life, ancient history, and more onion-domed churches than you can stand. You can start or finish in Moscow, and visit any of these 7 towns on your way to or from Vladimir, taking a mixture of trains and local buses. It’s cheap and easy to go on your own, or you can book a tour from Moscow.

This will be your first stop on the Golden Ring if you’re leaving from Moscow and it’s only an hour on the train from Yaroslavsky Rail Station. Accommodation is pretty limited, so if this is the only place you’re visiting I’d recommend a day trip instead. I stayed at Hostel on Kooperativnaya 35 and it was one of the weirdest places I’ve ever stayed, it felt like I was staring in the new Hostel movie.

The highlight of Sergiev Posad is the 14th century Trinity Lavra of St. Sergius monastery complex. It’s the most important Russian monastery and the spiritual centre of the Russian Orthodox Church. Entrance is free, except for the museum, and there are a few gift shops as well. You can see the towering blue and white belfry, the blue and gold onion-domed Cathedral of the Assumption and don’t miss the interior of the Church of Sergius of Radonezh.

Just down the road from the monastery is the very cute Church of the Great Martyr, and if you climb the tiny Blinnaya Hill you’ll get a wonderful view of the Lavra with its signature onion domes. This place was particularly magical, having just read The Bear and the Nightingale, featuring the Lavra as it used to be. 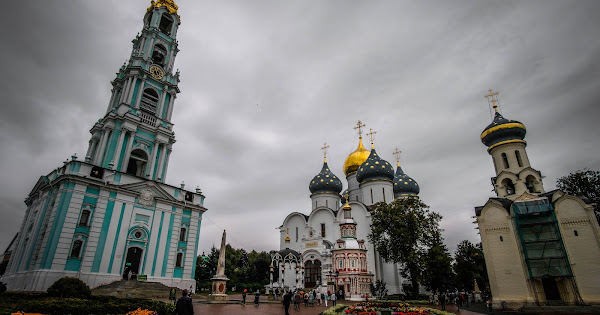 I didn’t stop here because I was short on time but it looks like a nice place to spend a day. The town lies along the shores of Lake Pleshcheyevo and is famous for its green-domed Goritsky Monastery and Assumption Cathedral. There is no train station here so you’ll have to take the train to either Berendevo (Берендево) or Ryazantsevo (Рязанцево) and take a bus from there.

Rostov Veliky (not to be confused with Rostov-on-Don 1285km to the south) is home to the Rostov Kremlin, built in the 17th century. It’s free to enter Cathedral Square where you will find the great Dormition Cathedral. The main part of the Kremlin will cost 50R (75¢) per adult and you need to buy separate tickets for every other section, including the Metropolitan’s Garden. A full ticket costs 700R ($11) but it’s not really necessary.

You can walk down to Lake Nero and on a nice day someone will take you out on their boat to give you the best view of the Kremlin’s domes. You can also see the Monastery of St Jacob Saviour a further 2.6km along the lake, or visit the Troitse- Sergiev Varnitskiy Monastery 4km north-west of the train station. I did none of these things because it was super stormy and miserable.

I stayed in a cheap dorm room at the very nice Hotel Rostovsky so it was a good place to relax while it poured down outside. The town itself is extremely run down, there are so many wooden houses that have literally just sunk into the earth and a lot of buildings are boarded up, so it’s not worth spending too much time here. It’s around 3 hours by train from Moscow, or an hour and a half from Sergiev Posad. 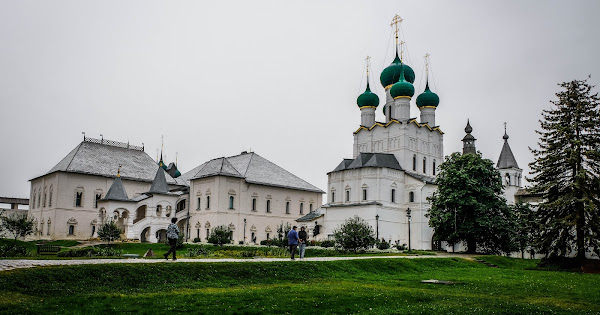 This town has a lot more going for it than the previous three. It would be a good place to spend more time if you have it, there is a lot to see although it is definitely possible to do it in a day. The train station is to the west of the centre, just hop on bus 1 and it’ll drop you off downtown. I stayed at Hostel Kvartira 1, a modern and clean hostel in a good location.

The sights of Yaroslavl are all within walking distance of each other. The highlights are the Kazan Cathedral, the Church of Elijah the Prophet and the Assumption Cathedral, all free to enter and beautifully decorated. The most popular attraction is the Yaroslavl Museum-Reserve, you’ll need to buy a ticket, but I avoided this because one of their attractions is a caged brown bear (Masha the city mascot) and that is just awful. You can also take a bus across the river to the unique green-domed, red brick John the Baptiste Church with its empty wooden iconostasis. 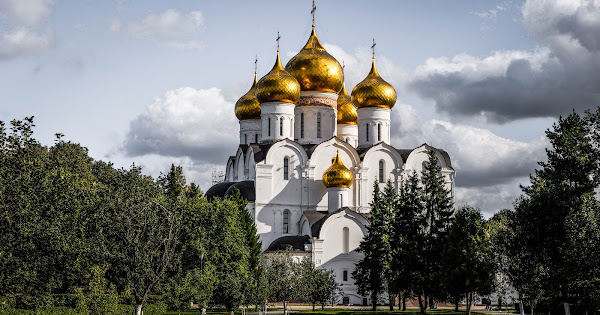 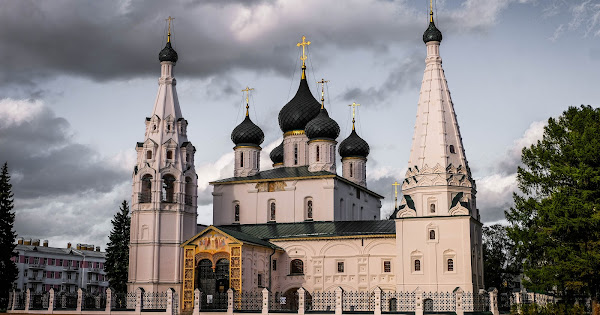 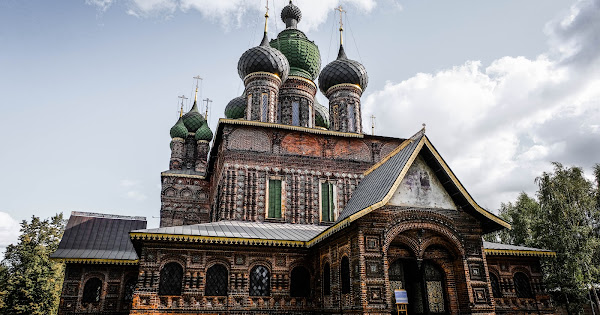 This riverside city is home to the beautiful Ipatievsky Monastery and the Fire Tower which overlooks the huge Susaninskaya Square. It’s another stop I missed because of time restraints but it’s easily accessible by train or bus from Yaroslavl or Suzdal depending on your direction.

If you choose to visit this industrial city you’ll see it’s a much different destination that the historical and pretty Golden Ring towns. There’s not much to see here so if you’re tight on time you can just breeze through on your way to or from Suzdal.

Definitely the most popular stop on the Golden Ring and it’s easy to see why. With everything in walking distance and plenty of viewpoints, it’s easy to admire the many, many onion domes and church spires that fill the skyline. It’s a great break from the busy cities, walking between monasteries and churches along the bank of the Kamenka river.

The highlights include the Suzdal Kremlin (50R, 75¢), the shopping arcade where you can buy everything from honey mead to woolly jumpers, the bell tower (100R, $1.50), the Saviour Monastery of Saint Euthymius (200R, $3) and the Pokrovsky Monastery across the river (free). There are a lot of smaller churches you can also visit and some great restaurant with outdoor seating. I stayed at the very cute Feel At Home Hostel, the name describes it perfectly. 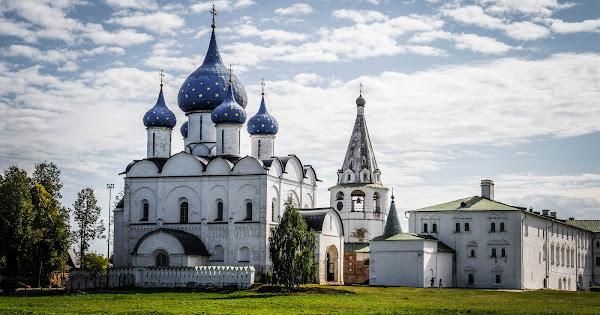 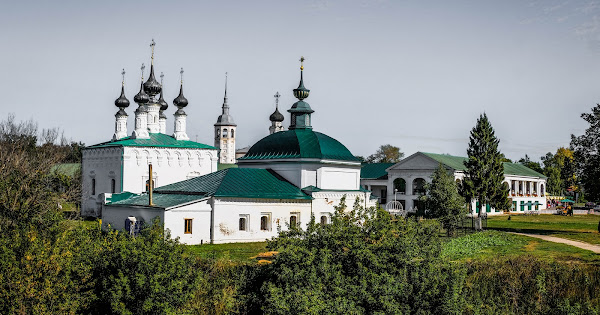 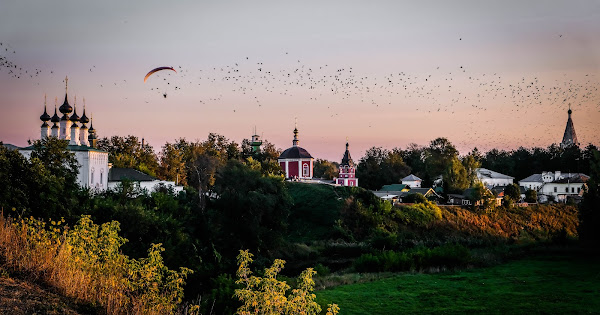 This is the largest town on the Golden Ring route and it sits on the main railway line from Moscow to the east, so it’s the perfect place to start or finish the tour before continuing on through Russia. For me, it was a place to stock up on noodles and snacks before hopping on the train for three days! I stayed at Hostel Wow, another clean and comfy hostel in a good location.

While it’s not as peaceful or picturesque as the others, this town is not without its own charm. The highlights are the Cathedral of the Assumption, the Golden Gate and Patriarchal Garden. If you have the time I would recommend jumping on a bus to the blue-domed Cathedral of the Icons of the Mother of God of the Bogolyubskaya (what a name!) and walking the 20 minutes to the isolated and peaceful Church of the Intercession on the Nerl. 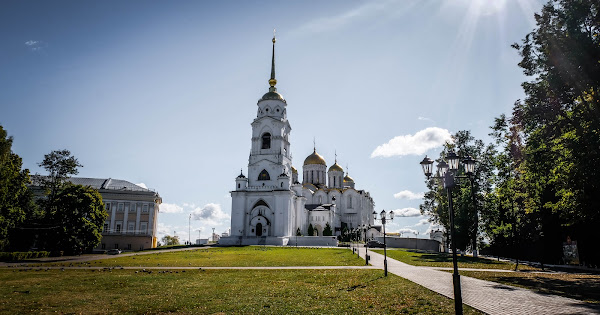 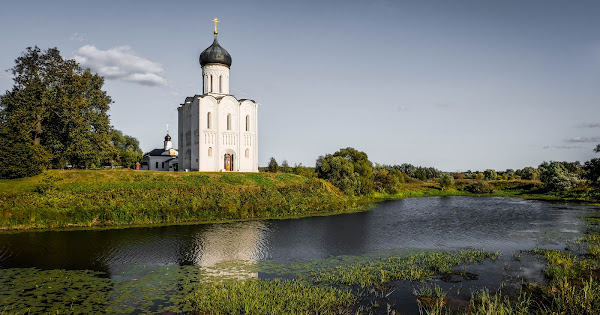 Have you visited Russia and toured the Golden Ring? I’d love to hear about it! Or if you have any questions, just leave a comment below and I’ll do what I can to help.