Have you heard of Lake Baikal? It’s pretty incredible, probably one of the most impressive lakes on earth. Let me educate you:

It’s not a quick trip, you’ll need at least three days but take more if you have the time, it’s worth it to see more of the lake and to experience island life in Russia!

The Trans Siberian will drop you off in Irkutsk which is the starting point for trips to Lake Baikal, but some people don’t realise you actually need to leave the city to see it. You can take a day trip on the Circumbaikal Railway but that only gives you a glimpse of the southernmost shores of this vast body of water. To really see the beauty Lake Baikal has to offer then head to Olkhon Island. 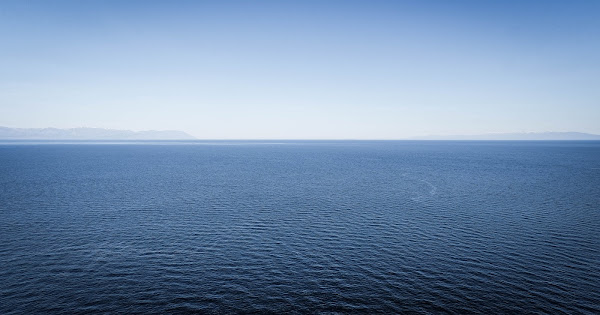 Getting to Olkhon Island

It’s easy to get to there, simply head to Irkutsk bus station around 8am and hop in the first available minibus, it’s a bumpy 7-hour ride and a one-way ticket costs 1000R ($15). This includes the 20-minute ferry to the island and they’ll drop you off at your accommodation in the main town of Khuzhir. When the lake freezes in the winter you’ll cross to the island in a hovercraft! 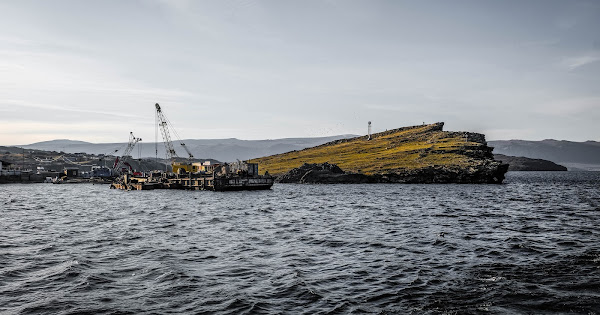 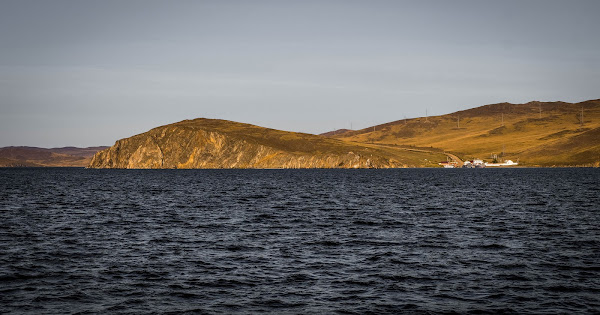 Khuzhir is a large, dusty town on the north shore of Olkhon Island. It was deserted in September, I imagine it’s much busier in the warmer months and you can already see how much they plan to expand it to accommodate the coach loads of Chinese tourists that swarm here in summer. It’s also not cheap, I chose the cheapest option: an awful, dirty dorm room that still cost £7 a night, compared to the usual £4 a night for much nicer hostels. There also didn’t seem to be any restaurants open so I survived off noodles and sandwiches.

The highlight of Khuzhir is Shaman’s Rock on the shores of Lake Baikal, a few minutes walk from town. I visited at sunrise but it’s in shadow unitl the sun is well up, so it’s best to go at sunset when you can relax with a beer and watch the sky turn pink above the mountains across the water on the mainland. 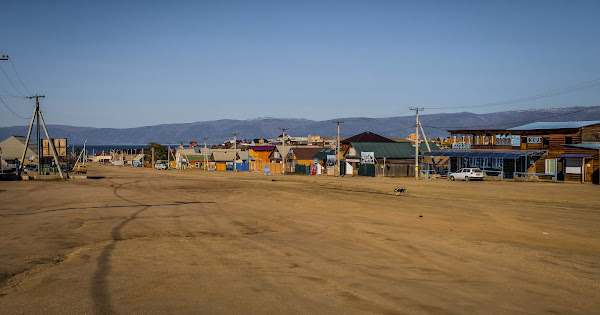 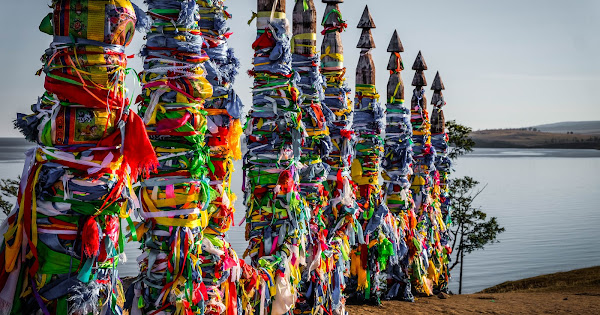 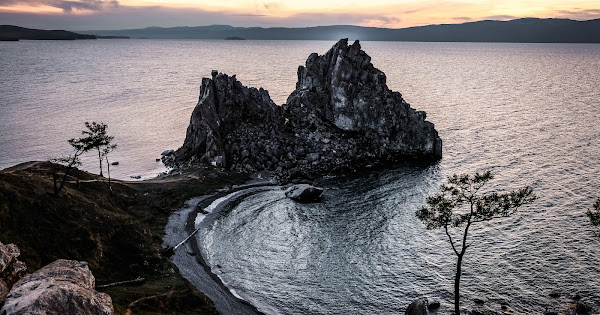 A tour of the island

While Khuzhir leaves a lot to be desired, it’s not the reason people come to Olkhon Island. The coastline is lined with sandy bays and dramatic cliffs backed by rolling green hills. If you have the time and the equipment you can either walk or rent a bicycle and explore at your own pace, wild-camping almost anywhere you like. If you’re tight on time you can join a day tour and be driven along the bumpy dirt roads in the classic Russian UAZ or Буханка (bukhanka which means ‘loaf’). 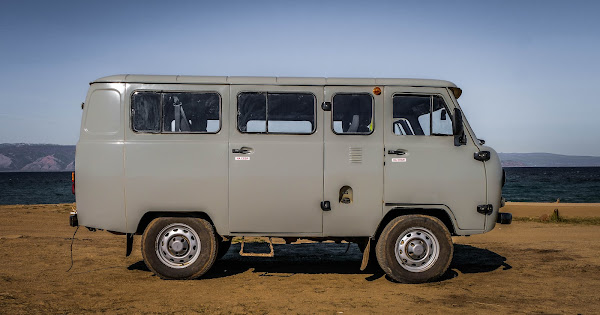 I joined a day trip to the north of the island, it cost another 1000R ($15) but it was well worth it. With 6 of us holding on for dear life in the back of the UAZ truck we raced from Khuzhir, stopping at the highlights along the way to the northernmost point of the island.

We stopped at Cape Kharaldai, Peschanaya beach, Three Brothers Rocks (legend says that three brothers fell in love with the same woman, their father got sick of them fighting over her so he turned them all to stone) and Cape Khoboy where we had enough time to walk to the very tip of the island and along the cliffs above before lunch. On our way back we visited Love Rock (a heart-shaped rock where lovers can go to make wishes, men use the left side and women take the right) and stopped to see a herd of wild horses.

It was a great day out and the perfect way to see the island with such a short amount of time. I planned to spend another day here, to rent a bicycle and visit the southern beaches but the weather turned and it rained all day, so I decided to leave and spend the rainy day on the bus instead. 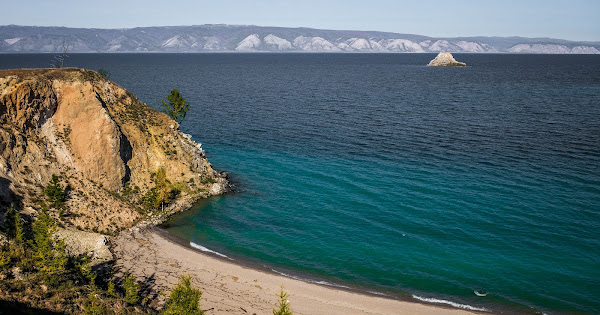 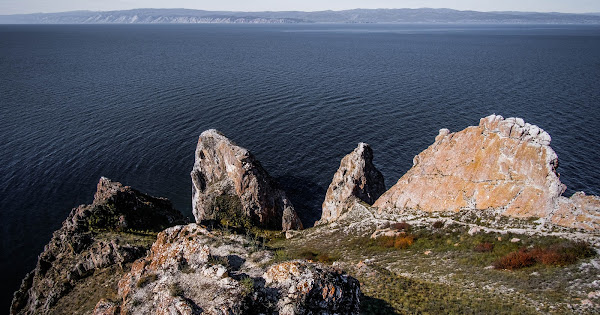 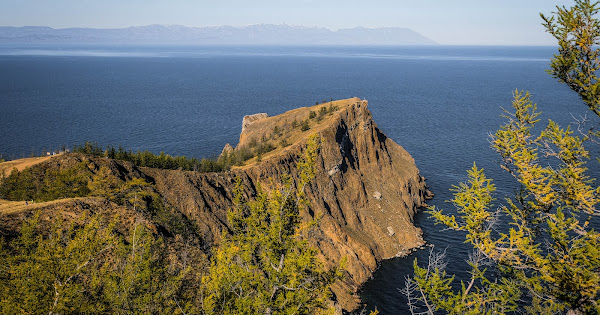 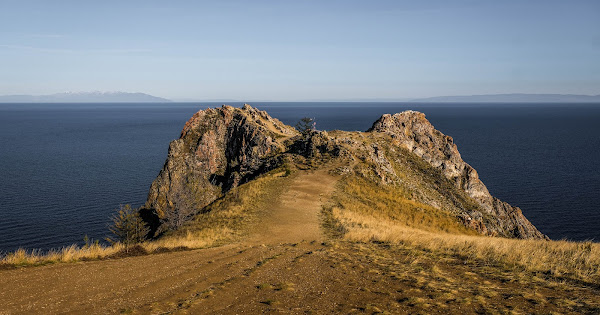 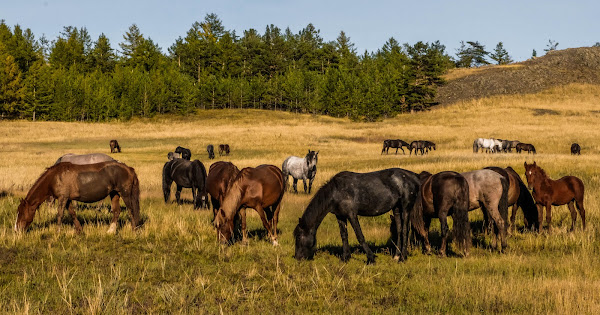 Getting back to Irkutsk

The minibus back also costs 1000R ($15), make sure you book it as soon as you can. It was full that afternoon, but me and two others from the tour were determined to leave that day so we ended up hitching a ride to the ferry port for 200R ($3) each and caught the ferry in the rain, no one would give us a ride but we managed to find a coach waiting on the other side that took us back to Irkutsk for 500R ($7.50). It was an interesting way of doing it but it got us back in one piece and saved us 300R ($4.50). 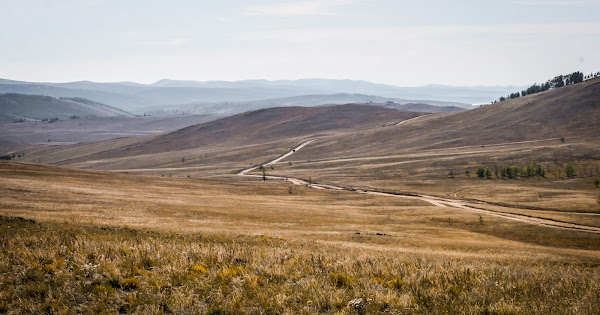 Don’t have time to visit Olkhon Island? Take a day to ride the Circumbaikal Railway instead!

If you’ve been to Lake Baikal and have anything to add to the list, please feel free to leave a comment below!