After an incredible week exploring Central Mongolia in the sun and snow, it was time to head south to visit the famous Gobi Desert. If you’re expecting nothing but endless sand dunes you’ll be disappointed, but once you realise how much this vast and almost completely deserted part of the country has to offer you’ll be blown away.

I joined a 15-day tour from Ulaanbaatar through Golden Gobi for $535 and our second week was spent in the Southern and Middle Gobi provinces. Say hello to The Horselords! Jay, Marsha (Mongolia’s best driver), João, Steve, myself, Sebastian, our wonderful guide Jarra, and Antoine. 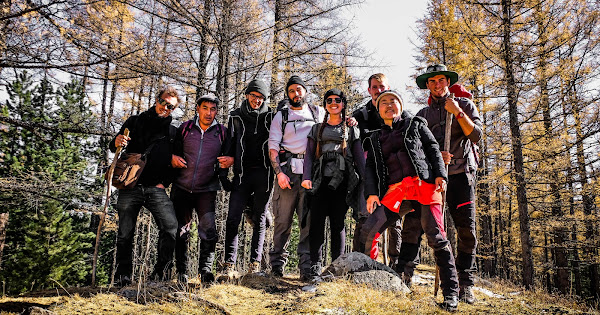 After a great night in the ancient capital of Kharakhorum (we had showers and electricity for the first time since leaving UB) it was a very long and awfully bumpy 210km drive south, following the faintest tracks into literally the middle of nowhere. It seemed like we would drive forever until we finally reached our destination, a small family ger that we camped outside of, very nervously listening to the dogs barking at what was probably a wolf prowling the edge of the camp. At least we had vodka to help us sleep. 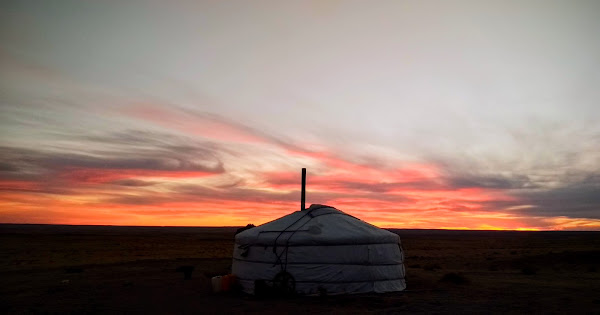 The next morning we packed down our camp and set off for the ruins of Ongiin Khiid. It was once the largest monastery in Mongolia and home to a thousand monks before it was destroyed in the 1927 communist purges. When the Cold War ended the monks slowly began to return, built a small temple and a tiny museum full of artefacts found in the ruins. We climbed to the top of the hill and the view was stunning. 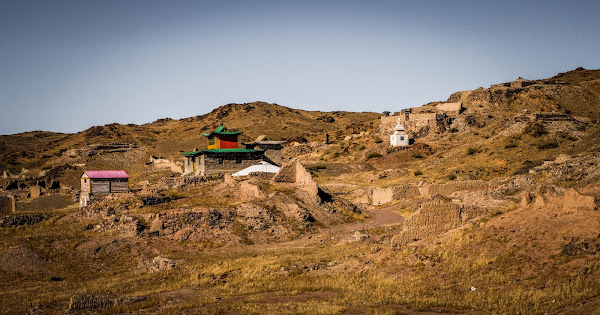 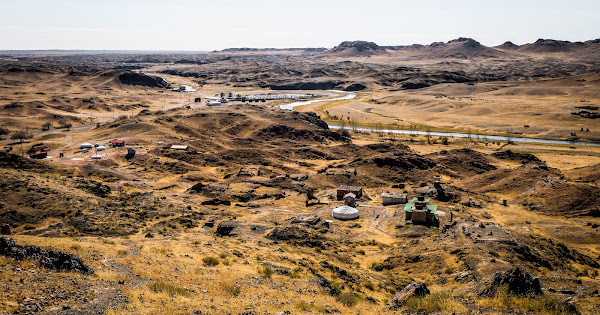 After an hour at Ongiin Khiid, we hit the “road” again for another 170km. The landscape slowly changed from rolling steppe to the orange cliffs of Bayanzag, named the Flaming Cliffs because of their colour at sunset. We spent a few hours climbing the cliffs, waiting for sunset and it lived up to the name. Our ger camp was a nice one and I was finally sober enough to get a decent star shot! There are not many places darker than the Gobi Desert. 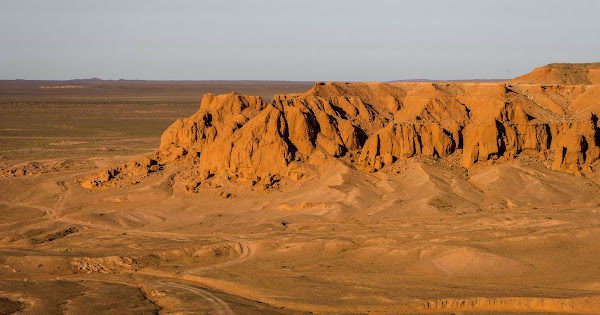 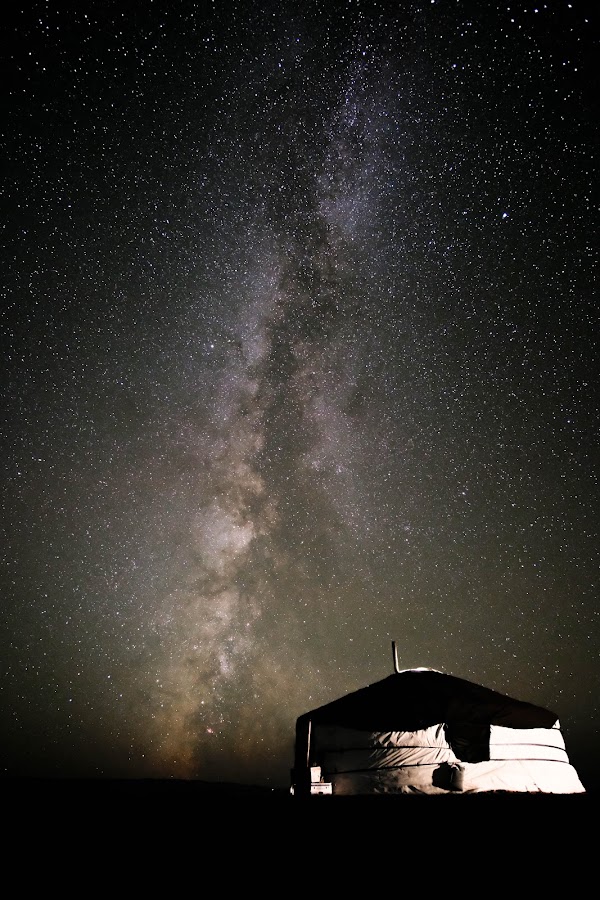 It’s a very long (and of course bumpy) detour from the Flaming Cliffs to the Singing Dunes, but don’t even think about skipping them. We got to ride the two-humped camels which was hilarious, anyone who can stay on a running camel deserves a gold medal.

Of course, no desert trip is complete without climbing a bloody great pile of sand and sliding down it on a plastic sled. Once we reached the top we sat and admired the sunset, wondering what gave them the “Singing” name. When a bunch of people threw themselves down the dunes we heard (and felt) the humming, rumbling noise of the sand sliding down beneath them! 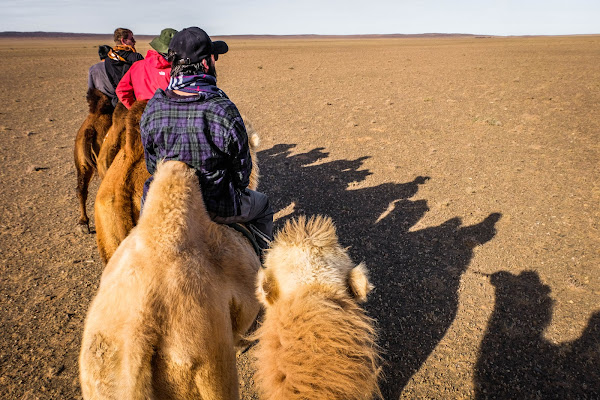 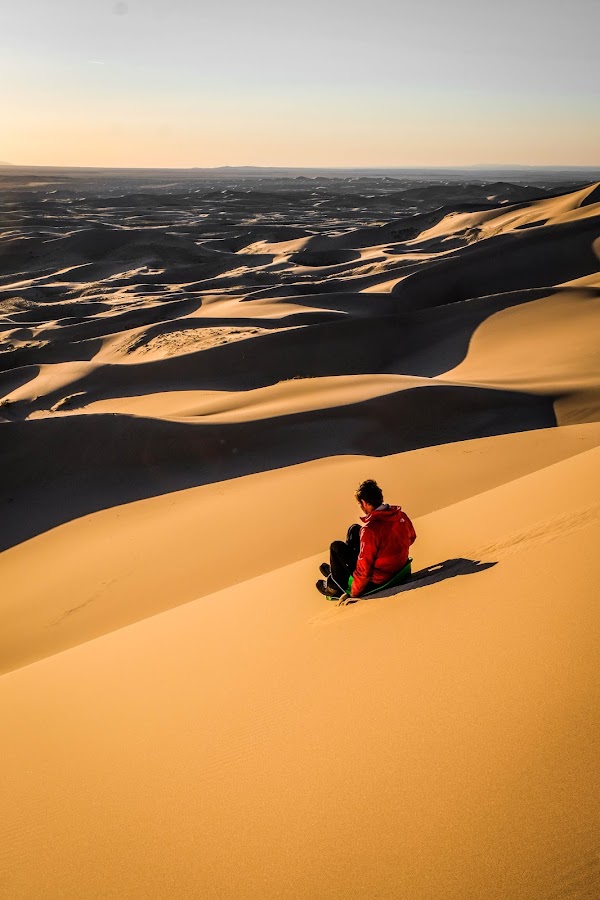 Yoliin Am (Valley of the Vultures)

It was a (do I even need to say long and bumpy anymore?) 170km drive back east towards the dramatic Yoliin Am, also known as Valley of the Vultures, named after the Lammergeier vultures that can be seen here. In the winter the deep and narrow gorge becomes an ice field, several metres deep and several kilometres long. We spent a few hours walking through along the river before heading to our “ger camp” which was just the floor of a random family’s ger in a town called Dalanzadgad which was just so awkward and uncomfortable, but silver lining: we got electricity and hot showers again! 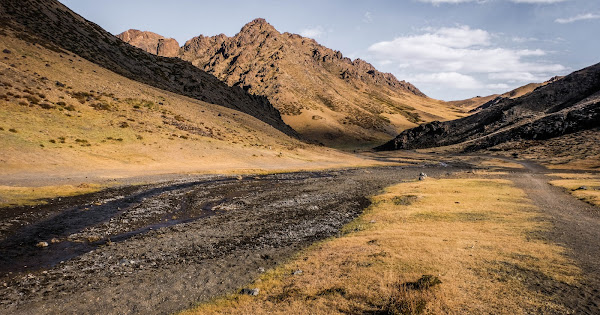 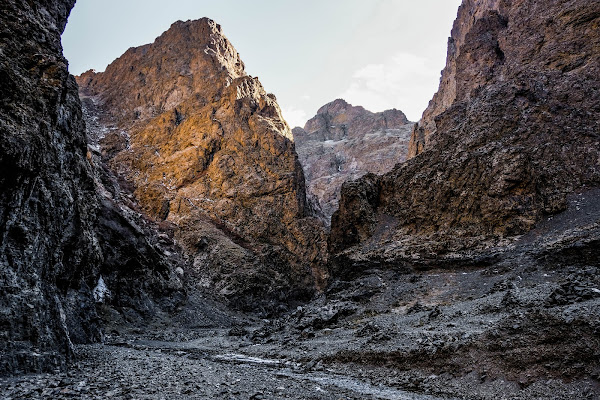 From Dalanzadgad we made our way north for 170km (mostly on a real road!?) until we reached Middle Gobi province and the Tsagaan Suvarga copper mine, also known as the white stupa because that’s what it looks like from far away when approached from the north. For us, it was a rocky landscape with pink hues and great views of the nothingness that surrounds it. 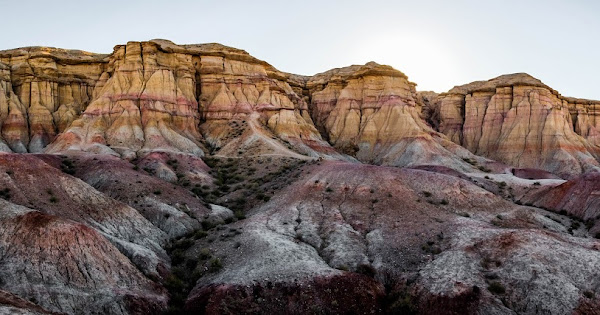 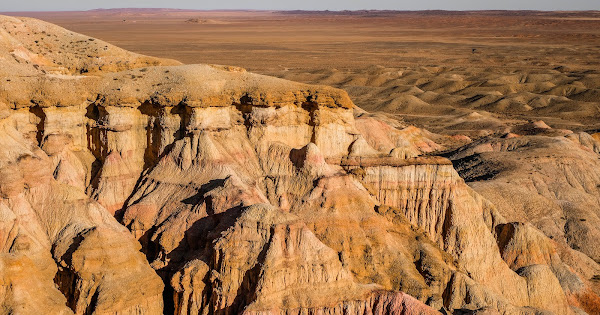 This was just a very long day of driving as we slowly made our way north, covering over 250km of some road but mostly dirt tracks. Our ger camp was located near to our next destination, but by the time we arrived the sun was setting so we made the most of our last night on tour by drinking a l l  t h e  v o d k a.

These towering granite formations make up a huge canyon in the heart of the Middle Gobi steppe. You can wander for hours among the rocky mazes, there is such an intense feeling of peace that it would be a lovely place for yoga or meditation. The highlight for me was the ruins of a 17th-century temple hidden inside.

After a short time spent here, we hit the road (a real one!) for the last time as we made our way back to the smoggy streets of Ulaanbaatar, 275km away. It was certainly a relief to get back to civilization and we were all excited for showers, electricity and real beds, and most importantly: food that didn’t contain mutton. 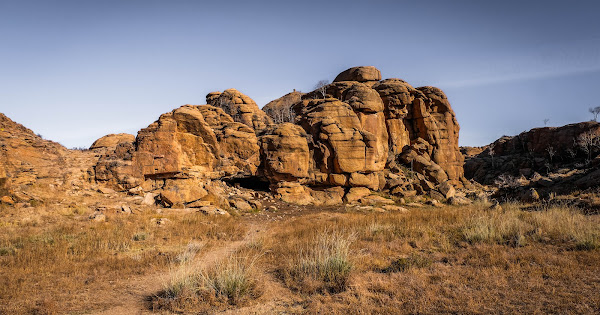 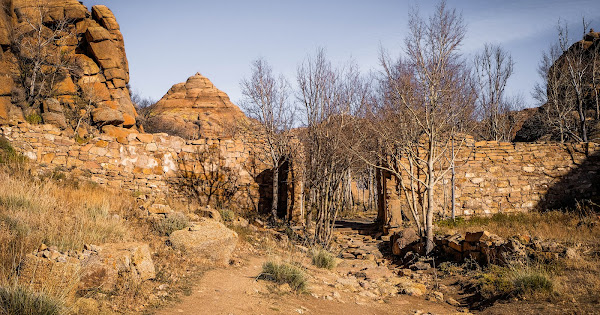 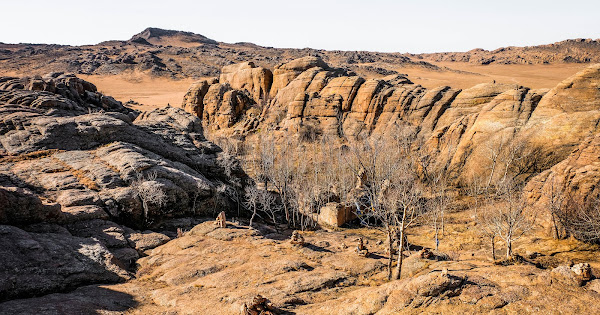 While I did prefer our week in Central Mongolia more, thanks to the landscape and the activities, a trip to the Gobi Desert is a must if you have the time and money for it.

Planning a tour of Mongolia? You can also read about our week in Central Mongolia!

If you have any questions about travelling in Mongolia, feel free to leave a comment below.

You can view the full album here and here.

2 thoughts on “Eight great days in the Gobi Desert”