Gorkhi Terelj National Park is considered one of the most beautiful parts of Mongolia and it’s only a short 55km drive from the capital city of Ulaanbaatar. It’s a must-visit destination whether you’ve already been on tour or you only have a few short days in the country.

You can easily join a one day tour from UB, but if you have the time you should spend a few days there hiking from ger to ger! I had no idea that was possible, so I joined a day trip through Golden Gobi for $20 per person (with three people) which only paid for the driver, the entrance fees and food were extra. 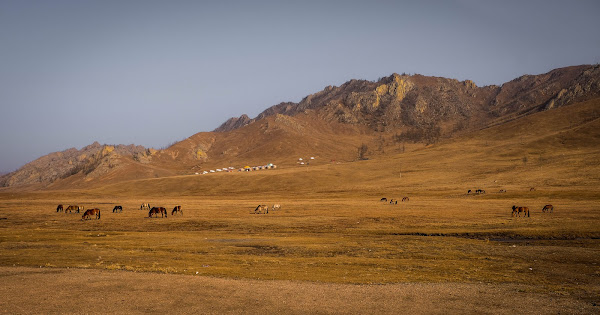 The Zaisan Memorial is just a few kilometres south of the city centre but it is included in the tour which saves rather a long walk. Our driver took us all the way to the top and we spent ten minutes admiring the view… just kidding, it’s far too smoggy in the winter to see anything thanks to the coal fires burning in the thousands of gers in and around the city. 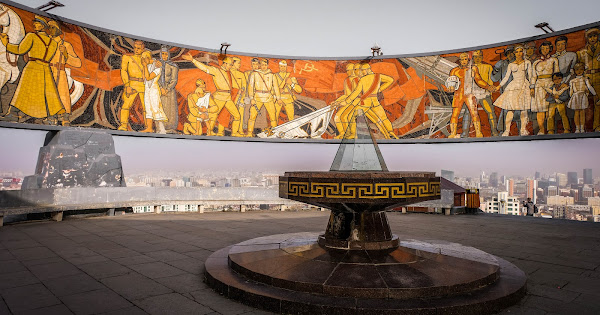 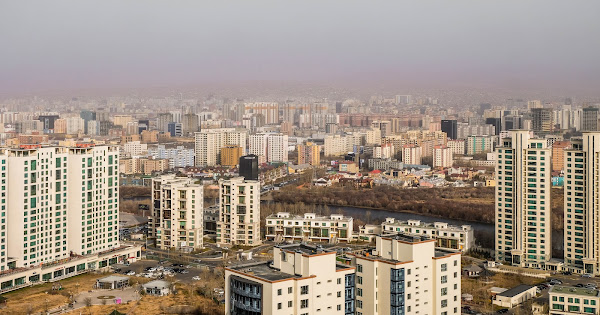 Our second stop was the most exciting part for me, thanks to the fascinating series of historical fiction books I was reading by Conn Iggulden about the lives of Ghengis Khan and his descendants. This giant, silver statue of the great Khan stands at 40m high on the bank of the Tuul River, in the location where he supposedly found a golden whip. He is also supposedly pointing towards his birthplace (which I later found out is off-limits to tourists). The base of the statue houses a museum and the highlight(!?) is the elevator that takes you up to stand in his crotch while you admire the views… 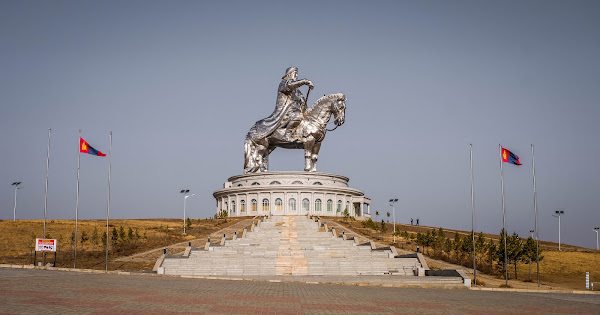 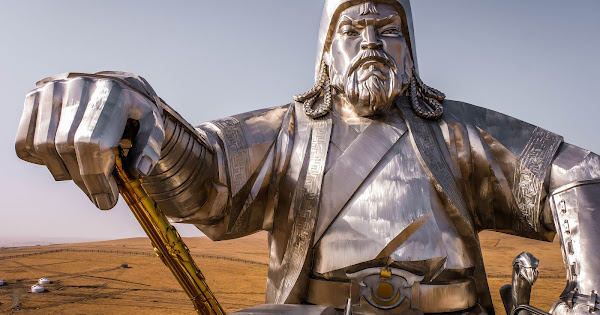 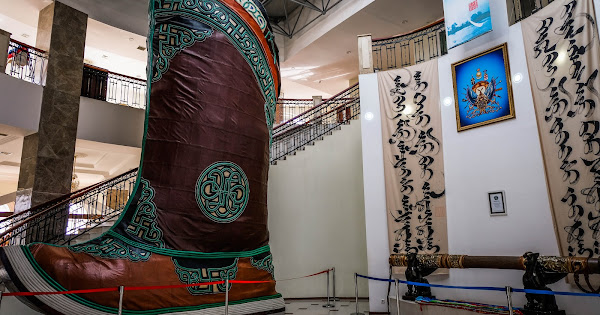 Once we left Genghis behind it was a short drive north to the gates of Gorkhi Terelj where we paid the entrance fee of 3000₮ ($1.15). When we arrived at Turtle Rock I was pretty surprised and disappointed with the amount of tourist ger camps that surround it, it’s certainly not as remote as the photos make it seem, but it’s nice to see and fun to climb. It would be a great place to stop for lunch if you didn’t bring any food with you. 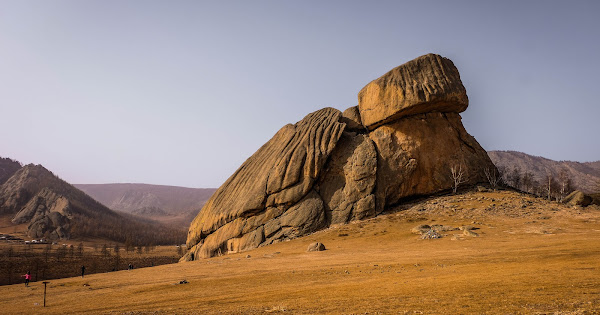 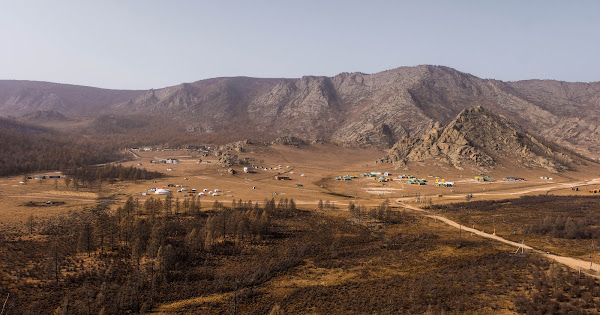 I didn’t know we were going to this place so it was a lovely surprise. At the end of the valley, perched on the hillside is the white Aryapala Temple, part of a Buddhist monastery and meditation centre. It’s a long but easy climb up the hill passing signs with words of Buddhist wisdom. Close to the top, you’ll reach a large prayer wheel which you can spin until it stops on a number, then you can match your number to your quote on the black signs leading to the temple. From the temple the views are wonderful and there’s a profound feeling of peace. 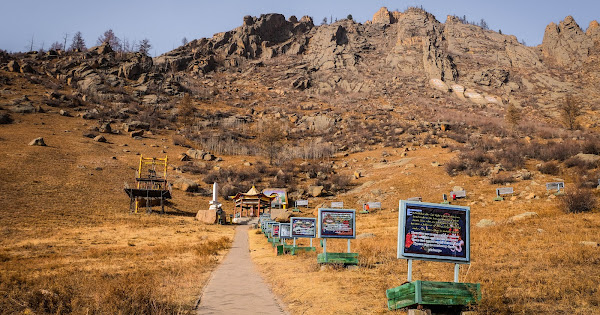 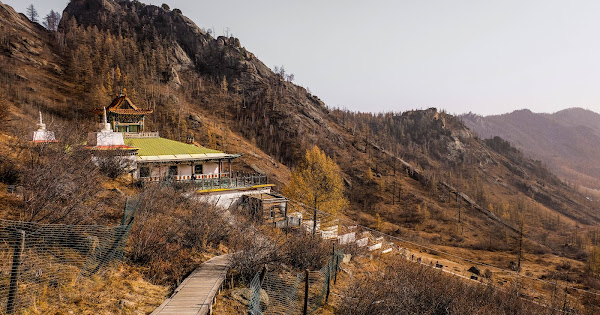 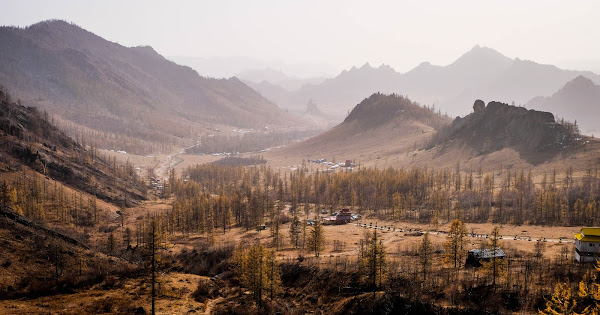 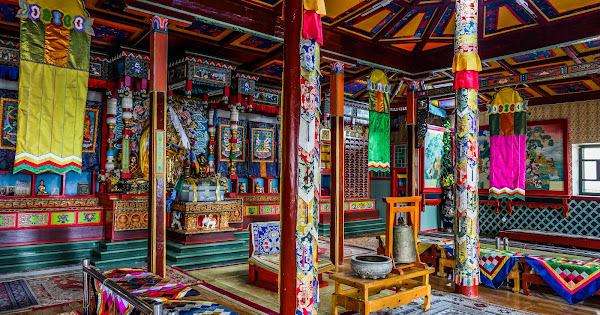 It was a lovely day out, but I’m gutted I didn’t spend a few days hiking there! I had no idea how many options there are for accommodation throughout the park, I thought it was only possible with a tent. It would be so cheap and easy to take a local bus there a spend a few days hiking from ger to ger and it’s something I would recommend if you have the time.

If you have any questions about visiting Gorkhi Terelj National Park then feel free to leave a comment below!

One thought on “A day trip to Gorkhi Terelj National Park”