The Great Wall of China has to be one of the most famous landmarks in the world. I’ve never met someone who hasn’t heard of it, and most people dream of seeing it in person one day. Nothing can prepare you for such an incredible sight, no matter which section you visit. But wouldn’t it be better to have it all to yourself, instead of sharing with hundreds of other tourists?

The most famous sections of the Great Wall are understandably the busiest. Badaling and Mutianyu have been heavily restored, are very popular with tourists and have cable cars. There are also some wilder sections that have only been partially restored such as Jinshanling and Simatai if you want to see it both ways. If you want a completely wild section then head to Jiankou, the most challenging part, or Gubeikou, an ancient battle sight.

There are so many choices and in the end, I found it a bit overwhelming! What if I picked the wrong one? What if there were too many people? What if it was disappointing? So I decided to choose a section that was a little different… Huanghuacheng, the only part of the Great Wall that runs through a lake.

I got up early and left my hostel on foot, caught the metro to Dongzhimen Bus Station and caught Bus 916 to Huairou. From there, after getting yelled at by taxi drivers who assured me that there was no bus, I caught bus H12 to the village of Huanghuacheng. It was an easy ten-minute walk to the entrance, which was nothing more than a random guy asking for 60¥ to cross the dam, and an even dodgier guy by a locked gate asking for another 5¥.

At this point, I realised this wasn’t exactly a legit part of the wall, but it was cheaper and practically deserted, so I went for it. I followed a dusty trail that goes up above the lake, and to the base of a watchtower. At first, it seemed like I had been ripped off… there was no way to get onto the wall! But after walking a little further I found a ladder, solid enough to climb up, and there I was. ON THE GREAT WALL OF CHINA! I could have cried. 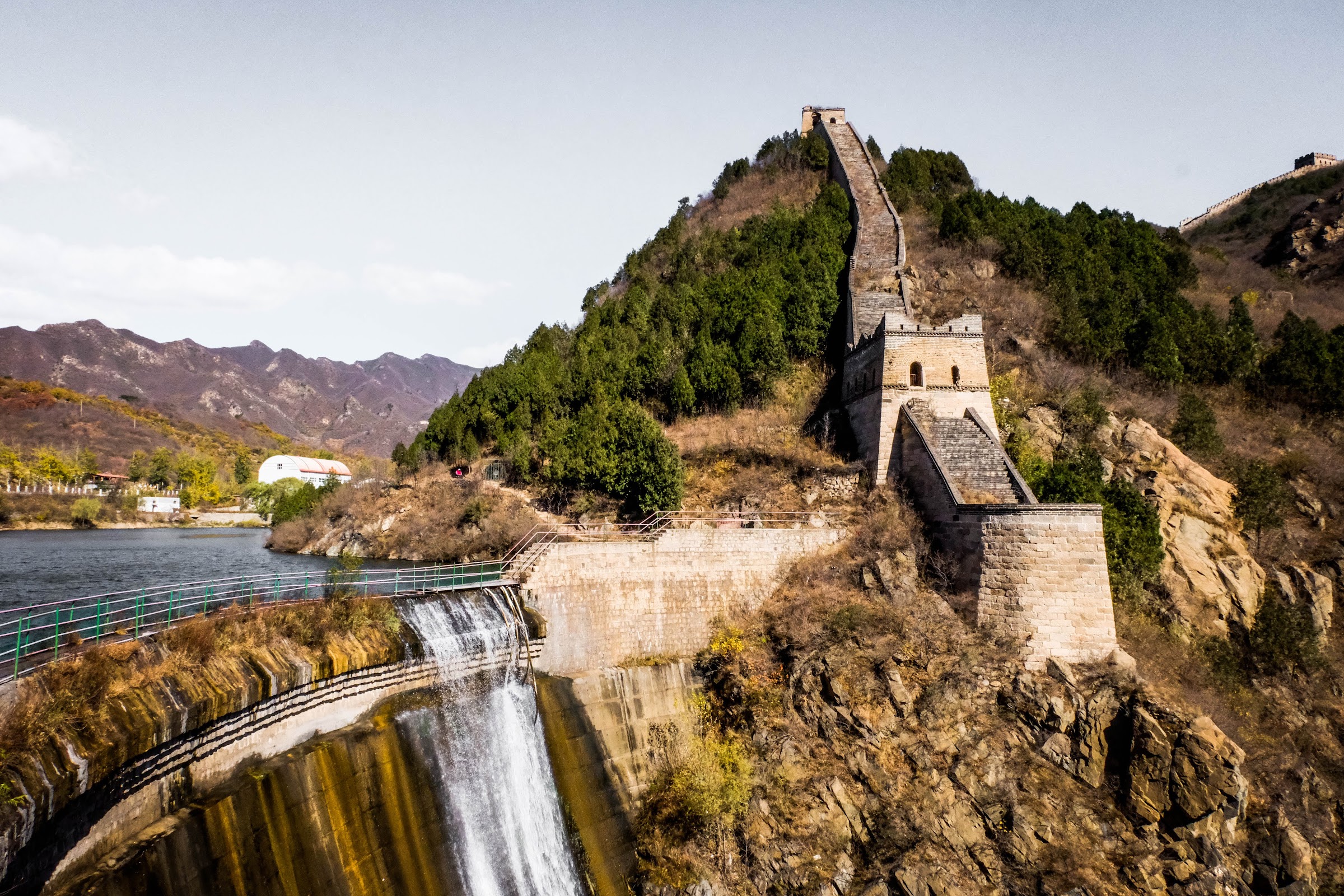 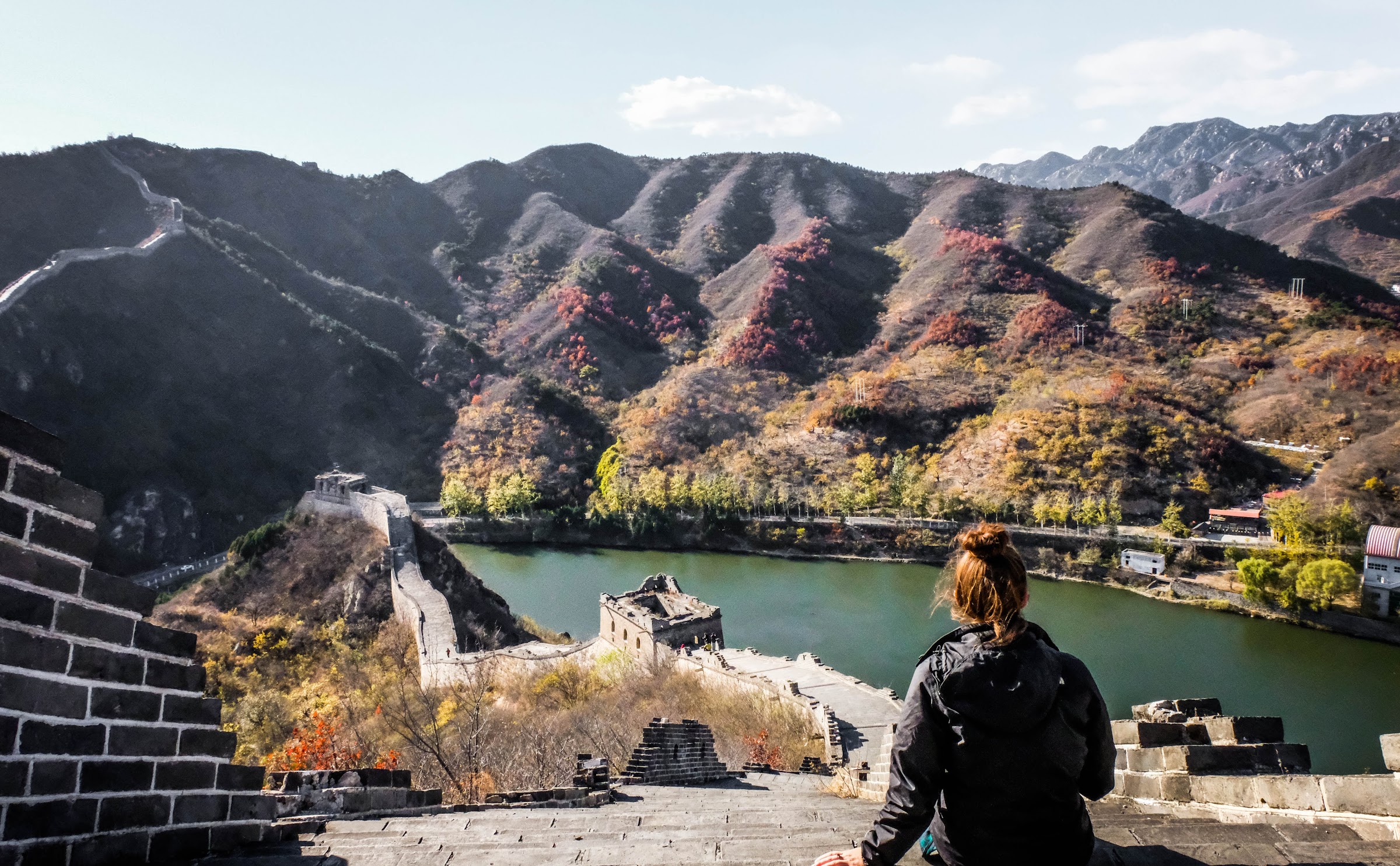 As I left the first watchtower and ascended up the first flight of stairs, it was windy as hell but the sun was shining and there was not another person in sight for as far as I could see. The wall snaked along the mountains ahead and behind, and the lake was glittering below me. It’s one of the most surreal feelings, one I haven’t had since I was at Chichen Itza in Mexico.

I walked for two hours, climbing impossibly steep stairs, exploring every watchtower, and taking far too many photos of the same view from a slightly different angle. As I neared the second-highest peak I could see the next section, climbing the steepest and highest hill, and it hadn’t been restored at all. When I reached it, I decided I didn’t want to risk climbing down so I just sat and enjoyed the view while I ate lunch. 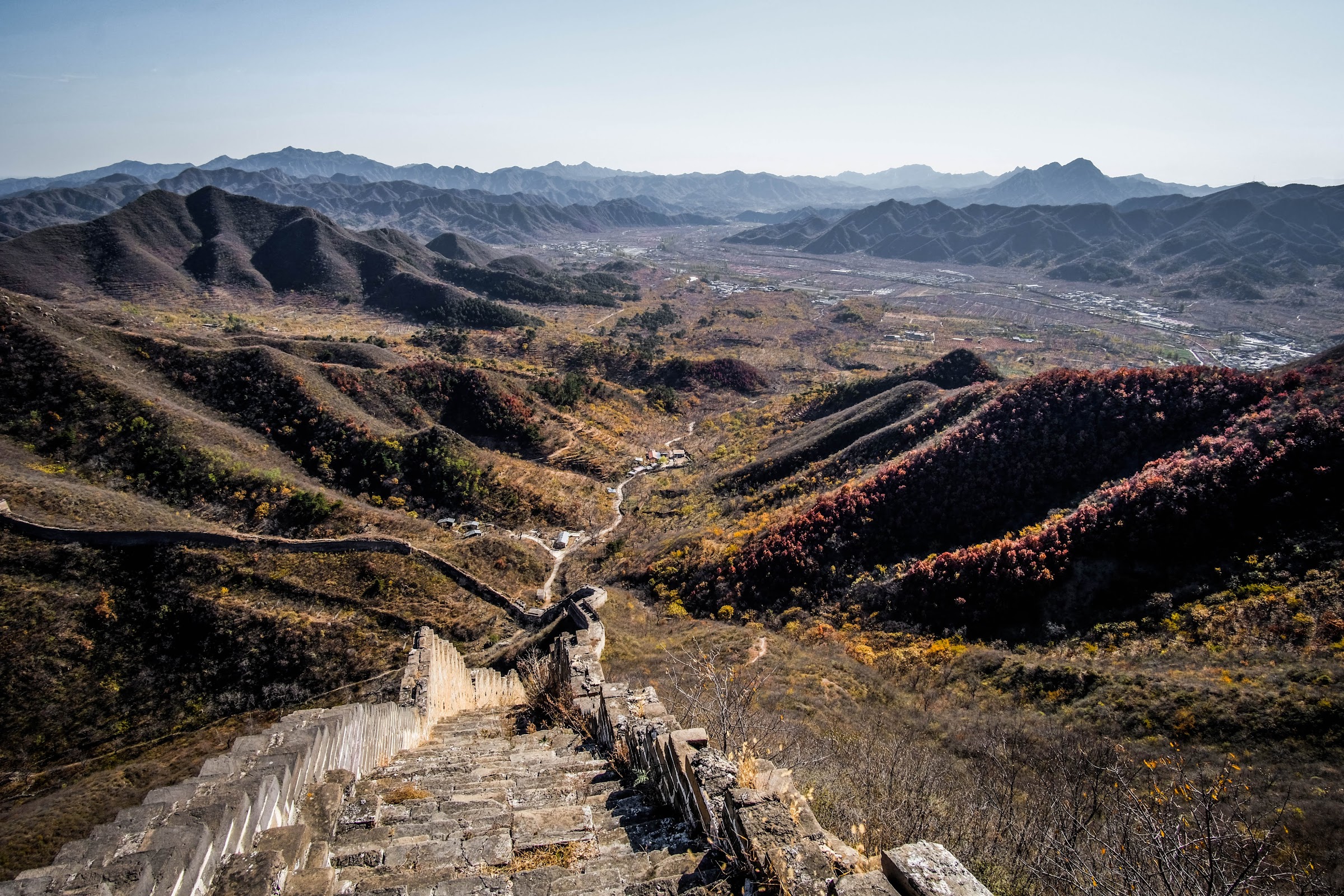 The walk back was tough going, endless stairs that were so steep you almost had to sit down, and so narrow that even my tiny feet had to go sideways. The wind was still blowing but luckily there was always a section of the wall to hold onto. I finally met three people on my way down, but they were as surprised to see as I was to see them. Back on the dam, I saw that both men had gone home for the day, so I suppose those three were waiting for free entry.

As I walked back to the village and waited for the bus, I saw a sign for the real Huanghuacheng… another section of wall only ten minutes drive away! This was the one I found online, offering boat tours and facilities! I was almost disappointed that I never made it until I started counting the tour buses leaving that part, at least 12 (that’s got to be about 600 people!) in the hour before I got on the local bus. No regrets! 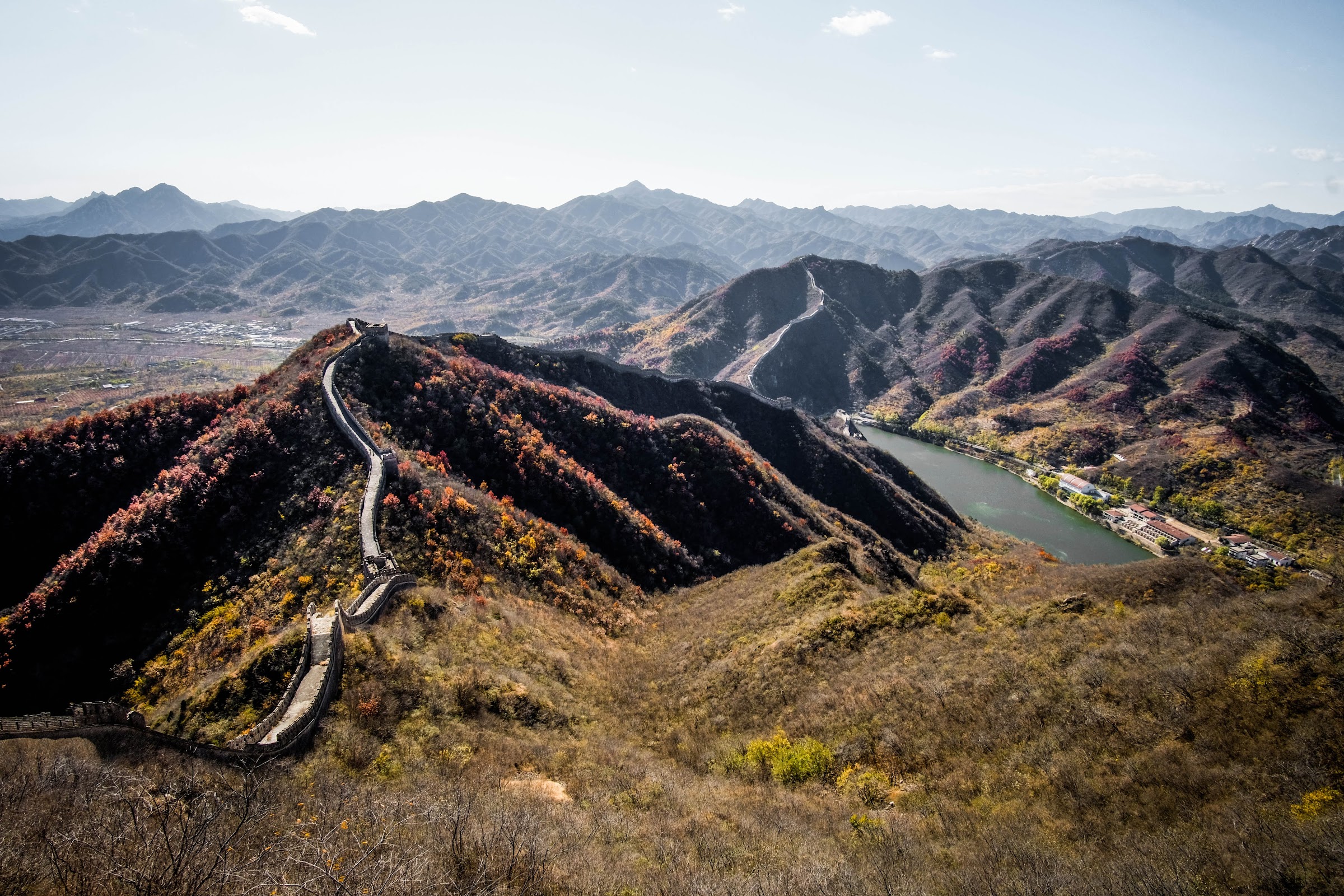 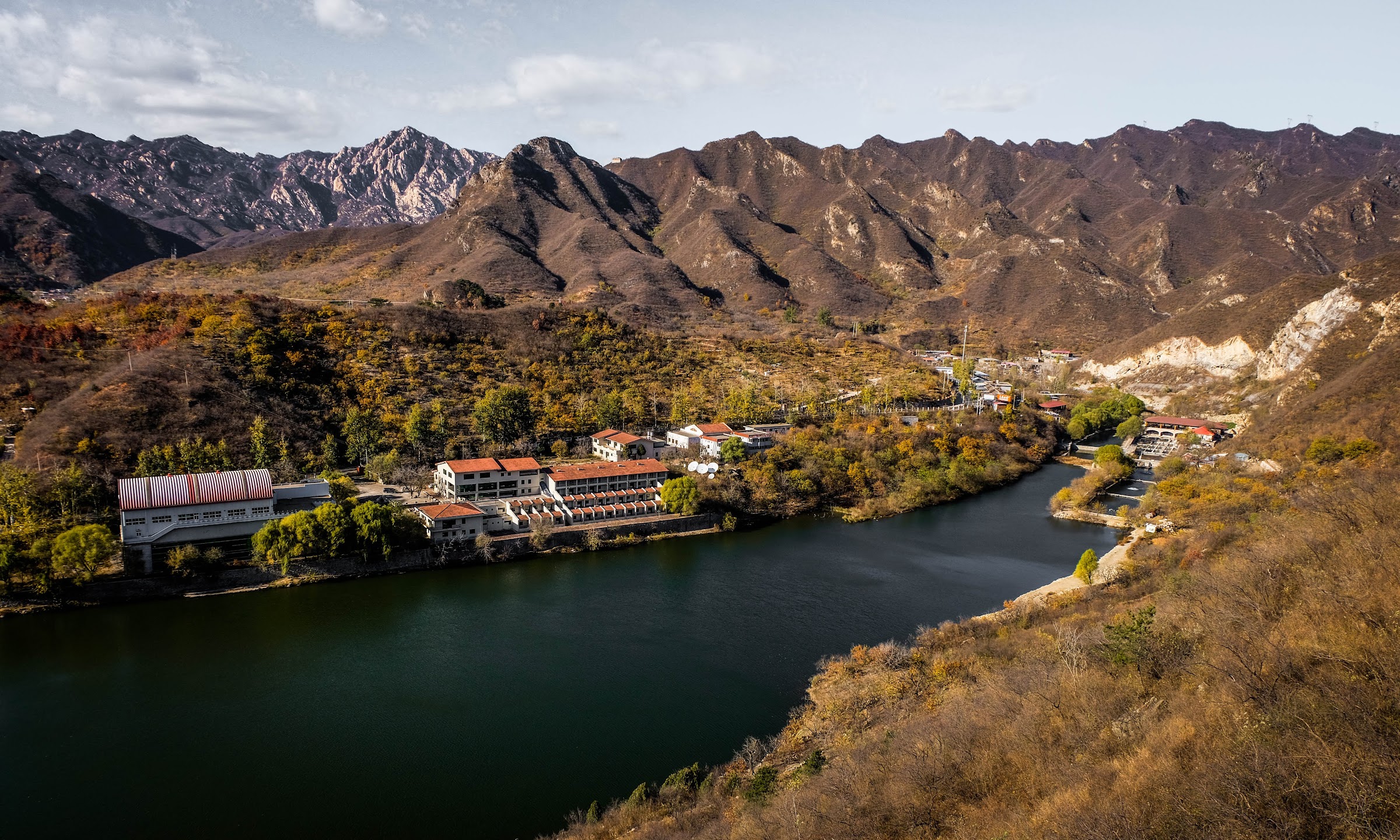 It was a long day, and quite difficult! The ride back was slow and long, I couldn’t keep my eyes open and I was excited to get back to my hostel. It is possible to camp on the Great Wall if you have the right equipment, a friend of mine did it for three nights! But he said it was impossibly windy and very cold, so I’m quite glad I just did a day trip.

All together it only cost around 100¥ ($15) for the whole day, compared to the much higher prices of a tour. Ok, so it took a little longer to get there and back than a tour bus would have… but I had enough time to walk a big section of the wall, and I had it all to myself. That alone makes it all worth it! 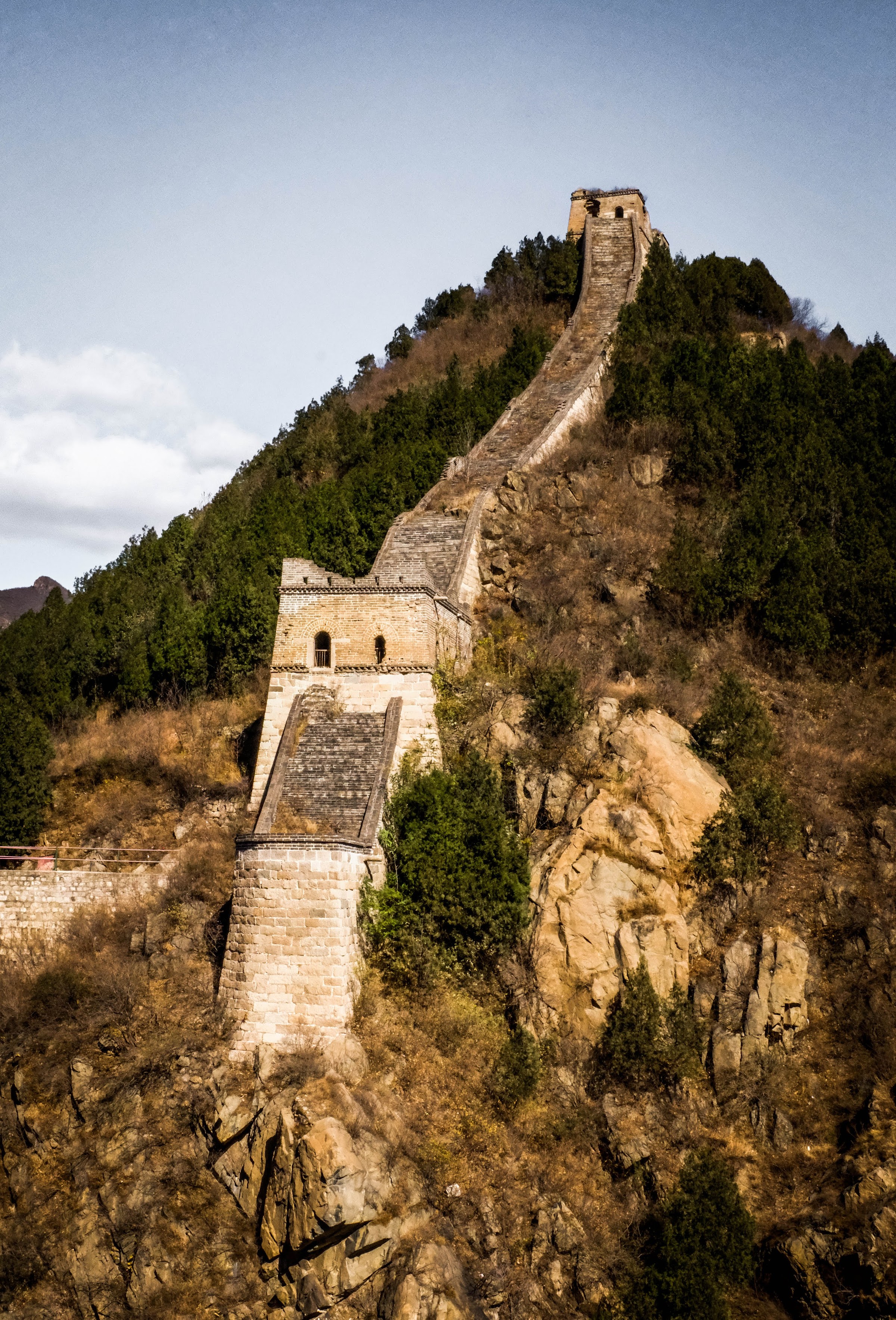 Have you visited the Great Wall? Let me know where you went and how it was in the comments below!