Years ago, those who hiked in the Himalayas would be seasoned mountaineers looking to brave the highest peaks in the world. Now, anyone with a bit of cash and some determination can do it.  It’s busier than ever and not everyone understands the dangers they can face. Not only on the trails or from adverse weather but the problems that come with climbing at altitude.

Disclaimer: I am not a medical professional, just a girl with some experience hiking at high altitude. Everything listed here is information received from the Himalayan Rescue Association of Nepal, a voluntary non-profit organisation which runs free talks on AMS in Manang along the Annapurna Circuit, which I would 100% recommend.

What is altitude sickness?

Altitude sickness, or mountain sickness, is actually a spectrum of issues ranging from the headaches and nausea of Acute Mountain Sickness (AMS) to the deadly symptoms of High Altitude Cerebral Edema (HACE), and the unrelated but just as dangerous High Altitude Pulmonary Edema (HAPE). It’s important to know the difference and to understand what you’re experiencing and how to deal with it quickly and safely.

What’s happening inside your body?

AMS is caused by atmospheric pressure and reduced oxygen levels at high altitudes, which means your body is not getting what it needs to continue life at its usual pace. At sea level, the oxygen levels are at 100%. As you climb to 5500m (Thorung La, Cho La, Gokyo Ri, Kala Patthar, EBC and more) it’s at just 50%.

Now, the human body is amazing and will almost immediately begin to combat this, it just needs time, which is why it’s recommended to ascend slowly, even if you feel fit enough to climb twice as high. 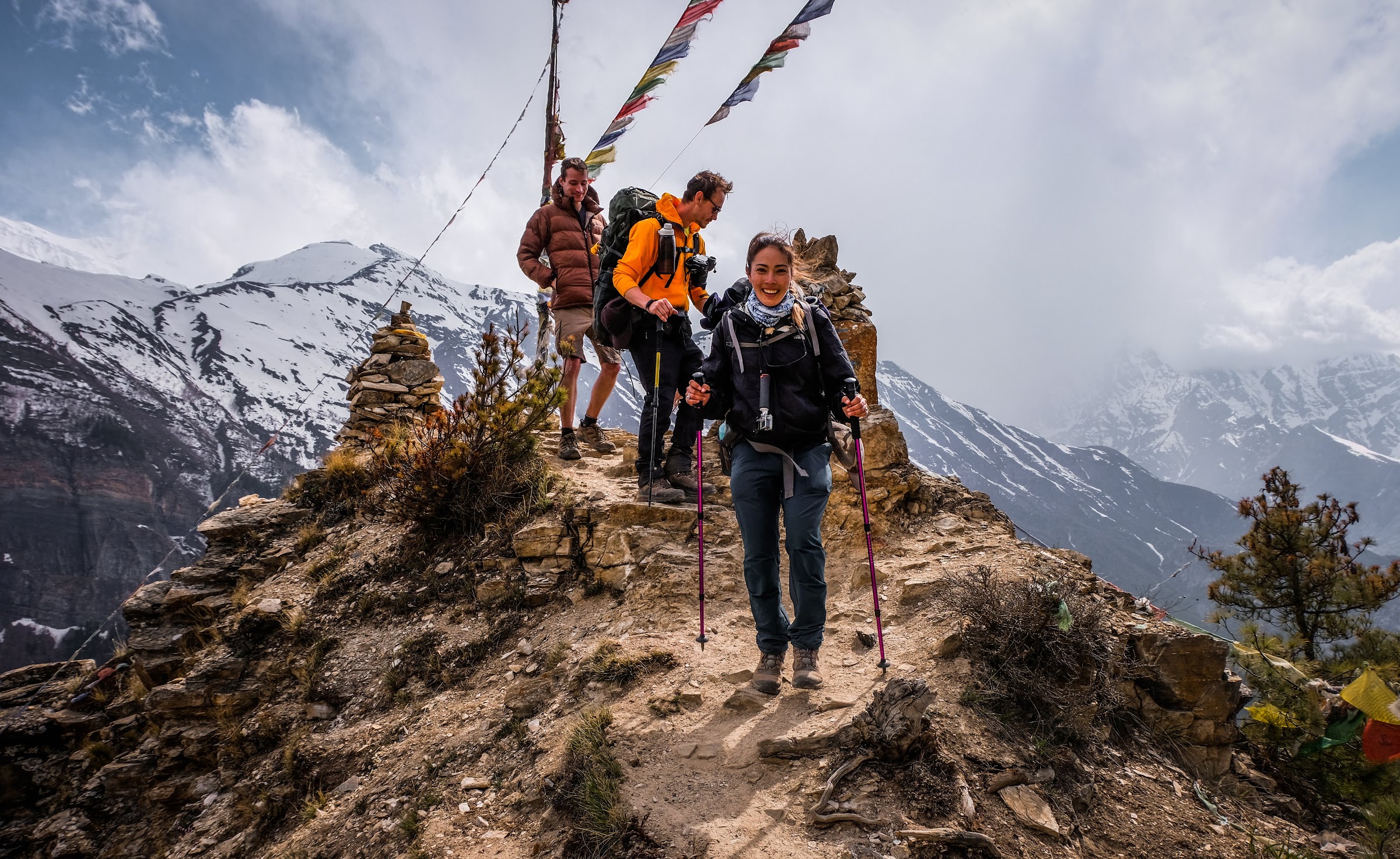 AMS is the most common form of mountain sickness and can affect people of any age and fitness level, at any altitude over 2000m. It has nothing to do with your level of fitness, it’s just genetics, so don’t be ashamed to admit when you’re suffering.

Symptoms include headaches, nausea, dizziness, fatigue, loss of appetite and being breathless at rest (think of it like a hangover). While some of these symptoms seem common enough if you’re dehydrated or exhausted after a long day of hiking, it should still be treated as AMS until you know otherwise.

You should never ascend further with symptoms of AMS! Your best bet is to stay where you are until the symptoms desist, but you can descend if it’s easier to do so. Get some rest, drink plenty of water, and think about taking something for that headache. Once you’re feeling better, it’s perfectly safe to continue your climb.

If you’re resting at the same altitude and your symptoms are getting worse, such as increasing fatigue, severe headaches, vomiting and loss of coordination (think of it like being drunk), then these are signs of HACE, the severe end of the AMS spectrum.

HACE can result in a coma or death if ignored, so you need to descend as quickly as possible. Oxygen and medication (Dexamethasone) can then be administered. Never let someone suffering from HACE descend alone because they can become confused and lost.

A different but no less dangerous condition is HAPE, the result of fluid building up in the lungs. If your symptoms include a cough, increased shortness of breath or extreme fatigue at rest, confusion or fever then these are signs of HAPE, which can also result in unconsciousness or even death if ignored.

Immediate descent is mandatory, but without exerting yourself (ride a yak if you have to). Oxygen and medication (Nifedipine) can then be administered, and never let someone suffering from HAPE descend alone.

Just remember that getting a cough at altitude is very common due to the dryer air, so don’t panic as soon as your throat starts tickling. Listen to your body, and see if you have the other symptoms as well. A headache is not always present with HAPE. 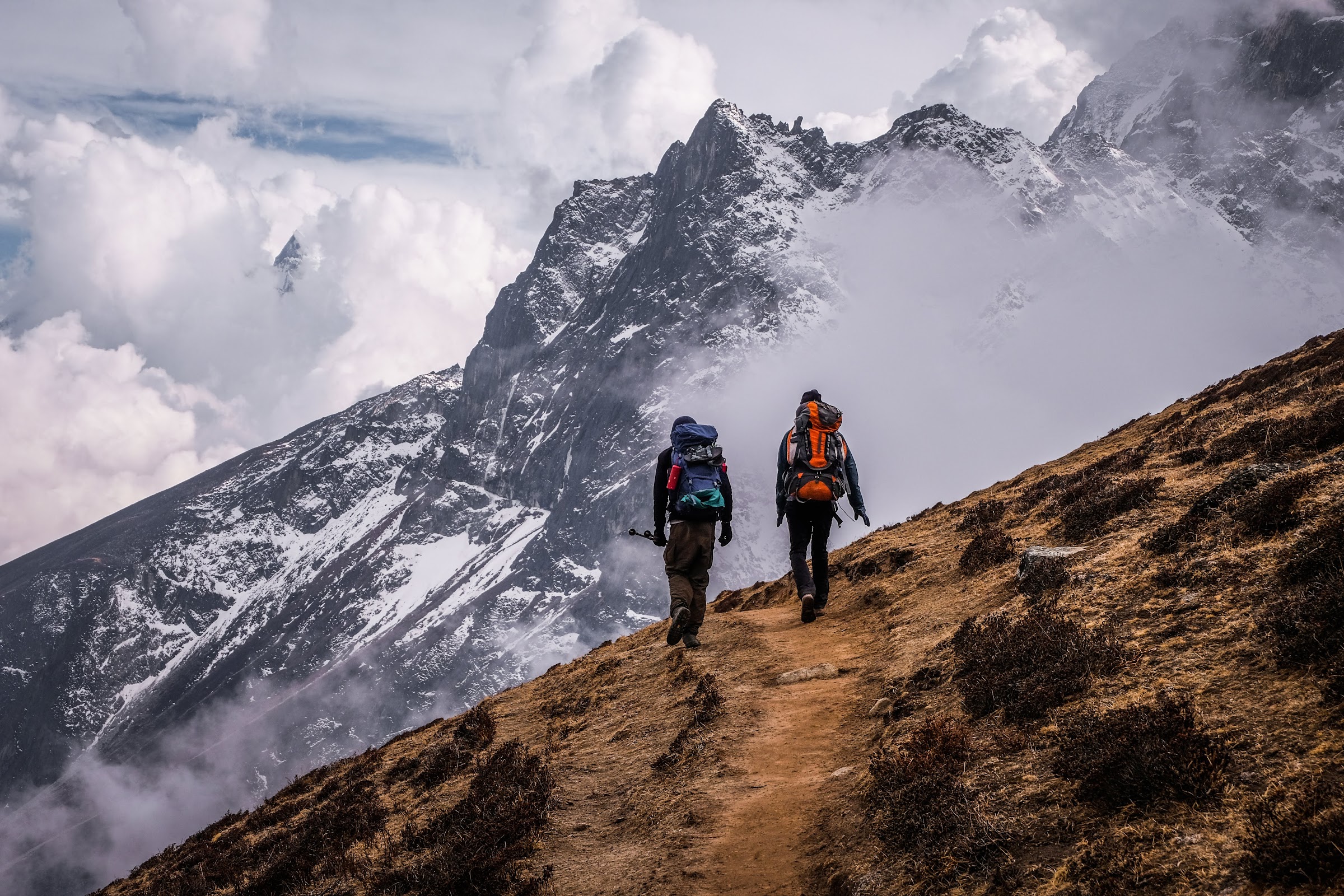 Descending to a lower altitude is the most effective treatment of severe altitude sickness. As soon as a person suffering from mountain sickness needs to descend, then don’t delay. Don’t wait for a helicopter, get them down as quickly as possible by any means available. Horses and yaks can be hired, and it’s even been known for porters to carry a sick person down. If you’re administering medication or oxygen, don’t delay the descent to watch for improvements. Keep descending until the person shows signs of improvement, usually after 300-500m.

The Himalayan Rescue Association recommends a slow ascent as the safest and most assured method to prevent AMS. Above 2500m, ascend no more than 500m per day if possible, and take a rest day every three days with an acclimatisation hike to assist.

Climb high, sleep low. Heading to higher altitudes during the day will help your body acclimatise, but it’s important to sleep lower so it can get the oxygen it needs while adapting.

Walk slowly and take lots of breaks, even though it can be frustrating, especially when you see a group of 20-somethings powering up the mountain without a care in the world. People under 50 are more likely to get AMS purely because they push themselves harder!

You need to drink a lot of water, at least 3-4 litres per day, to avoid dehydration and help the acclimatisation process.

Avoid drinking alcohol or taking sleeping pills and sedatives as this can decrease your breathing rate and increase your chance of getting AMS.

Diamox (Acetazolamide) is the most commonly known drug to help prevent or treat mountain sickness. It does not mask the symptoms of AMS, but it can help your body acclimatise faster. However, the side effects can be extreme, including tingling fingers and toes, and having to pee all the damn time, which is not convenient while trekking such busy routes. As a prevention, the recommended dose is 125mg twice a day, as a treatment, the recommended dose is 250mg twice a day, but please talk to a pharmacist or doctor first. 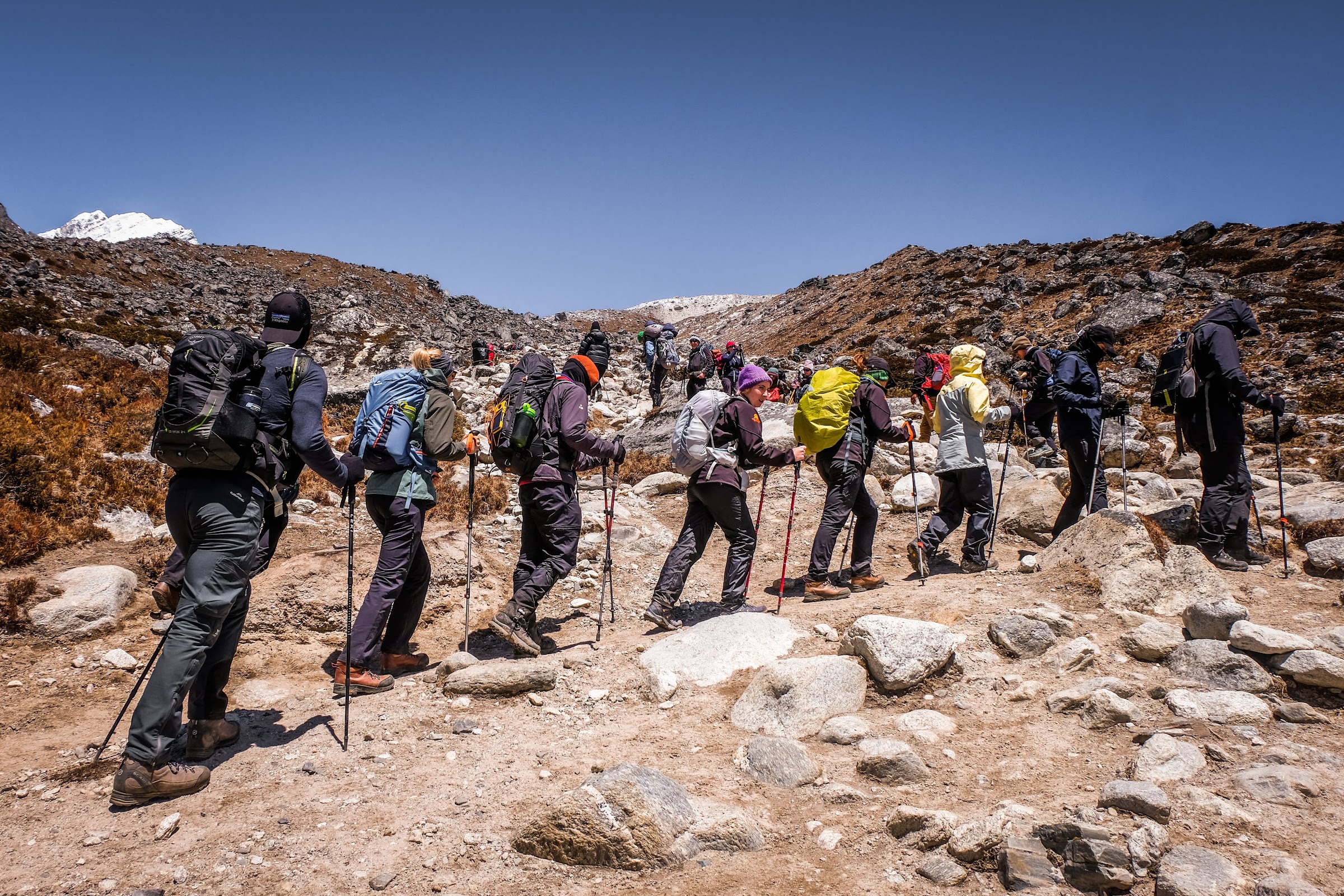 To sum it all up…

Before I went to the free talk in Manang I thought I knew all about altitude sickness, but I learned so much from the doctor. She was able to explain everything very clearly and was patient enough to answer a lot of our questions. I realised that I’ve actually suffered from AMS way more often than I thought, and I always pushed myself to carry on when it’s the worst thing I could have done! So please, keep this information in mind when planning your hike and allow for proper acclimatisation days to avoid getting sick and having to cut your trip short.

If you have any questions about the hikes feel free to leave a comment below, but please consult your doctor if you have any concerns about altitude sickness.

One thought on “Hiking the Himalayas: Everything you need to know about Altitude Sickness”