After riding the Trans Mongolian from Russia to China and only doing one actual day hike I was pretty desperate to climb a mountain… never thought I’d say that. But I made up my mind to head south from Beijing to the small city of Tai’An, to climb the holiest of the five great mountains. All 8000 stairs of it (there’s actually 7,200 stairs from the bottom to the first gate, but I’m counting all the extra stairs to get around the temple complexes).

The five great mountains are arranged according to the five directions of the Chinese compass, which includes the centre as a direction, and are some of the most famous landmarks in Chinese history. In the centre is Song Shan, to the north and east are Heng Shan (Shanxi) and Tai Shan, and to the south and west are Heng Shan (Hunan) and Hua Shan. Tai Shan is considered the most important because it signifies the rising of the sun, birth, and renewal. I arrived late at night at Taishan station (it’s closer to the start of the hike than Tai’An station) and took a shared taxi to the massive but deserted Taishan International Youth Hostel, which I would absolutely recommend because the owner has a very cute puppy. Also, it’s comfy, clean and in a good location.

The next morning I was up early to buy snacks and water, caught local bus 45 from the next street over for ¥2 (30¢) and rode it to the end of the line, near the base of Mount Tai. It’s 1km from Red Gate to the ticket booth, where you have to buy a pass for ¥125 ($18.20, it’s China, you can’t do anything for free). The stairs start almost as soon as you step off the bus but it’s really quite easy going and lulls you into a false sense of security. Also, the fact that, despite my pretty average walking pace, I was still overtaking 99% of other people made me feel pretty good about myself.

After another 3.5km of walking steadily uphill, climbing innumerable flights of stairs lined with trees, temples, shops, restaurants and toilet blocks (there is no wilderness left), you’ll reach a small village which surrounds the base of, you guessed it, a cable car. It wouldn’t be China without a cable car to take people up a hill. I was far too stingy to pay, it’s a rip off… a one-way ticket from just halfway up costs ¥100 ($15), so I got some lunch and started climbing again. 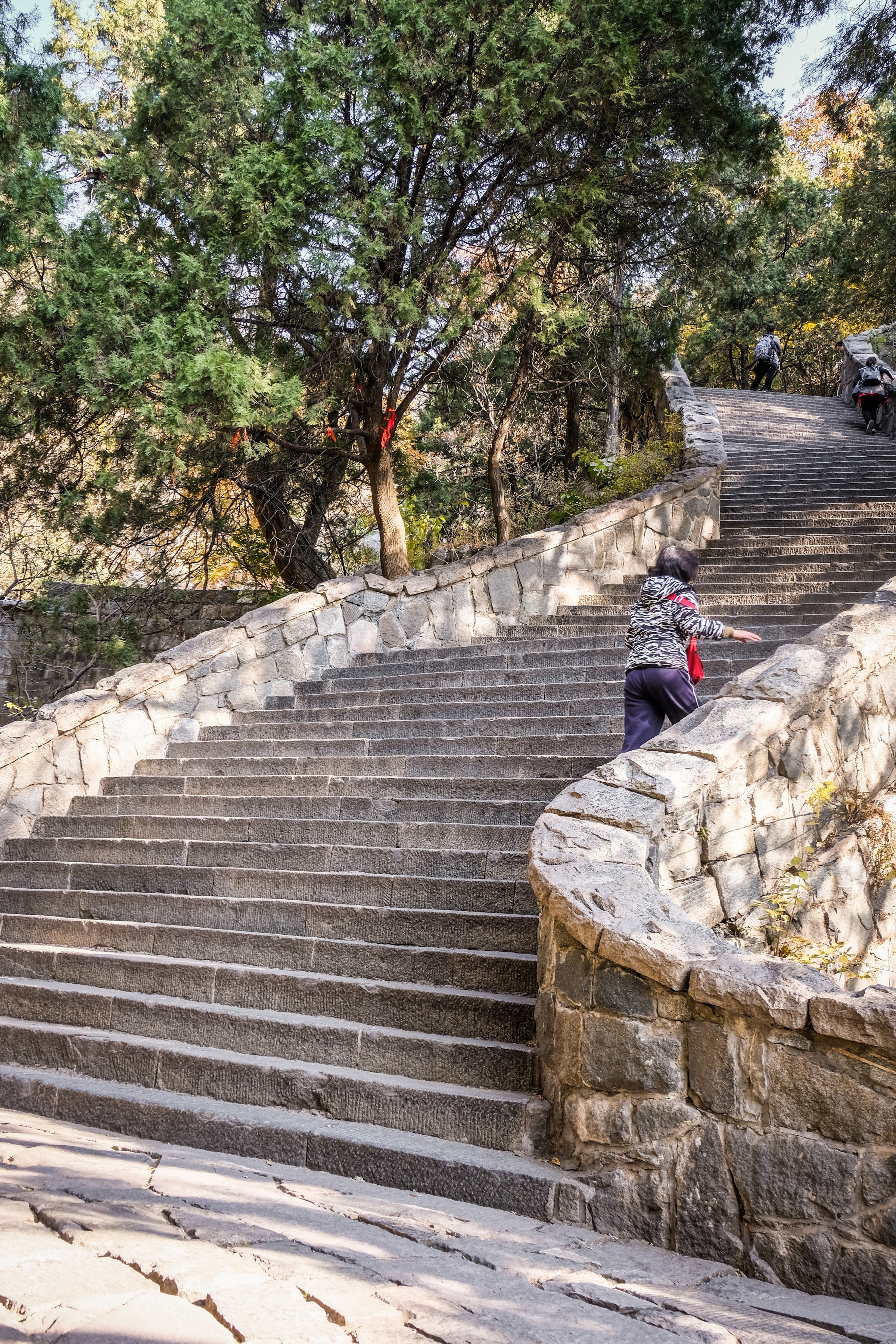 This is when it starts to get really tough. The trail is a little quieter because a lot of people have given up at this point and hopped on the cable car… but don’t give up! As you climb higher you start to rise above the tree line, you can see the city sprawled out below you and the peak rising above you, with a neverending, steep, awful flight of stairs.

Just keep going. Take it easy. It’ll be worth it. When you climb that last stair to stand under South Gate of Heaven and look down at how far you’ve come, it will give you a huge sense of achievement. Although don’t relax yet… you’ve only just scratched the surface of this massive temple complex on top of a mountain, and you’ll be spending the next few hours climbing up and down many flights of stairs to explore every spot. I spent a few hours visiting each temple and relaxing in different spots with the best views I could find. It’s very busy up there, but it’s not too difficult to find a quiet spot away from the crowds. Walk along Heavenly Street where you’ll find good food to eat. Visit the massive Bixia Temple, the Jade Emperor Hall, the Sun View Pavilion to the east (for sunrise views) and the River Enjoyment Pavilion to the west (for sunset views). 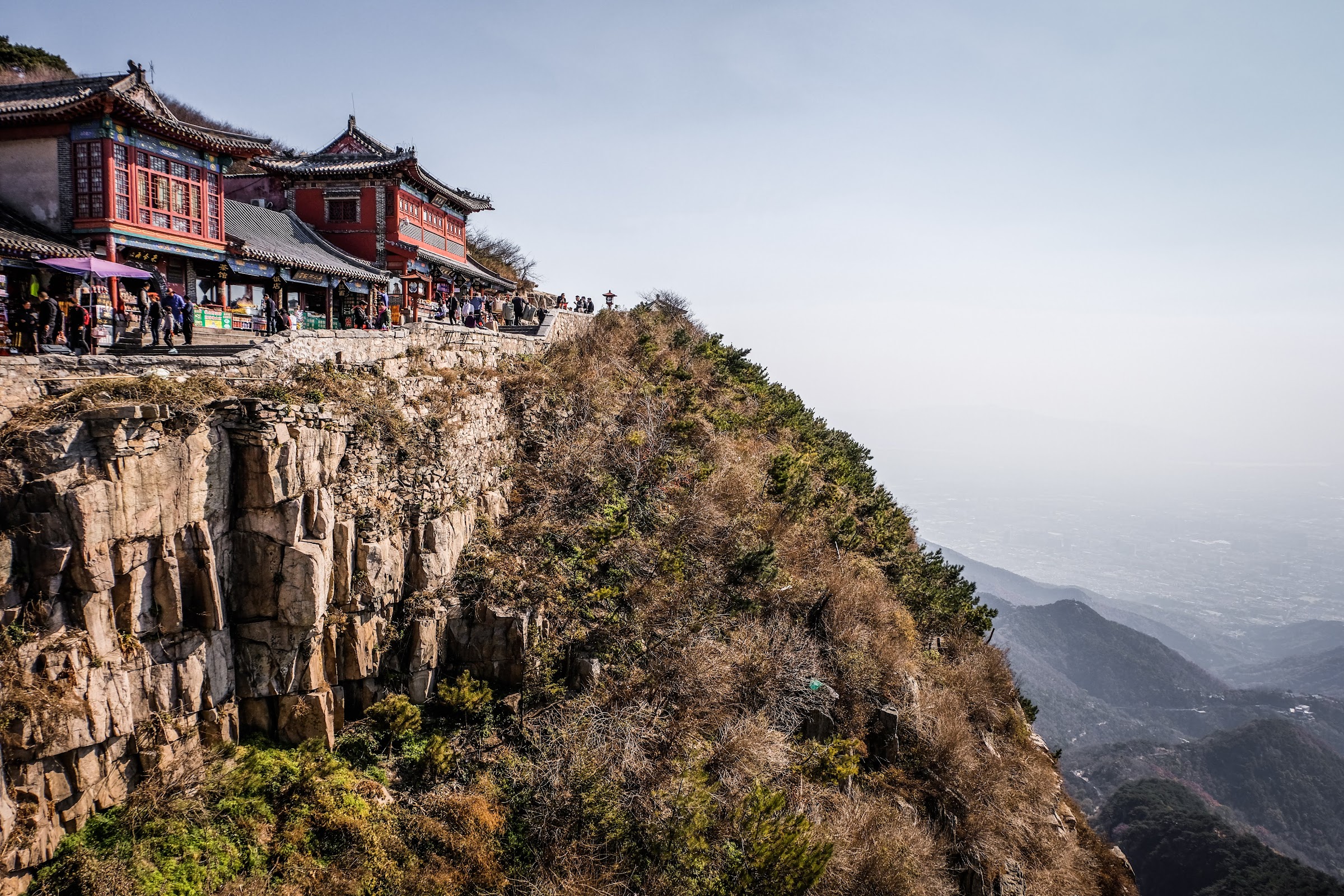 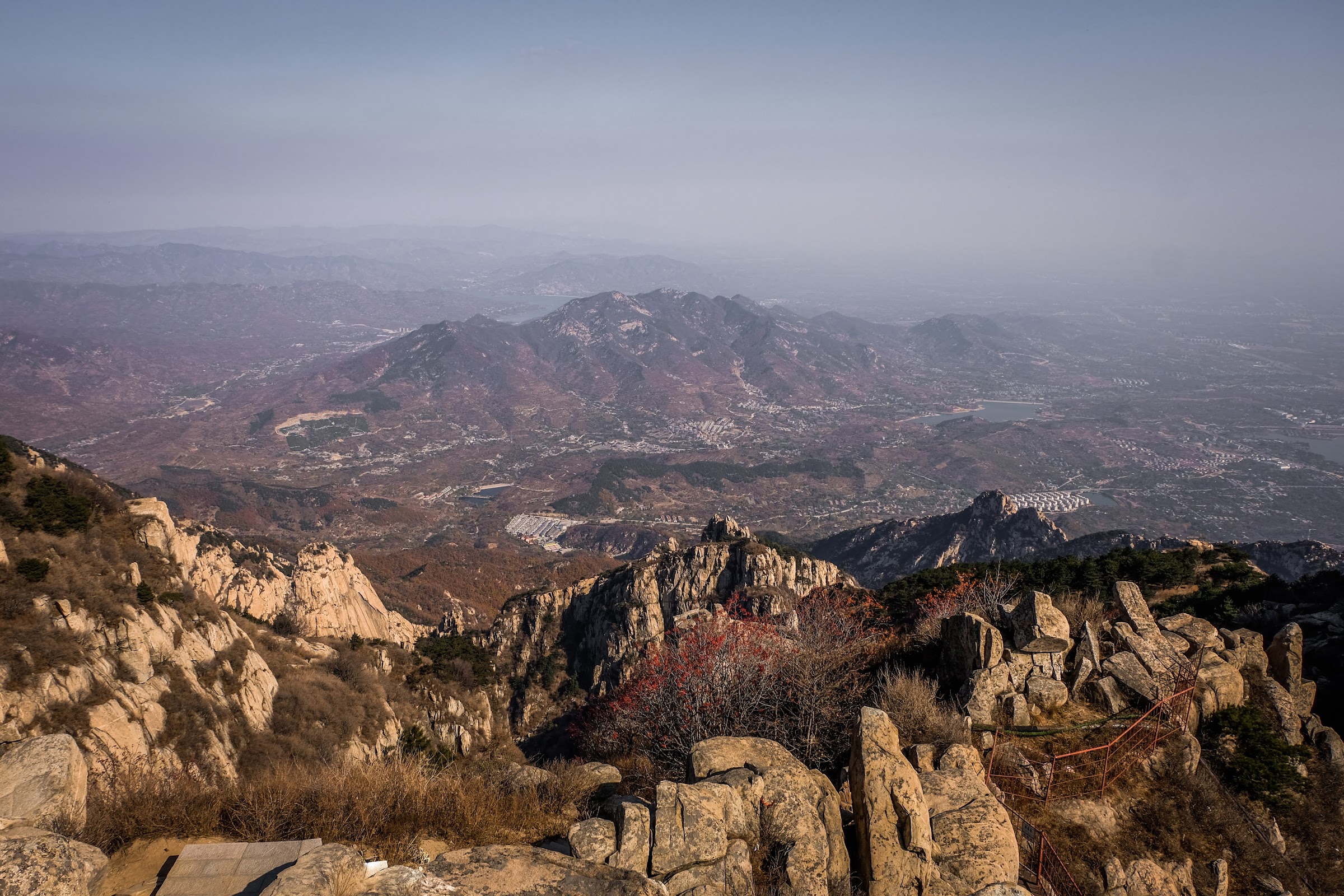 I decided to stay at the peak for sunset which was stunning, although it meant I had to sprint back down 8000 stairs, half in complete darkness because my phone battery died and I had no torch, in time for my night train to Luoyang.

It was an incredible day and this spot is easily accessible to anyone, whether you want to take the bus, the cable car or you’re own two feet. It’s only two hours south of Beijing, so you can even make a day trip out of it if you’re short on time!

Top Tip: Stretch after the hike, otherwise you’ll be unable to move the next day, or the next week. Trust me.

If you have any questions about the hike, feel free to leave a comment below.