I was pretty excited to visit Luoyang so I could explore the magnificent Longmen Grottoes and the legendary Shaolin Monastery, but my first day there was terrible.

After an awful sleeper train from Tai’An sharing a cabin with a woman and her baby who literally did not stop crying the entire night, taking a two-hour public bus through the city, not being able to get into the hostel, not being able to find an ATM which also meant not being able to buy food, and trying to catch a bus to the caves that never showed up… I decided to call it quits. I bought beer and snacks and spent the rest of the day in bed.

Luckily, the next two days were slightly more successful! I still never found a public bus that would take me to the Longmen Grottoes (you can’t use Google Maps in a country where Google is banned, and you can’t ask for directions in a city where no one speaks English), so I ended up taking a taxi for ¥20 ($3). 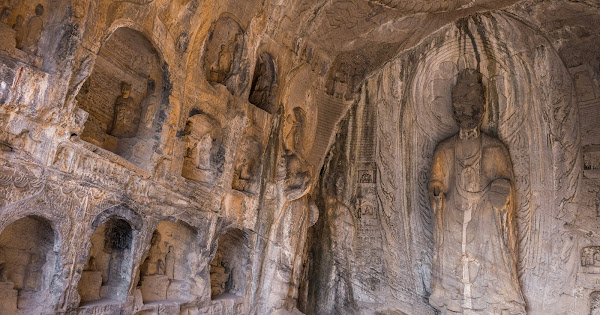 I was sceptical to visit these after such a wonderful day exploring the Yungang Grottoes, but I had nothing to worry about. In fact, if I had to recommend just one, it would be the Longmen Grottoes! Although the caves themselves don’t have the colour or detail of Yungang, the scale of the complex will blow your mind.

The caves were dug from a 1km long stretch of cliff that runs along both banks of the Yi River. There are over 2000 cave shrines, 2860 inscriptions, 70 Buddhist pagodas and more than 100,000 statues of Buddhas (ranging from 2cm to 17.14m). Construction started in 493AD during the Northern Wei Dynasty.

Tickets cost ¥120 ($17.50) and include entrance to all grottoes, Bai Garden (Bai Juyi’s tomb) and Xiangshan Temple. It opens between 7 and 7:30 am but get there as early as possible to try and avoid the worst of the crowds.

You start the tour on the tree-lined street along the west bank and it’s here that you’ll find some of the most impressive grottoes – Guyangdong, Binyang, and Fengxian. I managed to stay just ahead of the biggest groups of people so it was quite peaceful, but I can imagine it’s tricky navigating the higher, narrow walkways when it’s busy.

I don’t really know how to adequately describe this place… it was incredible, very impressive, awe-inspiring, yada-yada-yada. The photos don’t do it justice, and you could never appreciate the scale of things until you’ve stood there yourself under the towering Lu She Na buddha. 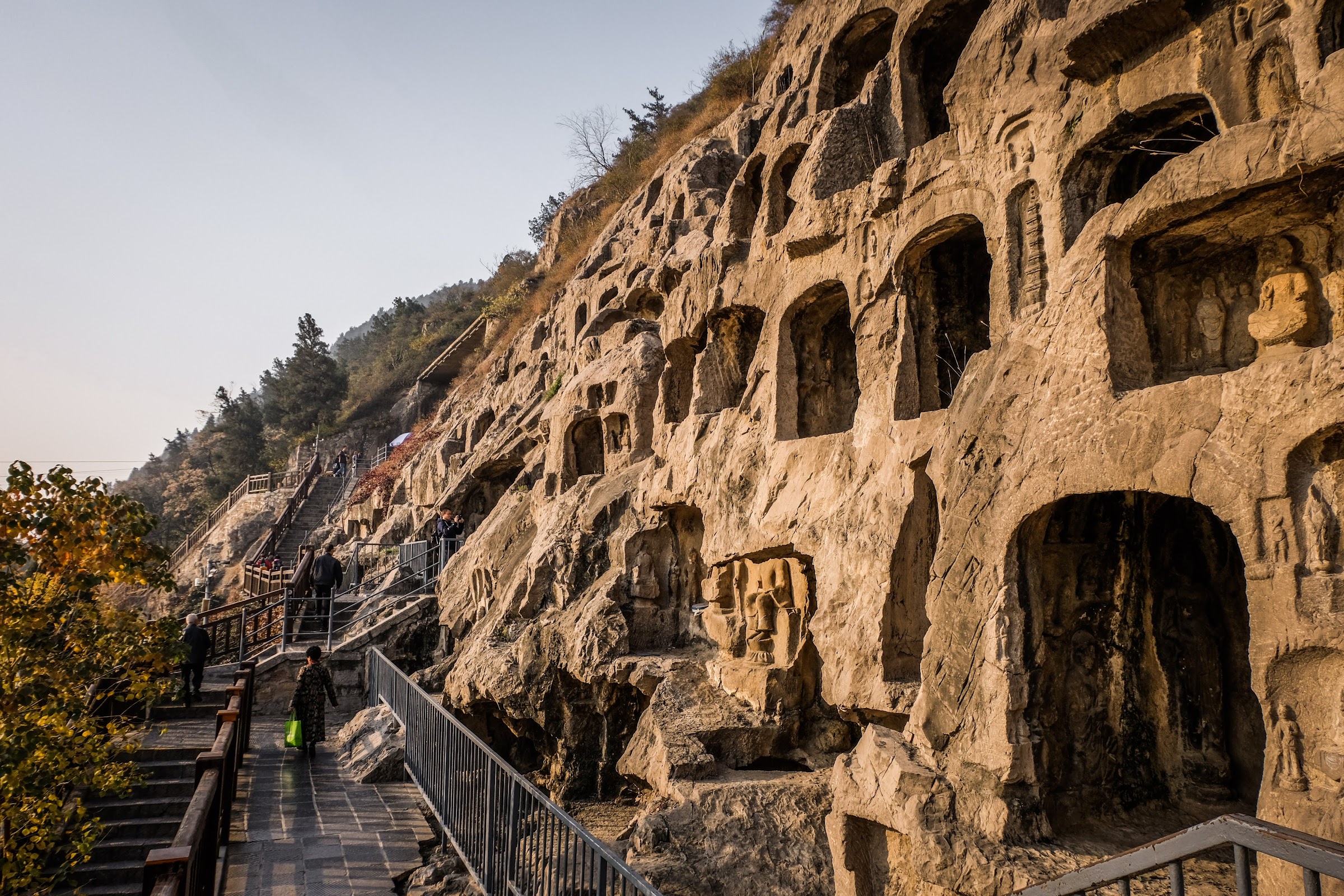 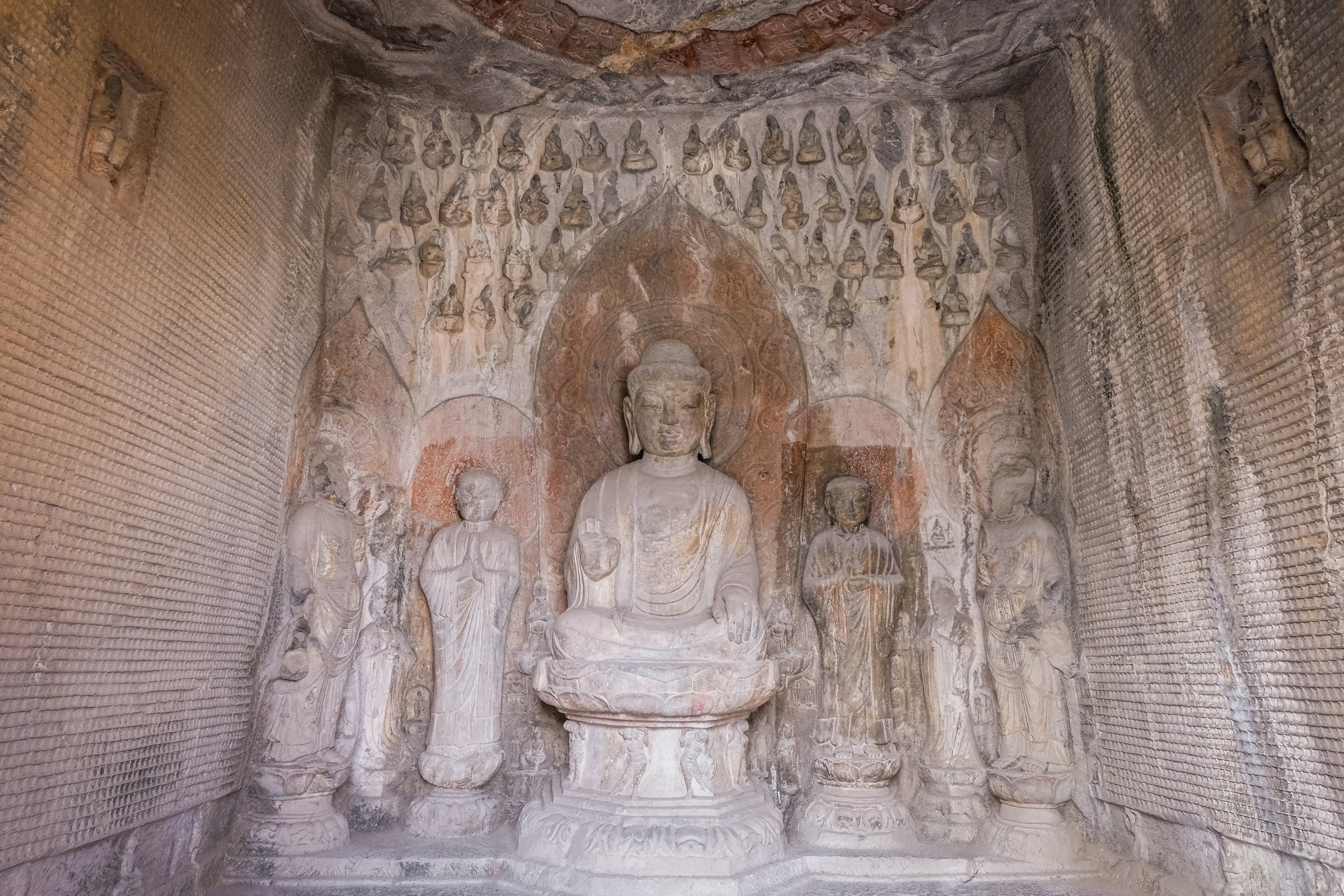 As you cross the bridge to the east bank you get the perfect panoramic view of the west side and its honeycomb carvings. While this side isn’t as impressive, you can still explore the museum and a number of smaller caves hidden in the hills. Follow the river north eventually you’ll come to the Xiang Shan Temple, and finally to Bai Juyi Tomb and Garden. From there it’s a short walk back across the river to the entrance, where you’ll be able to flag down a taxi to take you back to your hostel or hotel for another ¥20. 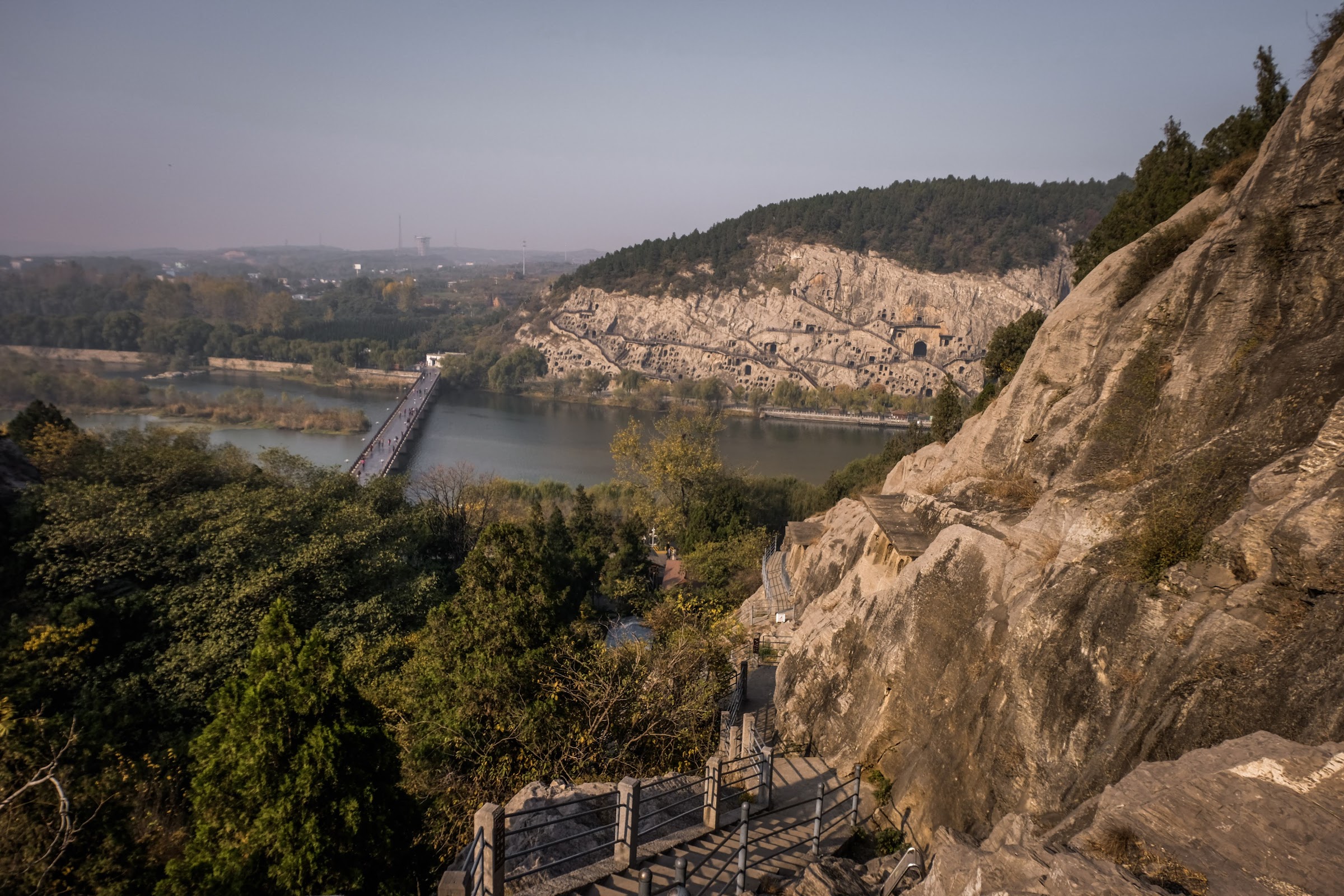 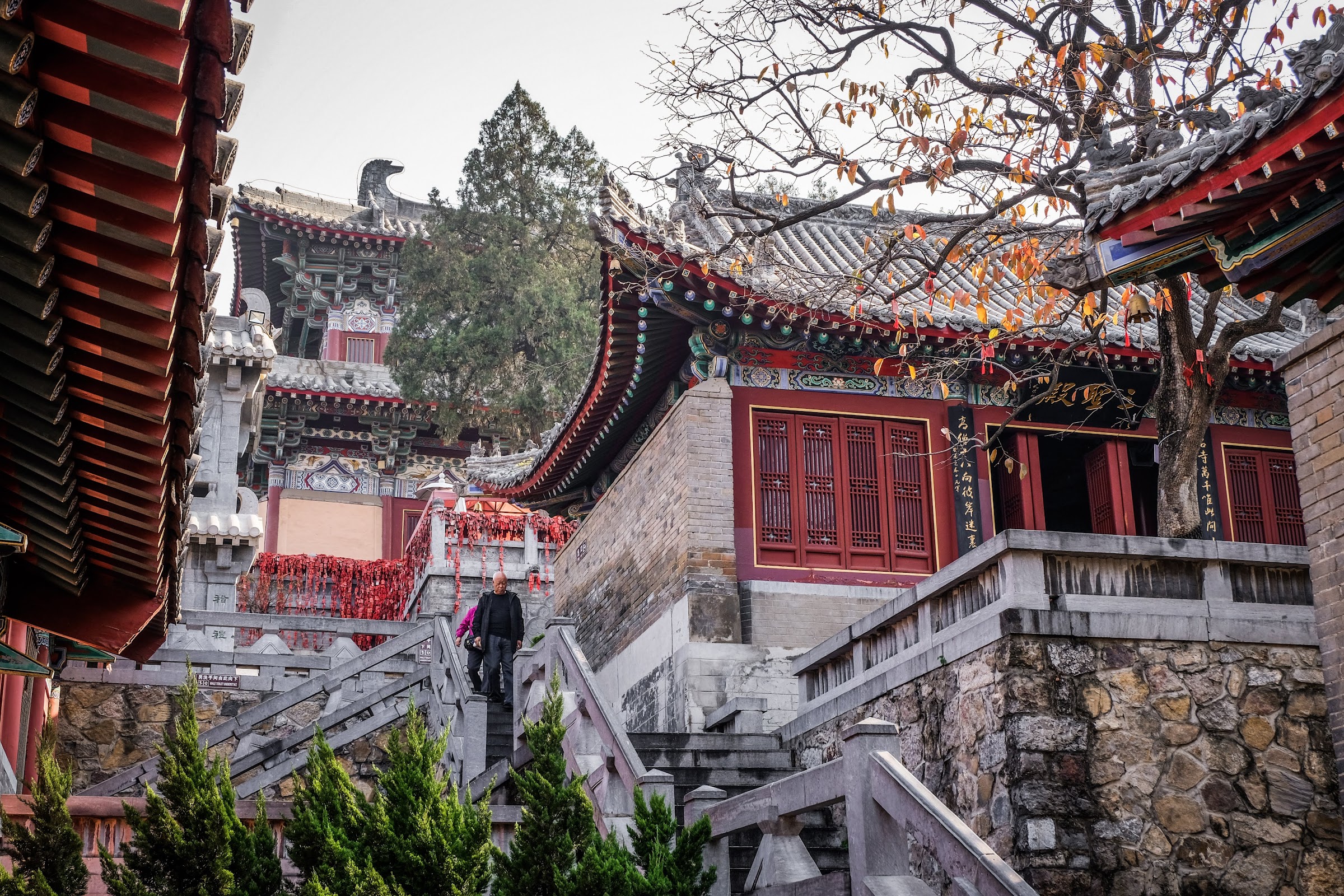 I thought this place, also known as the Shaolin Temple, was as famous as the Terracotta Warriors or the Forbidden City, but it turns out hardly anyone has heard of it. What’s wrong with you people? Haven’t you ever seen a kung-fu movie? This UNESCO World Heritage Site is the main temple of the Shaolin school of Buddhism, and it’s absolutely worth a visit.

You can spend an entire day strolling through the grounds of this huge complex, watching the young monks train in their deadly yet beautiful form of martial arts while also exploring many temples and the Forest of Steles. It might be cheesy, but one of the main draws was the Kung Fu Show. It’s on a few times a day and features some of their best students fighting with such grace, and bending their bodies into impossible positions while they do it.

To get here from Luoyang, make your way to the Central Bus Station (outside the Luoyang Railway Station) and you can catch one of many local buses heading towards Dengfeng, just tell the driver you want to get off at Shaolin Temple. Coming home is even easier, you can pretty much hop on any bus leaving the car parks outside the main gate, before you even get to the road. The bus tickets were ¥20 ($2.75) each way, and entrance cost ¥80 ($11.60) which is actually quite reasonable for China. 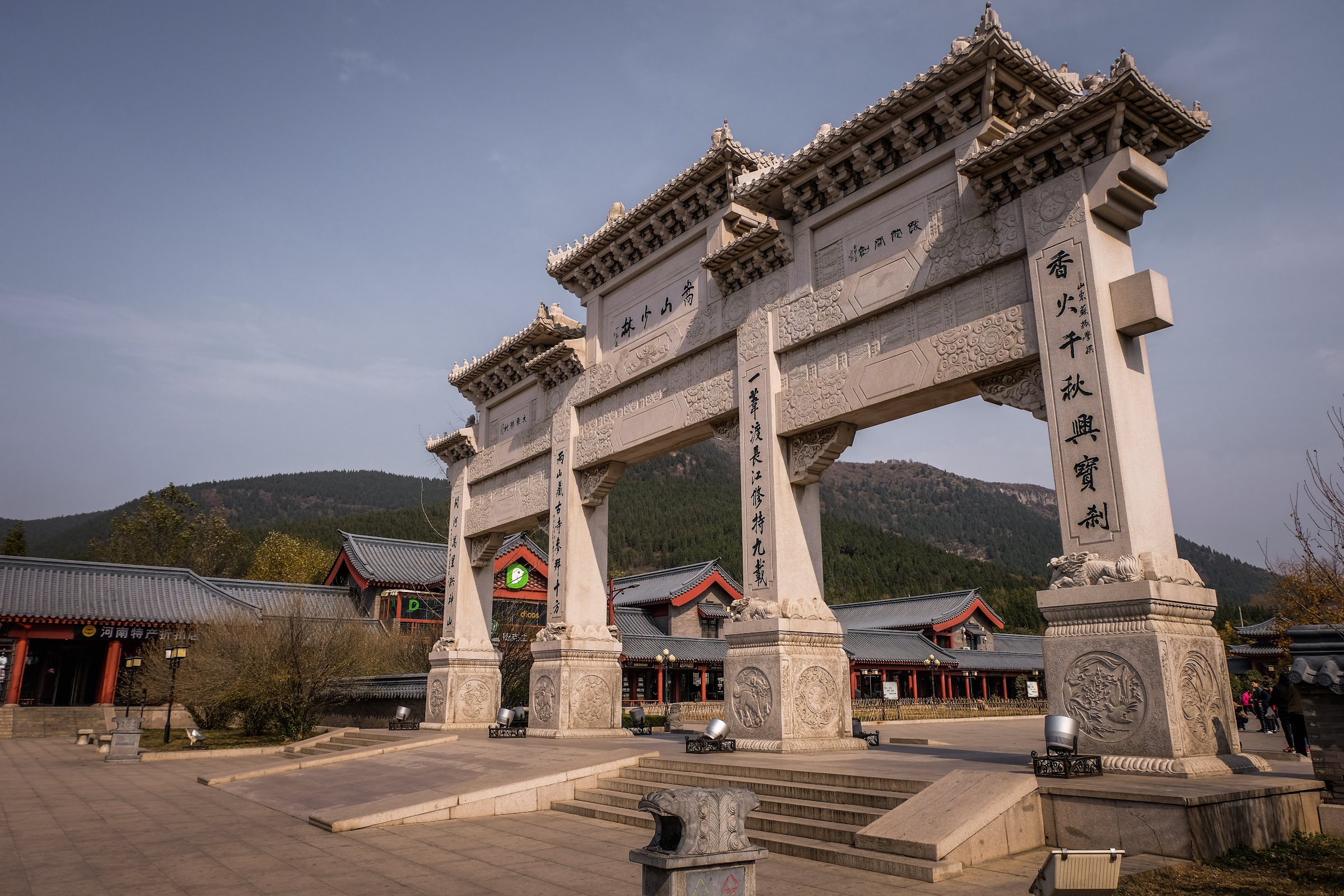 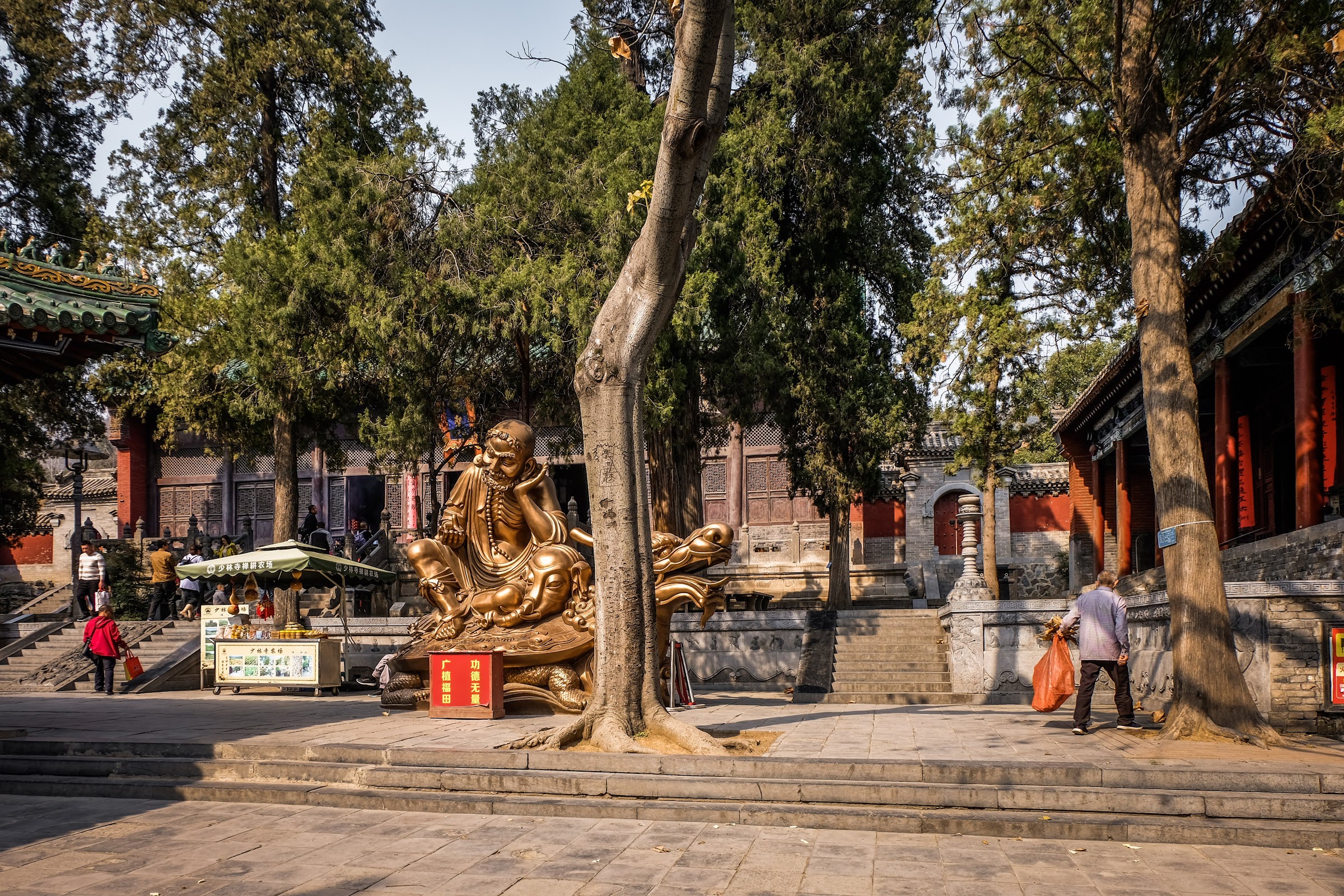 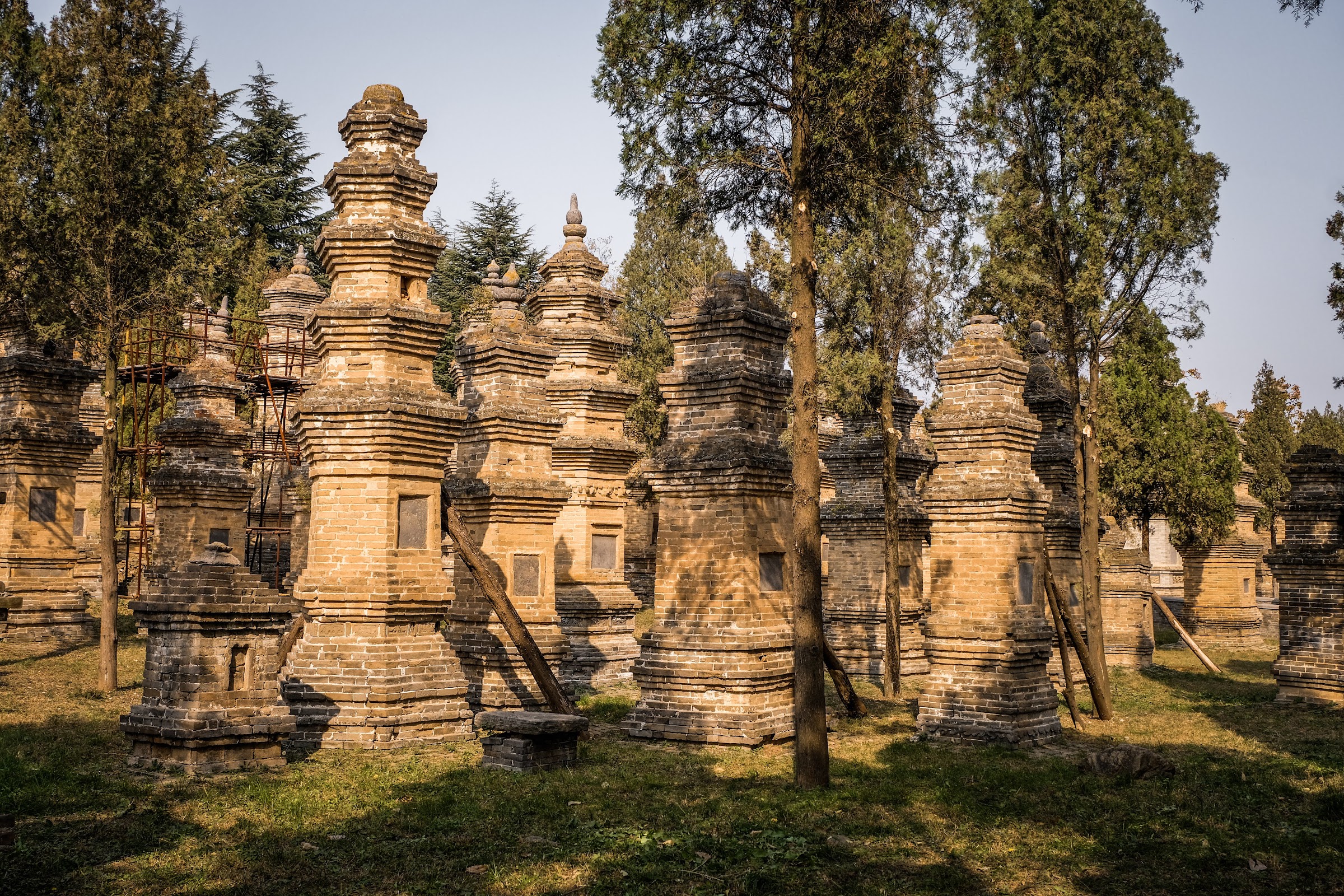