Have you seen the viral video on Instagram of the guy climbing a white tower that looks like it sits thousands of feet above the valley floor? Well, I did, then I realised it’s in Sri Lanka so of course, I had to find it for myself.

Ambuluwawa is a 48m high Buddhist temple in Gampola, near Kandy, perched on top of a hill 3560m above sea level. There’s a narrow spiral staircase that winds its way to the very top, and that nerve-wracking climb rewards you with probably the best 360° views in the country. 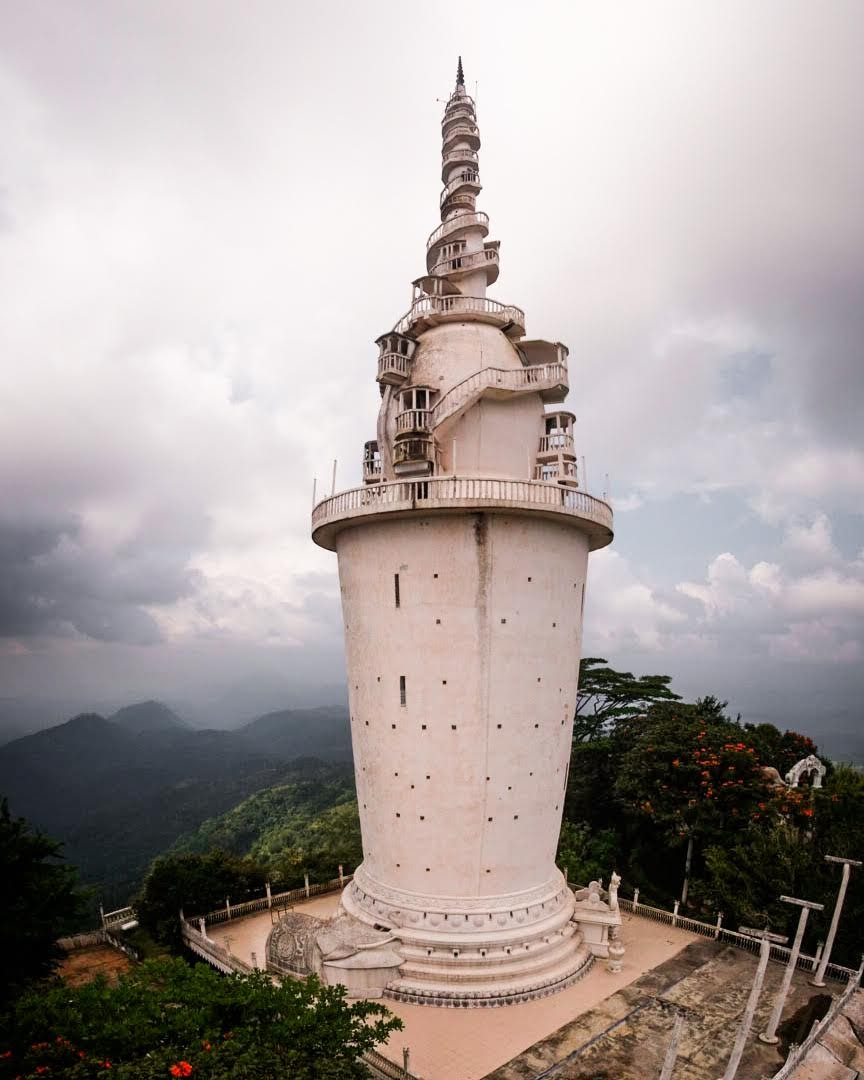 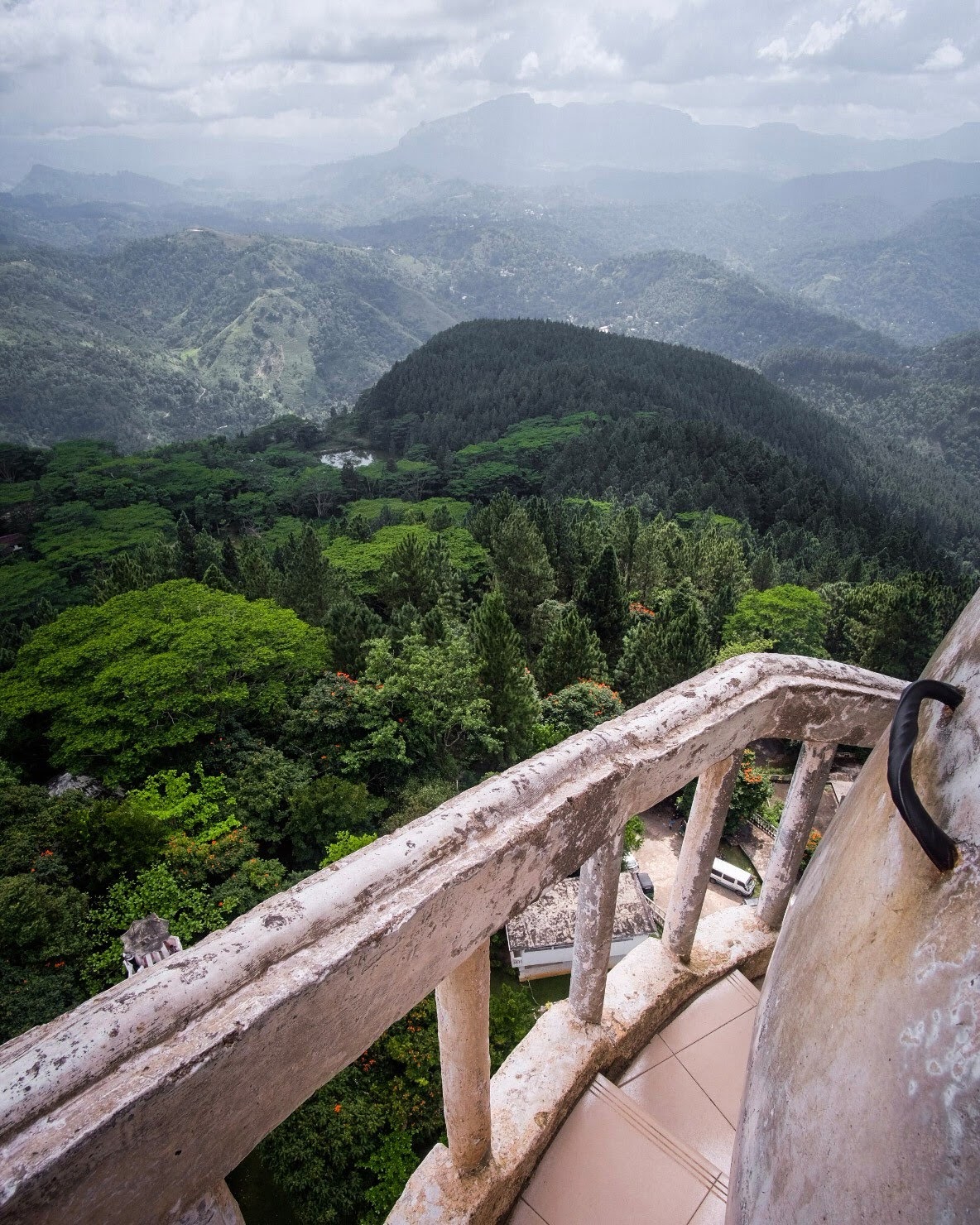 You start climbing inside the wide base of the tower, and after a few flights of stairs, you emerge on a balcony with already impressive views, then continue climbing on the outer spiral staircase that just gets narrower the higher you get. It’s nerve-wracking, especially when high winds are blowing and you have to find creative ways of passing those coming down, like ducking into the tiny rooms inside the tower.

The view doesn’t really change as you climb, so if you don’t make it to the top then don’t worry! It’s really just for bragging rights and adrenaline junkies. 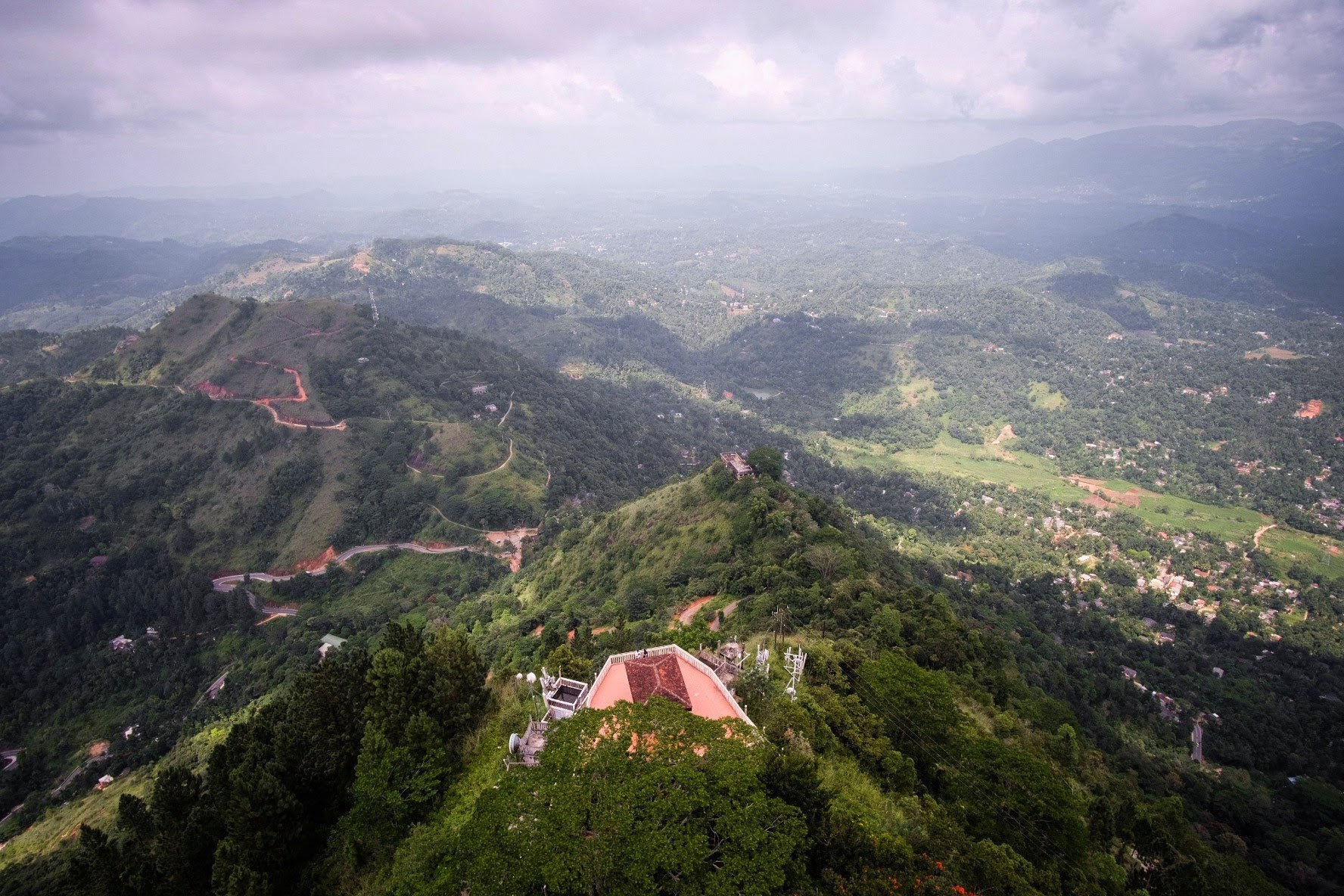 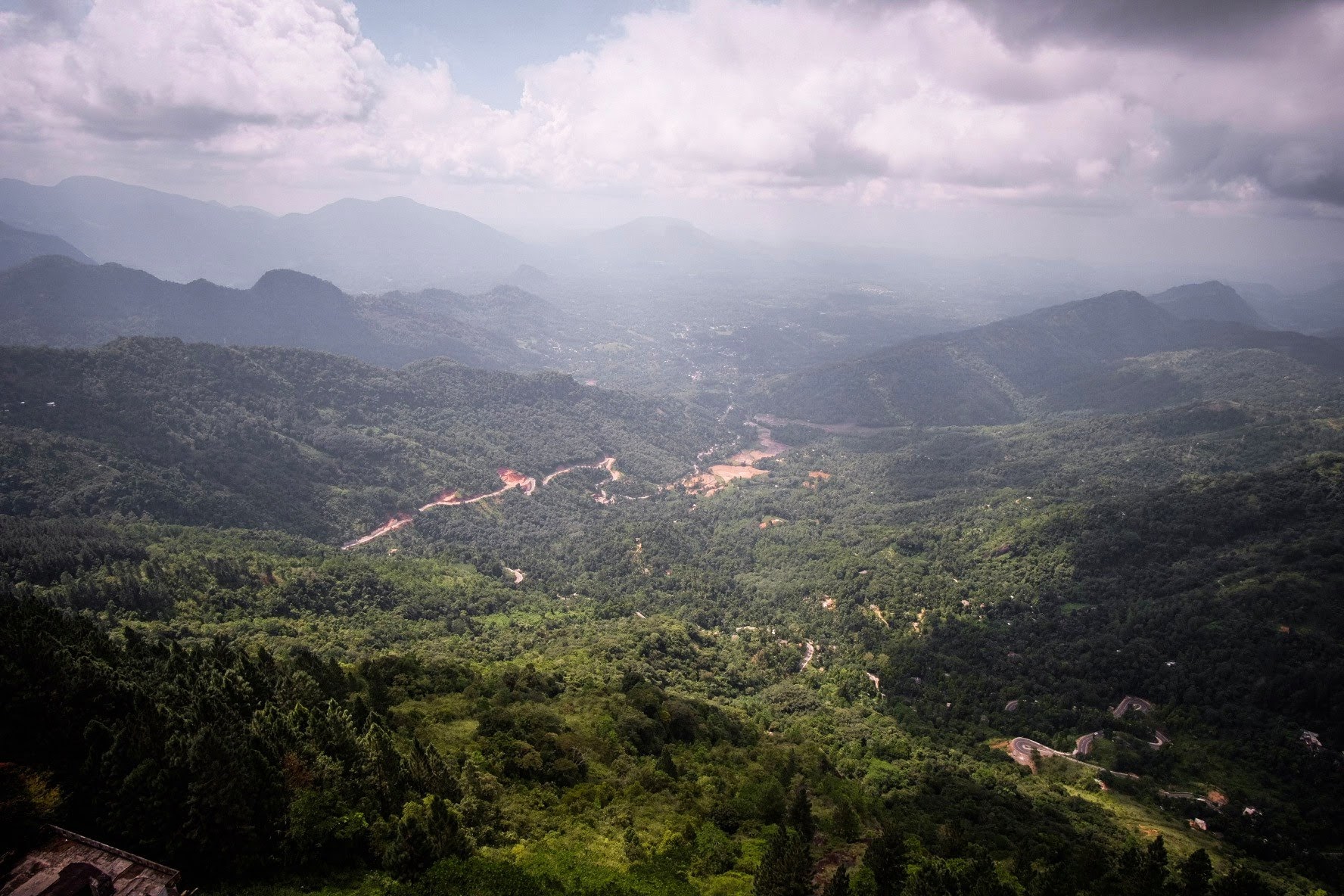 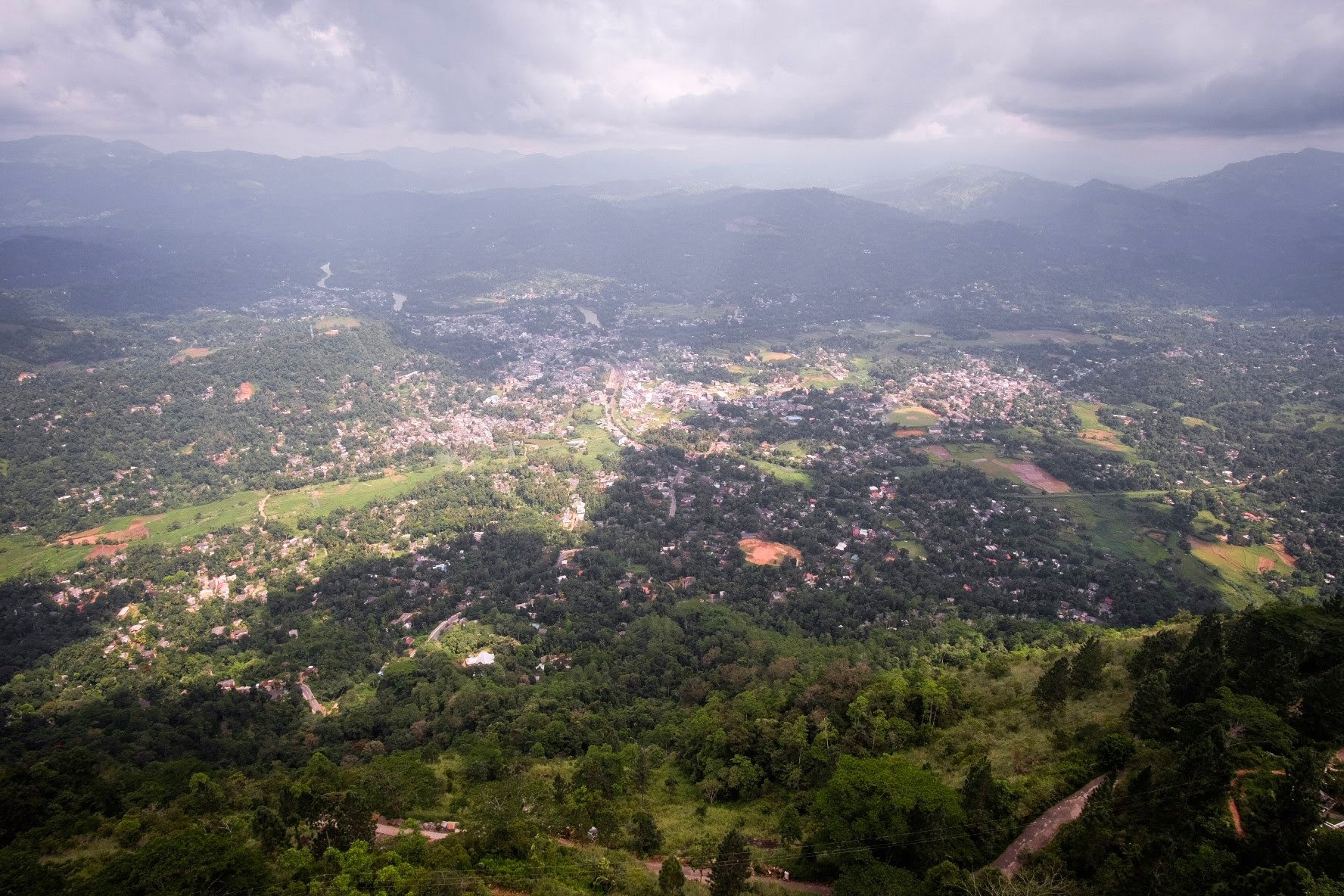 How to get to Ambuluwawa

Getting here is easy, just hop on a train or bus to Gampola, 20km southwest of Kandy. We took the bus from the Central Bus Station, it cost Rs.45 (20p) and took around 45 minutes, the train would be faster but doesn’t run as often.

From Gampola you need to take an overpriced tuk-tuk, either to the base of the mountain for Rs200-400 which means walking up a steep 5km switchback in the (probably unbearable) heat, or to the top, which I would absolutely recommend. 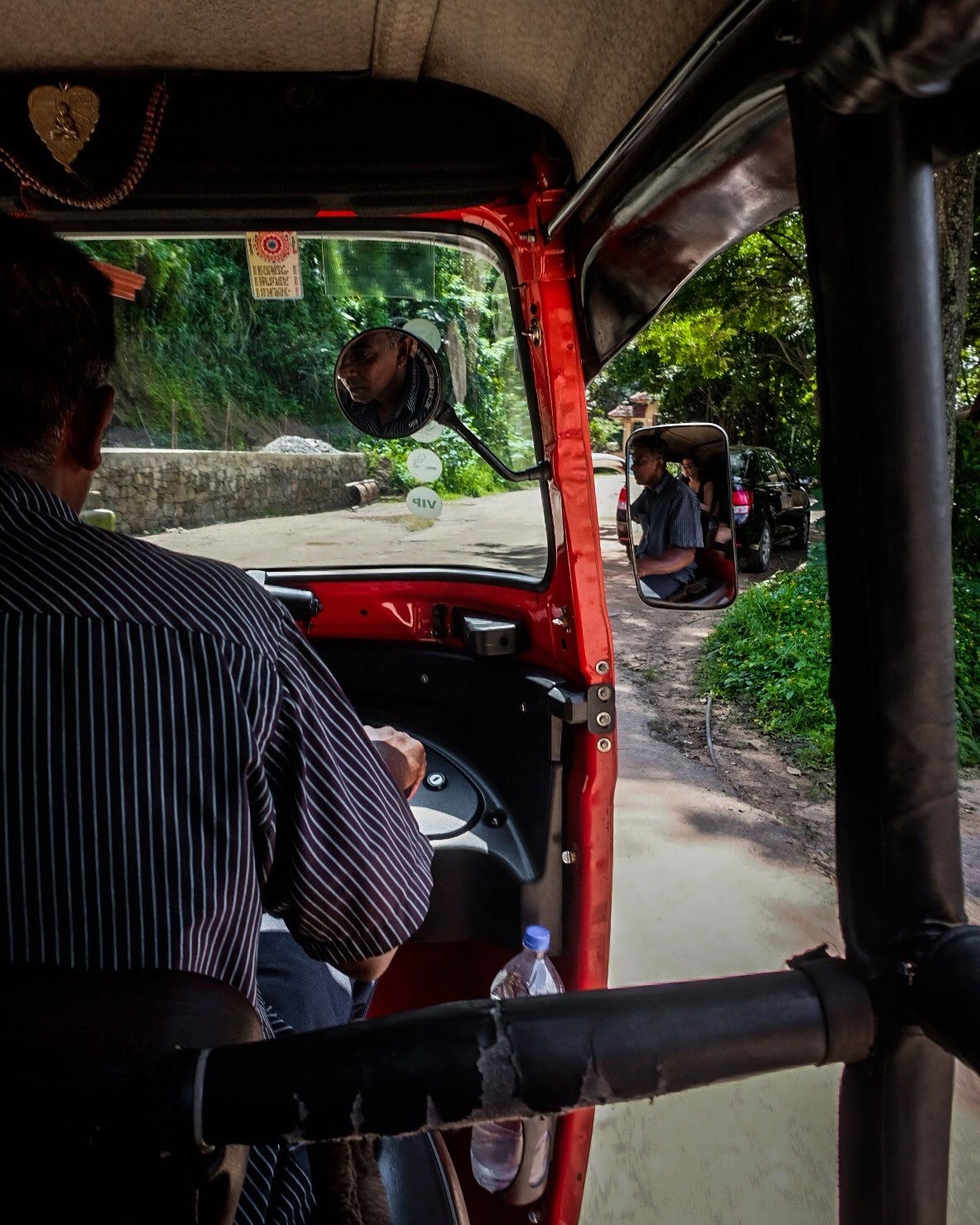 You could easily take a tuk-tuk or taxi from Kandy to the top of the hill, they quoted us Rs.3500 (£14) but you should be able to haggle the price down, and it saves you the hassle of public transport if you’re not on such a tight budget.