Riding the train in Sri Lanka is definitely the best way to get around most of the country. It’s super cheap, very scenic and a great way to get a glimpse of local life. The most famous train line of them all is the incredibly beautiful seven-hour journey from Kandy to Ella, and it was one of my main reasons for visiting this country! Here are a few tips to help you make the most of this incredible experience.

There’s a first-class observation car at the back of the 1007 train that departs daily from Peradeniya Station (the one before Kandy) at 12:31, arriving into Ella at 18:23. Some are air-conditioned so the windows won’t open, some don’t have AC so the windows will open, but they all have a large viewing window at the end so you can sit back and relax.

Standard first-class carriages are usually air-conditioned so you won’t be able to open the windows, but it’s definitely the most comfortable way to travel if you’re not fussed about hanging out the train to get photos.

Second class carriages have two seats on each side of the train, it’s still very comfortable and you’ll have a chance to get better photos because the windows open. I would recommend this option for most people!

Third class has three seats on one side, two on the other, it can get very crowded but it’s still a good option. We actually ended up sitting in third class for the second half of our journey, it was fun chatting with the locals, and because there are fewer tourists you’ll have a better chance of getting a space at one of the open doors. 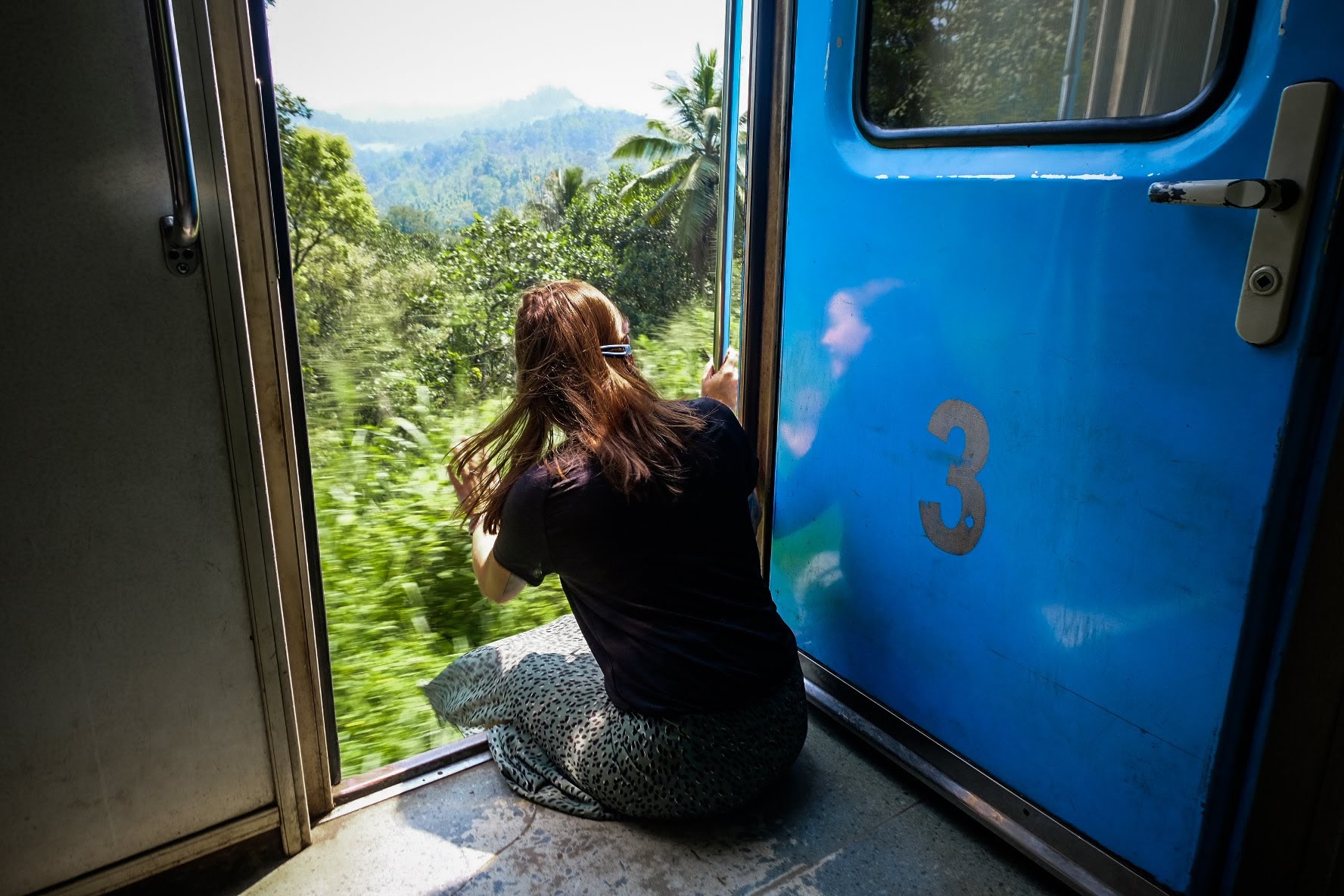 During the high season (December to April) it can be booked out months in advance, so if you know when you’re going then you can book your own ticket through 12Go for a small fee. If your dates are set in stone and it says it’s sold out, it only means the reserved tickets are gone, you can always buy an unreserved ticket at the station the day of travel, they never sell out.

You can get reserved first, second, or third class seating on the trains that leave Kandy daily at 8:47 or 11:10 and these can be booked up to 30 days in advance online via 12Go, or at any station as soon as you arrive. If you’re crap at planning, or coming outside of high season (any time from May to November), you can buy unreserved second or third class tickets on the day at the station. 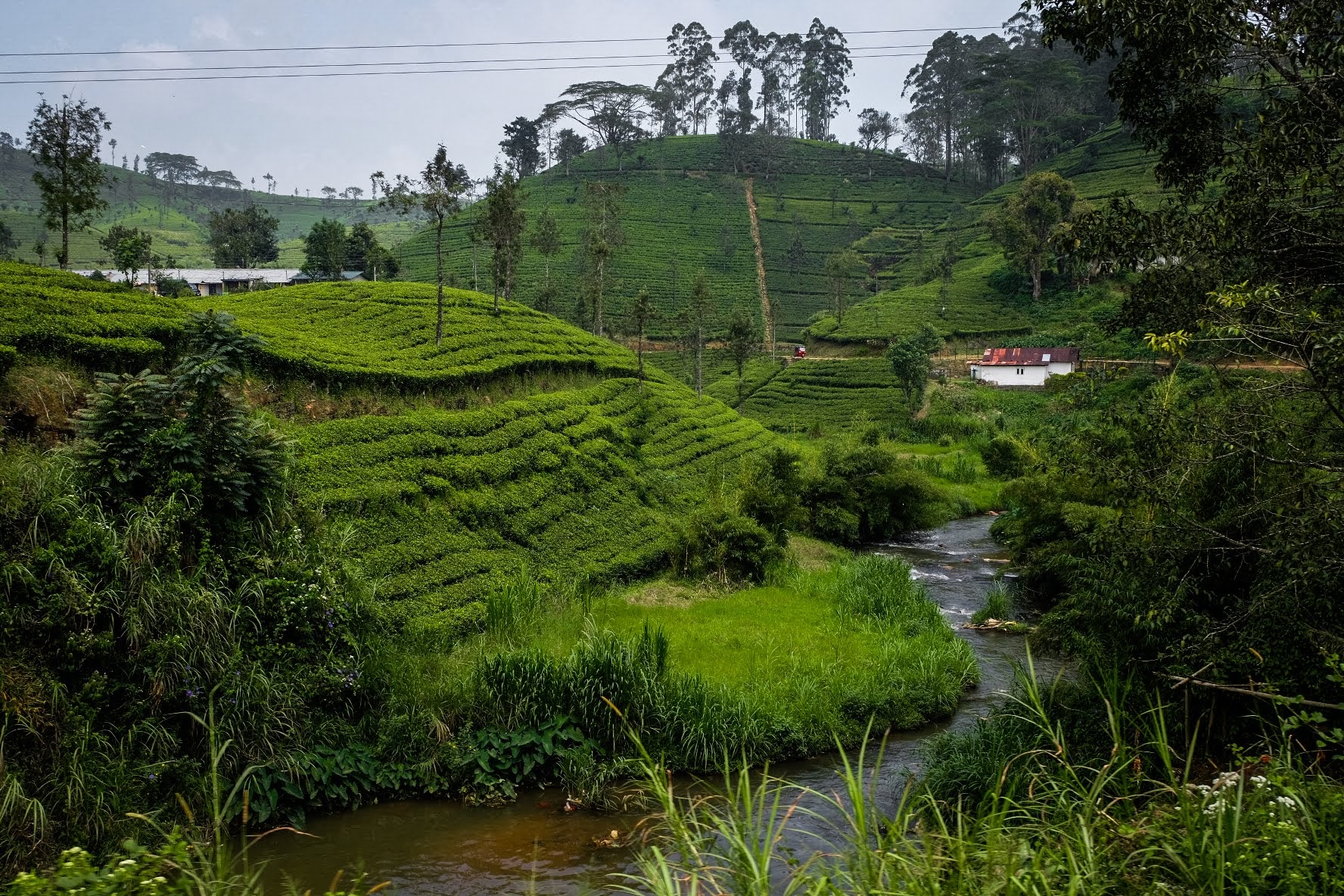 While it can seem stressful making sure you get the right ticket and the best seat, don’t stress too much. You can simply hop on, grab any seat that’s available, store your backpack in the luggage racks and spend some time moving around from second to third class, standing in open doors getting that famous shot for the ‘gram, sitting with the locals, and watching the world pass you by. 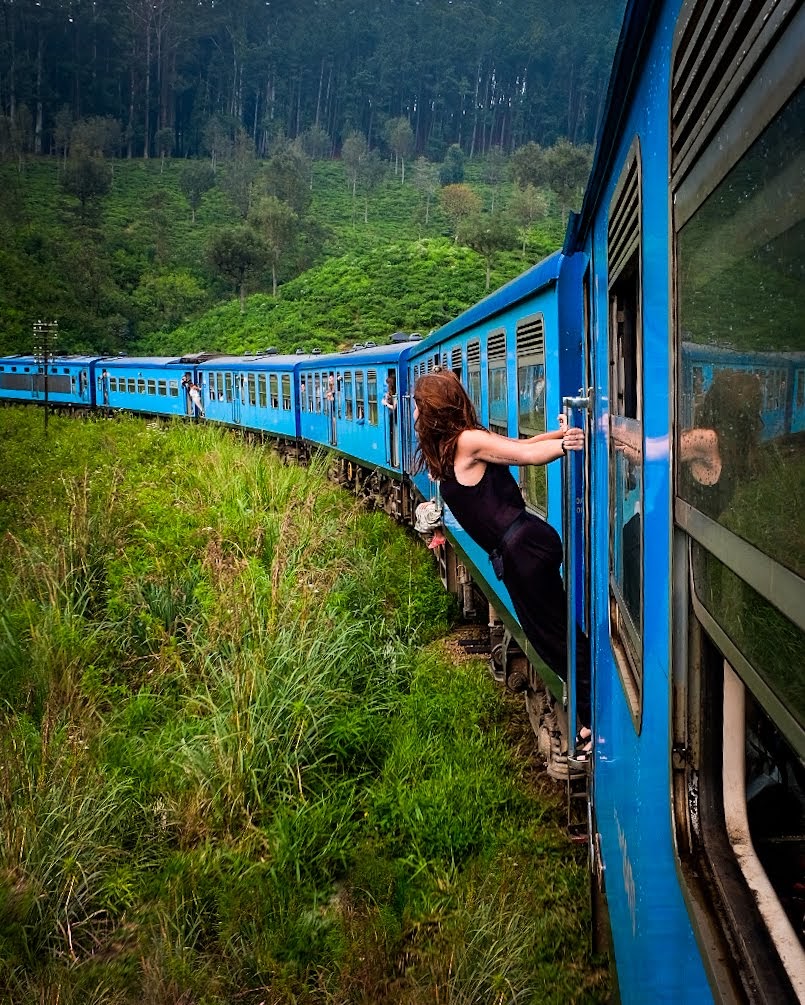 Stops along the way

Did you know the train actually starts in Colombo? So if you’re arriving into Colombo airport and short on time you can jump straight on the train at Colombo Fort Station and make your way from there. It makes another stop at Peradeniya Station, just before Kandy, if you want to start there instead to avoid the main crowds.

Kandy Station is the starting point for most passengers (except for those going the opposite direction of course) and it’s worth spending a few days there to explore! There are some nice places to see in the city, you can make a day trip to Ambuluwawa or even go north to Sigiriya to visit Lion and Pidurangala Rocks and go on safari at Kaudulla National Park.

If you’re done any research at all about Sri Lanka you’ve probably heard of the famous sunrise climb to the top of Adam’s Peak. Hop off the train at Hatton Station and you can take a bus or two to the tiny town of Nallathanniya where you will spend the night before starting your hike.

Another popular destination is Nuwara Eliya, especially if you want to visit Horton’s Plains and go hiking in the surrounding hills. The train doesn’t actually pass through here, so you’ll need to disembark at Nanu Oya Station and take a taxi to Nuwara Eliya.

There’s no need to get off at the next stop, Haputale Station, but keep in mind that the journey between here and Ella is probably the most scenic part! Not to say that the whole journey isn’t already impossibly stunning, but this section really stands out. Make sure you have a window seat or a door to hang out of!

You’ll definitely want to stop at Ella Station because the famous backpacker town of Ella has so much to see and do. Spend a few days here hiking in the hills, visiting waterfalls and gorging yourself on some of the best food we found in the country.

The final stop is Baudulla Station, this is where you want to go if you have your heart set on crossing the famous Nine Arch Bridge on the train. Just keep in mind that the trains don’t run very often and it’s a long, slow journey just to cross that bridge. It does help that the views are spectacular as well! 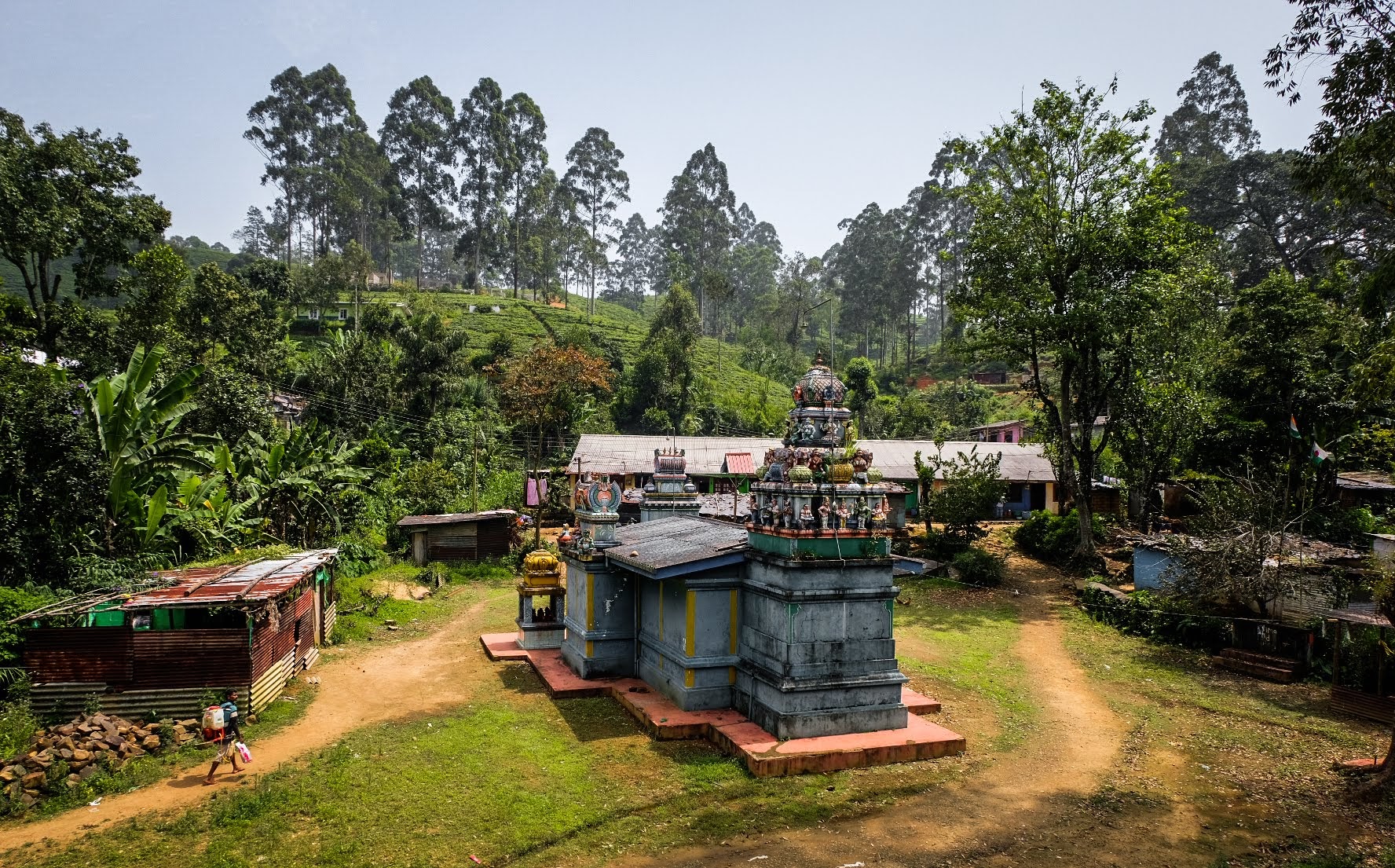 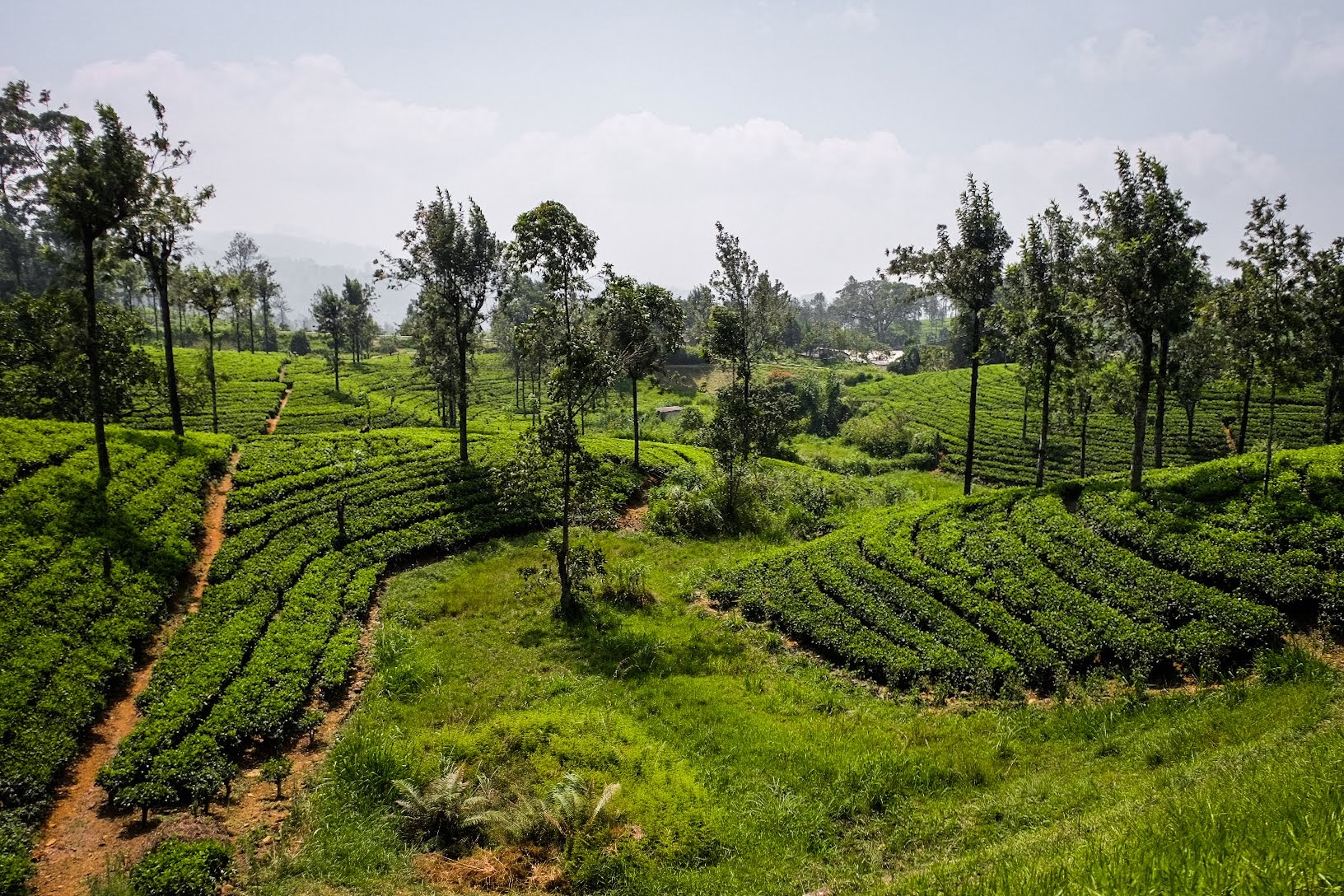 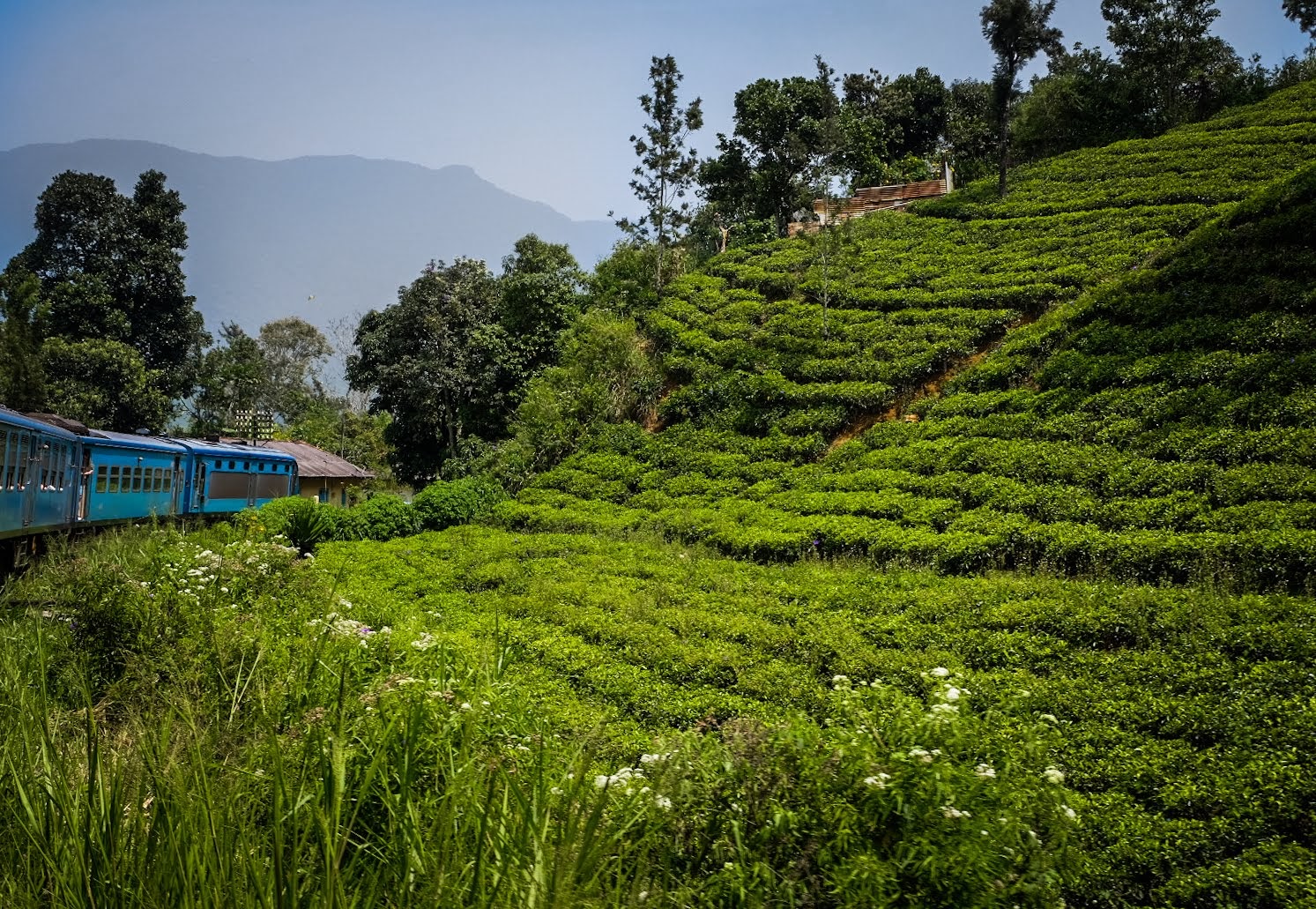 Have you ridden the Kandy to Ella train, what did you think? Let me know in the comments below!

2 thoughts on “Riding that famous train from Kandy to Ella”