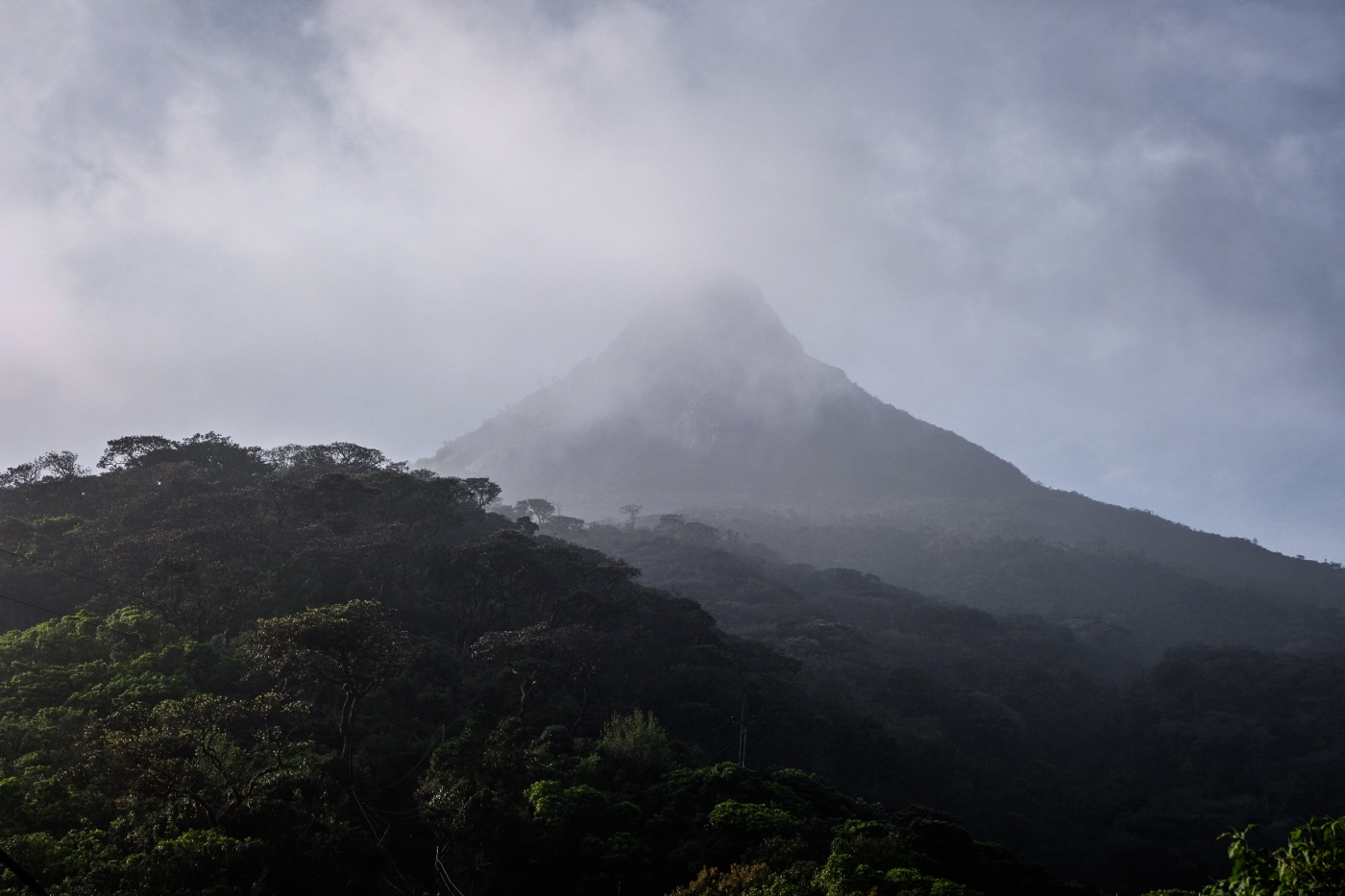 Climbing Adam’s Peak for sunrise is as popular an activity as riding the famous train from Kandy to Ella or going on an elephant safari. One of those “must-do” activities that everybody raves about, you can’t miss it, the best thing they did in Sri Lanka, blah blah blah. I’m a sucker for these kinds of adventures, so of course I did it.

Here’s a very honest blog post about my personal experience, because let me tell you, it wasn’t the best thing I did there. It wasn’t even in the Top 10 (but that might just be because everything else was so amazing).

Let me give you some background on this hike, and why it has become so famous. It’s not particularly hard, long, or high, but it’s a holy pilgrimage that caters to many religions. Christians believe it’s the place where Adam first stepped foot on earth after he was exiled from heaven. Buddhists believe it was the last step that Buddha took before reaching Nirvana. Hindu’s believe it’s the footstep of Lord Shiva. It’s first and foremost a pilgrimage, but of course, tourists will flock there to be part of something special.

The other thing to keep in mind is that high season in this part of Sri Lanka runs from December to May when you’ll be climbing with hundreds, if not thousands, of pilgrims and tourists to reach the summit as the sun rises, although people will be hiking 24 hours a day. The path is well lit, there’s an energetic vibe, and you’ll be able to get into the temple at the top. Be warned, I’ve heard tales of people being stuck in queues for up to ten hours, so by the time they reach the top the sun has well and truly risen. Even though it’s crazy busy, it sounds amazing, right? 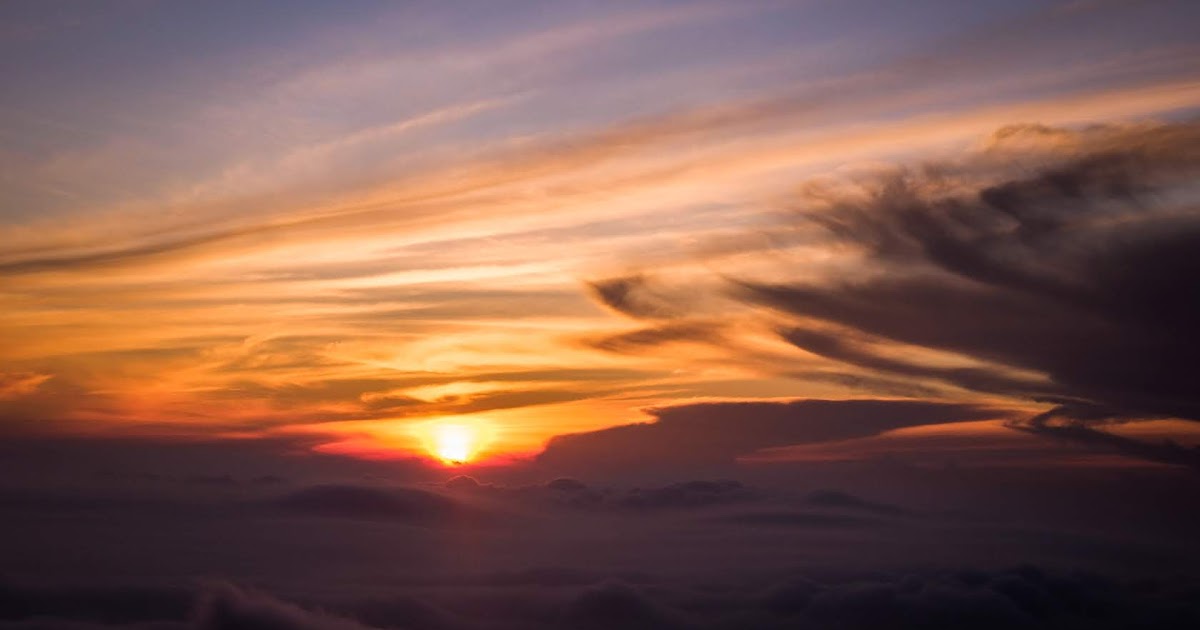 We started our morning in Kandy and rode that famous blue train to Hatton with a bunch of other tourists who got straight into the taxis waiting at the station. We ignored the drivers telling us there was no bus, walked to the local bus station, caught a bus to Maskeliya and then another one to Nallathanniya (the town at the base of Adam’s Peak).

We stayed at Green View Guest Inn because it was the cheapest option at the time, but it would be a good idea to just walk around when you arrive and find a nice place to stay that has its own restaurant, as there aren’t many options in the town itself. We got snacks for the next day, had dinner at our guesthouse, and had a very early night, ready to wake up at 2 a.m. to begin our climb. 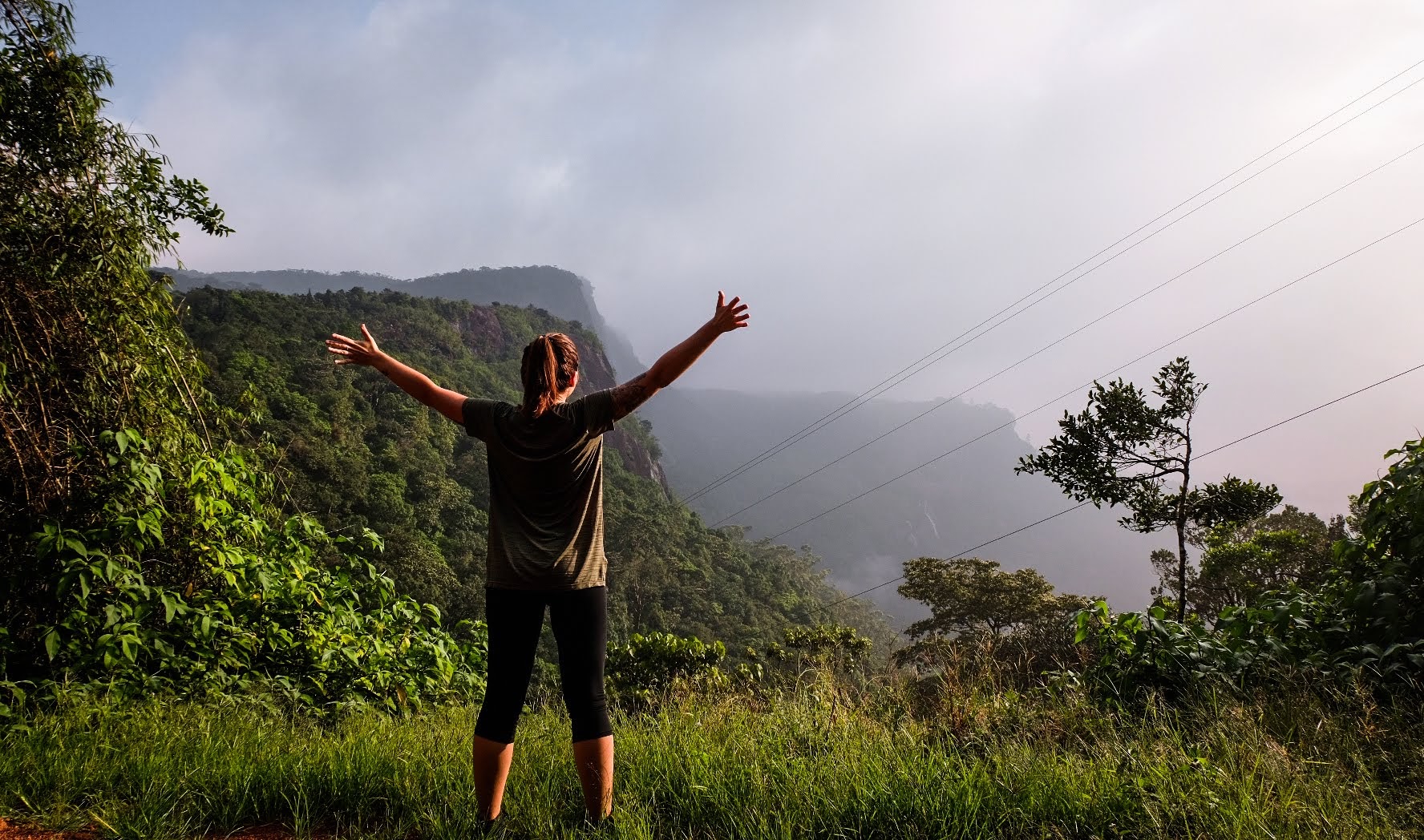 Here’s one major thing to keep in mind… during high season they recommend starting your hike at 2 a.m., I thought it was because you have to climb 5200 steps to reach the 2,243 m high peak but now I realise it must be because you have to queue with hundreds or even thousands of other people.

During the low season, unless you’re reeeaaally damn slow, you do not need to leave this early. I’m seriously slow going uphill, especially at 2 a.m. with no food in my stomach and too many dizzy spells to be normal, having to stop every five minutes to catch my breath before I passed out, and I still made it up in 2 hours.

That meant waiting at the peak, in the dark, very high winds, freezing cold, for two hours before the sun even began to rise. Luckily we were well prepared for the cold, and you should be too. Pack more layers than you’ll think you need, including gloves and a hat if you have it. A windproof/waterproof jacket would be ideal too because there’s no shelter up there. 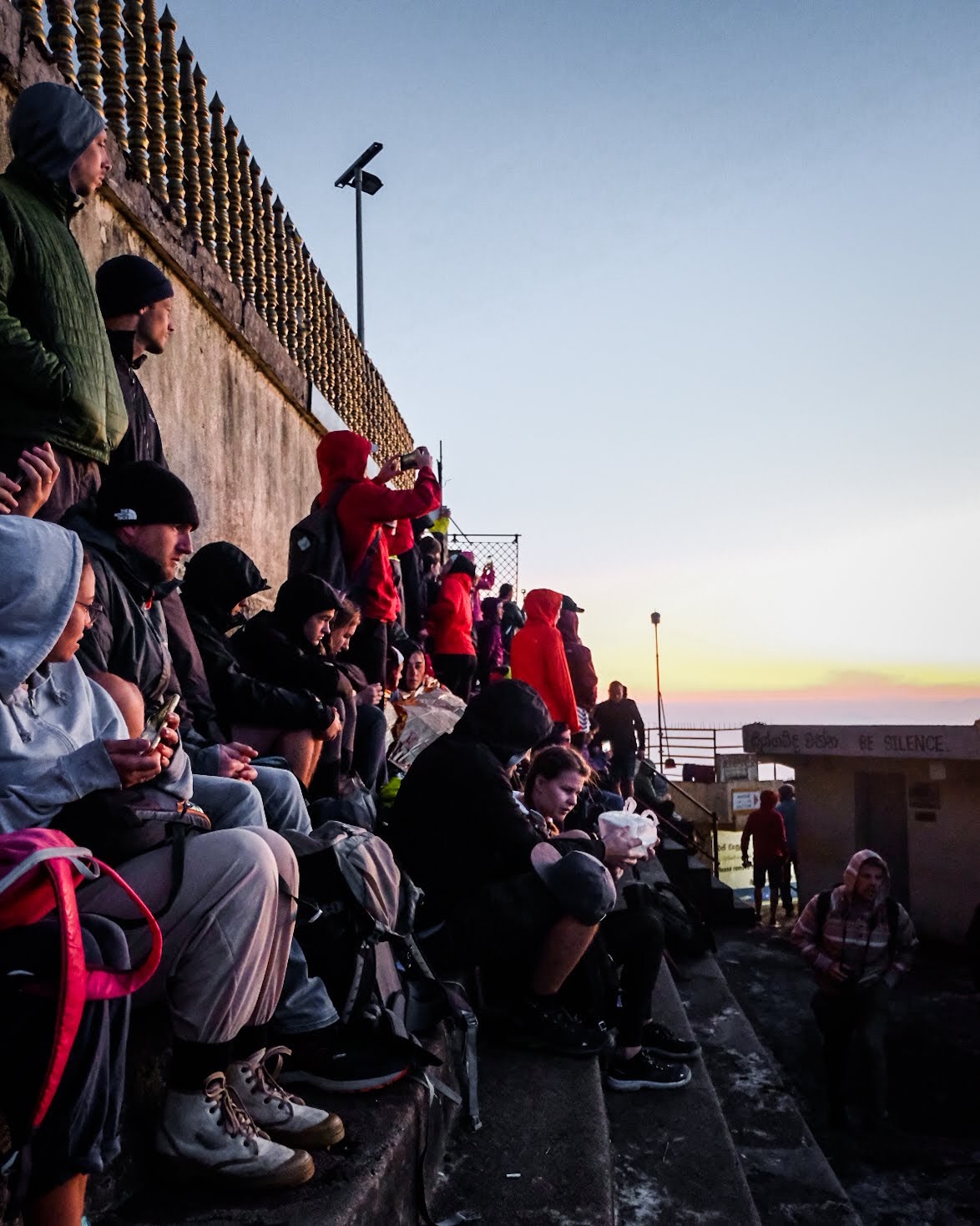 One big positive of doing this hike in the low season means that there are hardly any people. By the time the sun came up, there was probably only 30 people up there compared to what I imagine is absolute chaos during the high season. So far so good, even though I could have slept in for another two hours I still made it up in good time and didn’t freeze to death waiting at the top. The crowd was tiny and we even had tea to drink courtesy of one guy up there selling hot drinks!

The reason I was so disappointed was the peak itself. I’m not one for looking at pictures before I visit a place because I want to experience it for myself with fresh eyes, this was a mistake on my part. I expected the typical mountain peak, maybe a small temple and a bit of open space where people can sit to enjoy the atmosphere and the view.

However, at the peak is one temple which is fenced off and completely inaccessible during low season, you can’t even walk around it meaning you’re missing the view on one entire side of the mountain. The other side is almost completely blocked by ugly concrete buildings and the rest of it is obscured by chain-link fences. So the reality of this summit was a bunch of cold people huddling between concrete steps and concrete buildings, struggling to view anything of the sunrise, unless you had a spot on the top step. In high season at least you would be able to get inside the temple and see a 360-degree view! 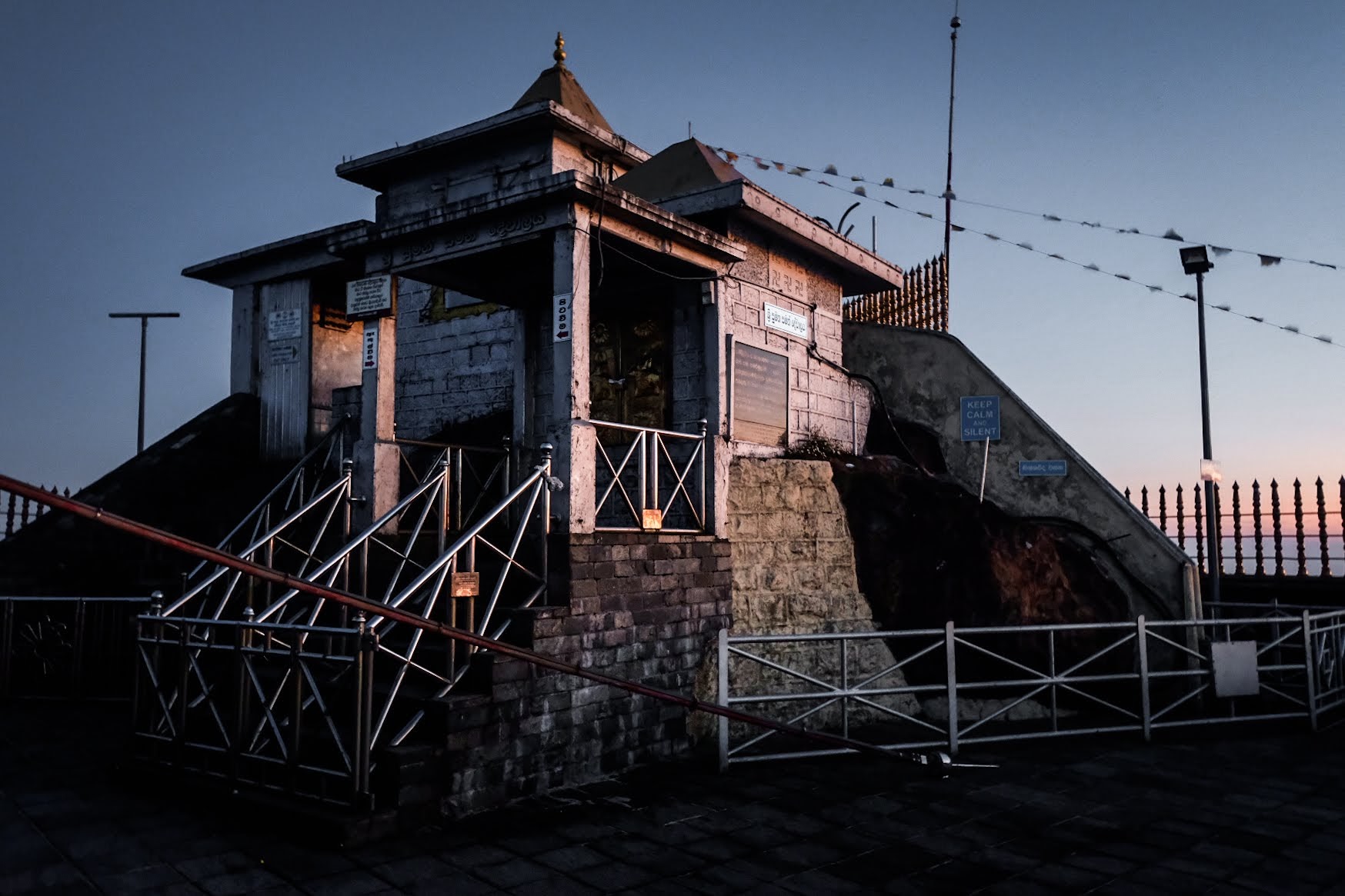 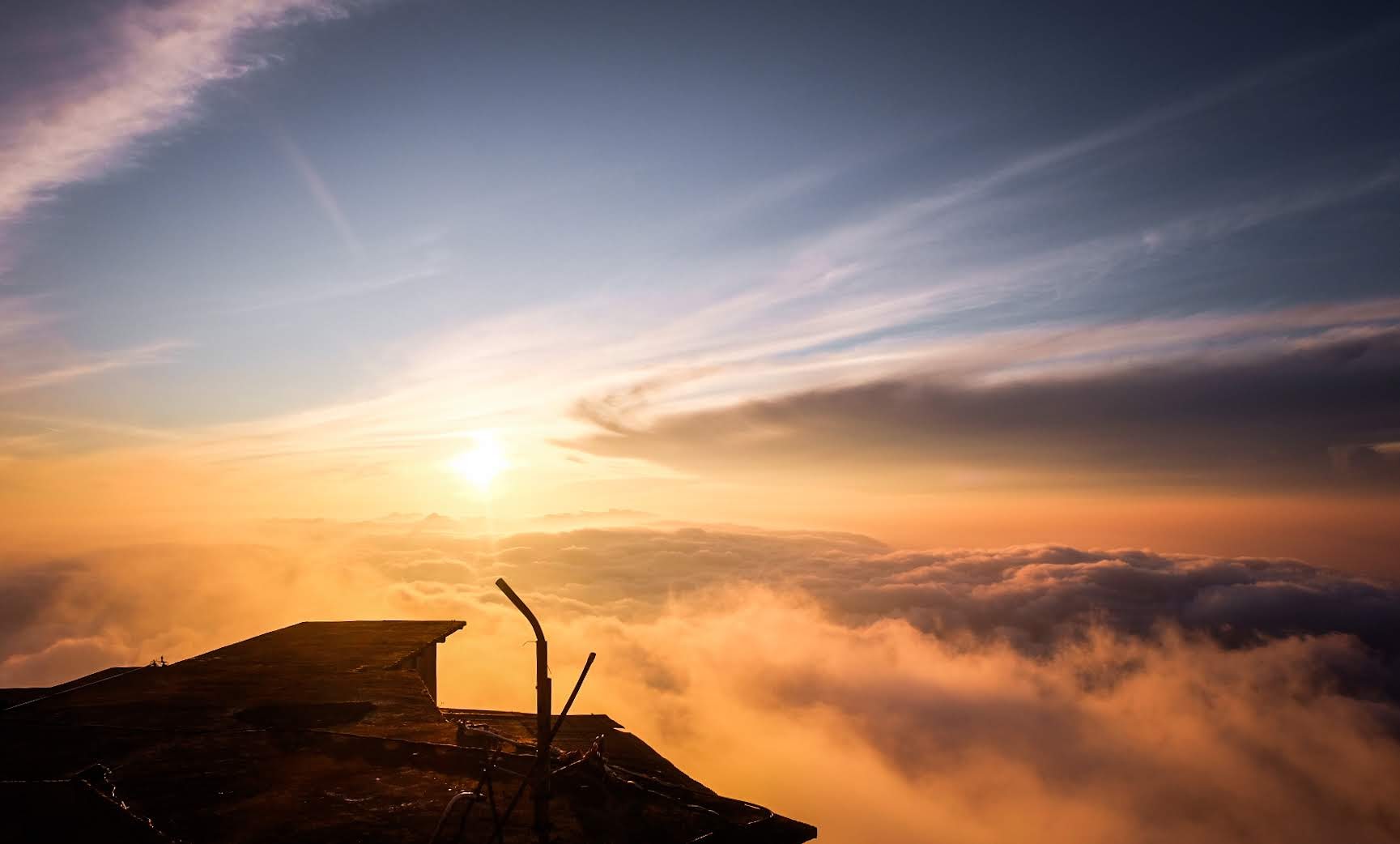 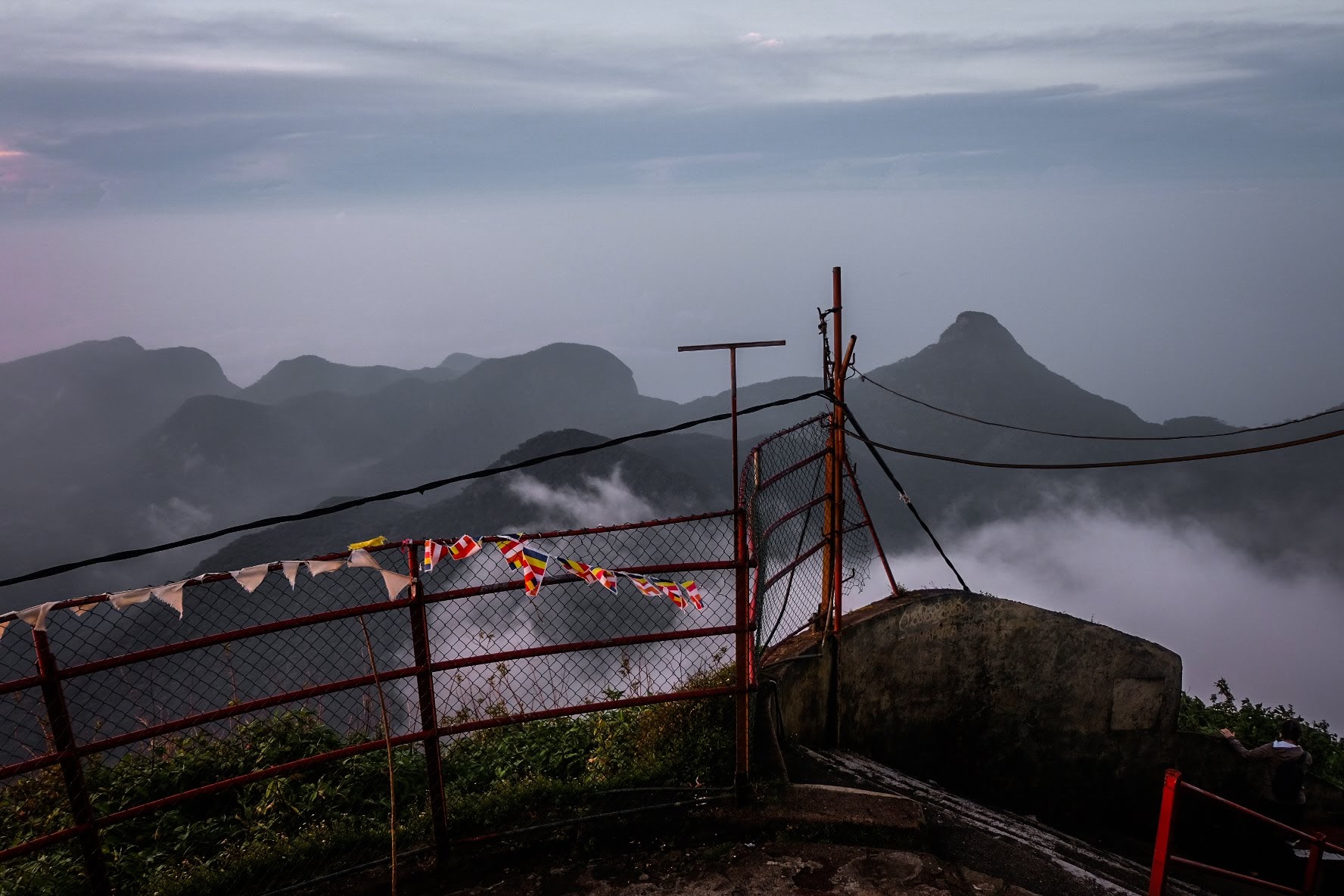 So, the climb up was much quicker than expected, the sunrise view was worse than expected, but the climb down was much more enjoyable than expected! Normally it’s my worst nightmare (thanks dodgy knees) but it was nice to finally see everything we missed on the way up in the dark. We descended into the clouds, then out of them, the emerald valley opening out before us. We saw temples, monkeys, waterfalls, and finally got a clear view of the peak itself once the clouds cleared enough. It’s a really pleasant walk and one I can recommend, you don’t have to come just for sunrise!

Although I was disappointed by the peak itself and the lack of view (my fault for having such high expectations), it was actually just nice to get off the train, stretch our legs, and climb a mountain. It’s really one of my favourite things to do! So after all that, would I still recommend this hike? Yes, I would.

If you’re visiting between December and May I would recommend getting up at 2 AM and joining those immense queues to reach the top for sunrise (if you’re lucky), because that is the proper pilgrim experience. If you’re there any other time, or not bothered about sunrise, then go, but get a few more hours sleep before you tackle that humid, sweaty climb. 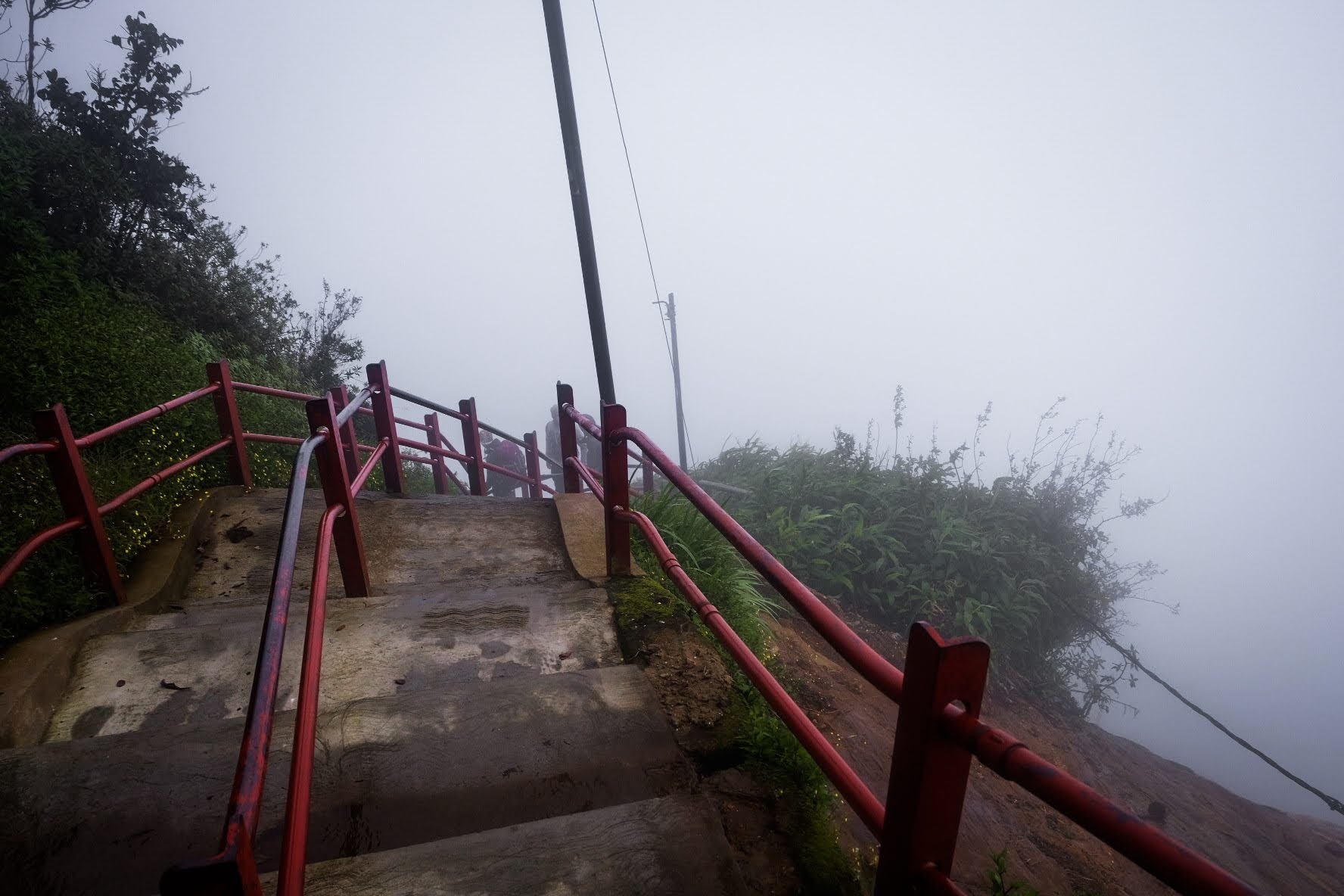 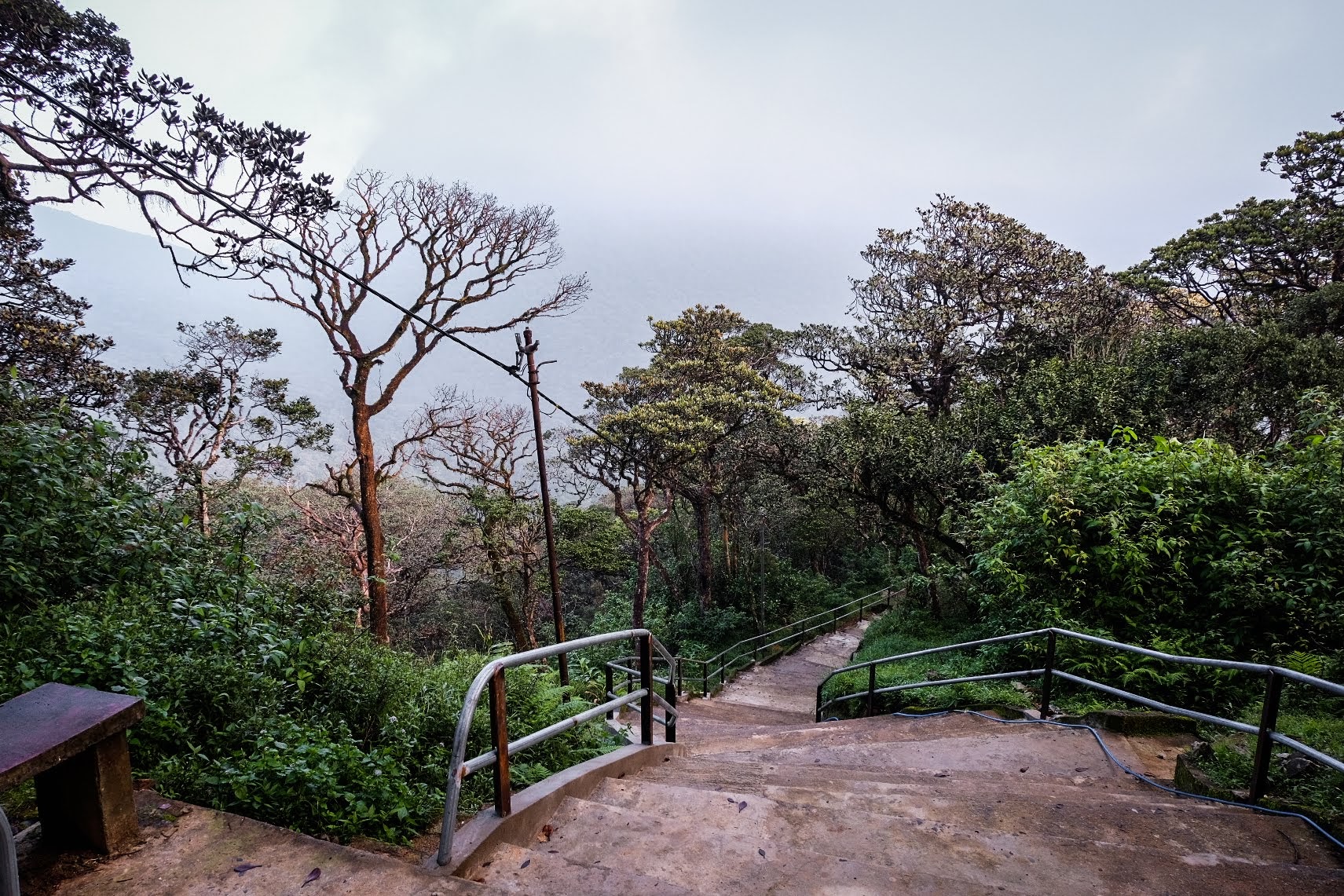 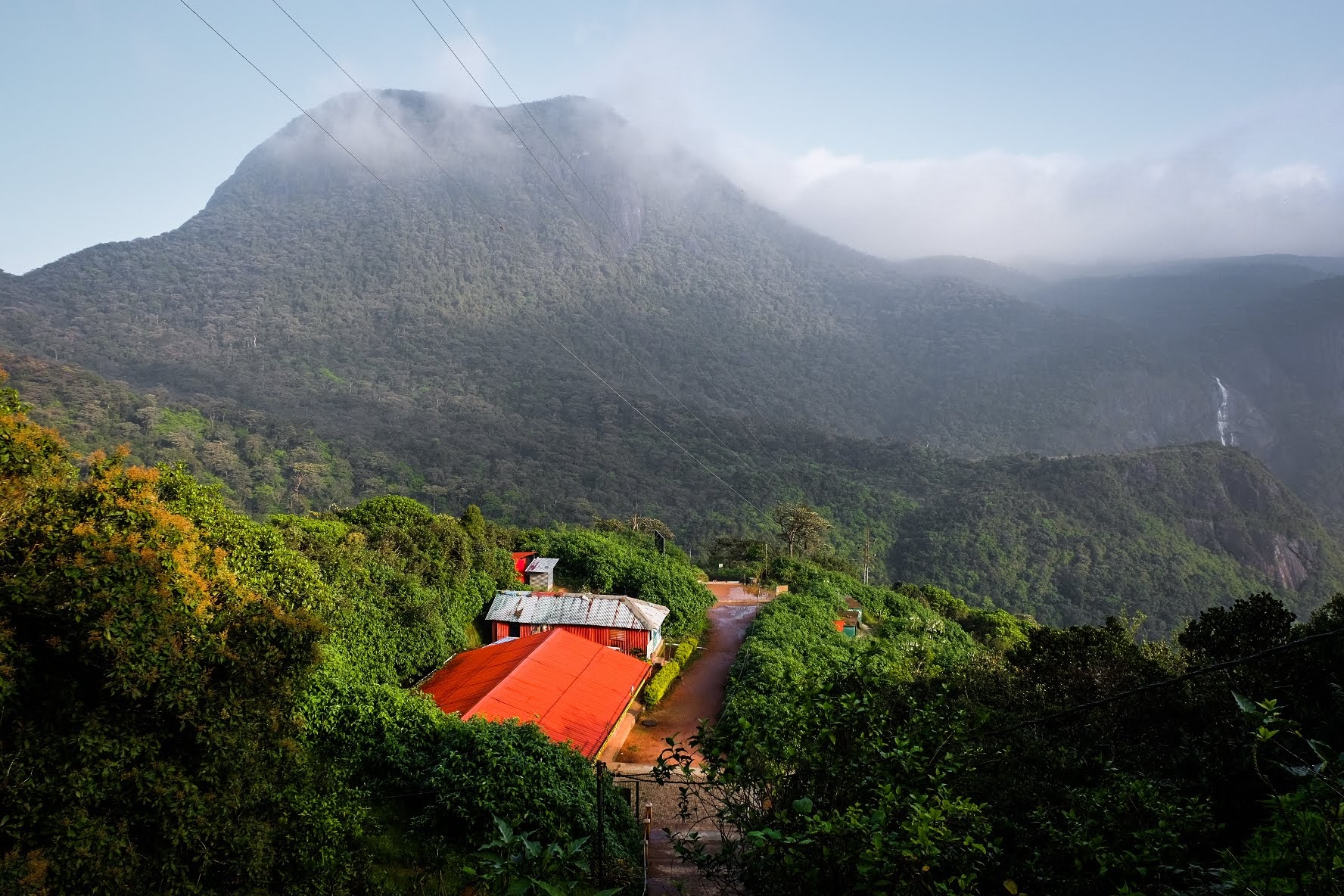 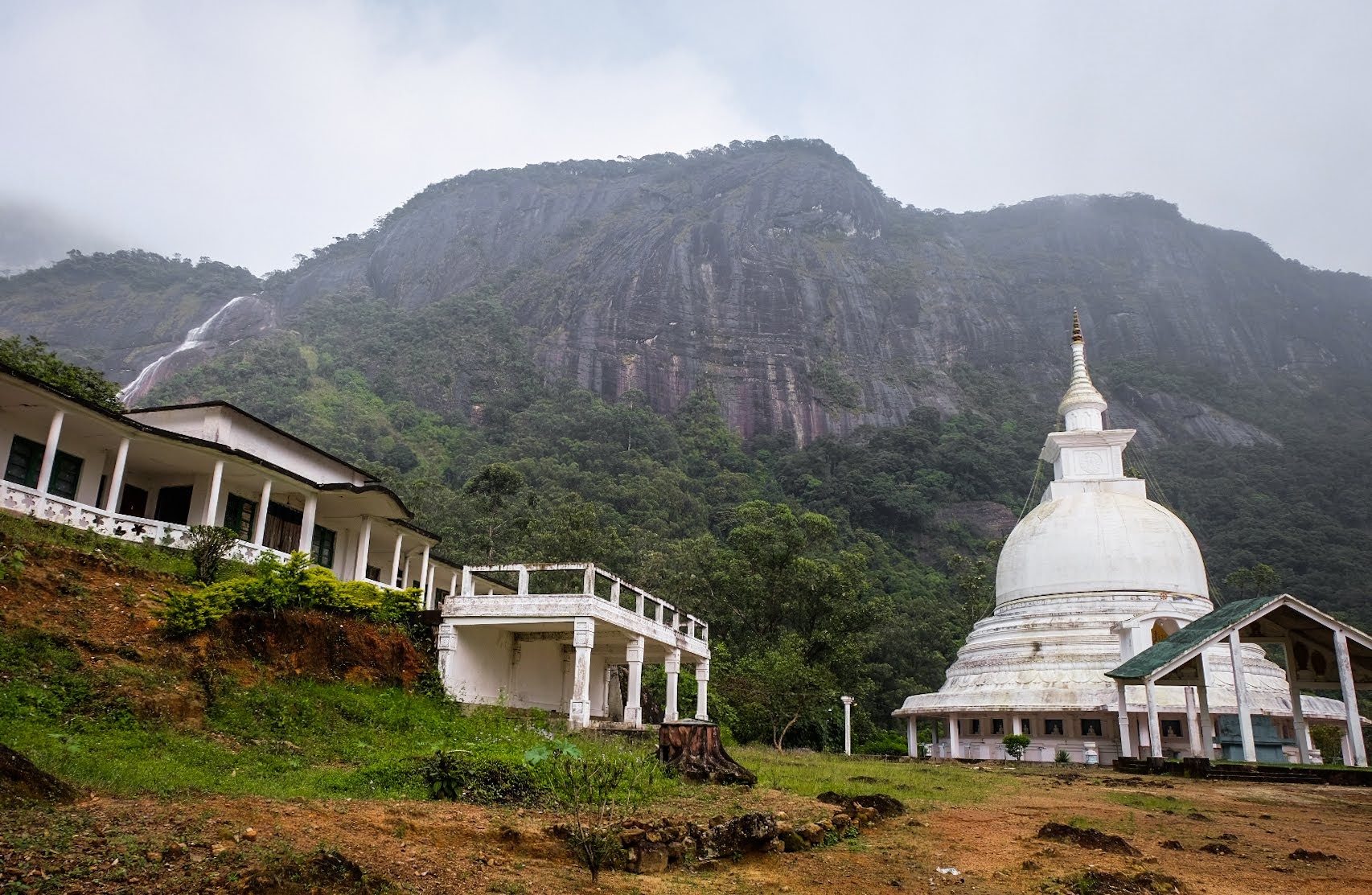 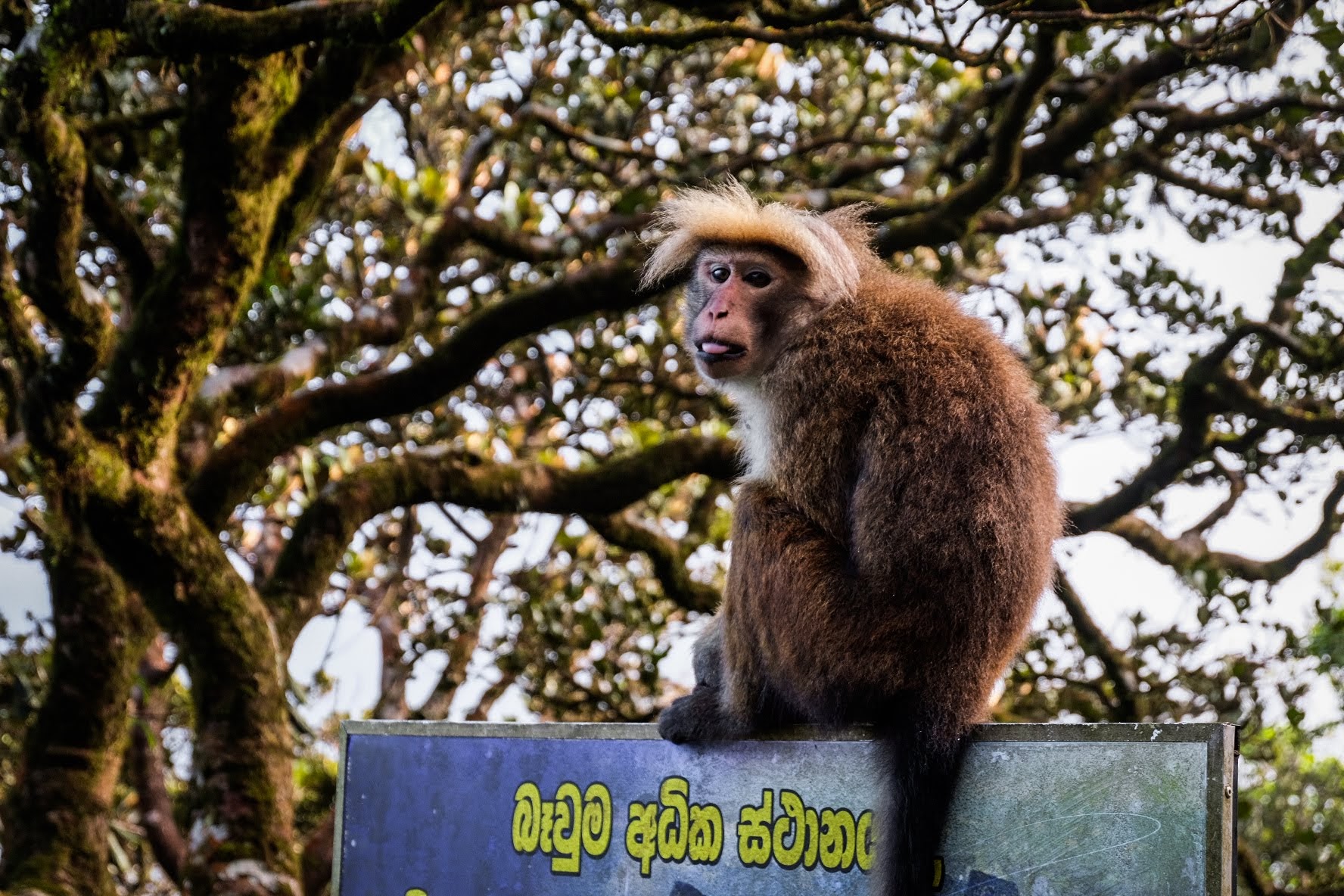 Have you climbed Adam’s Peak? How was your experience? Let me know in the comments below!